While it remains well documented that Princess Grace of Monaco died after her Rover P6 3500 plunged off a mountain pass, what's less well-known are the mysterious circumstances thereafter...

Old cars possess an almost talismanic quality. No other man-made object boasts the same disturbing allure of age-old metal and drivetrain. More emotions are involved with our classic cars than most human relationships.

It’s why tales of crime and death surrounding vehicles – now cherished by devoted custodians – offers a mixed bag of perverse interest and cultural modelling. None with the same blend of mystery and uneasy fate as Grace Kelly’s accident behind the wheel of her Rover P6 V8. 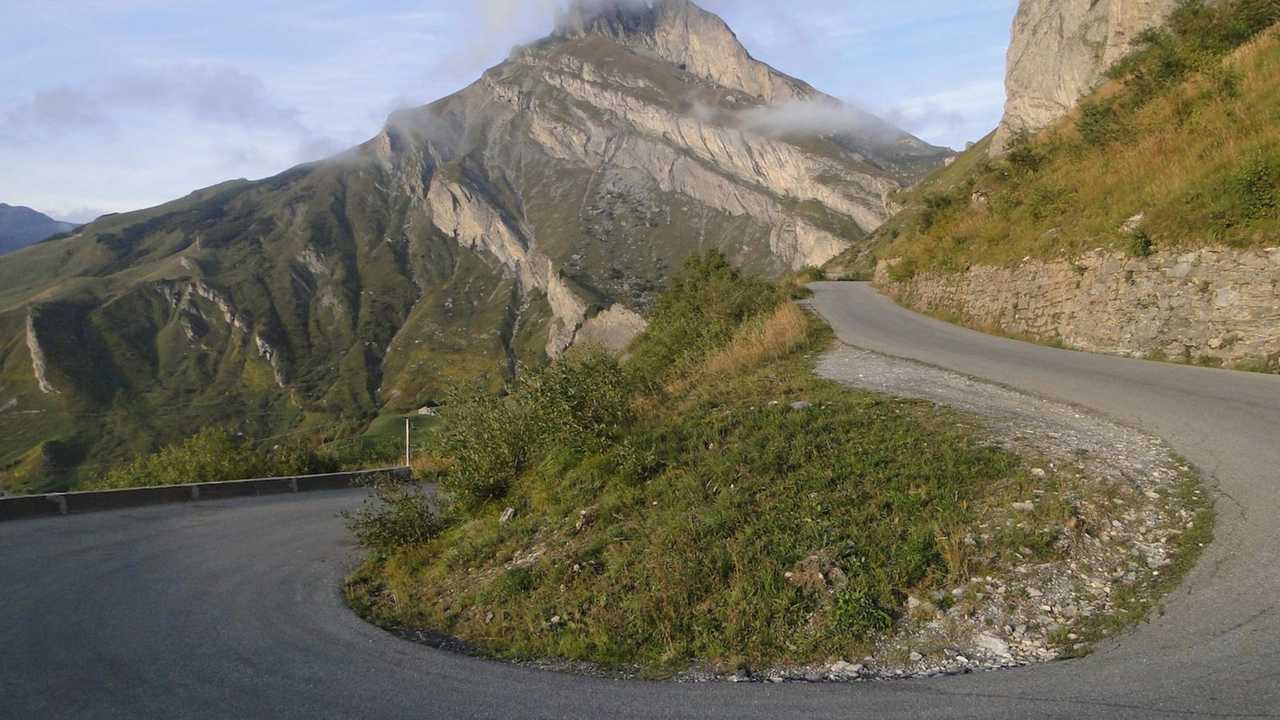 While France’s steep, winding southern roads of Corniche no longer radiate with the sun-drenched image portrayed by 1950s cinema, instead relegated to the contemporary curse of sluggish gridlock and nervous traffic lights, the tarmac undulations remain ultimately demanding.

It was on this road – the D37 – that Princess Grace of Monaco suffered a devastating incident on 13 September 1982; her dark green Rover lurched over the edge of a 120-foot mountainside drop, rapidly spiralling into the undergrowth with a masticating crunch of metal.

Princess Grace was returning from her Roc Agel holiday home, her car over-packed with belongings, bags and hatboxes, with dresses draped over the rear seat. Her daughter was in the passenger seat, concerned about her mother’s pace, having watched Kelly dismiss the chauffeur before they tanked off in the British V8. 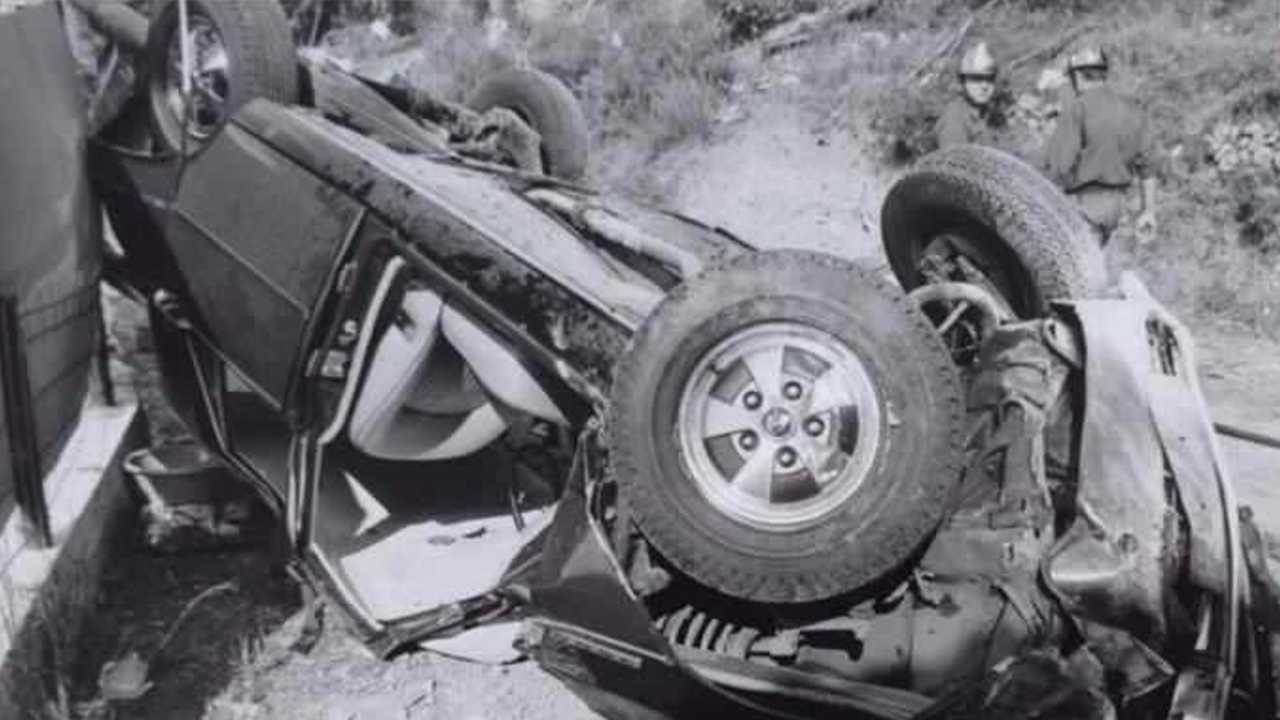 This was highly unlike her mother’s usual approach to transport. Grace was reputedly a rather poor driver, having abandoned her desire for automotive self-reliance after an accident in Monaco during the 1970s.

Employing the use of a black London taxi, the traffic abrasion caused her to declare: ‘I’ll never drive again’. Therefore, tackling a challenging, dangerous mountain road in a hurried state highlighted that something was very wrong.

As the Rover descended from the Roc Agel, a truck driver was traversing the ascent in the opposite direction. He noticed that the oncoming green saloon was swerving erratically, approaching the infamous ‘Devil’s Curse’ at an alarming speed. 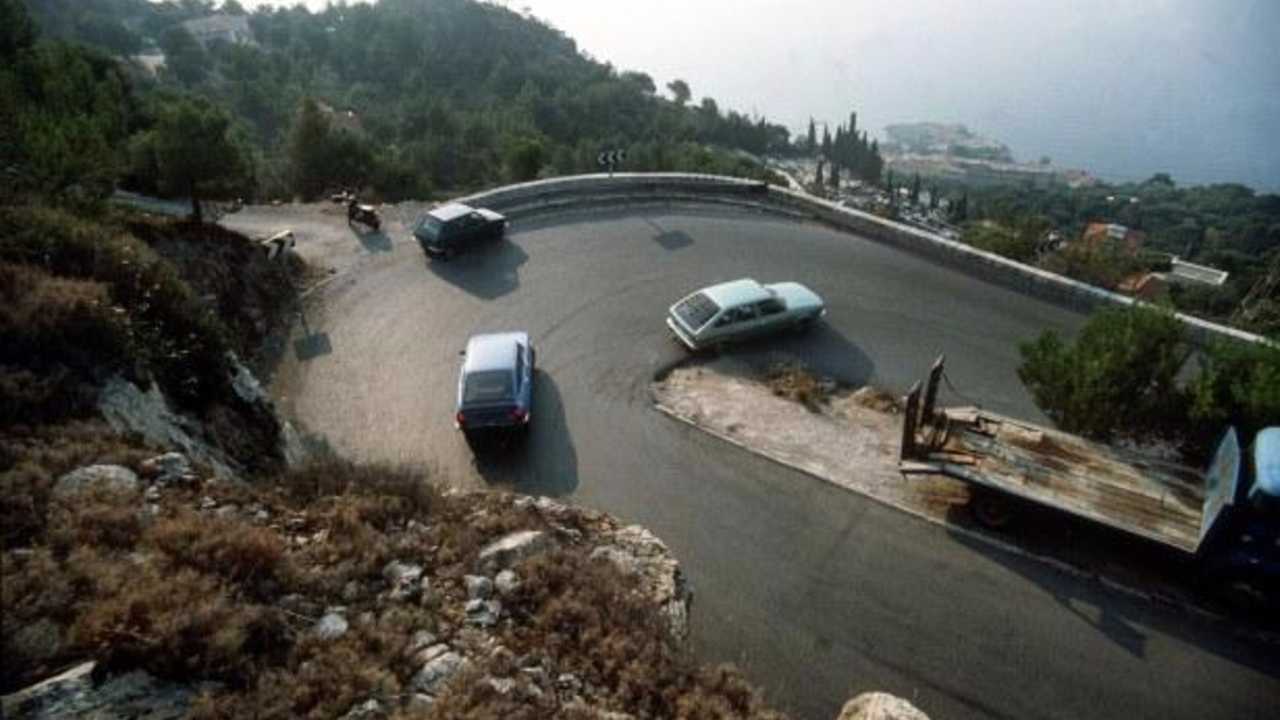 As he sounded his truck’s horn to alert (what was presumed to be) a driver asleep at the wheel, the P6 accelerated hard and smashed through the retaining stone parapet before rolling 32 metres down a rugged hillside.

Although both occupants were still alive, Grace was mortally injured and the car was now a mangled wreck. Initially appearing to be mostly in shock with bruises and wounds, Kelly had actually suffered a stroke, falling into a coma before suffering further with a brain haemorrhage. Her husband, Prince Rainier III, made the painful decision to terminate her life support system two days later. She was 52 years old.

A reported audience of 100 million mourners worldwide tuned in for Princess Grace’s televised funeral, resulting in an emotional farewell for a distinguished Hollywood icon turned Monaco Royal, bringing a modern fairy tale to a disturbing close.

Watching with a heavy heart was her daughter Stephanie, having escaped the wreckage with little injury at all. Tabloid speculation claimed that Stephanie had been driving and was therefore responsible, but this rumour was quashed when senior officials reported that Stephanie had told her sister, Caroline:

It was after this citation leaked to the press that wild speculation ran amok across Grace’s blemish-free public mantra. The rumour mill exploded after British Leyland, the Midlands-based British manufacturers of the Rover P6 3500, sent their top engineers to examine the wreckage, hidden away at an undisclosed location after a frenzied clean-up operation. Police were told to ensure prying eyes didn't witness the distorted Rover’s remains. 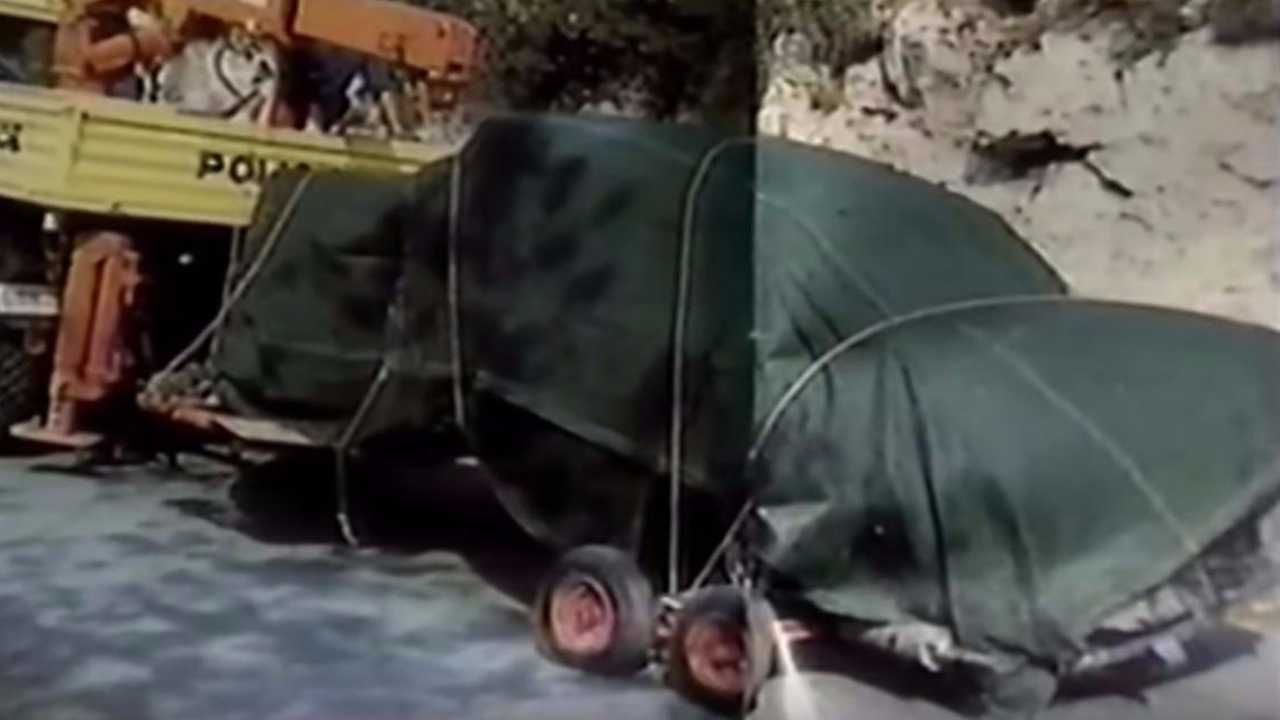 What happened to the Rover P6?

If a fault with the car was found, it remains unpublished to this day. Instead, with no news on BL’s findings, the car was judged to have been in rude health. Hurried along by authorities, after the British Leyland crew departed for home, the Rover was then destroyed.

The once proud steed of Monaco’s finest was transported to a breakers yard, where it was crushed into a cube and then, mysteriously and unceremoniously, sent out into the clear blue Mediterranean and sunk. No parts appeared to have been removed before the wreckage was dropped into the crusher, the exact resting place of Kelly’s P6 unknown to the rest of the world. 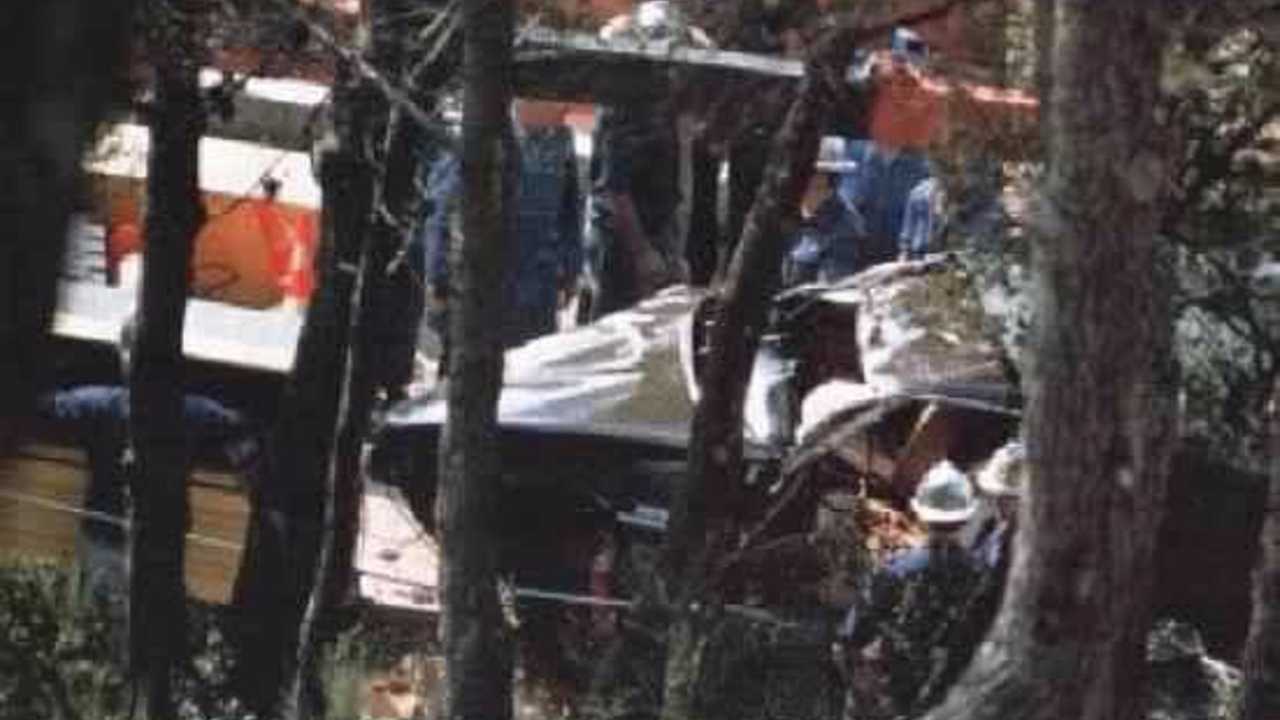 But Princess Grace’s death still offers cause for speculation. Why was she so determined to escape her holiday home with her belongings with such haste? Why was her daughter almost untouched in the crash whereas Kelly suffered the indignity of ending up on life support? Why was the green Rover P6 V8 disposed of in such a manner?

Truth be told, the circumstances surrounding the 1982 accident are unlikely ever to become public knowledge, but examining the evidence available brings proceedings to a disturbing perspective; was it automotive sabotage?

Was the Rover sabotaged?

Tales from the crypt remain steadfast surrounding Kelly’s final years. She was reportedly unhappy in her marriage and a fortified member of the incredibly crass, eroticised Doomsday cult known as the Solar Temple.

Grace, apparently well-known to her peers for a voracious sexual appetite, was seemingly a High Priestess. Quite what this involved will forever remain open to theory, but a further concept veils a dark secret – which if true could hold vital suggestion as to Kelly’s death. 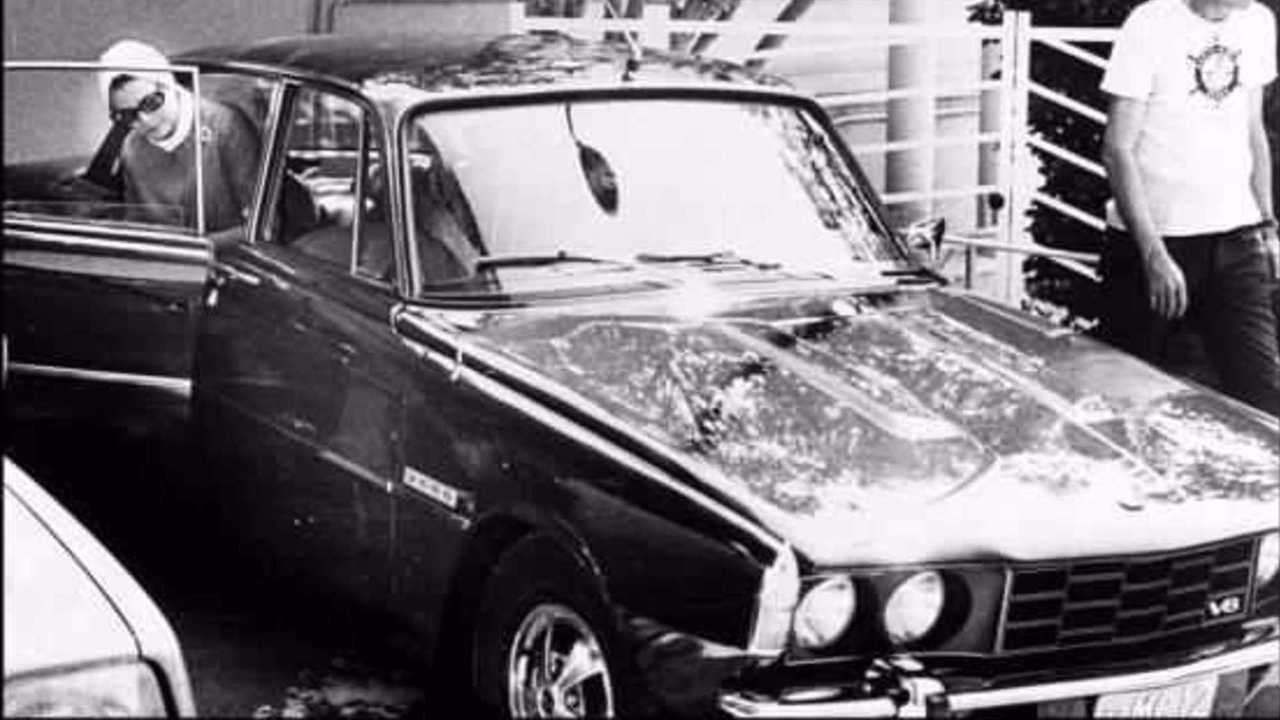 It is thought that the Solar Temple was a front for the CIA and their Operation Gladio, a Cold War enterprise to provide resistance in the event of high tension dismissal of the Warsaw Pact. Could Grace have been a CIA informant? The proposal sounds absurd, but with rumours of Prince Rainier III enjoying the fruits of unscrupulous business contacts, could the Americans have been watching him?

Rainier III was also a member of the notorious P2 Masonic Lodge, infamous for infiltrating the Italian government and bringing authorities to near destruction. As a result, Italy banned secret societies on 24 July 1981 – but not before a list of members were leaked to the press. With Rainier's name thrust into the public limelight, it rocked the very foundations on which the principality of Monaco was based.

So, was Kelly being blackmailed by Joseph Di Mambro, a founding member of the Solar Temple? Had it all gone wrong, and Kelly, therefore, had to be silenced? For those seeking instant answers, it provides a means to an end. If the Rover’s braking system had been incapacitated, it would have made for the perfect ‘murder’; masked by the premise of a terrible accident. 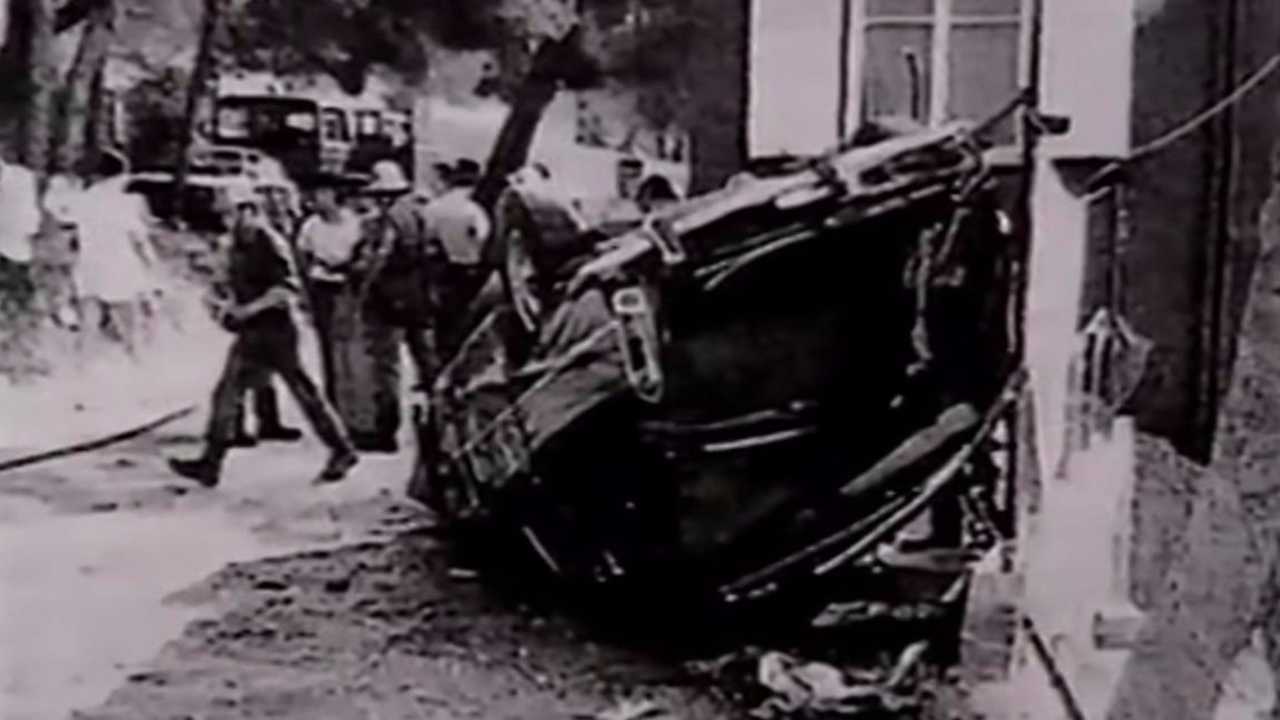 However, these thoughts are cynical. While it remains well documented that Grace was infelicitous in her Royal marriage, the accident could have been a legitimate calamity. Perhaps a direct result of over-stuffing the car and having to dismiss the everyday chauffeur, Grace’s decision to attempt the sinuous descent from the Roc Agel holiday home sealed her own fate.

One thing we do know is that the crash didn’t take place upon the filming location for Alfred Hitchcock’s To Catch a Thief, a star-studded vehicle for Grace Kelly at the height of her Hollywood stardom, as per urban legend. However, it did rather spookily occur close by. Her transport in that film had been a blue 1953 Sunbeam Alpine.

Whatever the cause, any further clues rest at the bottom of the Mediterranean; encased in a cube of softened rusty sludge that was once Grace’s stately Rover. We’ll leave the verdict to you.