Why We Saved This Doomed 1995 Renault Clio Mk1

You may deem the first-generation Renault Clio unworthy of your time – but if you delve in, you’ll find even the basic model offers substantial merit – which is why our Editor bought one. Although there is a more heartfelt reason...

Some cars have unfairly disappeared from Europe’s highways. Whether they were swallowed by the Government’s infamous scrappage scheme, or driven into the ground by heinous custodians thrilled with access to yet another unappreciated, and therefore cheap, modern classic; the likes of early yet charismatic basic Peugeot 205s and Vauxhall Novas have been all but wiped from the road.

First-generation Fiat Unos are nowhere to be seen. Rover Metros have fallen in number like attendance figures at a UKIP rally, ditto original Vauxhall Corsas. Such ubiquitous cars are now clocked on public roads less often than an Audi driver following the Highway Code. However, rarity doesn’t always mean valuable.

If you scroll through the classifieds, you’ll have no trouble sourcing a cheap Ford Fiesta MkIII or Fiat Punto. Yet finding a good one is a different story. Most have been run on a shoestring, having been purchased for less than Ian Duncan Smith’s breakfast tab. As a result, sourcing a low-mileage, rust and molestation-free supermini from the 1990s is a task purely for the patient.

Therefore, witnessing healthy specimens being hauled off to the scrapyard for little more reason than to get £2000 off a soulless new monstrosity – designed to run only until the electronics give way – unsettles the soul.

This concept boiled my blood enough to prompt my latest purchase. Bouncing around forums and social media, I’d seen a desperate Phase 1 Renault Clio that was signed off to be crushed and recycled. No one wanted it – and, to be fair, the dealer was trying hard to ensure it found a home rather than became bean tins.

On paper, it may have held three minutes’ worth of MoT and offered all the desirability of an evening watching paint dry, but French superminis in proper boggo spec boast huge chunks of je ne sais quoi. It doesn’t matter if the seats are cloth and interior plastics are of iffy quality; such machines offer an ambience of inane serenity and indestructibility – regardless of where the gaunt front end is pointed.

It boggled my mind as to why such a healthy specimen – presented in grey with only a few blemishes and dents worth noticing, and little over 60,000 recorded miles – had been condemned to a date with the fateful claw. Boasting only two previous owners, the humble 1.2-litre Oasis edition had been traded in to get money off a new Kia. Residing in a Southampton yard, with no takers, it highlighted a worrying trend.

It seems that, in the downward value spiral, it’s always the superminis that suffer the most. Luxury barges and sports saloons command respect despite sitting at the bottom of the price trough, and therefore survive to become plentiful modern classics.

If there’s a sports derivative, the marque and model remain respected; the Peugeot 205 T16 and Talbot Sunbeam Lotus, for example. Even the Clio Williams keeps the original shape alive on the show scene, despite standard examples falling by the wayside. The Nissan Micra remains the lone child – it never spawned a worthy motorsport derivative. Prone to rust and worked into the ground, it had no opportunity to live on even as a shell donor.

With swathes of superminis from the era of Britpop and Brosnan’s Bond rotting in fields and being cubed at the oily hands of various scrapmen, it’s proof that scarcity doesn’t always equate to value. As such, while the Clio may offer ease of maintenance, cheap tires and fair parts availability – albeit panels and trim are now proving troublesome to source – it’s still effectively worthless. 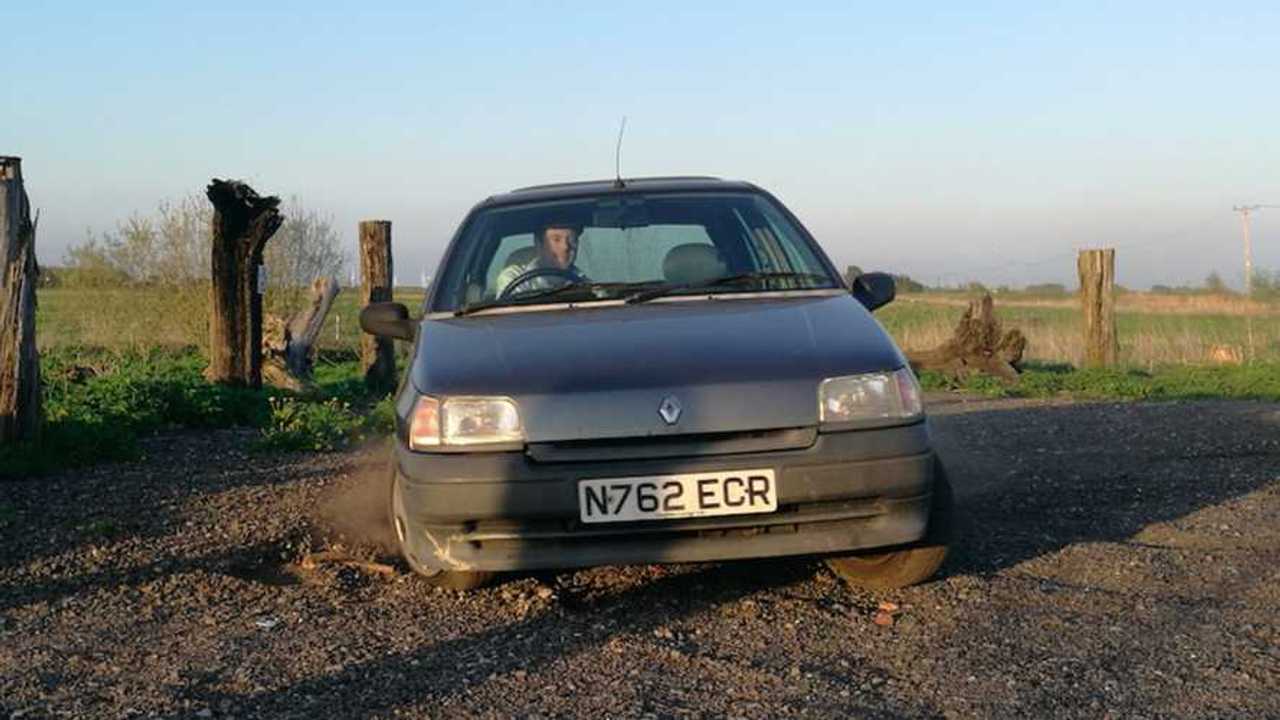 Which is exactly why, at the 11th hour, I saved this one. And you know what? It’s bloody fantastic. So much so, it’s lately become the Motorious office’s preferred commuter machine. Those of us who car share have even fought over who gets behind the wheel.

It churns out less power than a motorized food blender, and screams at anything above 65mph like the victim in a 1960s’ horror B-movie. Yet, the engine returns close to 45mpg, and the long-travel suspension beautifully cushions virtually any undulation the road throws at it. The damn thing handles like it’s on rails, too. Chucking the nose into even the tightest bend results in very little stress, paired with enough body lean to unleash the 17-year-old hidden deep inside you.

There is another reason for the purchase, however – and it’s a reason close to my heart.

Late last year, I lost my grandmother. She was a typical Scottish warrior; took no nonsense, yet strived for family time and forever supported everyone. If any direct relation had taken up work as an axe murderer (although, to my knowledge, they haven’t), she’d have knitted an axe cosy and sent it to their prison cell.

Besides teaching me the importance of life, my grandmother remained the go-to lady in times of worry and success. With my parents so busy running their own businesses, I spent a considerable amount of time with my grandparents. She was my second mother, and her loss was crippling. As the matriarch of the family clan, she’d charged about in a Clio back in the 1990s – an example almost identical to this one facing the end.

As I sit in the cabin surrounded by the trim, sounds and fabrics that accompanied my childhood jaunts through the Scottish borders and beyond, I find consolation flavored by my formative years. I can hear her voice cursing the central locking, and her chortles as she double de-clutched to catch the right gear for one of the area’s remarkably steep hills.

Strange as it may sound, the Clio seems to channel my grandmother’s mantra. Glancing over the dashboard almost stings as it reminds me she’s no longer here, while simultaneously raising a smile as I recall why the car strikes so many memories.

The stupid things, like the times Terry Wogan made an unsavory joke on Radio 2 and she retaliated with something that had me laughing until my sides hurt. Or simply listening to the wipers as rain pelted off the windscreen, lulling me to sleep en route home from a day at the beach. Life felt better then.

For this reason alone, regardless of the hefty merits already presented, the little Renault won’t be going anywhere. While people don’t get a second chance at life, this Clio will. 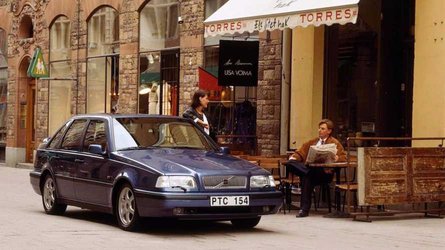 This Unloved 1980s Volvo Is Gearing Up For A Comeback

As saloons from the 1980s find favour with new enthusiasts, there's one forgotten model that's slowly emerging as a ...
By Calum Brown May 12, 2019
features
Shop Classics 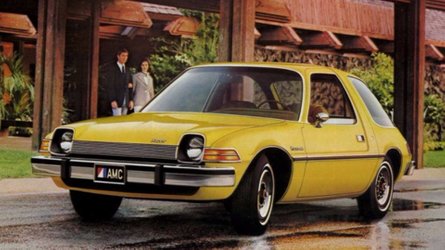 Is It Time To Love America's AMC Pacer?

Open your heart to an underdog. The AMC Pacer may have a face only its mother could love, but there is far more unde...
By Calum Brown May 04, 2019
features
Shop Classics 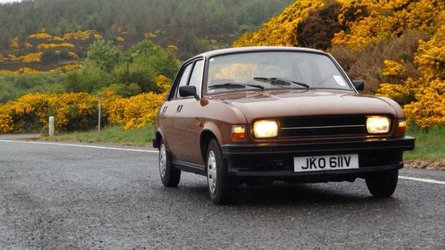 We've Bought The 'Worst Car In The World' – An Austin Allegro!

Lampooned and ignored, the humble Austin Allegro hides substantial merit underneath a sordid reputation. Our Editor ...
By Calum Brown May 03, 2019
features
Shop Classics 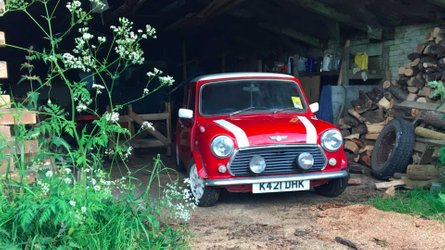 Cheap classic Minis – should you do it?

Not all old Minis cost the earth, but should you take the plunge with a budget car? Our long-suffering but dedicated...
By Calum Brown May 02, 2019
features
Shop Classics
Show Me More