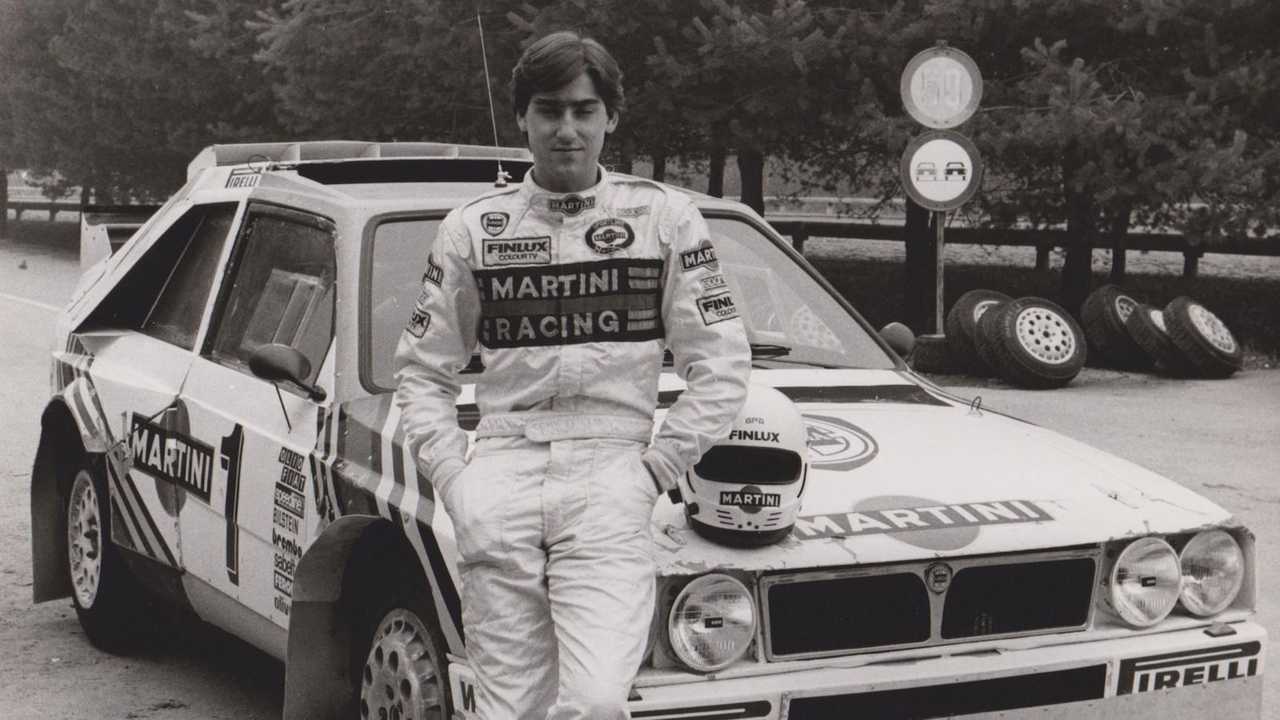 The son of former European Rally Champion Pauli Toivonen, this Finnish star was electrifyingly fast, winning the RAC Rally of Great Britain in 1980 at just 24 years old. Sadly, his name is forever linked with a fatal accident that precipitated the demise of Group B rallying. His Lancia Delta S4 left the road during the 1986 Tour de Corse and crashed into a ravine. The car burst into flames and Toivonen and his co-driver Sergio Cresta were found dead in their seats. There were no tyre marks on the road or other obvious signifiers as to the cause of the accident. 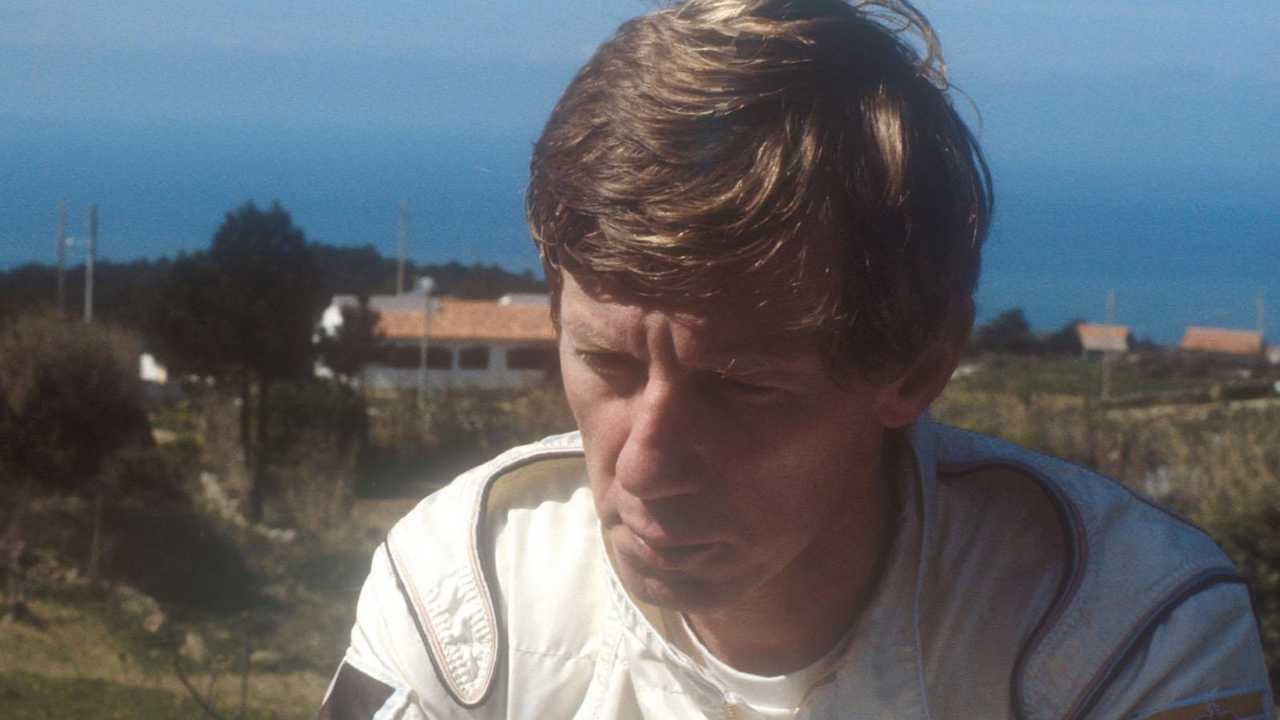 Arguably the most fearless driver ever to sit in a rally car, this former ski instructor was crowned world champion in 1980, driving for Fiat, and again in 1982 for Opel. Röhrl also won the Monte Carlo rally four times for as many marques, and claimed 14 World Rally Championship wins overall. He also triumphed in the 1987 Pikes Peak International Hill Climb, becoming the first man ever to reach the summit in less than 11 minutes. Outspoken, amusing and still blisteringly quick, he was labelled ‘A genius on wheels’ by triple Formula 1 champion Niki Lauda.

This party-hearty Helsinki man was one of the original ‘Flying Finns’, his early exploits involving ice racing a Jaguar D-type in addition to notching up class and overall wins in local rallies. He trumpeted his arrival on the international stage by winning the 1964 Tulip Rally, before claiming his first Monte win a year later. As a works Ford man, he was routinely the fastest Escort driver out there. His hat-trick of wins on the RAC Rally of Great Britain in 1973-75 was testament to this. Nevertheless, Mäkinen lost his seat with Ford to Bjorn Waldegard in 1977 before winding down his career.

Fact: In 1994 he made a short-lived return to the Monte Carlo Rally in a Rover Mini. 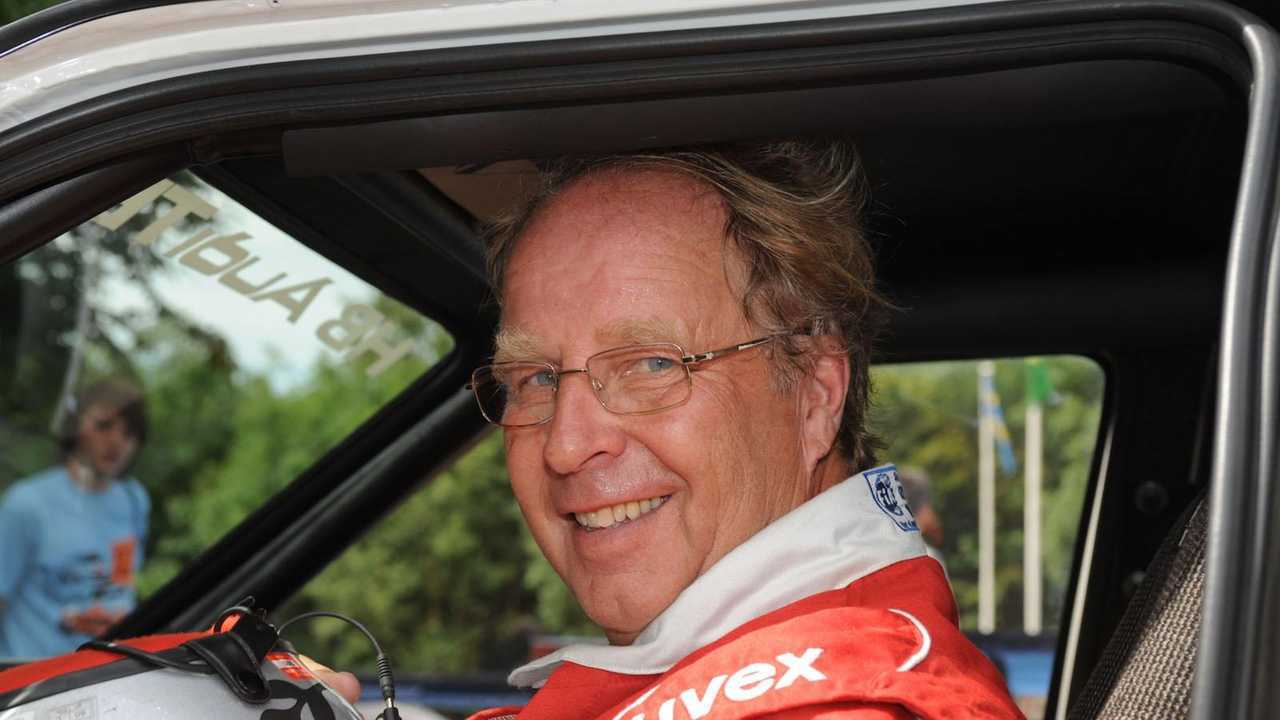 During a career that spanned 31 years, there was little that Mikkola didn’t win. He famously triumphed in the 1970 World Cup Rally, and two years later became the first non-national to claim honours at the East African Safari Rally. Mikkola was crowned 1978 British Rally Champion, and a year later he lost out on the world drivers’ title to Bjorn Waldegard by just one point. He was runner-up again a year later, but won the top prize in 1983 as a works Audi man. He rounded out his career with Mazda to 1991, but wasn’t above making the occasional comeback. 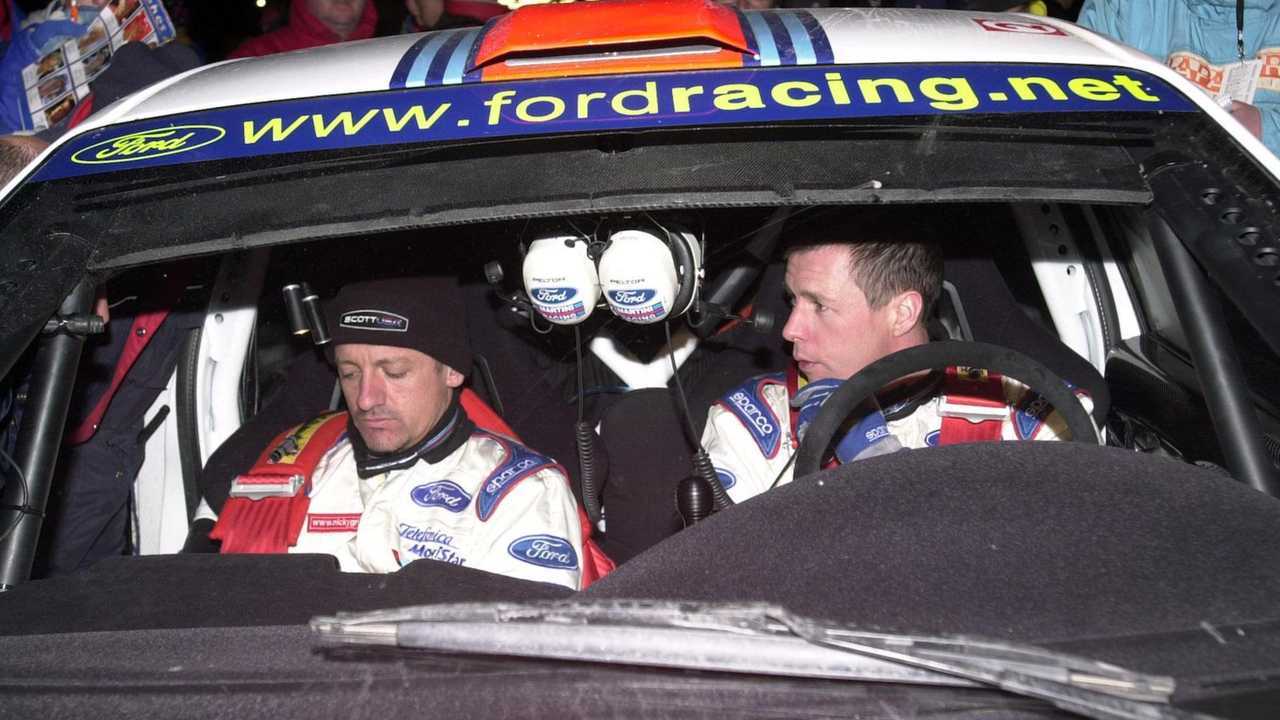 The son of five-time British Rally Champion Jimmy McRae, this Lanark-born charger won the 1991 and ’92 national title before claiming the World Rally Championship in 1995. In doing so, he became the youngest driver ever to take the title, and also the first Briton. He wouldn’t quite reach such giddy heights again, but he was usually in the hunt and always electrifying to watch. His final tally was 25 WRC wins from 146 starts. His death alongside his son and two family friends in 2007 in a helicopter accident robbed motor sport of one of its most brilliant performers.

This intensely focused Spaniard holds the record for the most WRC starts (196), but his initial interest was circuit racing. He proved handy in Formula Ford before heading off-piste and winning the 1987-88 Spanish Rally Championship titles. ‘El Matador’ would go on to take 26 WRC wins and 96 podium finishes, in addition to the 1990 and ’92 WRC drivers’ title. Not only that, he also claimed 1990 Asia-Pacific honours and the 2010 Dakar Rally. Sainz famously lost out on taking the 1998 WRC when his Toyota Celica expired 300 metres from the finish of the final stage of the RAC Rally.

Fact: He was a squash champion prior to turning to motor sport. 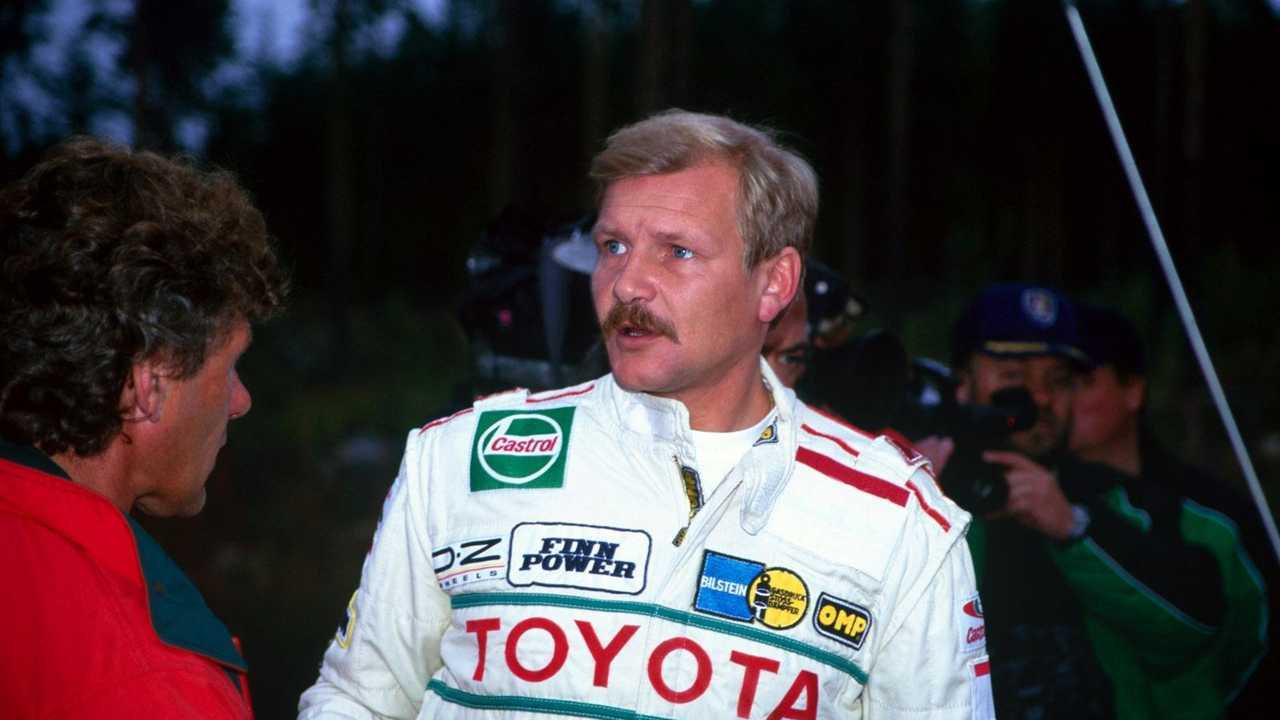 This hugely successful Finn made his WRC debut on the 1979 1000 Lakes Rally. His last was the 2010 Rally Finland. In between, he won 23 rounds and four WRC titles from 162 starts. What’s more, he did so driving for three different factory teams. In 1987, he became the first driver to successfully defend his crown, having moved from Peugeot to Lancia after the former withdrew from the series. He took a then record third title with the Italian marque in 1991 and his fourth with Toyota in ’93. Kankkunen also bagged the 1988 Dakar Rally.

Fact: He set a new Land Speed Record for driving on ice in 2007 – 200mph in his own Bentley Continental GT. 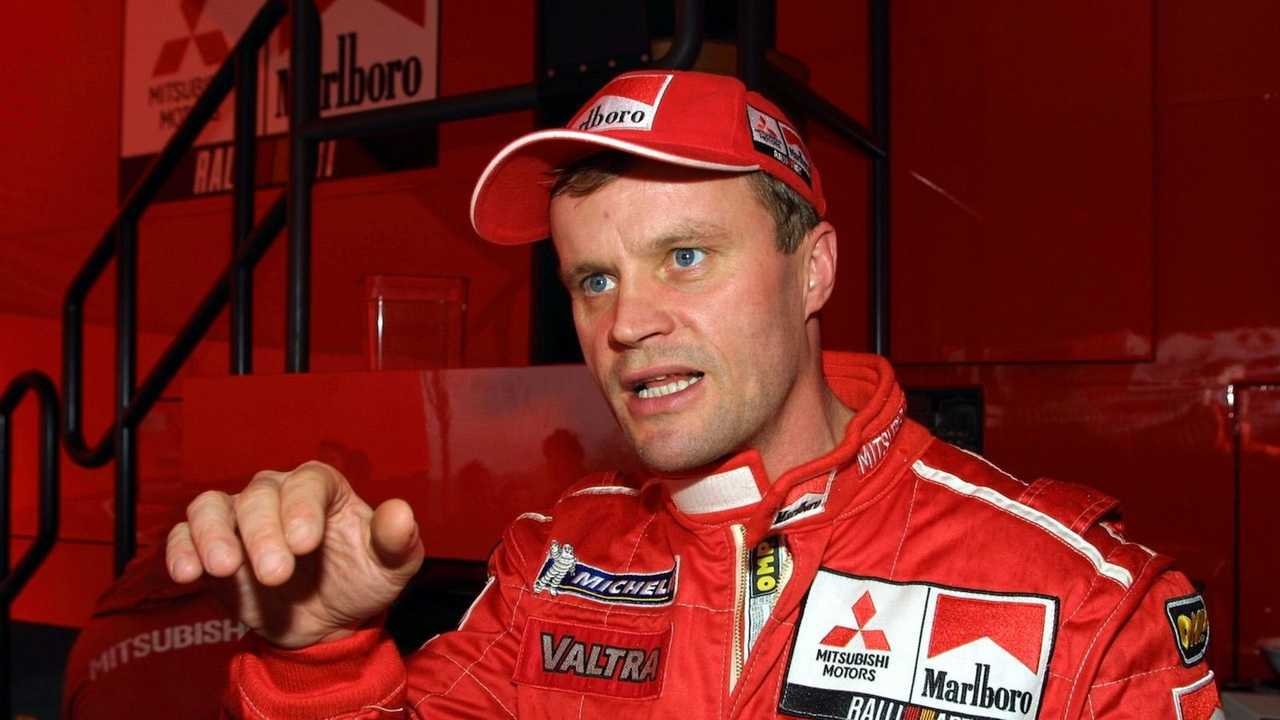 Given that he was 30 years old by the time he won a round of the WRC, the 1994 1000 Lakes Rally, you could argue that this Finn was a late bloomer. He more than made up for lost time, though. From 1996-99, he soared, taking four consecutive titles for Mitsubishi. He became inextricably linked with the marque to the point that it produced a Tommi Mäkinen edition Lancer Evo VI to commemorate his greatness. Nevertheless, he took his final WRC win driving for arch-rival Subaru, claiming honours on the 2002 Monte Carlo Rally after on-the-road winner Sébastien Loeb was penalised.

Loeb began rallying in 1995, and in 2001 he became the Junior World Rally Champion. A year later he was driving a works Citroen – and the rest is history. He took his maiden WRC win that same season on the Rallye Deutschland, and in 2003 he missed out on the WRC title by one point to Petter Solberg. He made amends in 2004 and owned the WRC thereafter to 2012. His tally of nine consecutive WRC titles is unlikely to be beaten any time soon. What’s more, during the period of 2005-12, he failed to win only three rounds that were staged on asphalt.

Fact: He has taken over 921 WRC stage wins and counting. 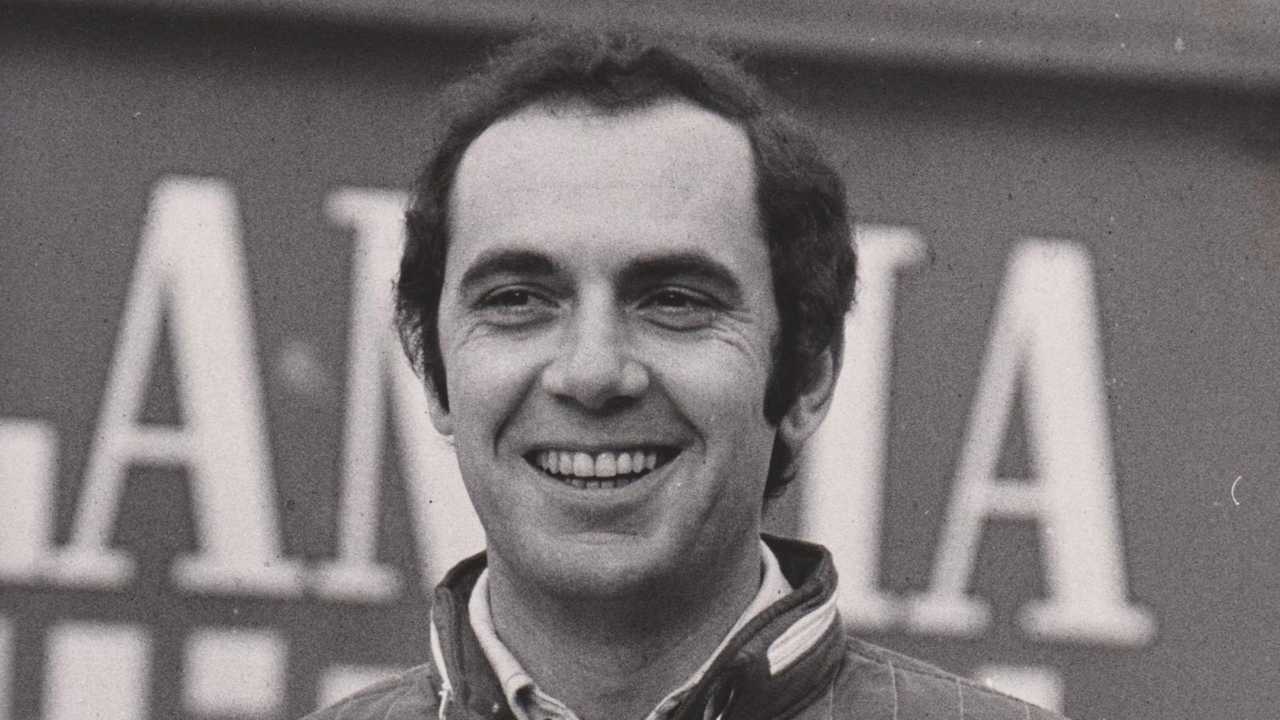 Forever remembered flying the friendly skies in a Lancia Stratos in Alitalia war paint, Munari won the 1967 and ’69 Italian Rally Championship titles before scooping the European series in 1973. The Italian took his first Monte Carlo Rally win in a Fulvia HF in 1972, before taking a further hat-trick in 1975-77. He was also garlanded with the 1977 FIA Cup for Rally Drivers’ title. His career petered out during the early 1980s, with the veteran competing in everything from a Dodge Ramcharger to a Porsche 911 as and when the mood took him.

Fact: Munari won the 1972 Targa Florio alongside Arturo Merzario in a works Ferrari.