The Lamborghini Urus might split opinion, but many forget that wasn't the Italian marque's first 4x4. We put the Legendary LM002 up against its modern-day successor

Hardcore automotive enthusiasts are currently at war over the notion of Lamborghini building an SUV. Some say that it is a necessity in today’s world for low-volume manufacturers, others argue that the Lamborghini badge was never intended for the hood of a 4x4. However, both parties tend to forget that the 641bhp Urus isn’t Lamborghini’s first SUV — that honour belongs to the LM002, better known as the ‘Rambo Lambo’.

The LM002 was born out of a defunct military project that would have seen the Lamborghini’s ‘Cheetah’ in the place of America’s Humvee. Its US military tender unsuccessful, the Raging Bull decided to develop the hardened 4x4 into the world’s first super SUV. We’ve brought the origins of high-riding Lamborghinis to meet its modern-day counterpart to see how much DNA these distant relatives share.

Let’s kick off with the new kid on the block. The Lamborghini Urus aims to be the most potent SUV on the market, not only making headlines with a 190mph top speed, but also boasting handling to outdo what it sees as halfhearted attempts from elsewhere. It might weight 2.2 tonnes, but it boasts supercar DNA and a 641bhp twin-turbocharged 4.0-litre engine. A 0-62mph sprint of 3.6 seconds certainly defines this ‘family car’ as something special.

It’s safe to say that the Urus looks like a Lamborghini with its design language sticking close to that of the Huracan and Aventador supercars. Angular, purposeful, and wielding arguably the most visually sporting stance of any SUV before it, this Lamborghini ticks the ‘visual drama box’ quite firmly. However, the interior departs from any current Lamborghini in the paddock, given you can actually fit adults in the back. Everyone is treated to luxurious leather sports seats and the latest gadgets and gizmos from the world of luxury motoring.

Clearly, the LM002 was born of another era and with a totally different purpose in mind. While the Urus is for those who want to do the school-run in record time, the LM002 was designed for the prospect of oil in the desert. It turns just as many heads as an Urus driving by, but not because it’s an interesting sculpture, more for the fact that it’s a visual assault on your eyes. This 4x4 is imposing and commands a sense of authority from onlookers. For all intents and purposes, a 5.2-litre V12 tank has just arrived on their streets. 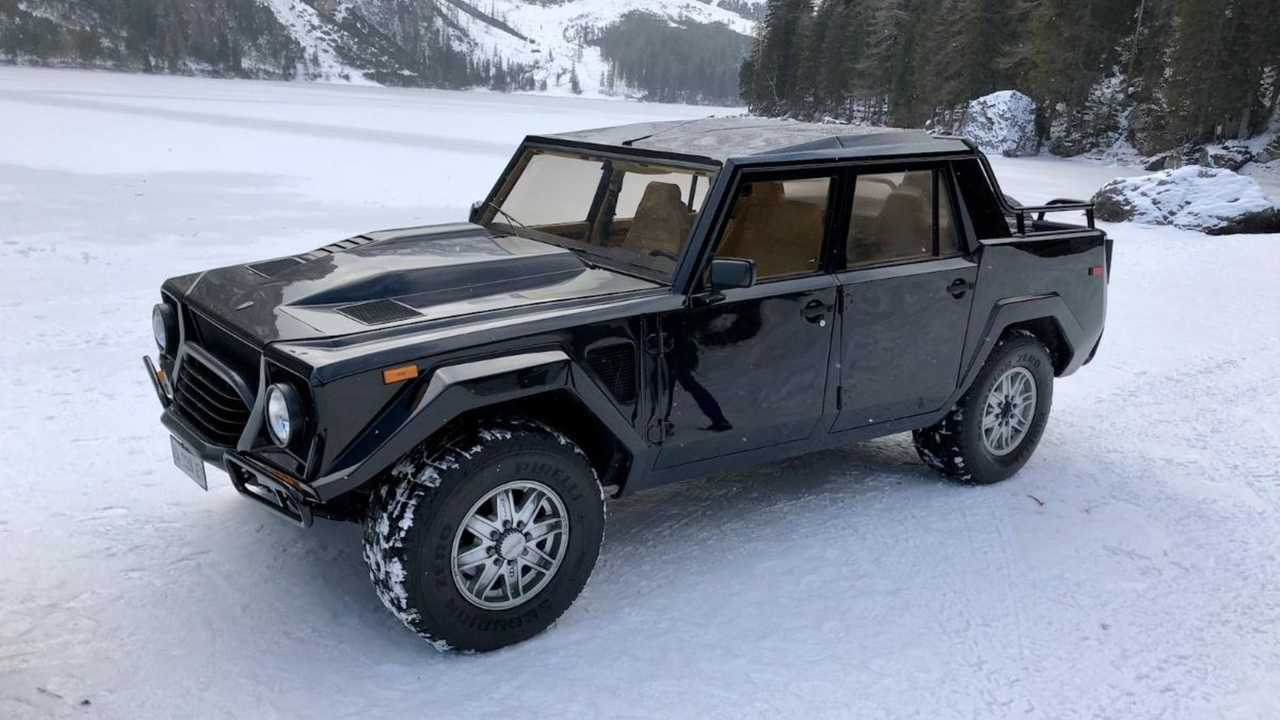 For such a large vehicle, there isn’t actually too much space for occupants inside the LM002. It will seat four adults, but there’s less leg room for rear passengers than you’d imagine. A large central console divides a cabin bathed in high quality leathers and wood finishes. This LM002 has been restored by Polo Storica — Lamborghini’s in-house restoration service that has access to original parts and design drawings.

This unblemished interior feels plush and certainly luxurious for its era, but features several amusing ergonomic shortcomings. The driver sits wedged up against the door much like a Land Rover Defender, the steering wheel is mounted so close to the dashboard that it obscures the ignition, and the dog-leg gearstick requires quite a stretch in order to select fourth. Back in its day I’m sure these idiosyncrasies might have proven irritating, but today they serve as an amusing nod back to a very different time. 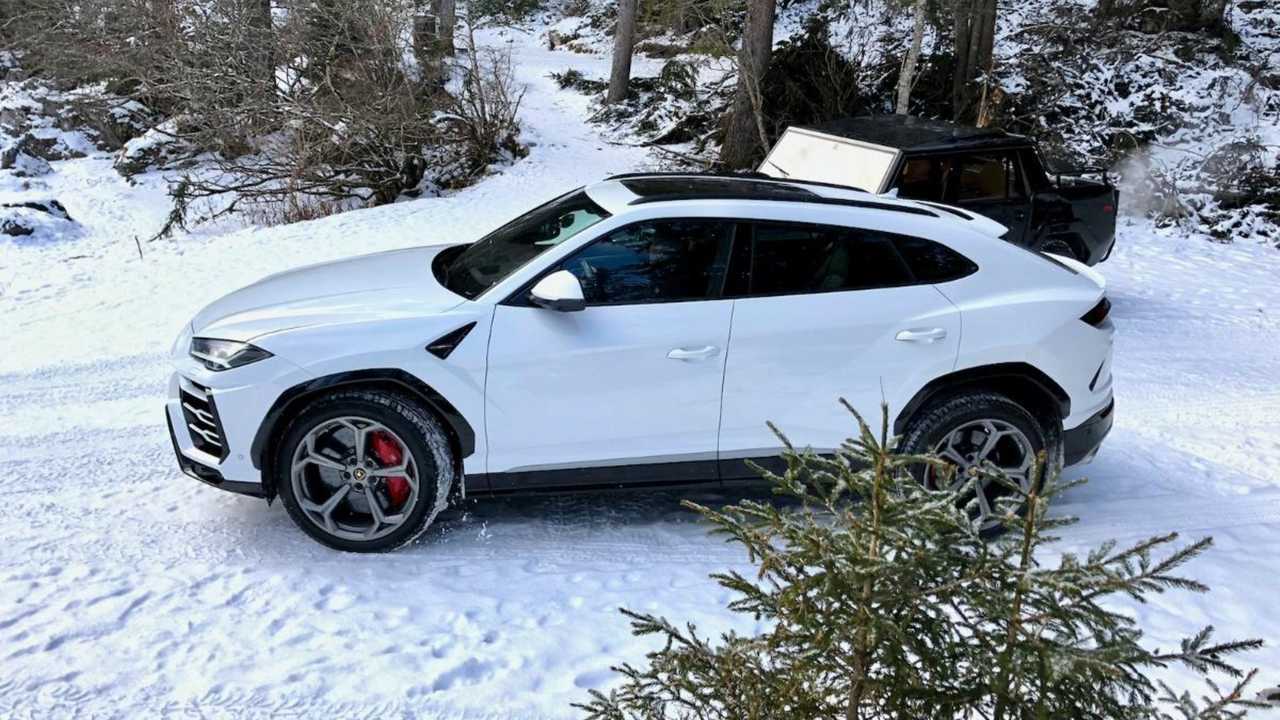 On the road, the Urus is weapons-grade fast. Selecting an aggressive driving mode hunkers the car closer to the road and arms the weapon under the hood. A firm prod of the throttle detonates a huge surge of torque that sucks each of your passengers back into their seat. This is supercar performance where the whole family can come along for the ride. It bellows up the rev range, barks on upshifts and emits a series of crackles when you lift off the throttle. The V8 isn’t a familiar Lamborghini soundtrack, especially as it sounds a tad synthetic, but it serves as a strong narrator to this car’s blistering speed.

In the LM002, the world doesn’t pass by in a flash, but it is certainly just as characterful an experience. Despite its Lamborghini Countach-sourced V12 engine producing 444bhp, the LM002 still weighs 3 tonnes, meaning that 0-60mph is served up in a leisurely 8 seconds. However, once the speed begins to build, a reassuring wave of torque pushes you on. Even from low revs the strength of all 12 cylinders powers this monster truck without relenting. Like a glacier, momentum just continues to build while a glorious V12 orchestra sings with dirty backfires interrupting the melody. 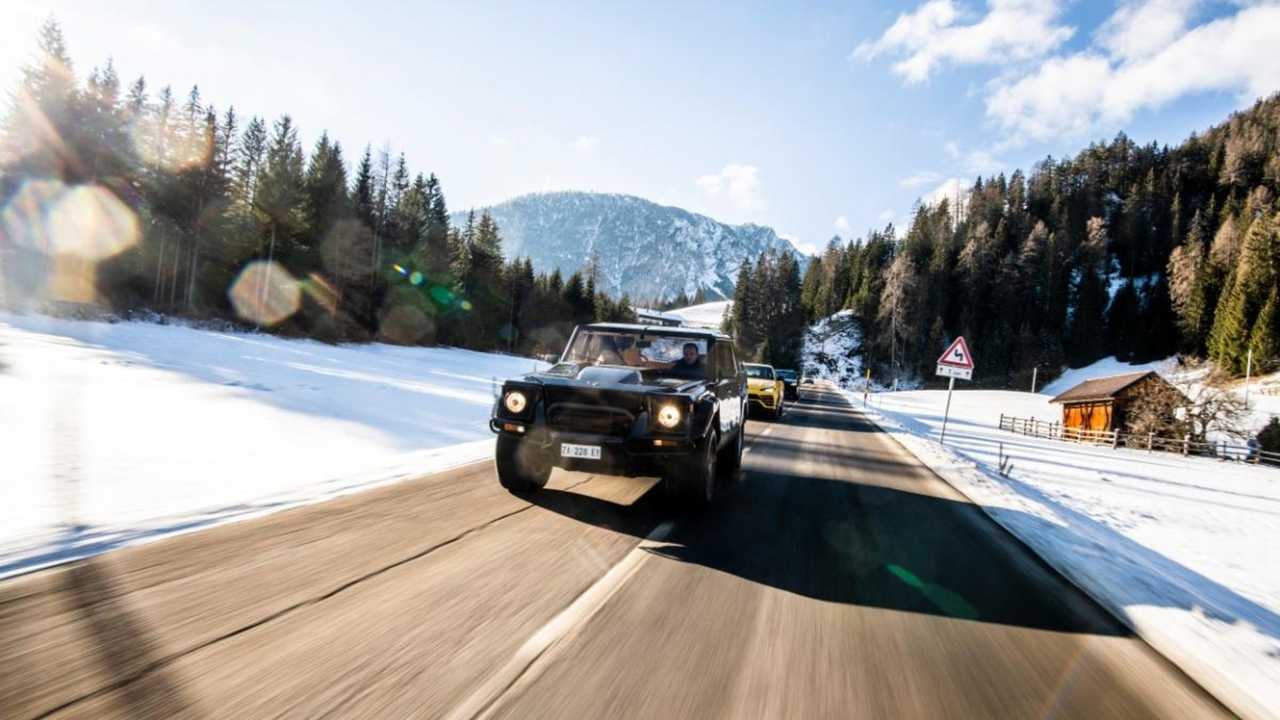 Making its way through challenging bends, the Urus defies physics thanks to modern techno-wizardry. An advance all-wheel drive system can send up to 85% of power to the rear wheels and rear-wheel steering further boosts agility. SUVs have all of the wrong ingredients for fine handling – they’re too tall and too heavy.

However, through some clever engineering, and likely some form of sorcery, this Lamborghini tackles apexes with the enthusiasm of a sports car. The is some body roll, but plentiful grip allows you to exploit the gobsmacking performance of the Urus. More impressive than how fast it goes is how fast it stops. Some of the largest carbon ceramic brake discs ever fitted to a road car means that progress is arrested swiftly. Good pedal feel also allows you to accurately ditch speed when approaching slower sequences in the road.

The Lamborghini LM002 is certainly a product of its time, feeling cumbersome at low speeds and rarely possessing enough steering lock to complete a manoeuvre in any less than four attempts. The steering itself isn’t as heavy as you might expect, but there is an almost comical delay between inputs and this big 4x4 responding. It actually feels more at home at higher speeds where it doesn’t lean through the bends as much as you’d expect. You start to tailor your driving to how the LM002 behaves, and once in sync, it is actually an utterly charming thing to drive. Sure, the gear level requires a good shove and its brakes leave much to be desired, but you can’t help but marvel at what a wonderfully bonkers concept a V12 off-roader really is. 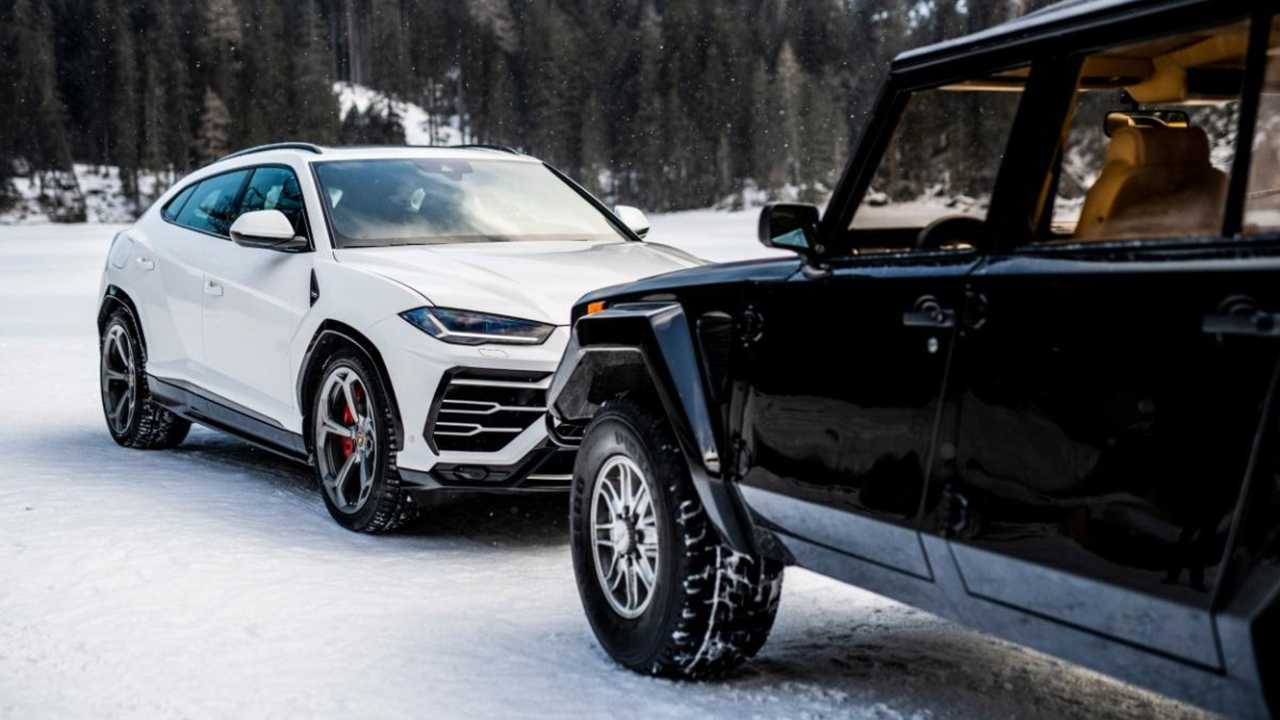 When it comes to venturing off the beaten track, there’s no contest. While the Lamborghini Urus may surprise you as to its capabilities, the LM002 was born in this environment. It sits up higher, has more aggressively patterned Pirelli Scorpion tires, amazing approach and departure angles when climbing obstacles, and old-school four-wheel-drive. An Urus might get you down a boggy track, but an LM002 will get you back out.

The Lamborghini Urus is a great achievement in that it successfully combines the two opposing worlds of high-riding luxury with supercar performance — something many said couldn’t be done. However, it’s the LM002 we fell in love with. Objectively speaking the old Lamborghini is full of flaws; It’s not ergonomic, it lacks accuracy when driven, and will burn a litre of fuel every 800 metres when driving through snow in low-range. Like human beings, it’s our quirks that make us unique, and the LM002 is one of the most outrageously distinctive cars to ever grace Tarmac. A battle hardened, 3-tonne 4x4 with the heart of a 1970s supercar? A crazy idea that could have only come from the free spirits within Lamborghini at that point in time.

As different as these two SUVs are in their objectives and how they go about them, it is Lamborghini’s seemingly rebellious nature to defy convention that ties these two together.

Continue the conversation on LamborghiniChat.