Buying a classic Range Rover too predictable? Then meet the 1987 Jeep Grand Wagoneer!

Historians dictate that the Range Rover lays claim as the world’s first luxurious SUV. However, they would be mistaken. Long before the UK trend-setter reached American shores, and some years before the Rangie set Europe's fashion scene ablaze, Jeep’s Wagoneer had already attempted to plug the gap between rugged comfort and urban cruising.

More US Power!
A 1987 Buick Regal GNX This Clean Is An Extremely Rare Find
This Eleanor Mustang Convertible Is From An Alternate Universe

Several levels above the competition of its time, the American stab at creating a 'refined 4x4 for the masses' didn't just set new automotive boundaries, but also fashioned an automotive icon. Back in the day, if you had ‘made it’ and achieved the American dream (or had an income from drug dealing), the Wagoneer was the style of choice.

That was, until 1984's model year saw the introduction of something far more decadent - the Grand Wagoneer. Suddenly, rural suburbia had a new favourite toy. If you didn't have one of these, your membership to the tennis club was ultimately revoked. 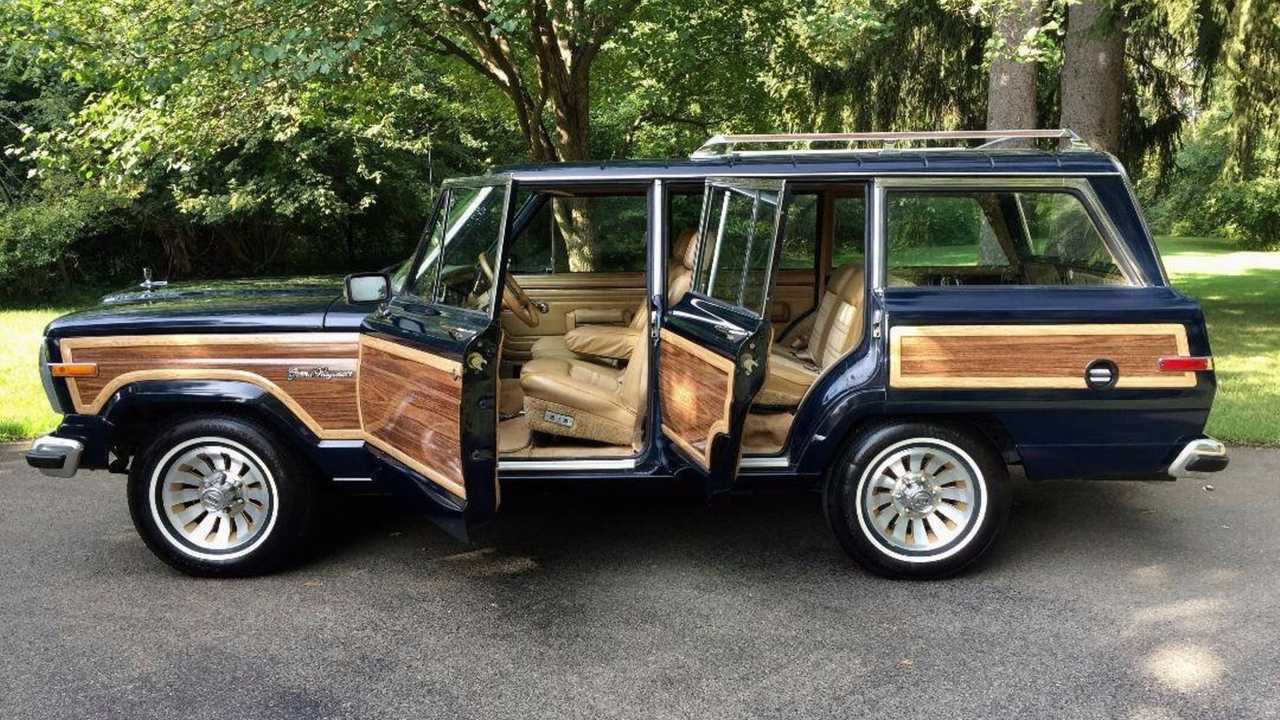 Enjoying one of the longest manufacture runs of any mass-produced vehicle, the towing capacity and build quality made the Wagoneer a popular choice among repeat buyers. Capable of burbling along with 2.5 tonnes of excess weight and providing a secure cabin should the worst occur, the Grand Wagoneer pushed things further.

As the Rolls-Royce for agricultural types and a fashion statement for those in the city, the leather-lined off-road colossus went unrivalled for almost all of its production run.

Now a serious collector's item – if the mileage is low and the trim spec is high – some examples sell for twice their original showroom retail price. Unlike most classics collector cars of the era, you get a tonne of retro equipment for your cash, too.

So, forget what certain automotive historians bleat on about. The Wagoneer debuted a full seven years before Land Rover unveiled their scene-changing Range Rover, of which the American market would have to wait a further 23 years to receive. And, whisper this quietly, the Wagoneer was better built. Slightly.

Although a powerhouse colossus, the last Wagoneer example rolled off the production line on June 21, 1991, signalling the end of a 29-year production run. Jeep replaced the ageing model with its Grand Cherokee.

So, what do you do if you want to buy one? Check out the healthy specimens for sale through Motorous, including these fine beasts in need of a new home. However, our pick of the bunch is this 1987 example in a fetching shade of Deep Night Blue.

Presented on behalf of Grand Wagoneer by Classic Gentleman, internationally recognized as a leading buyer, restorer and seller of low mile, excellent condition Grand Wagoneers, this specimen came straight from the sunny state of California, where it has spent the last 15 years.

Before that, this '87 was registered in the salt-free states of Colorado. Down to that happy circumstance, she wears a solid frame and undercarriage that remains devoid of rust. The distance has been ticked up nice and slow over her 31 years, averaging just 3600 miles per annum. Price? Well, this historic luxury 4x4 will set you back $43k.

It's a huge chunk of cash for a used SUV, but boasting such rude health and ultimately rare in such a condition, it's actually a huge chunk of heritage for your money. A heritage that won't see you stuck come the bad weather. Get a closer look here.