Before the XJR arrived, Jaguar was suffering something of an identity crisis. Previous esteem with which the genteel marque’s high-end saloons were held was on the wane. Sir William Lyons’ dream no longer represented the best of British. It was all coming apart at the seams.

Quality control at the Coventry-based factory collapsed and everything else broke down; the factory embraced Communism, pop-music maestro Pete Waterman had an ignominious and well-publicized fight with a Jaguar bigwig on Concorde, and Ford eventually purchased the dying company to enthusiasts’ highly audible disgruntlement.

More Jaguars!
Why You Shouldn't Be Frightened Of An Early V12 Jaguar XJ-S
1000 Jaguar Classic Cars Gather At The Poshest House In England

As the decade of excess faded away, the Browns Lane brand was on its knees. Sales were down and Jaguar’s once-stellar reputation was all but in tatters. By the time Margaret Thatcher and John Major had royally screwed up the UK economy, Jaguar had encountered a shift in attitude. In order to survive, they kinda had to.

If you had once ventured into the showroom and complained about electrical gremlins or a lack of rear legroom, you’d have been lucky to escape the encounter with only light bruising, before being thrown into the back of an XJ6 and dumped in a quarry. However, for 1994, things began to change with the arrival of Jag's next-generation saloon. 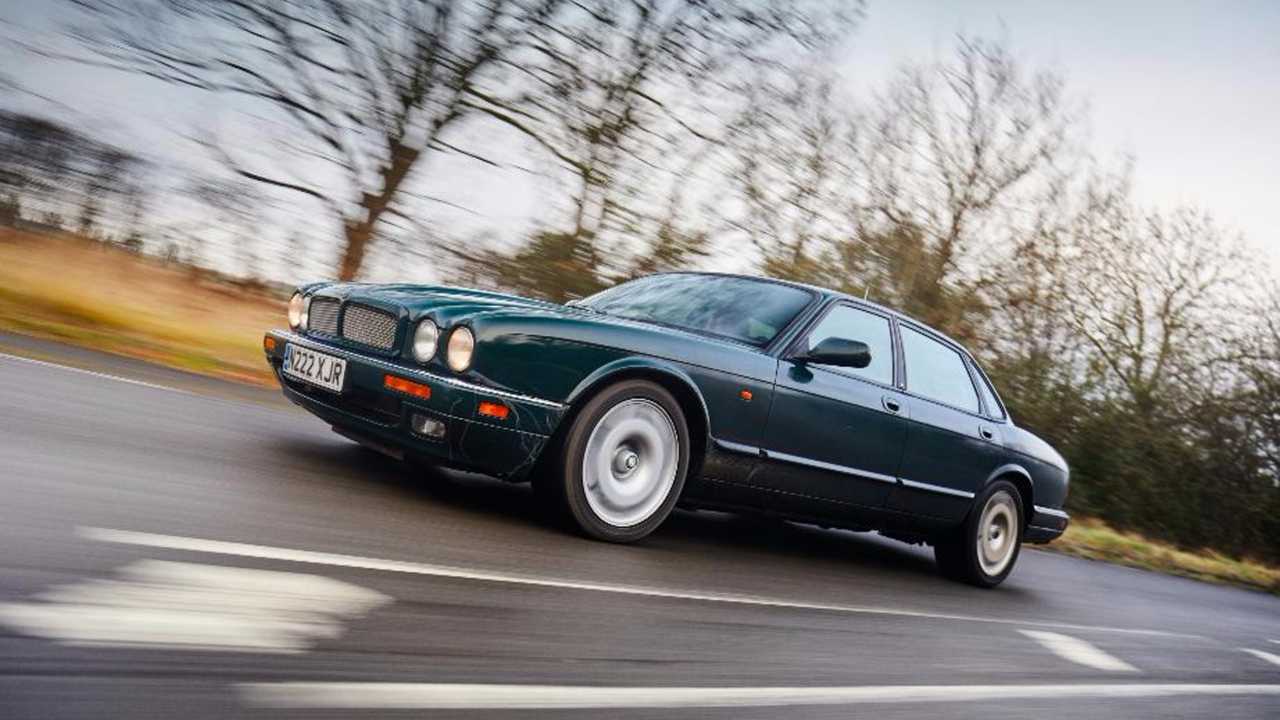 Purchasing an XJ40 was purely for the brave, and seeing as the XJ-S appeared to be soldiering on forever almost unchanged, word on the street about the new X300 saloon was far from complimentary. There was light at the end of the tunnel, though...

While the X300 had inherent flaws, behind the scenes, the Jaguar factory had brought quality control into line and management no longer sulked in the past. Build quality was strong and customers lapped up the semi-modern, yet oh-so-retro styling.

Sales remained steady but hampered, haunted by the British Leyland image and olde-worlde styling that largely appealed to pub landlords and those uncomfortable in their own skin. Then, launched on a crest of tyre smoke and steroids, the XJR landed with the radiant effect of a bomb blast. It firmly placed Jaguar back on the map. 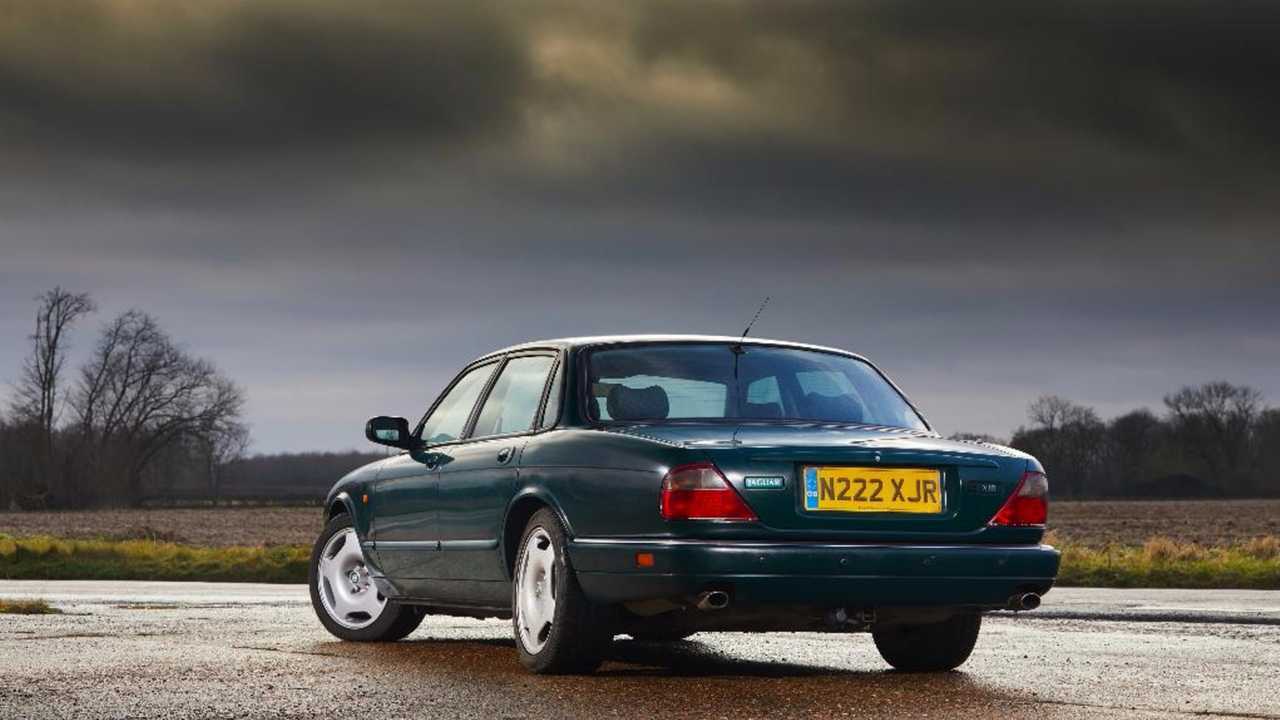 Compared with its more sedate sibling, the XJR appeared to be wearing expensive embellishments: upmarket bumpers, a tasteful grill, prominent wheels, fatter arches and thicker tyres. It still oozed a gentlemanly persona, yet there was an extra dollop of aggression laced through the vehicle's persona. This was Terry-Thomas, but with a machine gun.

One of the biggest developments that got gearheads going was the extra gear offered by Jag's automatic transmission. That might sound overly nerdish, but those five speeds ensured you could reach that golden 150mph milestone, which was limited electronically to prevent the tires from bursting.

Even at this speed, the cabin drowned in silence. In fact, the only sign you were travelling at 67 metres per second was the slightly augmented road noise. Well, that and the blue flashing lights that followed on behind... 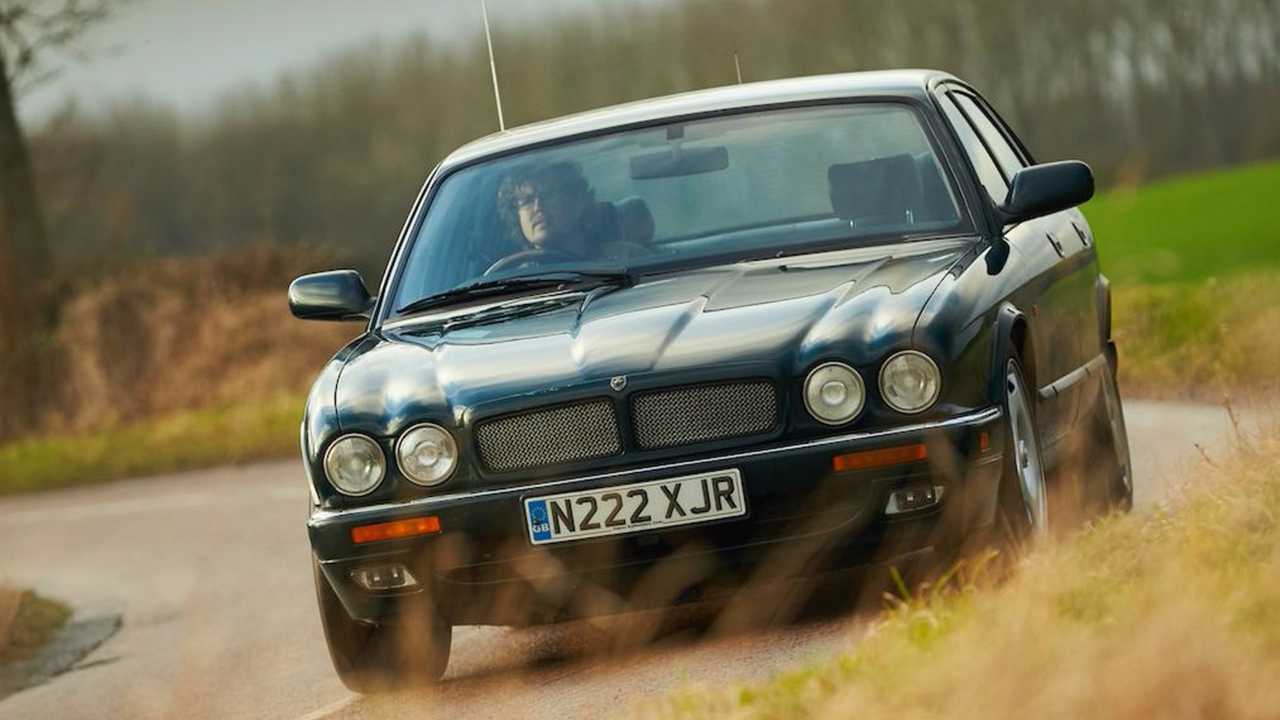 Yet, none of this refinement compared to the adrenaline of the XJR's beating heart under that trademark bonnet. For some, the death of Jaguar’s V12 could never be forgiven. For others, the succeeding AJ-V8 couldn’t arrive soon enough, and the marque’s newly expanded fan base met the XJR’s forced-induction set-up with salivation.

Churning out 375bhp with aid from an Eaton supercharger, the XJR’s 0-60mph could be completed in a mere 5.5 seconds. That was not only riotous for the time, but remains seriously quick even compared with today’s contemporaries. Rivals didn’t stand a chance. The BMW M5 paled in comparison.

Yet, there is something unsettling about the XJR. While it can happily stand alongside Sir Bentley and the Lord’s Range Rover, there is an air of inelegance about the model’s stance. Like donning a football kit and going for a destructive wander around Balmoral Castle, something feels wrong. 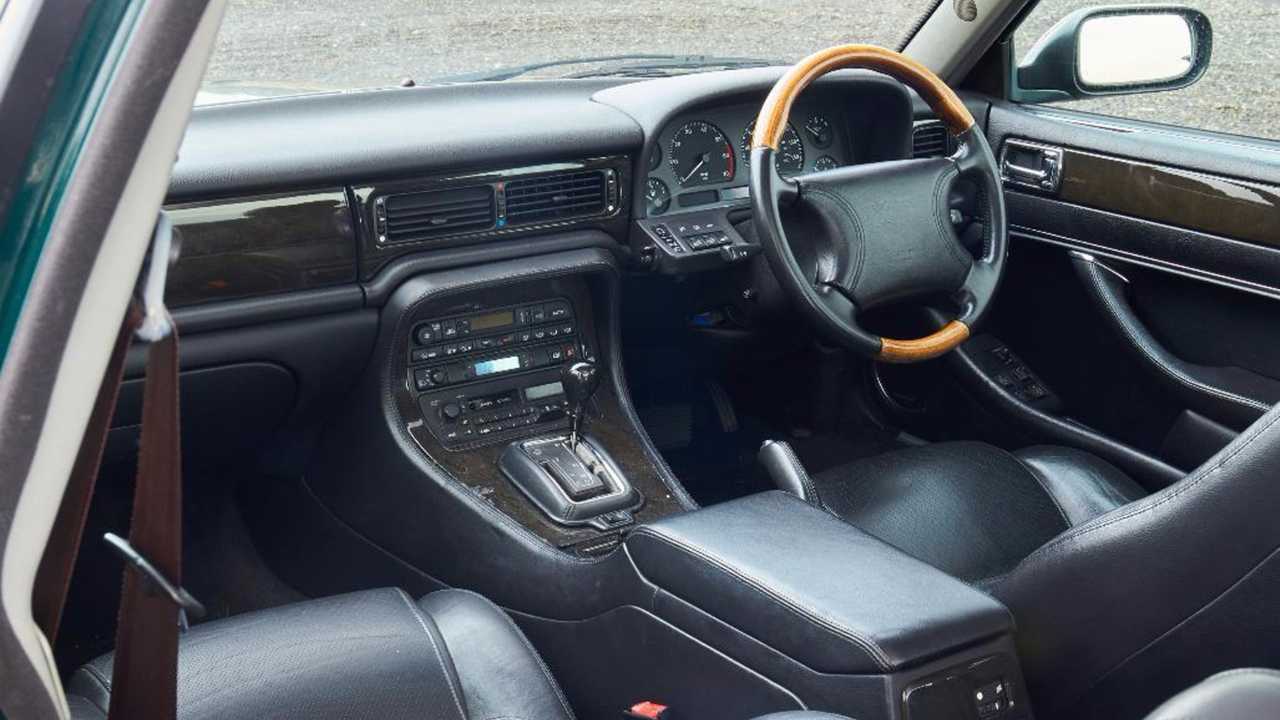 In a line-up of esteemed relatives, the XJR appears to be the family’s eloquent bad boy. Untrustworthy. Dangerous to know. Behind the doors of the Soho gentlemen’s club, it’s this car’s owner who takes charming sexism that bit too far and ends up in court. He hasn't heard of the #MeToo movement, or taken the last 30 years into account.

For savage paradoxes and a bawdy attitude under a Field-Marshal accent, you seek out the custodian of an XJR. A much-used cliché, perhaps, but this really is Oliver Reed in car form. Even the fuel consumption remains apt for such a statement. 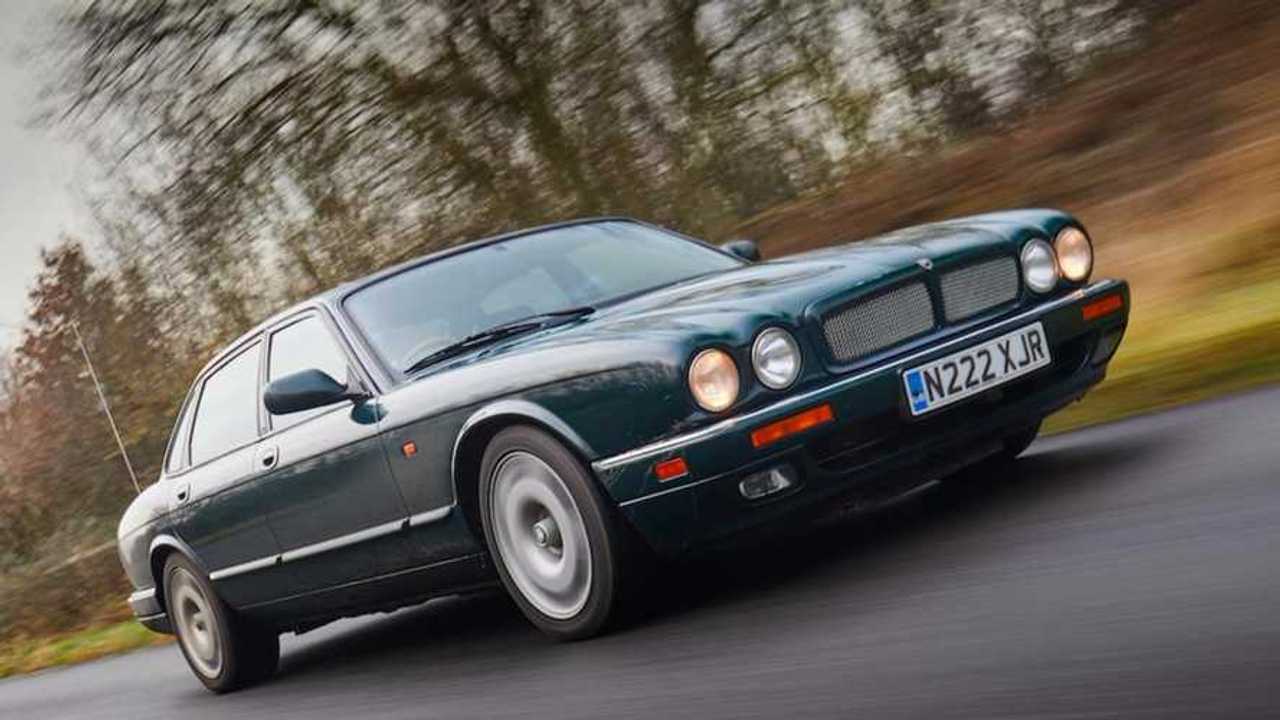 Driving an XJR around the city at night seems to command instant respect; the headlamps glowing with a savage pulse as you slice through traffic. Should you accidentally-on-purpose head the wrong way down a one-way street, it’ll be the other guy who backs up.

The subtle strain of menace woven into the very nature of Jaguar’s beast radiates off the shop windows and glass skyscrapers. People know you are here; they can sense it. And then, in a complete change of tack, the big cat takes new form upon charging down the B-roads.

When presented with corners and gradients, the tarmac tyrant becomes your best mate; egging you on with intoxicated enthusiasm. You prod the controls gingerly, as this kind of power brings the grave responsibility of knowing your own limit. 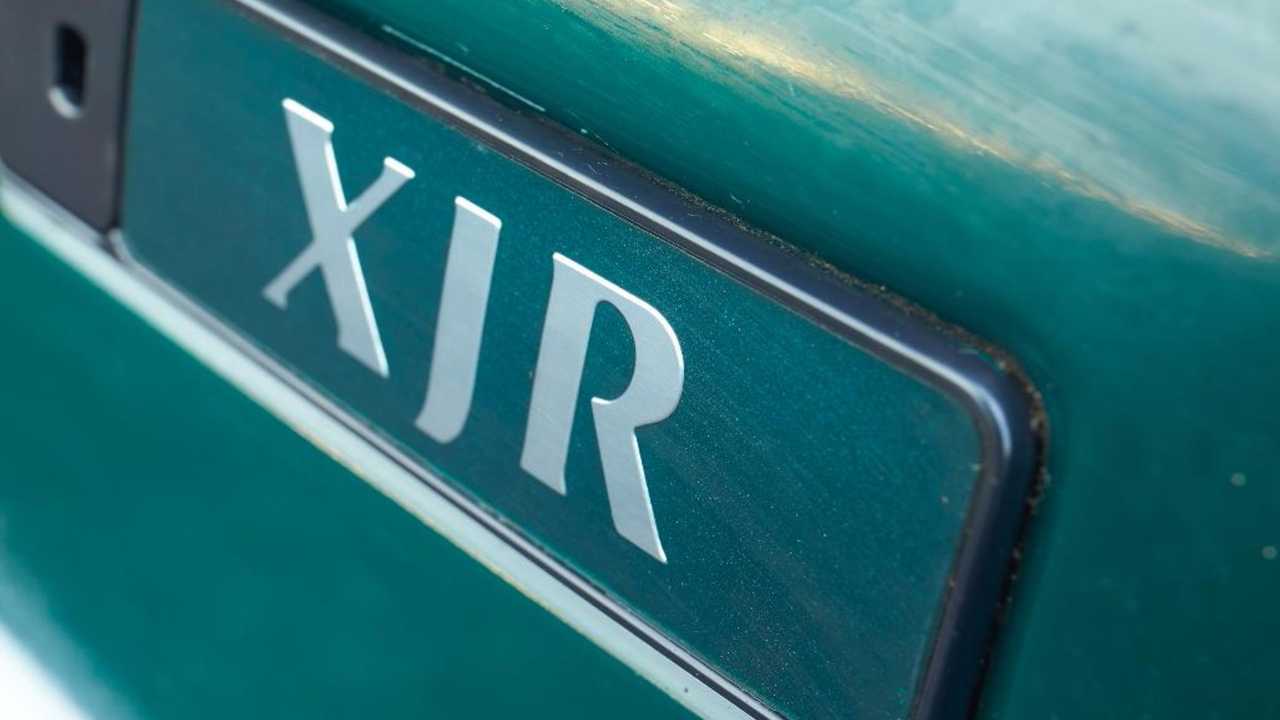 The car is capable of sliding into a corner on a wave of torque, and if you’re unprepared, the result can leave you either witless or without clean trousers. There is one reason the seats are trimmed in wipe-down leather…

The Jaguar’s interior refinement alludes nothing to the goings-on outside, even given the ailments of this 100,000-mile example.

The brake pedal judders ever so slightly on our car as you dip the nose into a bend, the steering wheel feeding the vibration into your wrists like a demented joystick. Concentration is required as the road undulates, the wide tyres tramlining within the grooves of the tarmac. Then there is the lurch in the front suspension, with the worn springs amplifying tenfold each unavoidable pothole. 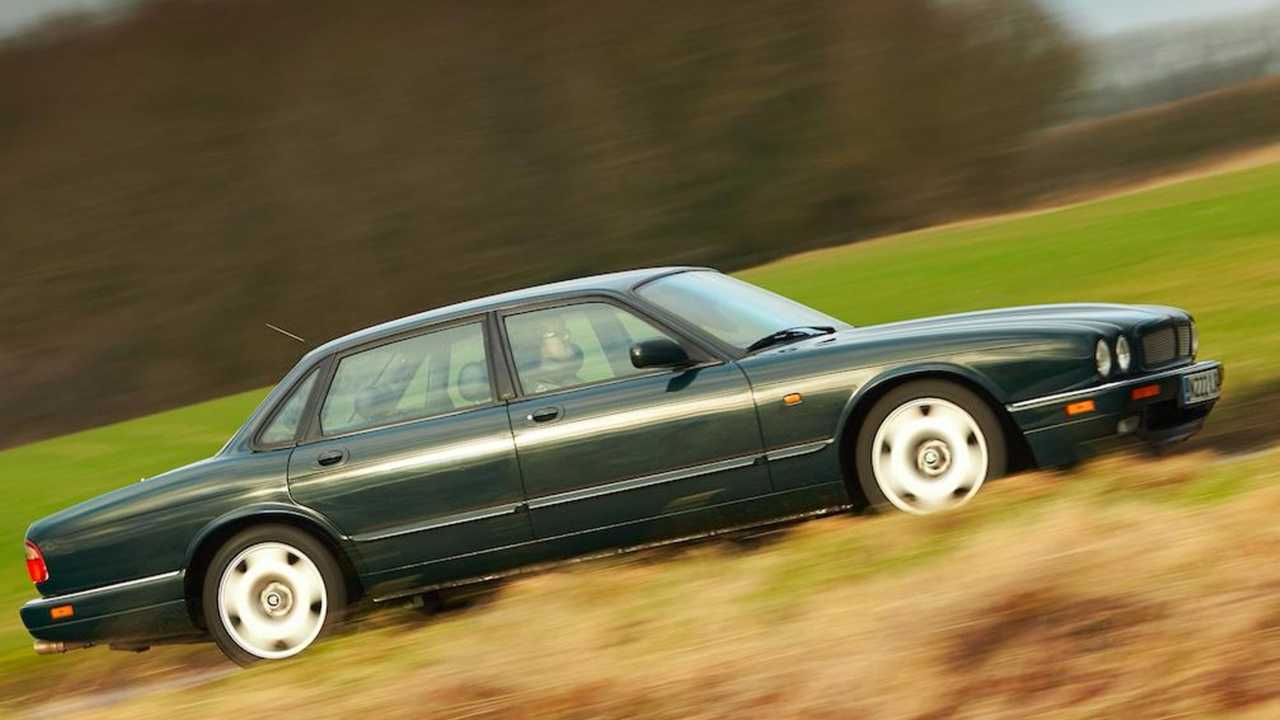 You can hear a wheelbearing grinding away, too, underlining that unsettling knowledge that this Jag offers more power at your right foot than a Ferrari 348. Except, it doesn’t – because there isn’t a supersonic V8 leading the way up front. It’s a straight-six serving up 322bhp through a multi-point injection system.

People often forget that the XJR was not always powered by eight supercharged cylinders; the first-generation models employed the AJ6 engine. The 0-60mph dash is a more leisurely 6.5 seconds – still spleen-splittingly fast, but not quite the acceleration expected from the mythical feline without an explanation on the various models.

Not that this takes away from the driving experience. The handling remains razor sharp, with enough grunt to keep most 1990s supercars at bay, whereas ride comfort and cruising ability are second to none.

Blipping the throttle results in an exhaust growl that would leave any wolf pack diving for the undergrowth – there is no downgrade in quality or experience with the first-generation XJR. If an extra second in reaching the national speed limit would cause sleepless nights, Zopiclone is available.

Powering hard out of a junction will cause enough tyre smoke to set off any nearby fire alarms, crabbing and swaying if you aren’t precise with your input at the controls. You get that with any well-heeled XJR, but there are a few advantages to using six over eight. 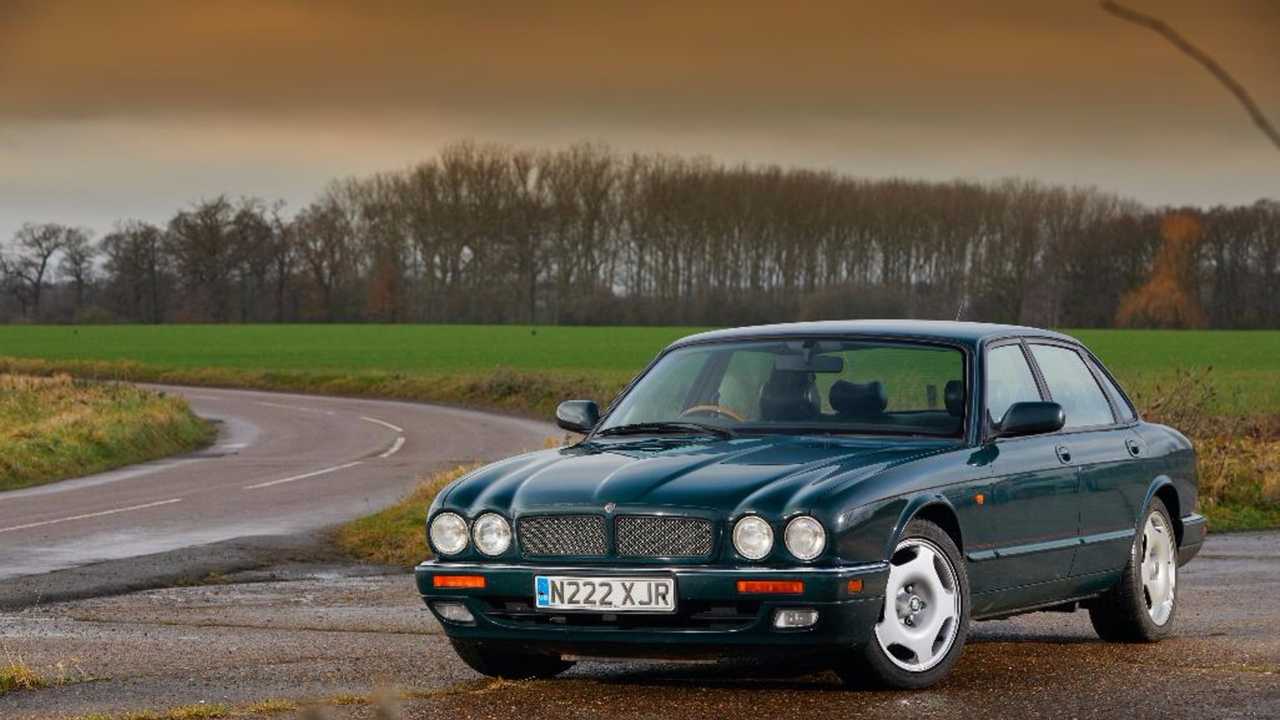 Without the rabid XJR, Jaguar’s image would have seen the marque off for good. Paired with the XK8 and its R-badged stablemate, the model’s appeal saw the customer base broaden to more than merely bankers, retirees and stuffy socialites.

Footballers, actors, fashion designers and people under the age of 40 now aspired to Jaguar ownership. Even Hannibal Lecter owned one in the books – and that just about says it all.

Further incarnations of the XJR became smoother and more refined, and employed electronic wizardry – the 1997 models even had computer-controlled suspension. However, where the 4.0-litre six reigns supreme is in the rough-and-ready detail. 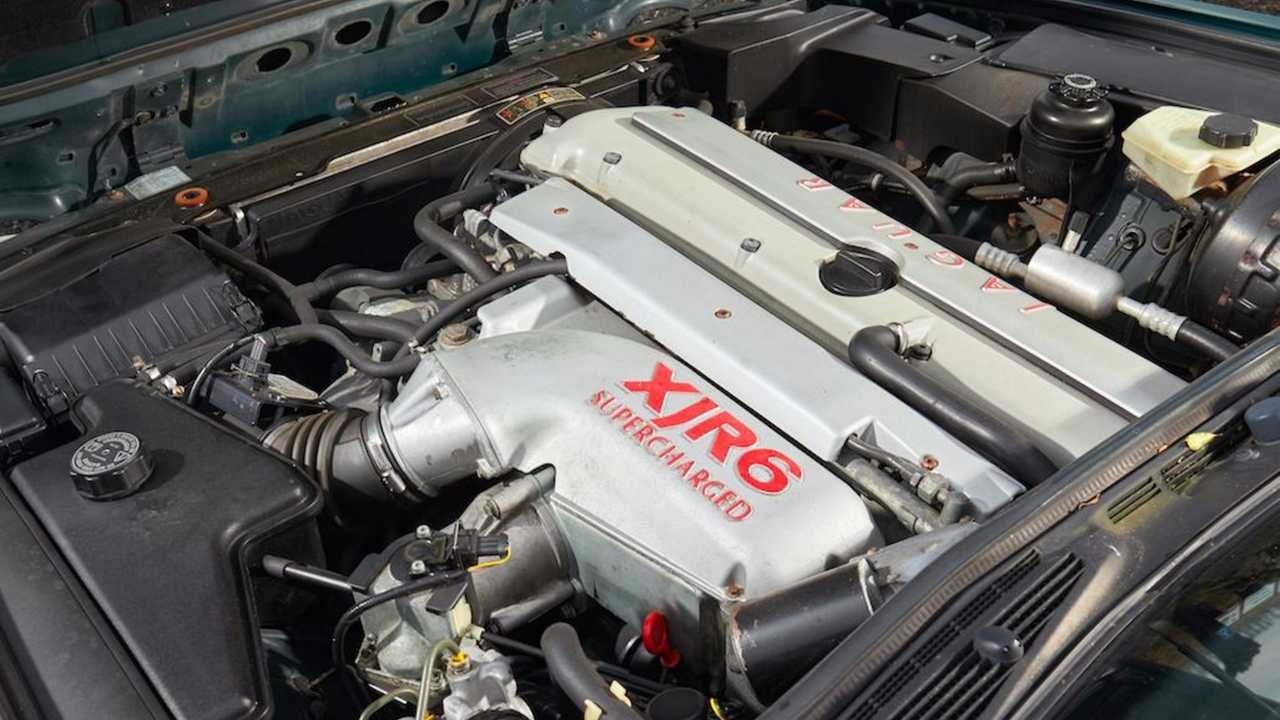 You can feel the tyres clutching away, allowing for that rare sensation where you feel part of the automotive process. You feel engaged with the car, rather than pressing buttons and piloting a cramped lounge with go-faster windows. You depart each racing line and smile – 'I did that'. As time marched on, the succeeding models grew fatter and far less exciting.

While advancement in technology and production methods have taken four-door saloons well beyond the industrial capabilities of Jaguar’s 20-year-old XJR design, in spirit and character they remain over-assisted karaoke versions of the original.

If you’re looking for power, style, investment and the ultimate ‘sense of occasion’, the first-generation XJR can do no wrong.

The innovative, mass-produced XJR leaves a lasting legacy that has been watered down with each new generation; if you want Oliver Reed in a dinner jacket, don’t settle for any other hell-raiser. 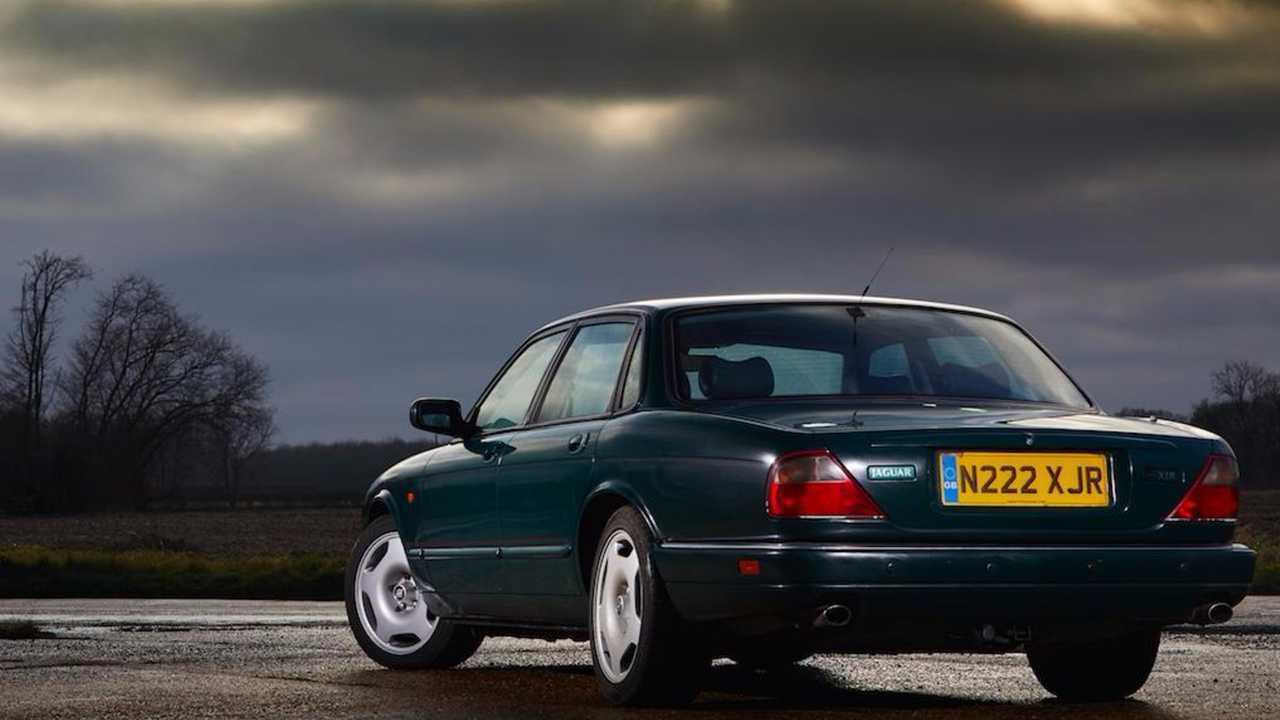