This episode of My Classic Car takes a look at Petty’s impressive cars.

Richard Lee Petty didn’t just get the nickname “The King” by accident, he earned it. He is a NASCAR Hall of Famer and the most decorated driver in the history of the sport. With a record 200 career race wins under his belt, along with seven Monster Energy NASCAR Cup Series Championships, Petty deserves the crown that he wears so well.

And, after more than 1,100 races that spanned three decades, Richard Petty did not simply take his honors and retire. Instead, he is just as busy today as he was on the track. These days, he spends much of his time overseeing the operations of Richard Petty Motorsports, a race team competing at NASCAR’s highest level. He is also the co-owner of the Petty’s Garage, a high-performance speed shop that was founded in 2008 as an expansion of his competitive career. The majority of Richard Petty’s life has been spent building hot rods and driving quality vehicles, and the cars that come out of the shop have earned the respect of customers and fans alike. 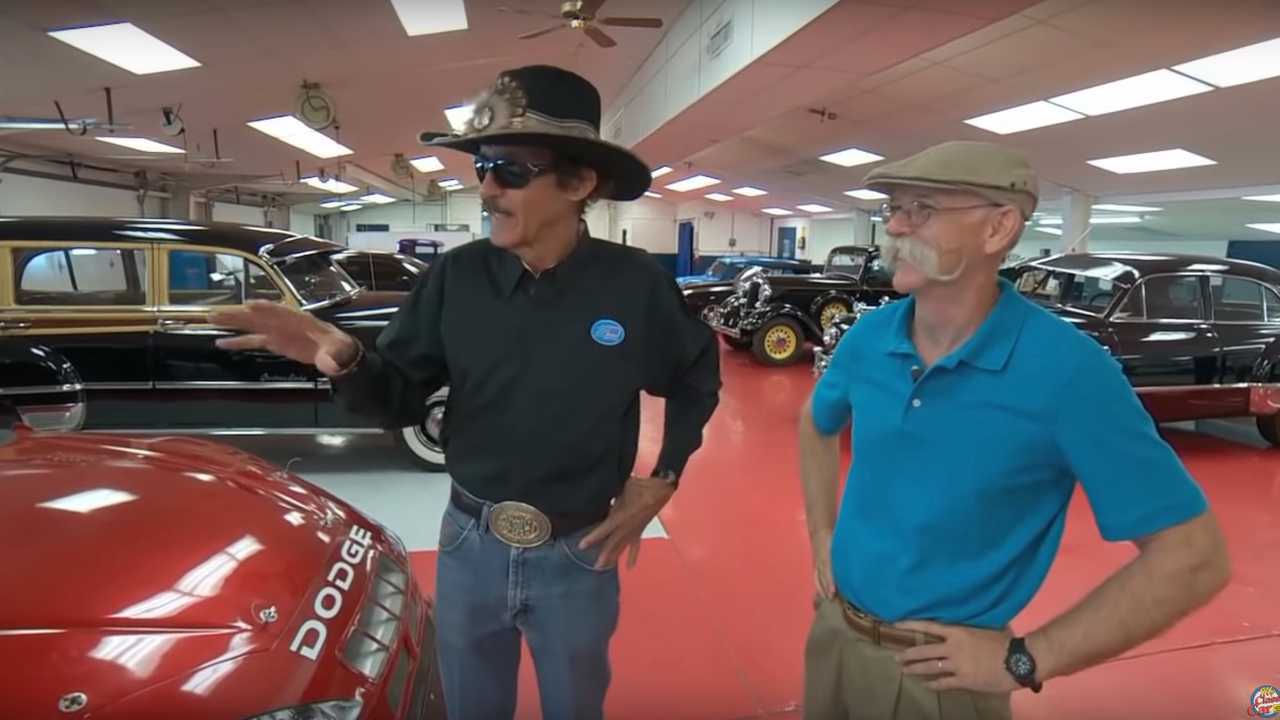 That leads us into this episode of My Classic Car with Dennis Gage. In this video, Gage meets up with Richard Petty to give viewers a look at his impressive car collection. The beginning of the video shows the duo cruising around in one of the new “Petty Challengers”. They then arrive at the old house he grew up in and Richard Petty reminisces about his childhood and family. Dennis Gage delves into Petty’s automotive passion by explaining that Richard refers to himself as an accumulator rather than a collector.

The two of them proceed to enter the Richard Petty Museum, where there is a wide assortment of guns, dolls, trophies, and an impressive lineup of vehicles. One of the first vehicles they talk about is the Petty Challenger that they were seen driving in at the beginning of the clip. We won’t spoil the video for you, so kick back and enjoy the beautiful history and collection of the Petty family.