This beautifully customized lowrider Cadillac DeVille could be yours, complete with a 9.4 liter 620hp beast under the hood

Cadillac built their reputation from the cars of this era. With the kind of opulence that makes Trump Tower look like a public facility from 1990’s Southie Projects, Cadillac threw as much kit into their svelte coupés of the time as they could; and what a result.

The DeVille became a name recognised in homes across America, with production spanning six decades it was the epitome of luxury, with the final car wearing the famous badge rolling off the production line in 2005. Sadly, by that point its recognition to the original was difficult to establish. 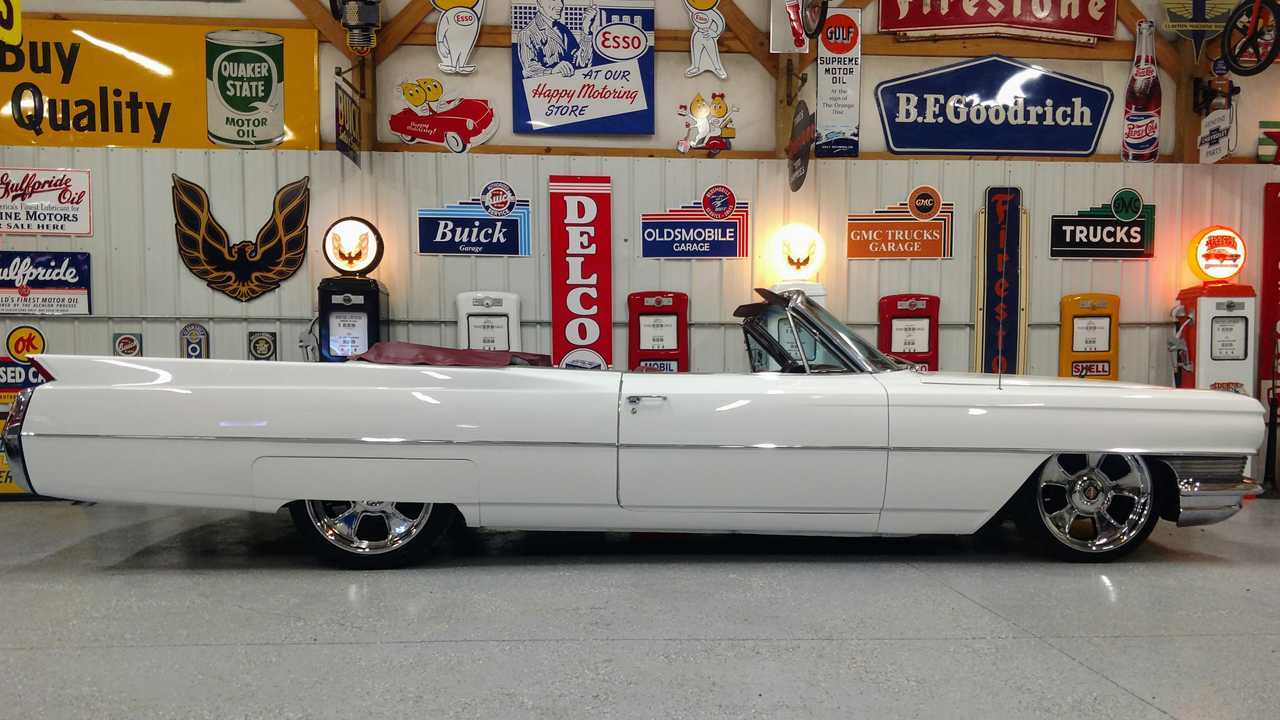 The vehicle featured here is a very different kind of beast. The 1964 model was the second generation of the DeVille, taking the truly iconic rear wings of the original, and smoothing the lines to create a vehicle with a touch more sophistication in design.

By 1962 the second generation model received a mild facelift, further honing the look and feel. With a thoughtful list of upgrades to make the luxury cruiser even more comfortable and refined. Additional insulation was added to the floor pan and firewall, along with further luxury features including a remote controlled rear view mirror and defroster. Once the facelift was in full swing of production, it accounted for 45% of Cadillac’s sales with 71,833 vehicles being produced.

In 1964 further luxuries were added, including a fully automated climate control system — an industry first. Another addition in this year is the car you see here, the convertible. By now two thirds of all Cadillacs were DeVilles and popularity was soaring, confirming its well-deserved place in the hall of fame.

This particular car is rather different to what Cadillac intended, however. With a fully customised interior and exterior, this example just oozes cool. The kind of car to go on a cruise around Hollywood Hills whilst blaring Low Rider through your overpowered subwoofers. At least listening to that particular tune would be remarkably accurate, thanks to the car being dropped on its knees for a pretty wicked stance.

Most surprising of all is the absolute behemoth of a power plant shoehorned under the hood. A whacking great 572 CID V8. That’s 9.4 liters of pure bruising American muscle. To give perspective, that is the equivalent of having six cooking model Golf Rabbit engines at your disposal through one gas pedal. Pretty barmy stuff. Naturally, gas mileage is not for the budget conscious.