Why the MGF remains bargain of the century

The MGF/TF has been overlooked for a decade by those claiming to know their modern classics, but here’s why it remains the best-value sports car around

LDV, Morris, Land Rover and Austin-Rover. These four brands have more in common than simply flying the British flag, rusting and clocking 0-60mph in three days. They all contributed parts from that infamously large Leyland parts bin to craft the last of a dying breed: a true Morris Garages-designed production car. 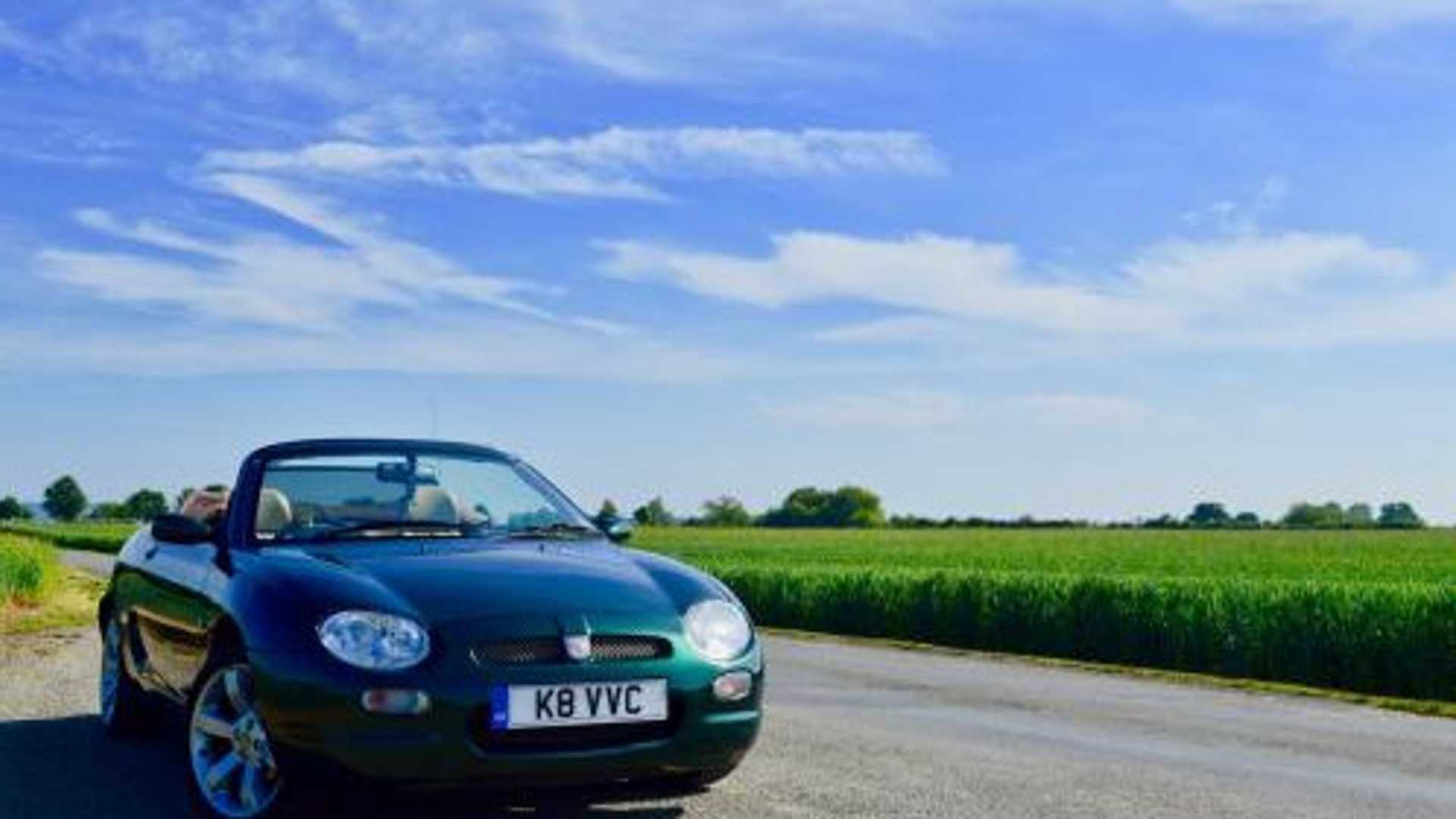 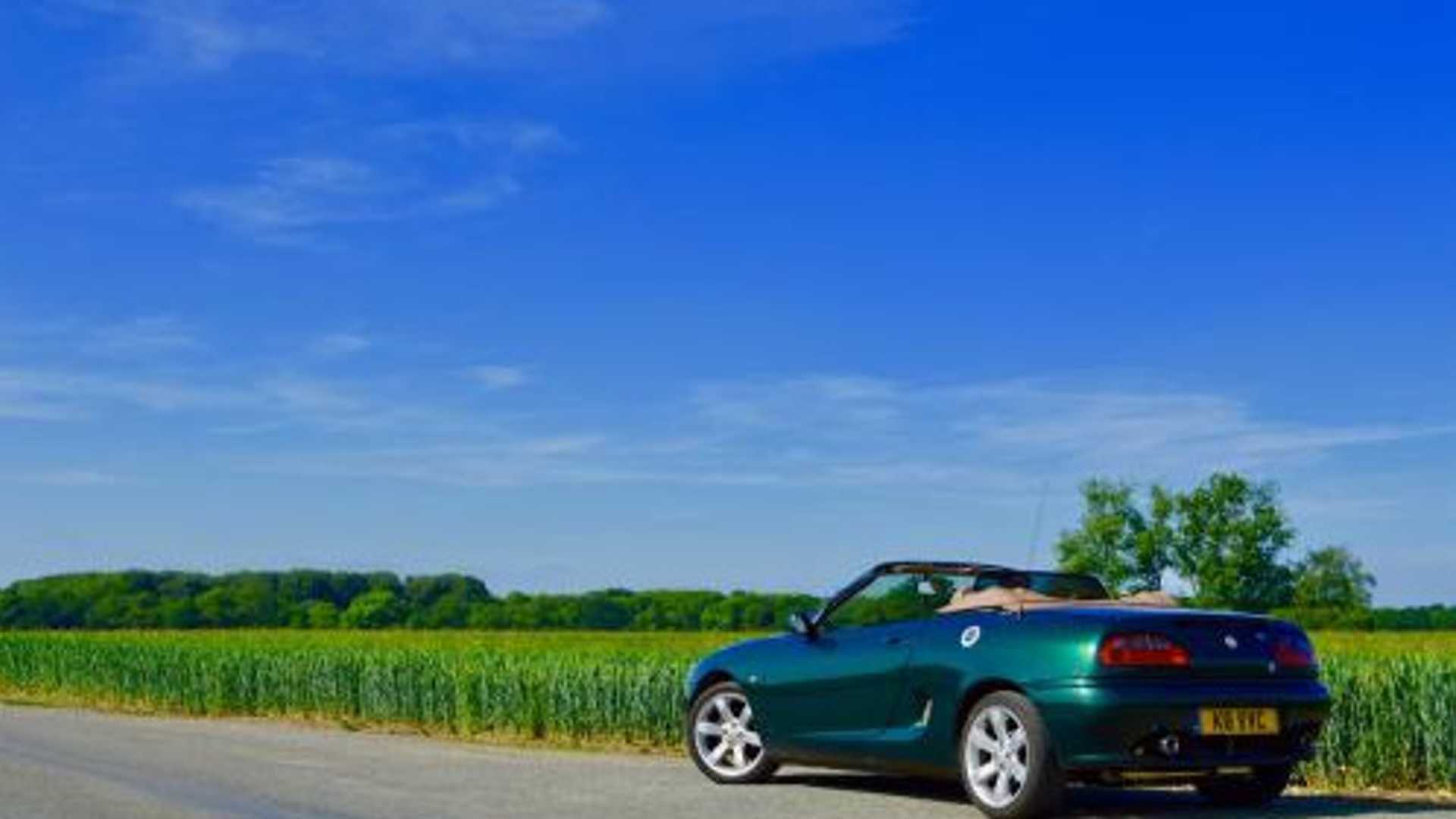 The humble and comically unloved MGF signalled the first standalone MG design in three decades, emerging from the wilderness after years in development hell. Subjected to a make-believe universe of flaming brazens and frenzied screaming, amid tandems of misguided management and disgruntled workers, MG Rover finally put the MGF into production for 1995; albeit six years after Mazda had taken the spotlight with the MX-5 in 1989. Ironic, as the latter tried to capture all the essence of a British sports car in the first place.

Despite the MGF’s development programme commencing with the downfall of British Leyland’s MGB in 1981, MG Rover appeared to fall asleep for a further 14 years before re-claiming the family brain cell. The MGF finally made its debut at the 1995 Geneva Motor Show and, to the disbelief of bandwagon jumpers, everyone loved it. The press, the public, the district nurse and local hairdresser… even celebrity (for reasons unknown) Victoria Beckham had one!

So, why the hate over the past decade? In a world dominated by the JDM (Japanese Domestic Market) scene, it’s easy to see why. The overwhelming aftermarket support for the MX-5, in addition to the car’s butch approach to handling dynamics, has landed the Mazda in the hall of fame. The MGF was a tame soul in comparison, preaching to the type of audience who wanted a sports car but also definitely did not want a sports car.

You need to remember, however, that this was the 1990s, when people were handing over the thick end of £20,000 for a VVC model. The Rover 800 Coupé cost more than a base Jaguar XJ-S, for God’s sake. Today, it’s another story.

So why should you be interested? As a sceptic, I purchased an MGF five years ago, and as a millennial I believe it’s criminally underrated. Hopefully you’ll agree, as the bemoaned MG model may otherwise fall foul of time. The time to act is now!

Why the MGF belongs in your garage

Featuring a mid-engine set-up, with that infamous head gasket-killing Rover K-series beating deep within the svelte bodywork, the MGF oozes merit. Admittedly, the design appears rather soft-core 1990s at this point in time, but don’t let that distract you ¬– because no one knows what these cars are any more, and that’s cool.

Before everyone repeatedly screams ‘head gasket’ in my ear like a petulant child, let me de-bunk this codswallop. The K-series is actually a very capable powerplant – so capable, in fact, that Lotus slam-dunked it into the rather impeccable S1 Elise. Then Caterham, who also thought it was all the rage, shoe-horned it into the Super Seven. I assume no one is going to argue with the king and queen of weight reduction, are they?

The K-series is actually one of the lightest production engines per bhp ever designed – and as for the head-gasket issue? Slap on a Land Rover one and you’re golden, honestly.

Better still, thanks to its use in a plethora of motor sport categories from yesteryear, you can squeeze some fairly extraordinary power from its 1800cc – and safely, at that. Strap on some individual throttle bodies (which will make it sound like you’ve woken the Kraken) with a stand-alone ECU on top of a Stage 1 kit, and you’re staring down the barrel of 190bhp in a car that weighs 1060kg. That’s 180bhp per tonne – which is what you get in a R33 Skyline GTR, Mk6 Golf R or even a Porsche 968 Club Sport!

In standard form, the little bulldog will reach 0-60mph in 6.9 seconds, and that’s with the standard 143bhp in the VVC model. Therefore, you can silence those who claim it has no ‘performance’. Blurting such a phrase is like asserting Brian Blessed has no voice.

So, how about the rest of it? Well, unlike an MX-5, you can get the wee MG in a rather splendid array of colours and trims that help us forget the days of avocado bathrooms and rubber bumpers.

The JDM boys are stuck with their black and grey interiors, whereas MGF owners are treated to the colours you saw in your Dad’s Mk2 Jag. With options of tan, red, green, blue, black, grey or cream leather, most tastes are catered for – and that’s before you look into whether sir wants walnut festooning the dashboard, or if madam would rather some roughly sanded aluminium that has a propensity to graze your arms and take out your eyes.

So far, this sounds rather brilliant, doesn’t it? Well, it’s about to get even better. The level of comfort offered in a typical sports car is usually akin to being dragged along the roads of pot-holed Britain on your face; potentially rather exciting, but also slightly unpleasant in the long run.

Not in the MGF, though! Upon rummaging through that Leyland parts skip, the designers found the Hydrolastic suspension used in the Allegro, amongst other British Leyland Olympians, provided supple comfort with direct control.

The beauty of this set-up meant that, in layman’s terms, the car rode like a Rolls and handled like a Lotus. Combine that with a fantastic weight distribution, and you have a pretty capable car.

Did I mention that the MGF was one of the first production models to get electric power-assisted steering? Second only to the Honda NSX, in fact – you know, the car that was developed with the greatest racing driver to have lived, a certain Ayrton Senna. The MGF’s steering feedback remains a complete joy, and the clichéd term ‘go-kart-like handling’ is very appropriate.

How much will I need to buy one?

At this point, it’s time to talk cost. Surely an exceedingly rare British sports car is going to set one back literally all of the Great British Pounds and cost the earth to run? Well, you would be amusingly wrong.

I bought my gorgeous British Racing Green one for £900, and the private registration plate attached is worth £750. I realise that yes, although it’s fun, it is rather tame compared with an MX-5 with a limited-slip diff, and yes a Honda S2000 is unashamedly more developed in every conceivable way, but you can’t get either of them for a net cost of £250, can you?

Mine worked as the perfect entry point into interesting motoring – especially as it was the first unusual car I could insure for below a million pounds at 20 years old. Now at the ripe old age of 25, I can confirm that I have been on thousands of miles-worth of adventures in my little MG, and it has never let me down – not even after I fitted a custom exhaust that makes it sound like a cross between an MGB and a puma on crack.

So jog on my friends! Browse through the classifieds and get yourself a bargain-bucket sensation with an MG badge, all for less than a PlayStation 4 with an accompanying copy of Gran Turismo Sport.