The Car That Defines The Decade Of Decadence Ferrari Testarossa

Testarossas have always been the quintessence of the eighties supercar. Angular lines, boxy looks and pop up headlights keep the old school Ferrari looking as cool today as it did back in the eighties and nineties, and that’s before we begin to make unsubtle references to Miami Vice.

The car offered here by GAA Classic Cars is a particularly well specced beast according to the vendor. Finished in Giallo Ferrari Yellow, tan leather upholstery contrasts to create a combination that was surely only possible in the decade of decadence. Just look at that brown leather dashboard.

Where Did The Ferrari Logo Come From?

That said, OCD could kick in when translating the word Testarossa. It’s Italian for red head, not yellow head.

Ferrari’s 4.9 liter flat twelve sits behind the driver in the typical italian setup, and provides 380 horsepower in North American spec. Enough, then, to shoot those haunches off into the distance in a 5.6 second zero to 60 miles per hour dash. 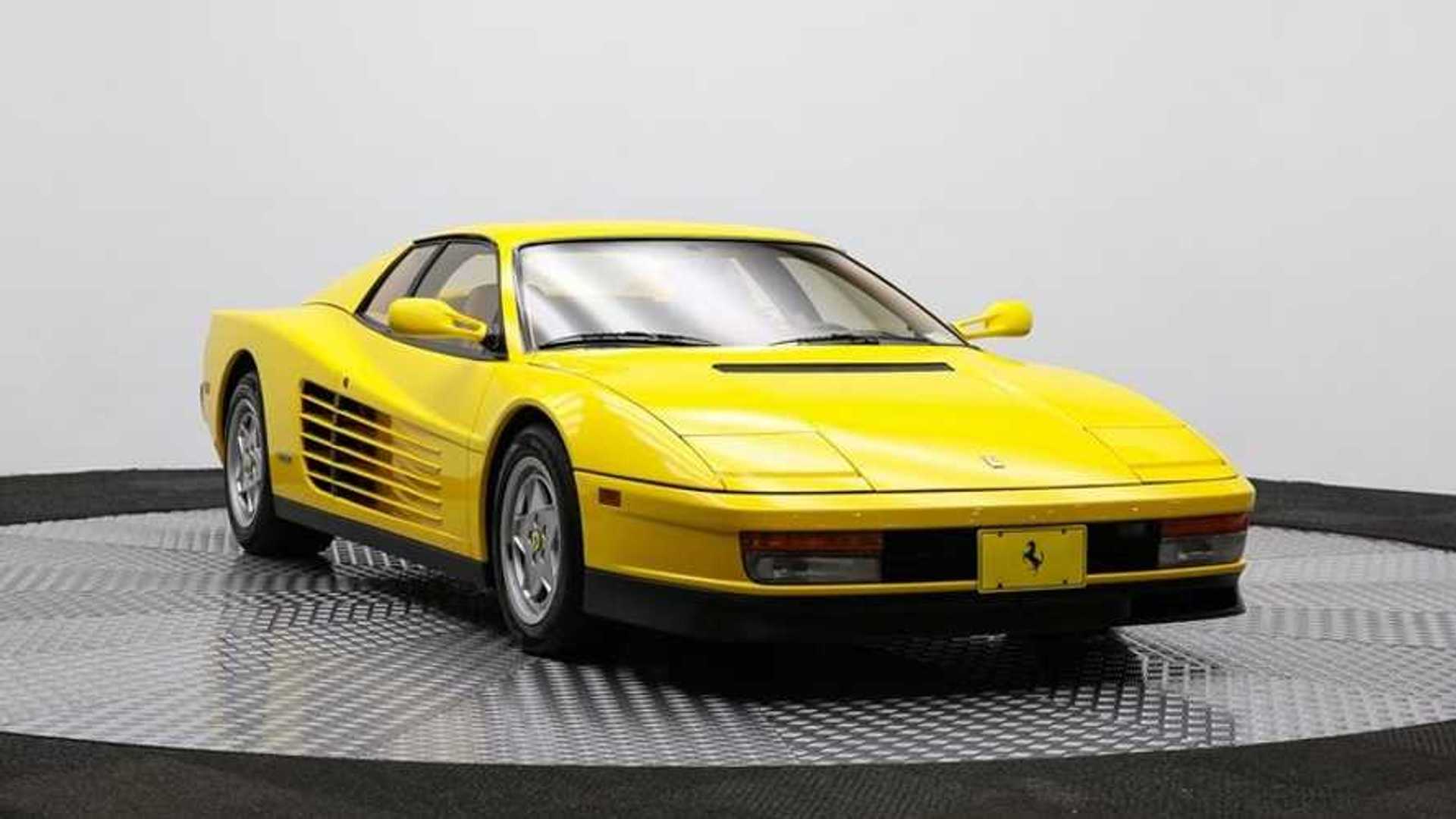 The Testarossa is famed for all sorts, but weirdly it takes the mantle as the widest car Ferrari has ever produced, sitting at 1976mm wide. That’s pretty wide. It also has the rather odd accolade of having a wider rear end in comparison to its front, so parking must be rather confusing when looking in the mirrors.

This particular example has some surprising extras including power mirrors and even power seats. And we can’t forget those hilarious electric seat belts that navigate their way round the door frame when you open the doors.

Despite its angular styling, the model sold in spadefuls, with nearly 10,000 of the wedgy titans roaring off to countries around the world, with a 12 year production run to boot. Imagine, you could buy a Ferrari F355 at a time where the Testarossa was still in dealerships, albeit renamed as the 512 TR or simply the F512M in its final form.

Continue the conversation on FerrariChat for dedicated Testarossa forums!