The Salvage Title Mustang That Was Thought To Be A Shelby

This 1966 Fastback was originally thought to be a true GT350 yet recent developments suggest otherwise.

Originally thought to be a true Shelby GT350, this 1966 Mustang has recently been discovered to be a clone, albeit a pretty good one.

Initial photos show a car that’s met an untimely demise, but look further and you’ll see some rather upsetting damage. If you’re anxious around twisted classic metal, we suggest you don’t look any further, but here’s the eBay listing in case you’re interested.

Regardless of the cars true identity, it’s always sad to see someones pride and joy end up in this state. Judging by the extent of the damage that was quite a hit. Whether it’s beyond the realms of repair is up to you!

Taking a closer look at the car its evident it was one clean Mustang prior to its rear end shunt. The inside looks pristine, with only the glove box lid missing - perhaps originally signed by Carroll Shelby to add to the authenticity of the clone build. 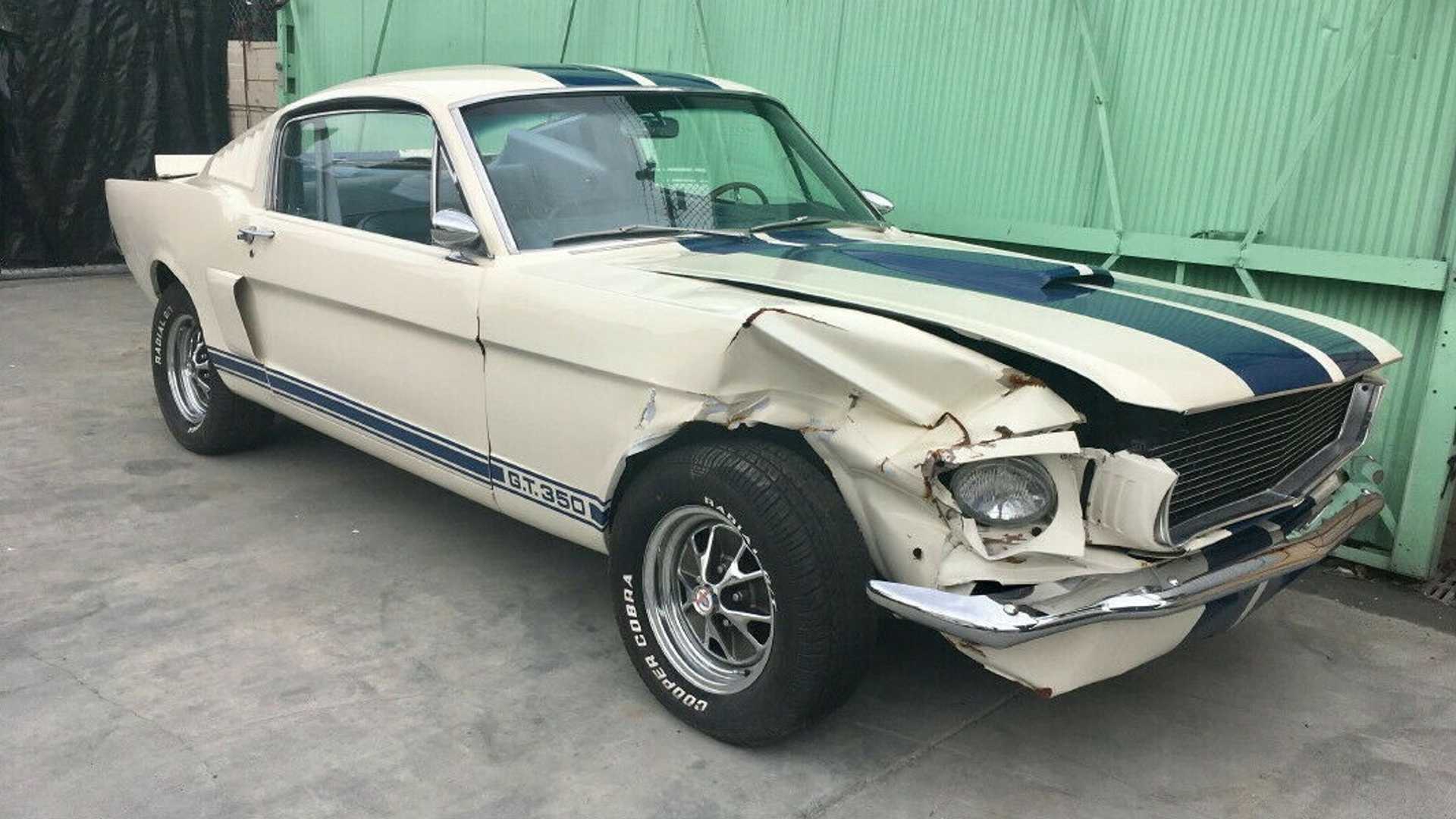 The 289 V8 reportedly works, although it cannot remain idling due to the fuel tank being punctured in the accident. Looking at the engine bay it looks clean enough to eat off, with a set of Cobra rocker covers and matching air filter.

Despite the fact its a clone, the car was originally thought to be a genuine Shelby, which would have altered its current $15,000 bid dramatically. Fortunately Ford enthusiasts and specialists confirmed its true identity thanks to the VIN number, that if a true Shelby would have had a 6R09K code.

Being an automatic would have affected values also, yet with true Shelbys of this era commanding prices in the region of $125,000 to $250,000, we’re sure it wouldn’t have been too upsetting in contrast.

Perhaps the new owner can try a particularly brave restoration with a likely twisted chassis, or more likely use the plethora of pristine parts that are undamaged for a different project, and give other Mustangs the chance of life on the road.