Due to demand of the niche, the program is geared towards modern classics and affordable collectibles.

International auction house, Bonhams, has just launched Bonhams MPH to focus on modern and affordable collectible cars and classics. This initiative will equate to four drive-through sales each year to cater to the demand for modern classics.

The first Bonhams MPH sale is kicking off on Thursday, September 26th. There will be on-site valuation and photography days held monthly, starting on July 26th - this will be a great chance to pick the minds of the MPH team about selling their car.

According to a press release from Bonhams, James Knight, Bonhams Executive Director and Motoring Group Chairman, offered that, ”Bonhams' motoring sales are known as the 'Blue Riband' of automotive auctions and until now, our sales calendar has served the higher end of the collector's car market.

Bonhams is making sure the process will be a simple online consignment experience. Using the new portal at mph.bonhams.com, which offers sellers and buyers an efficient way to list or purchase a car.

"We recognize that the market is evolving and now covers a much broader spectrum that, until now, we have not been able to provide our service or expertise too. We are delighted that Bonhams MPH will allow us to offer the same Bonhams values to a wider audience, via a more streamlined service.

Through the process, sellers will be able to use the set-by-step process. They’ll also fill out a 100-point condition report that tells the buyers everything they need to know about the car. From there, the buyers can bid in person, over the phone, or online.

"We identified Bicester Heritage as the stand-out location for our new operation and I am delighted that Dan Geoghegan and his management team expressed the same appetite for Bonhams to take up residence. We cannot wait to develop Bonhams MPH: the potential is enormous.”

Daniel Geoghegan, Chief Executive of Bicester Motion, owner of Bicester Heritage, commented, "We have long admired Bonhams' presence and performance in the classic car auction market and are absolutely delighted to welcome their new venture, Bonhams MPH, to Bicester Heritage.

"The establishment of Bonhams MPH within 90 minutes of 50 per cent of the UK population will offer the best professionalism in the auction world to the largest possible audience.”

"The arrival of Bonhams MPH augments Bicester Heritage's thriving Center of Excellence for the classic car work, now with over 40 specialists on site alongside its events.”

Launched earlier this month, the site is ready for use! 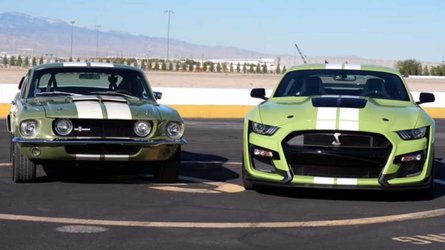 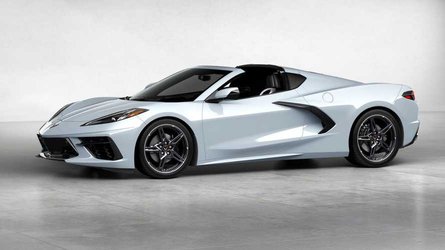 This no reserve auction could show the true resale market for the all-new C8 Corvette. With production rolling, the ...
By Jeffrey N. Ross Feb 11, 2020
news
Shop Sports
Show Me More