The cars will be for sale later this month.

Anyone who has been involved in or has followed the British motorsport scene over the past 50 years will definitely know the name Barrie “Whizzo” Williams. Barrie Williams retired in the beginning of 2018 and unfortunately passed away months later before his 80th birthday. He will always be admired as a British racing icon who was loved across the board. He will forever be celebrated for his outstanding driving style and exemplary car control. Barrie has somewhere between 700 and 800 races and 250 rallies under his belt, with several wins. While he will, of course, be remembered for his on-track accomplishments, his larger-than-life personality is what really left a mark on anyone who knew him.

The car collection of the late Barrie “Whizzo” Williams is scheduled to go on auction at the Silverstone Classic sale at the end of this month. One of the vehicles featured on the block is his 1964 Mini Cooper 1071S. Whizzo ordered this car right from his hospital bed following an accident. Even though the car was on a six-month waiting, Barrie received it just three weeks later. He and his co-driver, John Griffiths, went on to win the International Welsh Rally with the ’64 Cooper S and earn the first international win for such model.

Barrie continued to compete in the Mini for two seasons before selling it in 1965. He bought the car back just a few years later and restored it to the 1964 Welsh Rally Spec as a daily driver, sourcing and using original components. This very special Mini is estimated to make between £60,000 and £80,000. 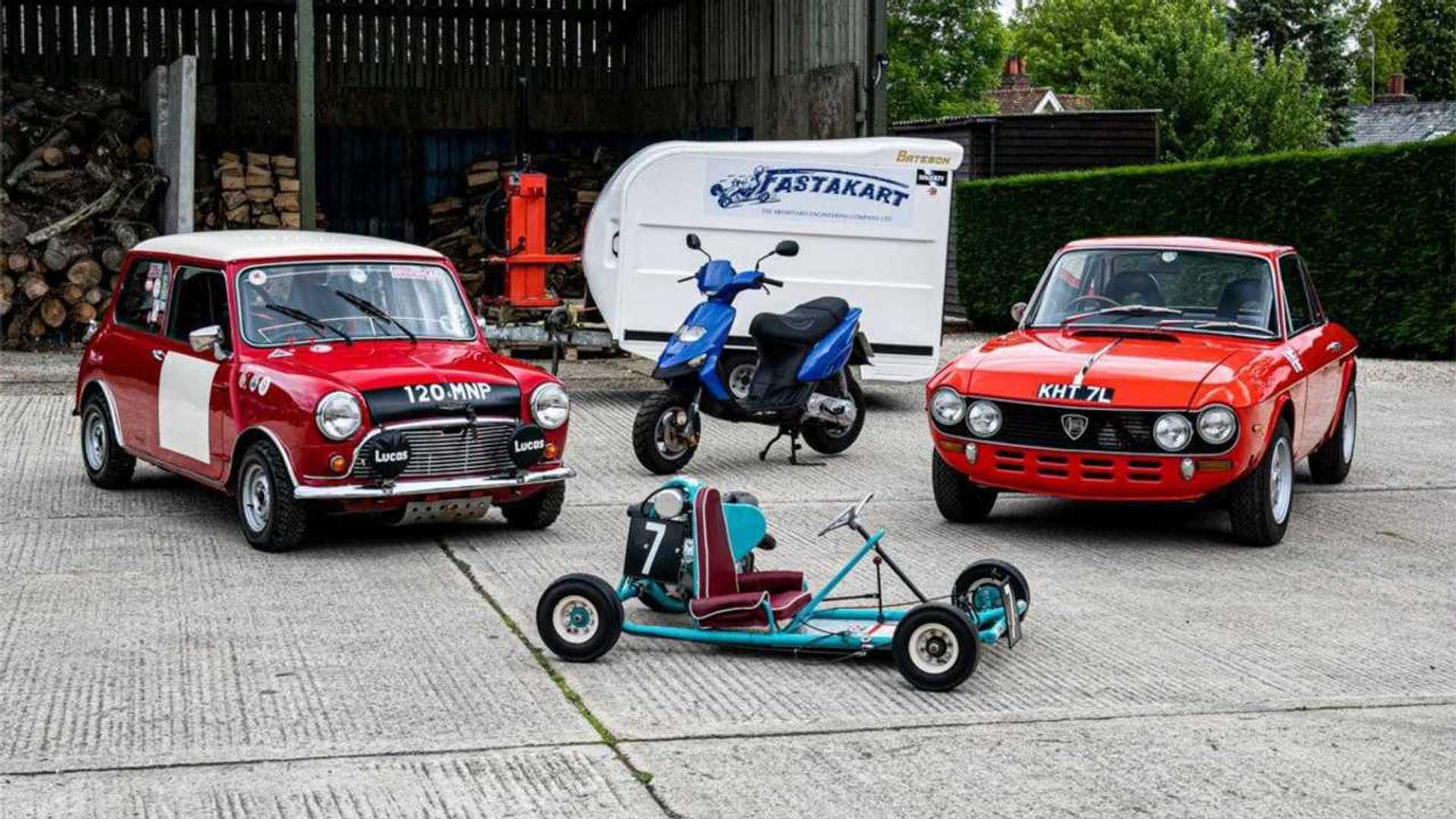 The second car to be auctioned off is a 1972 Lancia Fulvia HF Series II. It’s an immaculate example and has undergone extensive restoration with the documentation to prove it. This car is estimated to earn between £30,000 and £35,000.

The third slot belongs to Barrie’s original Fastakart that is being sold at no-reserve with a box trailer. In case you are unfamiliar with the name, it’s a go-kart produced by his father’s business. The final piece being offered is Barrie’s own paddock bike, a 2007 Gilera Stalker. He used this bike to get around paddocks and converse with different people, no surprise given his friendly personality.

The Silverstone Classic will take place from July 26th through July 28th.