Even for The Brother’s Collection, this 1967 Ford Mustang Fastback is off the charts and you’ll soon see why on this episode of Muscle Car Of The Week. We won’t spoil the entire video for you but we will say that this special paint pony car is a real stunner and has been babied beyond belief. Apart from its metallic purple paint hue, this Mustang 2+2 has under four miles to the dash. You heard that correctly; the odometer reads at just 3.4 miles and it’s legit! How is that even possible? How could someone do away with not driving such a classic muscle car? Rather than speculating the reasons why, Kevin Oeste delves into the actual story behind this beauty.

We won’t reveal the full story to you here, but we will talk about the model itself. This 1967 Ford Mustang is an all-original 2+2 Fastback. This is perhaps the most intriguing and significant part of the car. It has never been restored so the way it looks now is the same way it appeared when it was “born.” What’s more, the example you see here is so new that is has never been dealer prepped. That means there’s no center caps, valve stem caps, windshield wipers or even floor mats.

On top of all that, this 1967 Ford Mustang Fastback is painted in a color that was never actually available to the consumer public. The purple hue hugs every curve of this classic just the way it deserves. The color is truly a mystery as its only noted as “special paint” on the vehicle’s factory window sticker. Kevin Oeste explains that there was a ’67 Mustang special order color called Evening Orchid, and it was used on a 1967 She Country Special Mustang GT sold by a Colorado Ford dealership. This car’s exterior paint, however, is different than that color and so the mystery remains. 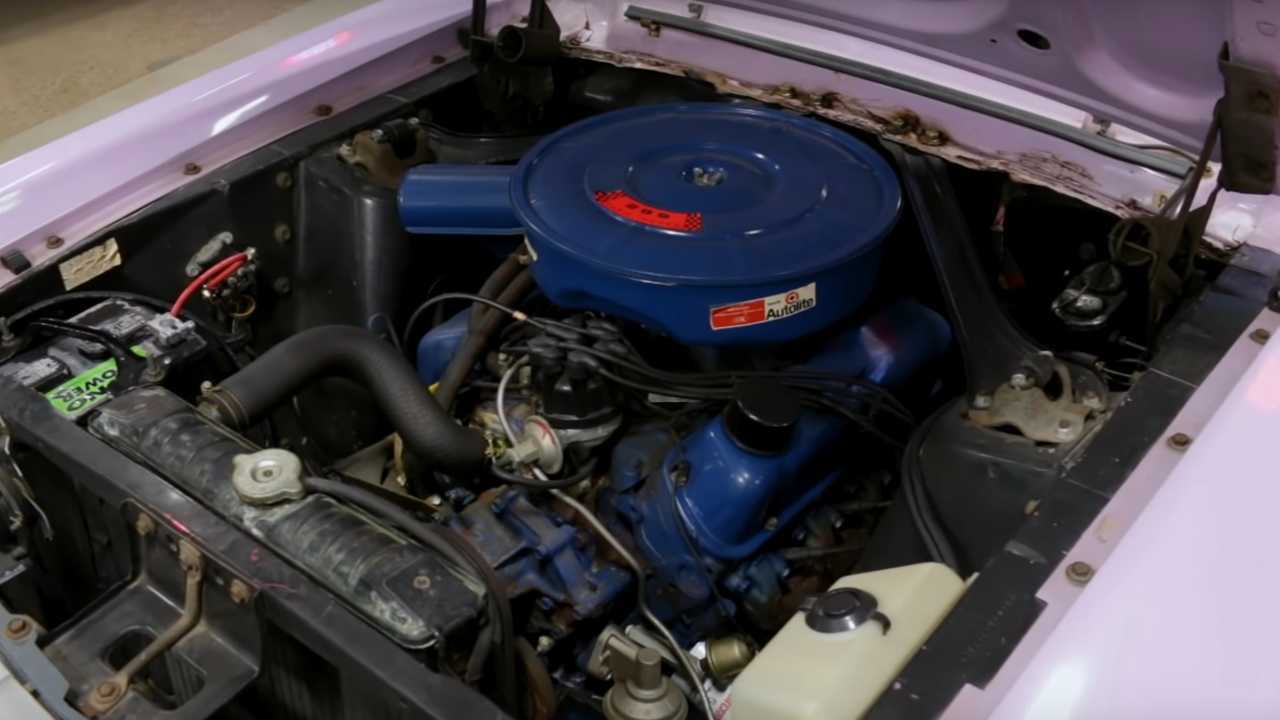 The car is such a baby, in fact, that the cabin has that new car smell we all know and love. It features an optional center console, AM radio, and deluxe seatbelts. It’s got tinted windows, black bucket seats, and a clean dashboard layout. This model is powered by the two-barrel 289 cubic-inch V8 engine mated to a four-speed manual transmission. This combination delivers about 200 horsepower and 282 pound-feet of torque.

Watch the clip above to learn about the story behind this special 1967 Mustang. It sits on a turntable merely spinning to preserve its low mileage, which to some is a sad sight to witness. It may not have had its power unleashed to full potential with its throttle wide open on the freeway, but it’s quite a feat to be in the like-new condition it is today. If anything, it’s certainly destined to be a unique museum piece. Either way, it will be appreciated and shown off in one way or another.

Source: Muscle Car of the Week