It’s scheduled to cross the auction block this fall.

The Saratoga Auto Auction will take place at the Saratoga Performing Arts Center from Friday, September 20, 2019 through Saturday, September 21, 2019. The 1967 Austin-Healey 3000 BJ8 MK III you see here is set to cross the auction block under lot number 208. It received a two-year comprehensive restoration in 2017 to get it to the immaculate condition it is in today. No expense was spared; $110,000 was invested in the resto process. Since the restoration, this car has clocked just 230 miles!

This Austin-Healey is dressed in an elegant Golden Beige Metallic exterior color with a contrasting Maroon Connelly leather interior. This is truly a #1 car in terms of its condition. It was entered in and judged at a Concours event at the 2017 British Invasion car show in Stowe, Vermont. There, it finished first in the “Premiere Group” and won “Best In Show” with an impressive score of 98.8%!

The Austin-Healey 3000 is arguably one of the most sought after and desirable British sports cars of all time. It was manufactured between 1959 and 1967 in three series. The Austin-Healey 3000 is the best known of the brand’s “Big Healey” models. A true collectible, the car is nothing short of a motoring icon. The bodywork was done by Jensen Motors and the vehicles were assembled at BMC’s MG Works in Abingdon, alongside the corporation’s MG models. While in production, the Austin-Healey 3000 transitioned from an open sports car (with a child-transporting 2+2 option) to a full sports convertible. 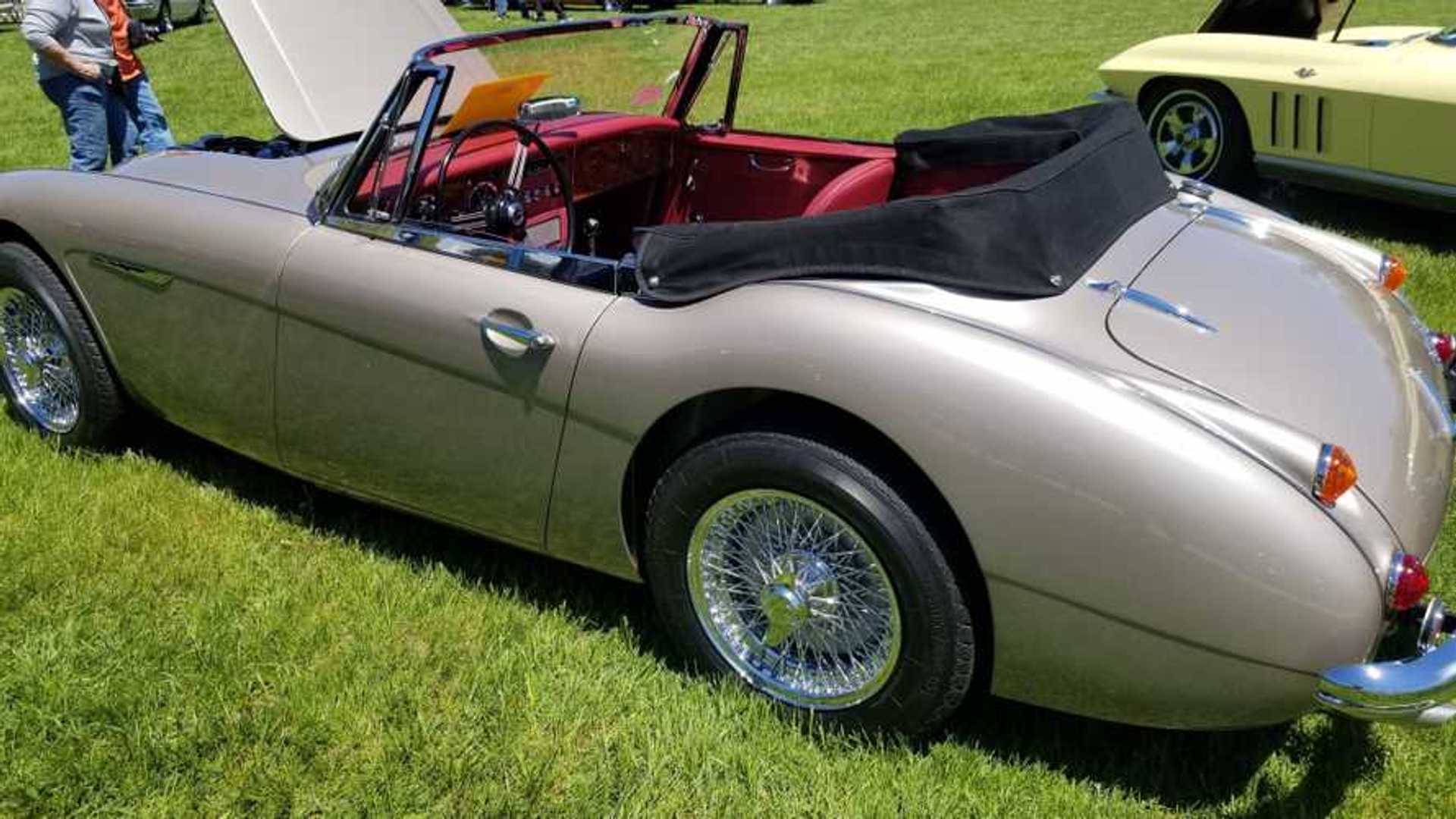 In 1963, nearly 92 percent of all Austin-Healey 3000 models were exported–most of them to North America. The 3-liter 3000 was a very successful automobile and outwon its class in several European rallies in its day. In fact, it’s still raced in classic car competitions by auto enthusiasts today!

The final installment of the Austin-Healey 3000 was the MkIII version in 1964. Power figures increased to 150 horsepower, and the cabin was extensively updated to make the 3000 MkIII the most luxurious of all the big Healey vehicles. All Healey 3000s are powerful with iconic good looks, and high collectible value. Among the two most popular models are the 3000 MKIII you see here and the two-seat, three-carb MKII.