This is how celebrities say "I love you."

Just weeks after Alex Rodriguez surprised Jennifer Lopez a 2019 Porsche 911 Carrera GTS Cabriolet for her 50th birthday (July 24th), A-Rod took to Instagram to show that his birthday present was just as cool. She returned the favor by gifting the former-Yankee a car of his own for his 44th birthday (July 27): a beautiful Yankee-blue first-gen Ford Bronco. He later posted a video as he drove the Bronco with J-Lo riding shotgun. 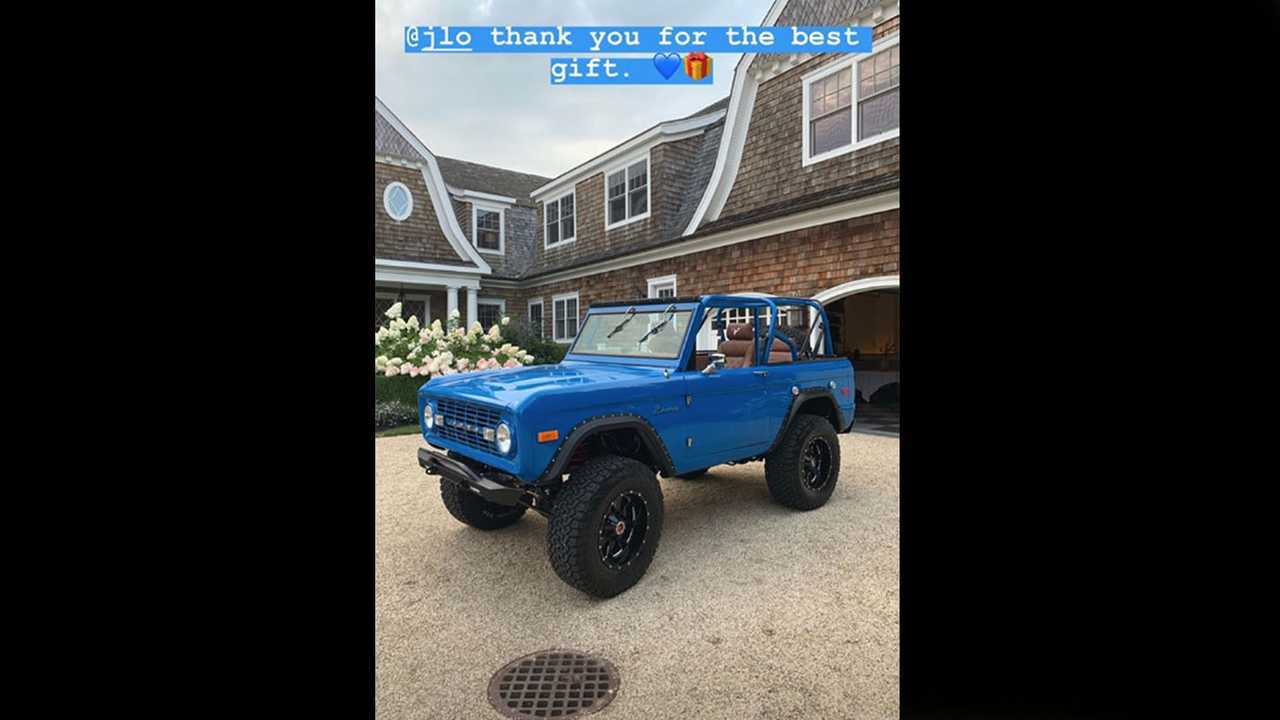 While there is no information about the Bronco, it sure is a good-looking rig. The first-gen Broncos were produced from 1966 until 1977, although it is unclear what model year A-Rod's Bronco is. What we do see is that the body and matching roll cage are painted in what appears to be Yankee blue, and fortunately there are no pinstripes on this truck. It's definitely lifted, and the wheels, tires and fender flares give this Bronco an aggressive stance. Inside, we can make out enough of the interior to see what appears to be a plush cabin wrapped in dark brown leather with a quilted center pattern.

Depending on what's under the hood, this Bronco could cost as much as, if not more than, the brand-new 911 GTS he purchased for J-Lo, which says a lot about the current market for these classic Broncos. Slightly modified Broncos are consistently priced upwards of $50,000, while high-quality restomod versions run well into the six-figure price range.

Rodriguez spent 20 years playing Major League Baseball for the Seattle Mariners, Texas Rangers and the New York Yankees, while Lopez has been in music and acting since the early 1990s. Both are originally from New York, and they have been dating since 2017; they were engaged earlier this year.