He received the car in July of this year.

Comedian Kevin Hart has undergone surgery and will need weeks of therapy after being in a serious car accident recently. The funny man was a passenger in his heavily-modified 1970 Plymouth ‘Cuda named “Menace” when the car crashed on September 1. Friend Jared S. Black was driving when he lost control, the vintage muscle car careering off Mulholland Highway, through a fence, and down an embankment in Calabasas, California. Images of the Plymouth show the roof was severely damaged, along with other portions of the vehicle. Police have ruled out alcohol as a factor in the accident. 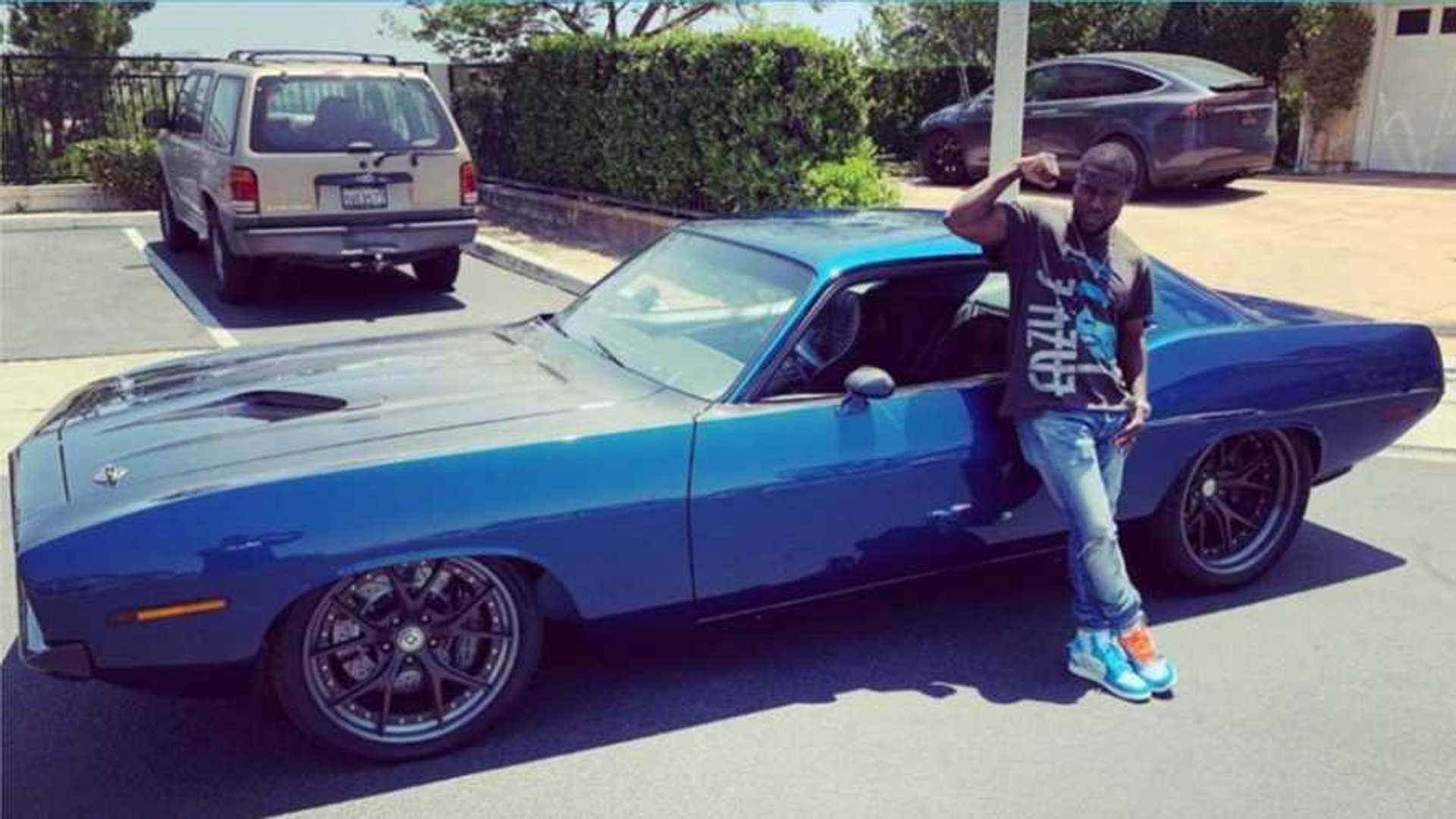 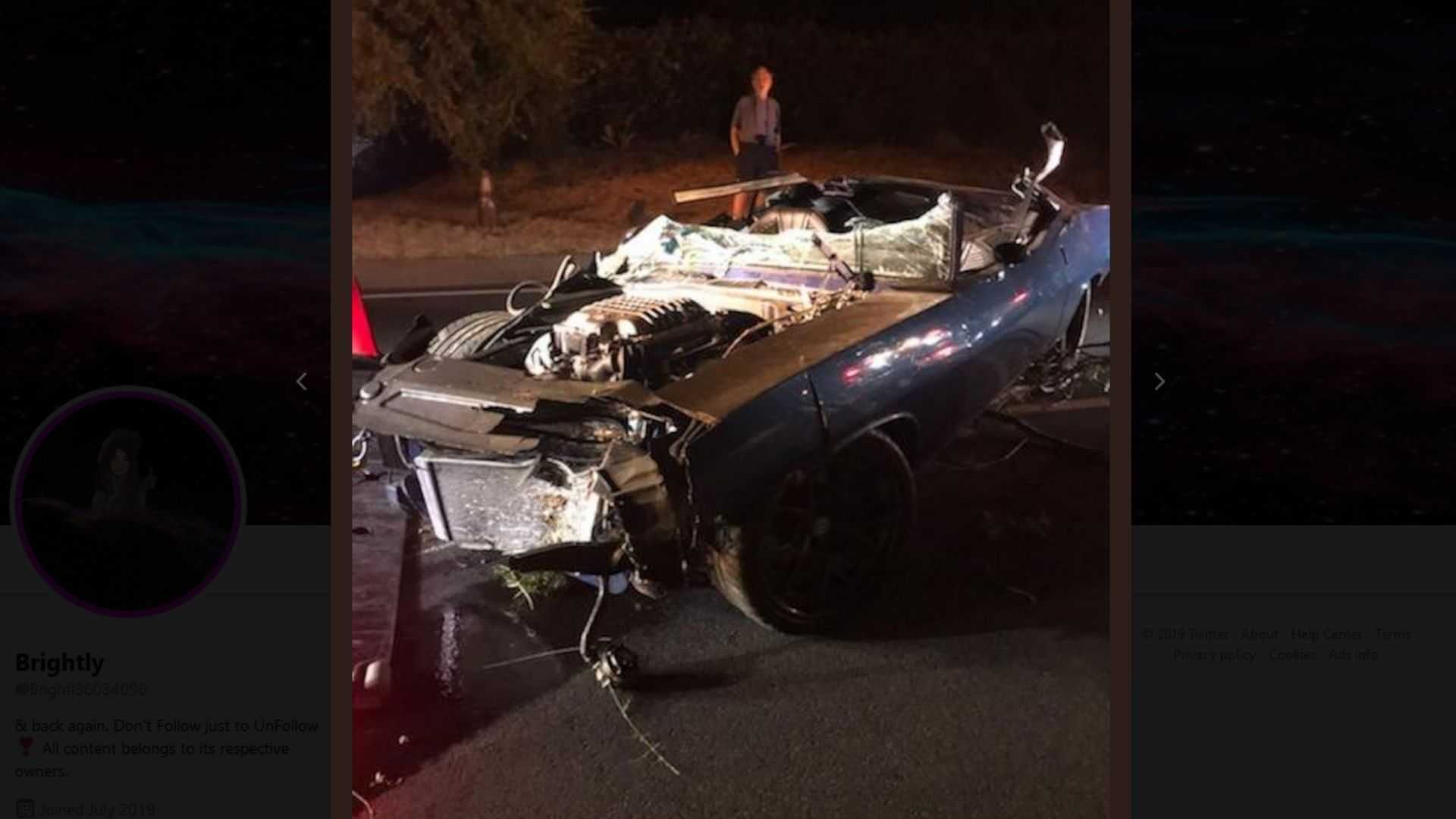 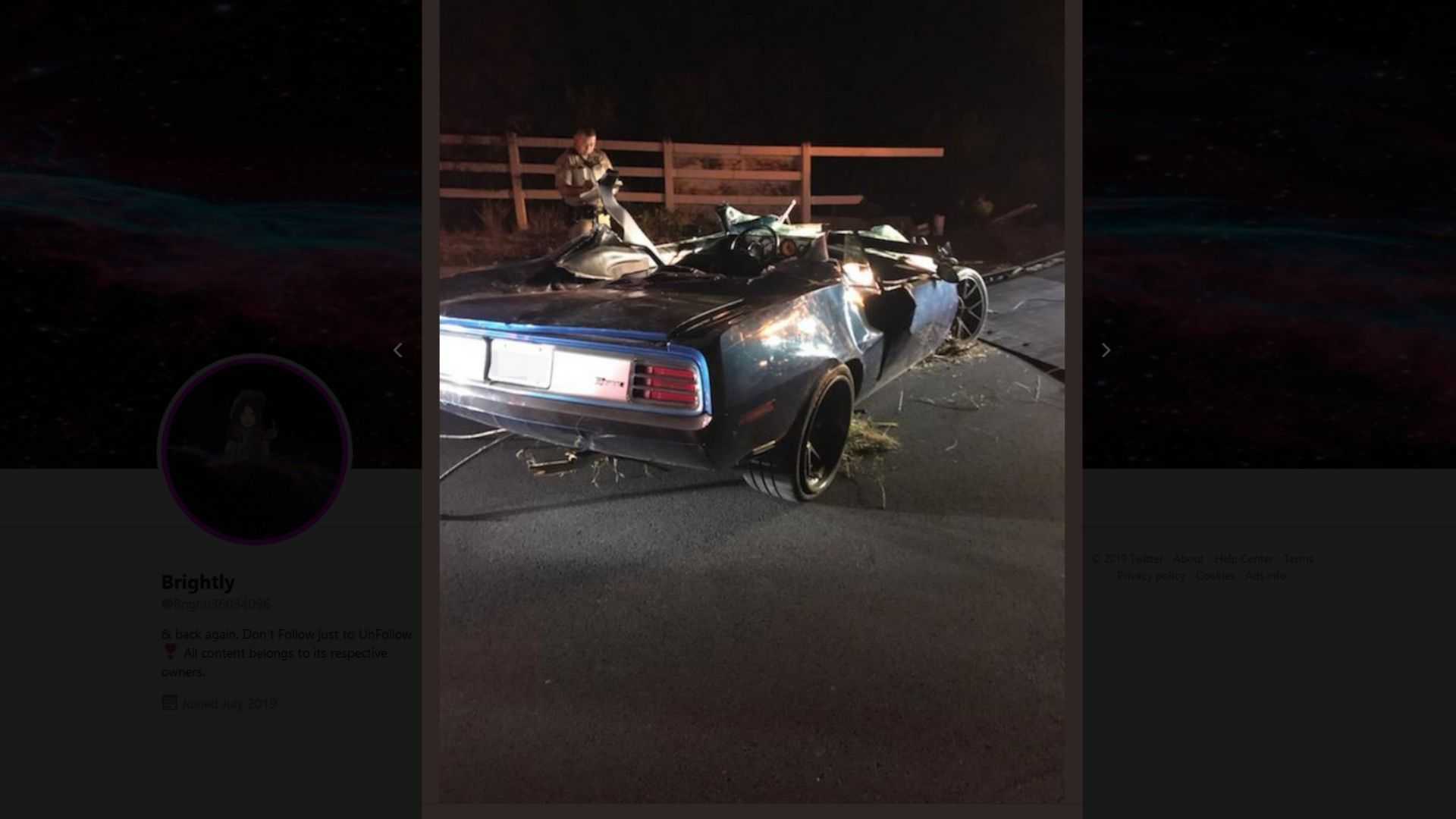 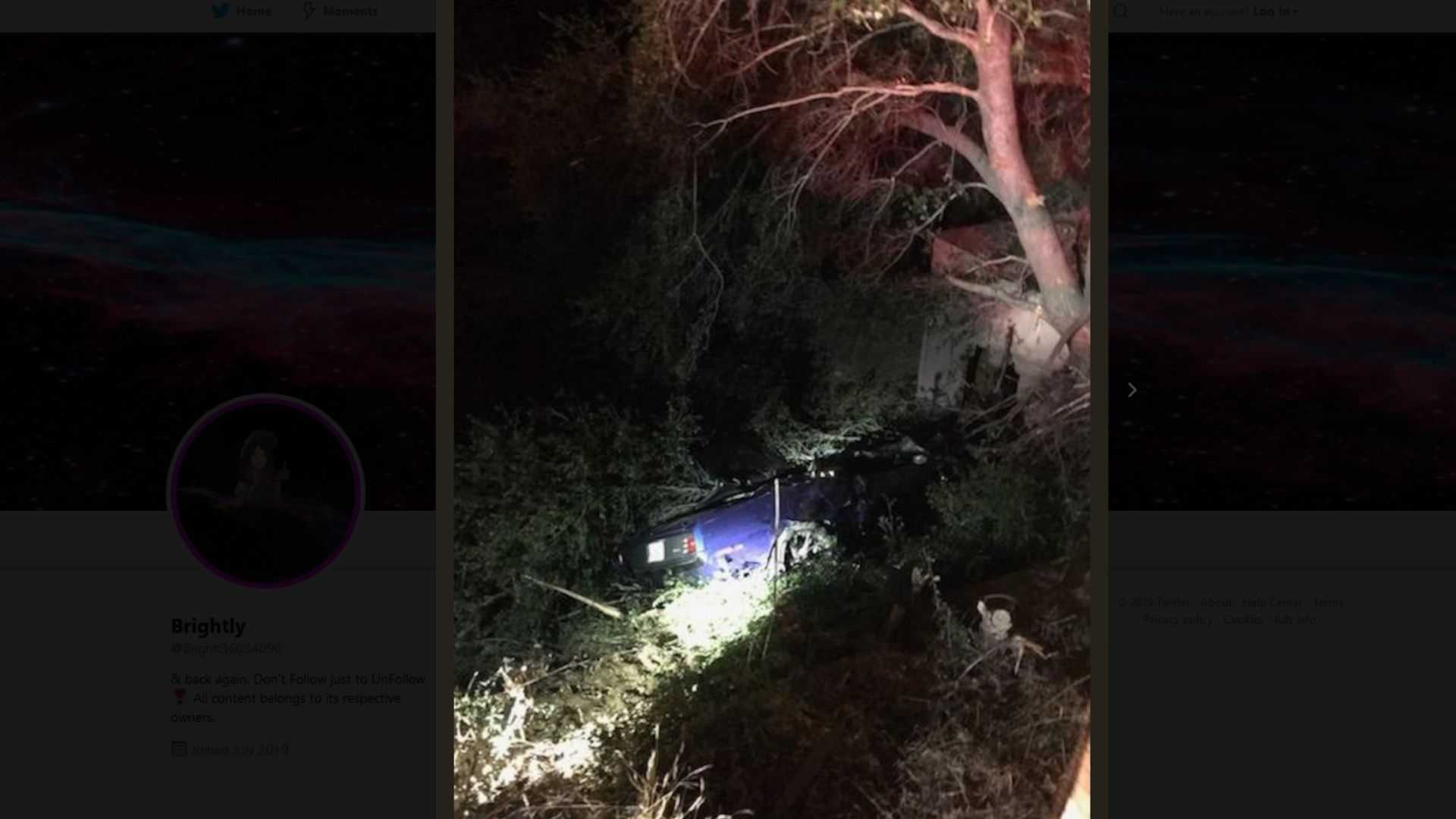 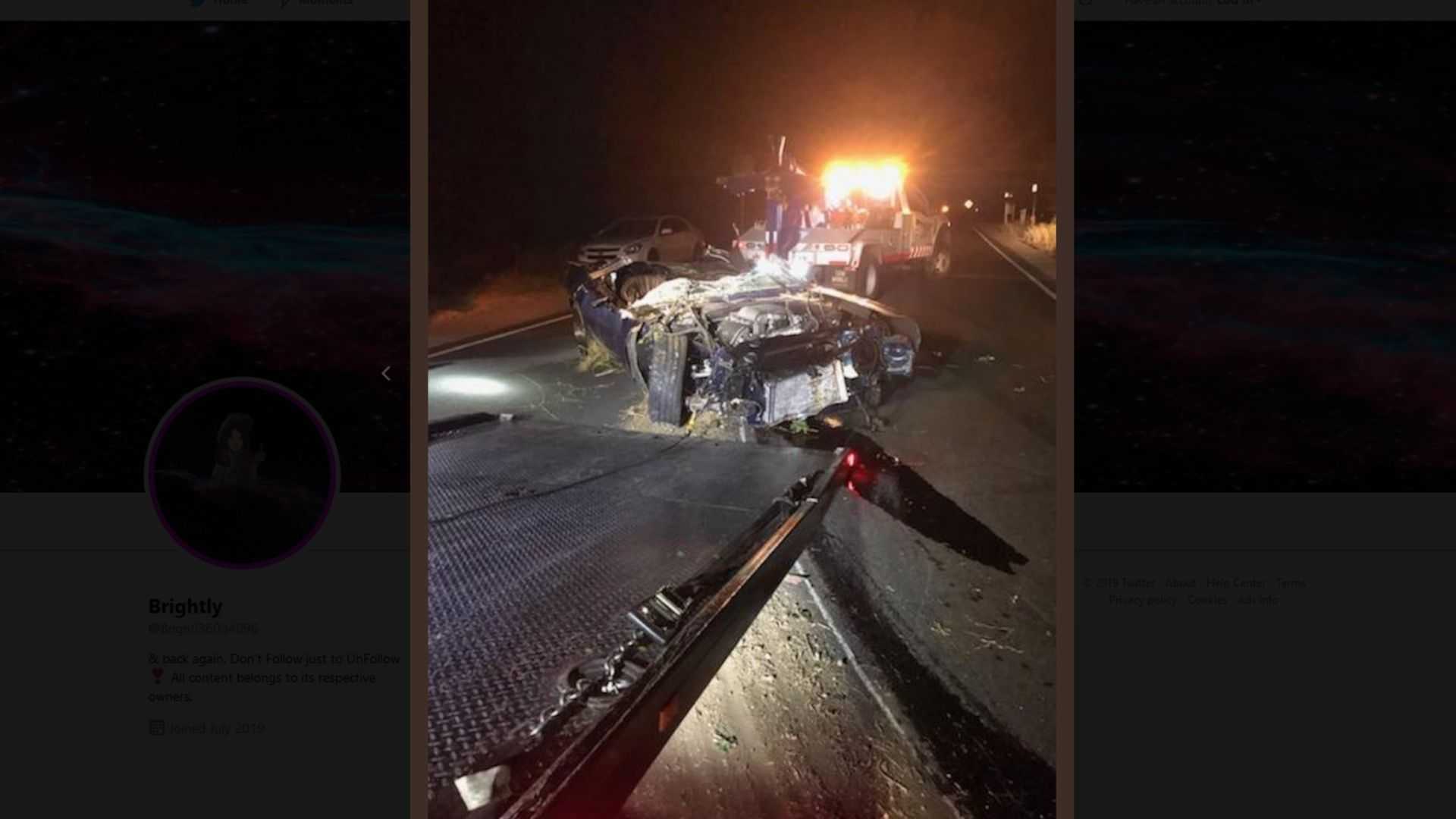 Kevin Hart underwent an unspecified medical procedure Sunday nightHart's wife provided an update on her husband's condition on Monday, stating that he's doing "great" and is "going to be just fine." She also divulged he was awake. Considering rumors have been flying around that Hart was paralyzed in the crash and can't talk, despite the fact he left the scene on his own and went home before seeking medical care at a local hospital. However, multiple reports claim Hart will be in physical therapy for some time after the accident. Black, on the other hand, had to be airlifted from the crash site.

Back in July, Hart proudly displayed Menace on social media. The funny man has an affinity for American muscle cars, particularly those which have been modified to boost performance. This particular 1970 Plymouth ‘Cuda was packing a supercharged 6.2-liter Hemi V8 we all know by the Hellcat name. Built by SpeedKore Performance Group, the car is something an inexperienced driver should not handle.

Menace was a star at the 2016 SEMA show in Las Vegas, where it made its public debut. Not only does it pack serious power, the car features a carbon-fiber hood, front fenders, front bumper, valance, and header panel. That and other lightweighting measures netted a curb weight of just 3,400 pounds. SpeedKore reinforced the subframe to improve handling.

A third occupant was in the car, Rebecca Broxterman, who is engaged to Black and is also Hart’s wife’s personal trainer. According to the California Highway Patrol report, first responders had to extract two people out of the Plymouth. Broxterman, who was sitting in the backseat, escaped with only minor injuries but was trapped.

While it’s fortunate nobody was injured more seriously or killed, Menace might not be so fortunate. Photographs of the crash show the muscle car has been extensively damaged, although details aren’t available and might not be for some time. There’s the sad and very real possibility this was the Plymouth ‘Cuda’s final ride into the sunset.