If the motorcycle you see here looks familiar, you’re not wrong. This 2012 Orange County Chopper Biodiesel was featured on two episodes of the hit Discovery Channel show American Chopper in March and April of 2012. It was also seen in many events across the country. This bike was originally unveiled at the Biodiesel Conference & Expo in Orlando, FL, and made several stops from coast to coast to promote biodiesel. If this strikes your fancy, you are in luck. This 2012 Orange County Chopper is slated to cross the auction block at the upcoming Vicari Auction in October. The auction will be held at the Mississippi Coast Coliseum and Convention Center in Biloxi, Mississippi from Thursday, October 10, 2019 through Saturday, October 12, 2019. You can register to bid on the biodiesel motorcycle (Lot F326) right here.

This fully customized three-cylinder motorcycle is in immaculate condition and contains several handmade parts. It boasts timeless styling with a two-tone metallic green and cream paint job with contrasting chrome to emphasize the cool, one-off parts built just for this model. The turbocharger plumbing, gearbox, unique chrome primary case, triangular injection covers, and radiator will not be seen anywhere else.  It starts right up, runs well, and drives perfectly. The bike has only 65 miles on it! So, it’s got its whole life ahead of it and is ready for a new rider. It’s one-of-a-kind and extremely rare, so be prepared to bring home a trophy or two at your next event. 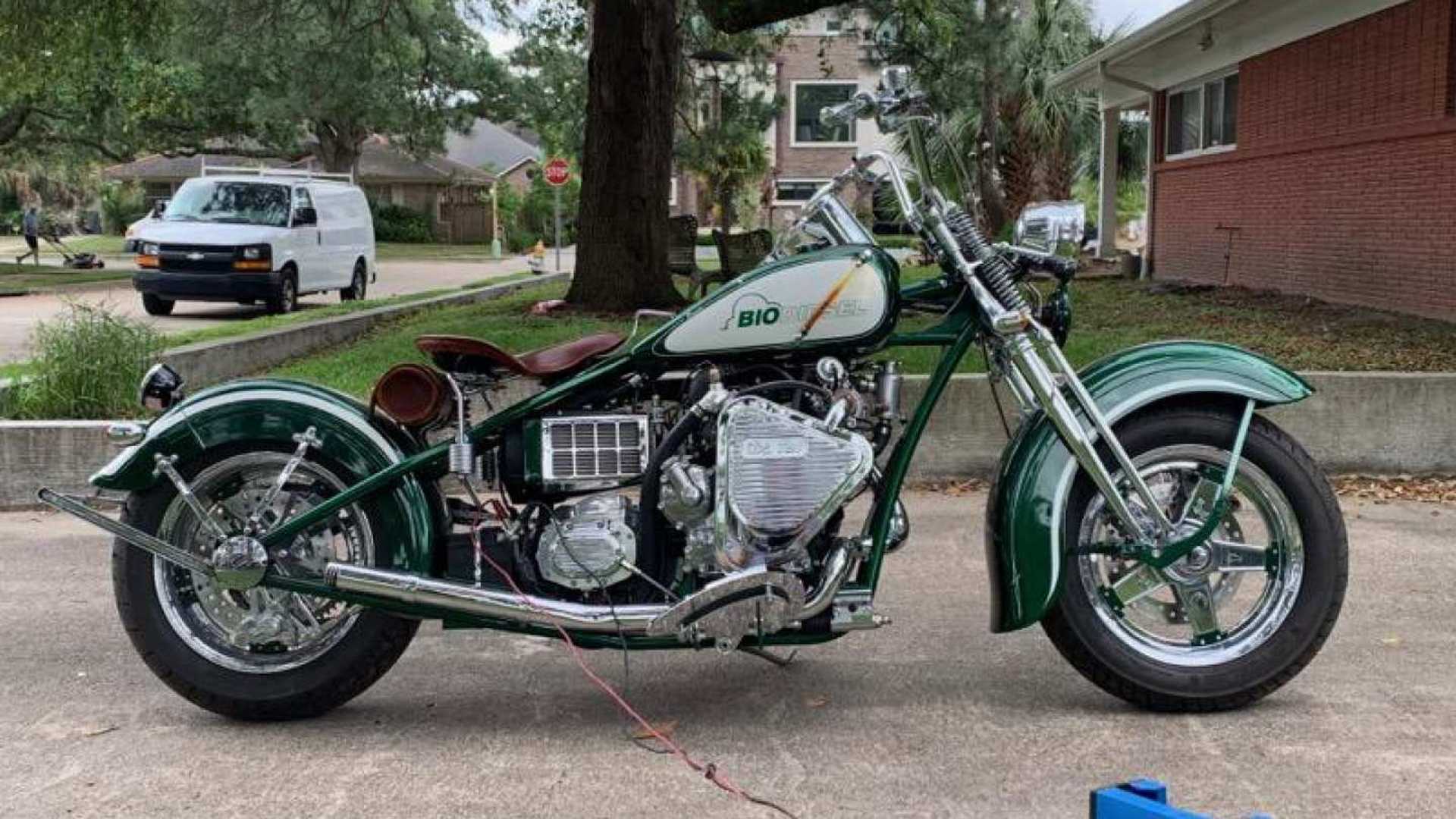 For those who may not be familiar with this 2012 Orange County Chopper Biodiesel, it is the world’s first street-legal, high-performance turbo biodiesel motorcycle. It was manufactured by Orange County Choppers with national biodiesel board member CIMA Green and Paul Sr. It’s EPA approved and likely one of the “greenest” motorcycles on the planet–no pun intended, of course. That’s because this bad boy returns more than 100mph to make it perhaps the most economical big bike in the world today.

Biodiesel is a renewable fuel made from agricultural byproducts and co-products like soybean oil, and other fats and oils. The biodiesel industry supports 39,000 American jobs. In purchasing this bike, you'd (in a way) be supporting the cause and future. But aside from all that, it's a really incredible piece of machinery that would make a cool addition to your garage. Register to bid today and stay tuned for the auction in just a few weeks!