For $28K, Would You Buy A Race-Wrecked Jeff Gordon Monte Carlo

You don't have to look very hard to find retired racecars listed for sale, but you don't often see them like this. The Orlando Car Museum is selling a NASCAR-raced Chevrolet Monte Carlo SS from the 2006 season, but this is no ordinary racecar. This is the car that may have saved Jeff Gordon's life and/or career following a horrific crash at the 2006 Pocono 500.

Check out the video of the crash below. 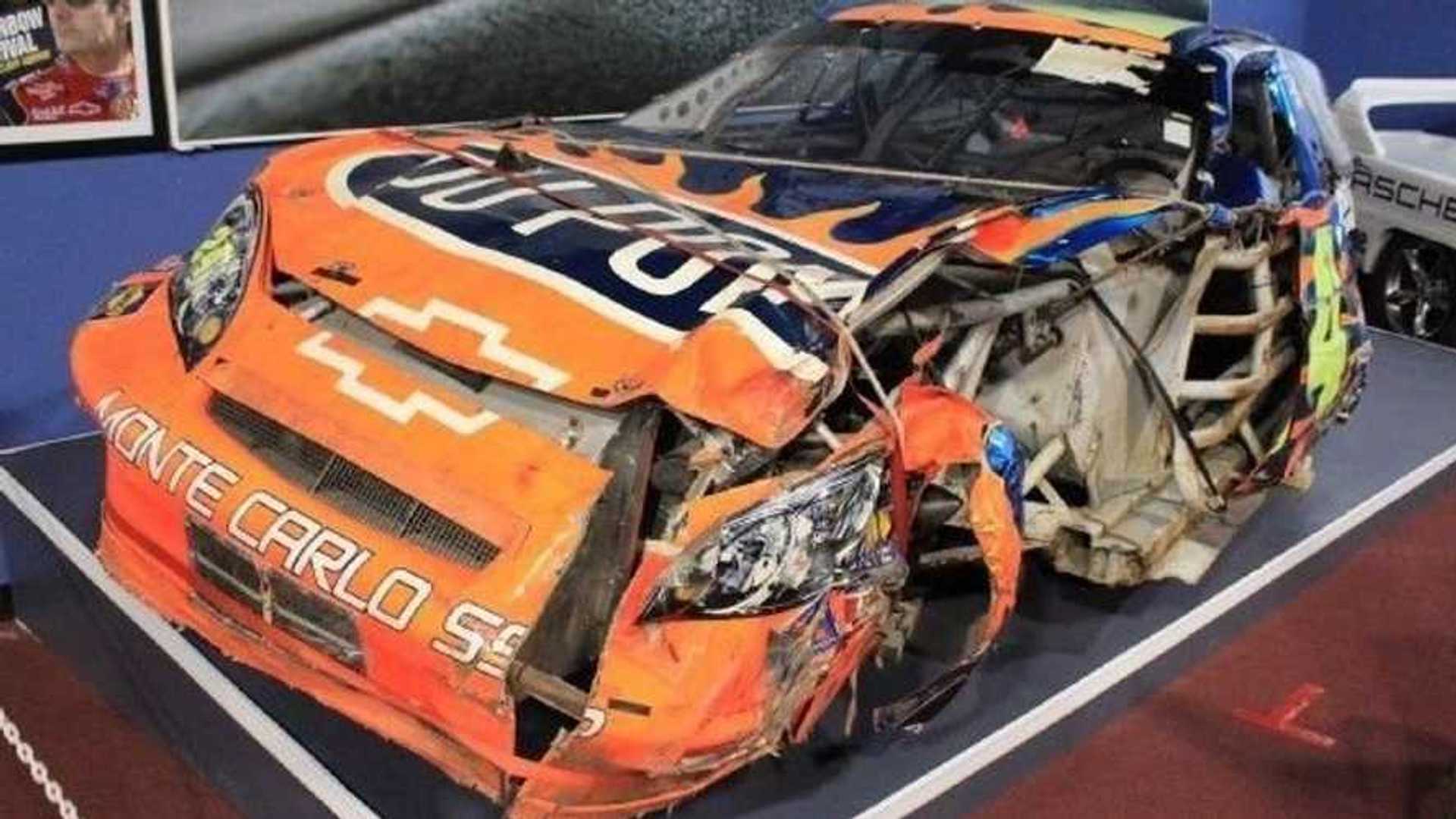 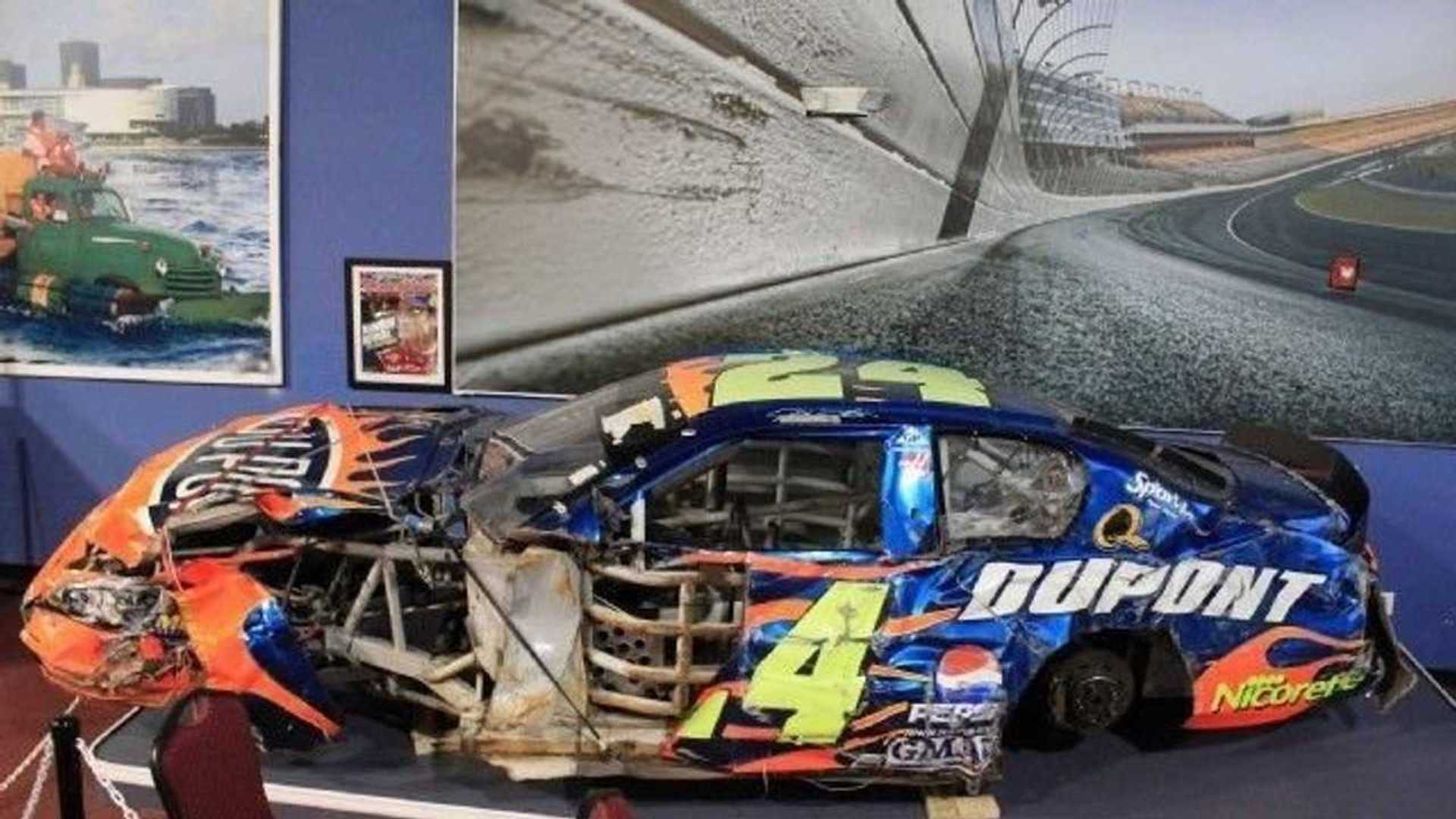 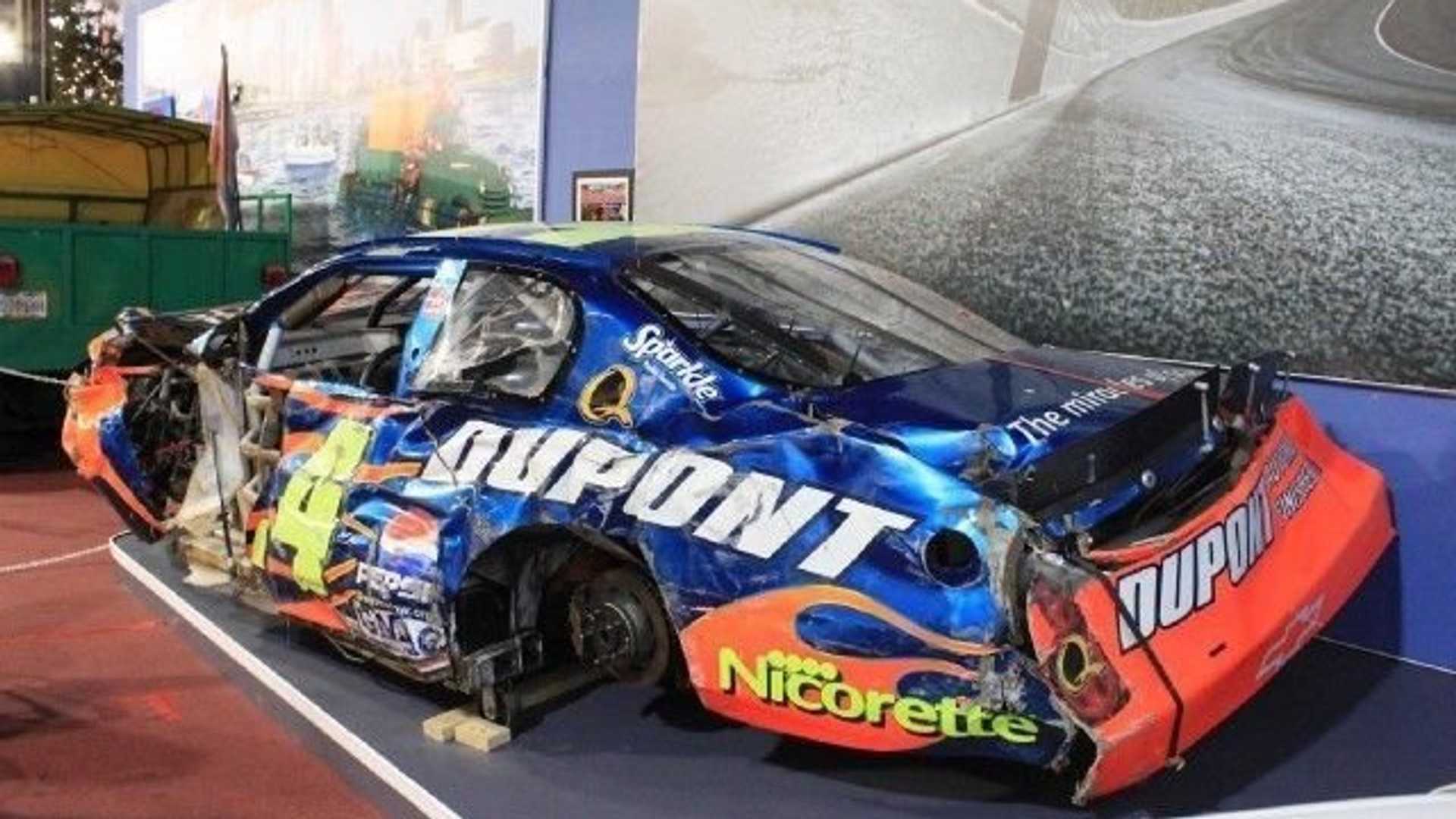 With 10 laps to go in the race, Gordon's car apparently broke a right front brake rotor as he was driving into Turn One at almost 200 mph. From the video, it looks like Gordon attempted to drive into the grass to shave off some speed, which caused the car spin around and went up the track making hard contact with the wall on the driver's side. After the crash Gordon said it was one of the hardest hits he had ever taken.

Amazingly, Gordon pulled himself from the car and even stopped to check out the brakes before heading to the ambulance. As you can see from the images of the car in its current state, the brakes may have failed by the roll cage and safety cell performed flawlessly. Speaking of the car's current condition, the engine and transmission have been removed as have the wheels tires, so this has been mounted on casters in order to move it around easily.

Despite the heavy damage, all of the car's sheet metal is there, which makes it easy to identify as a Jeff Gordon NASCAR Chevy. It looks like the seat and steering wheel are still in the car, but the electronics and the fuel cell appear to have been removed. 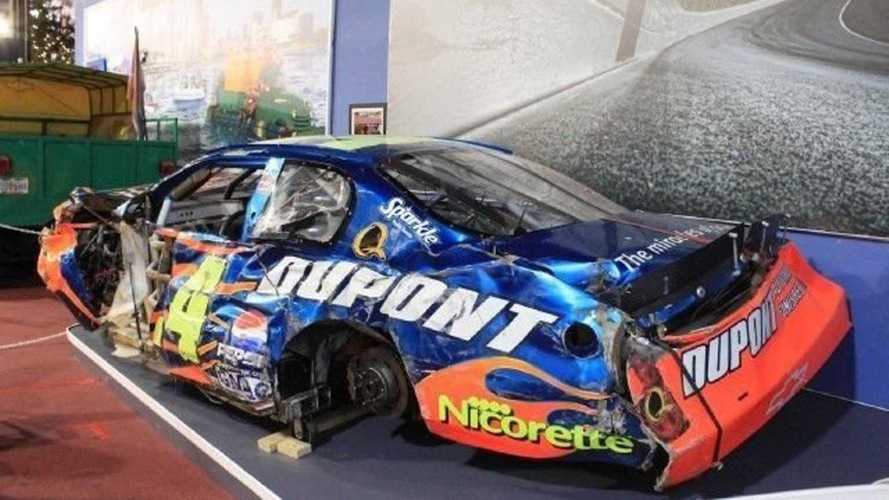 The Orlando Auto Museum has Gordon's iconic multi-colored Dupont Chevrolet listed for $27,995, but you can always make an offer on this mangled heap of NASCAR history by clicking HERE.