Honda will display this cute custom in its SEMA Show booth.

Earlier this year, Honda announced that it was creating a spin-off of the Hot Wheels Legends Tour, called the Honda Super Tuner Legends Series. Out of the 18 stops planned for Hot Wheels, Honda's tuner series was at four of the events, and at each show, a finalist was named. Symbolically, the first-ever Honda Super Tuner title went to a customized 1972 Honda N600, which just so happened to be the first-ever Honda car sold in the U.S. 60 years ago.

It wasn't just nostalgia that earned this car a parking spot at the 2019 SEMA Show, though. The stock 600cc two-cylinder engine was replaced by a Honda VFR 800cc V4 motorcycle engine, and it has been mounted in the back of this car swapping the front-engine, front-drive city car into a rear-engine, rear-drive tuner car. When the N600 went on sale in 1969, its engine produced 45 horsepower, but this motorcycle engine is stock form is capable of power that almost triples that output. In addition to the engine swap and the wide wheel arches, this custom N600 uses Mazda Miata suspension components, modified first-gen Camaro bumpers and bucket seats from a Polaris RZR side-by-side. It took five years for owner Stephen Mines to complete this custom Honda.

At each of the four events (Denver, Seattle and two stops in California in El Segundo and Santa Clarita), there were separate displays where local Honda enthusiasts entered their custom Hondas for a chance to win the Super Tuner title. This amazingly custom 1972 Honda N600 had some tough competition, and it beat out a 1978 Honda Civic, 2003 Honda S2000 and 2015 Honda Civic Si to win the Honda Super Tuner title. 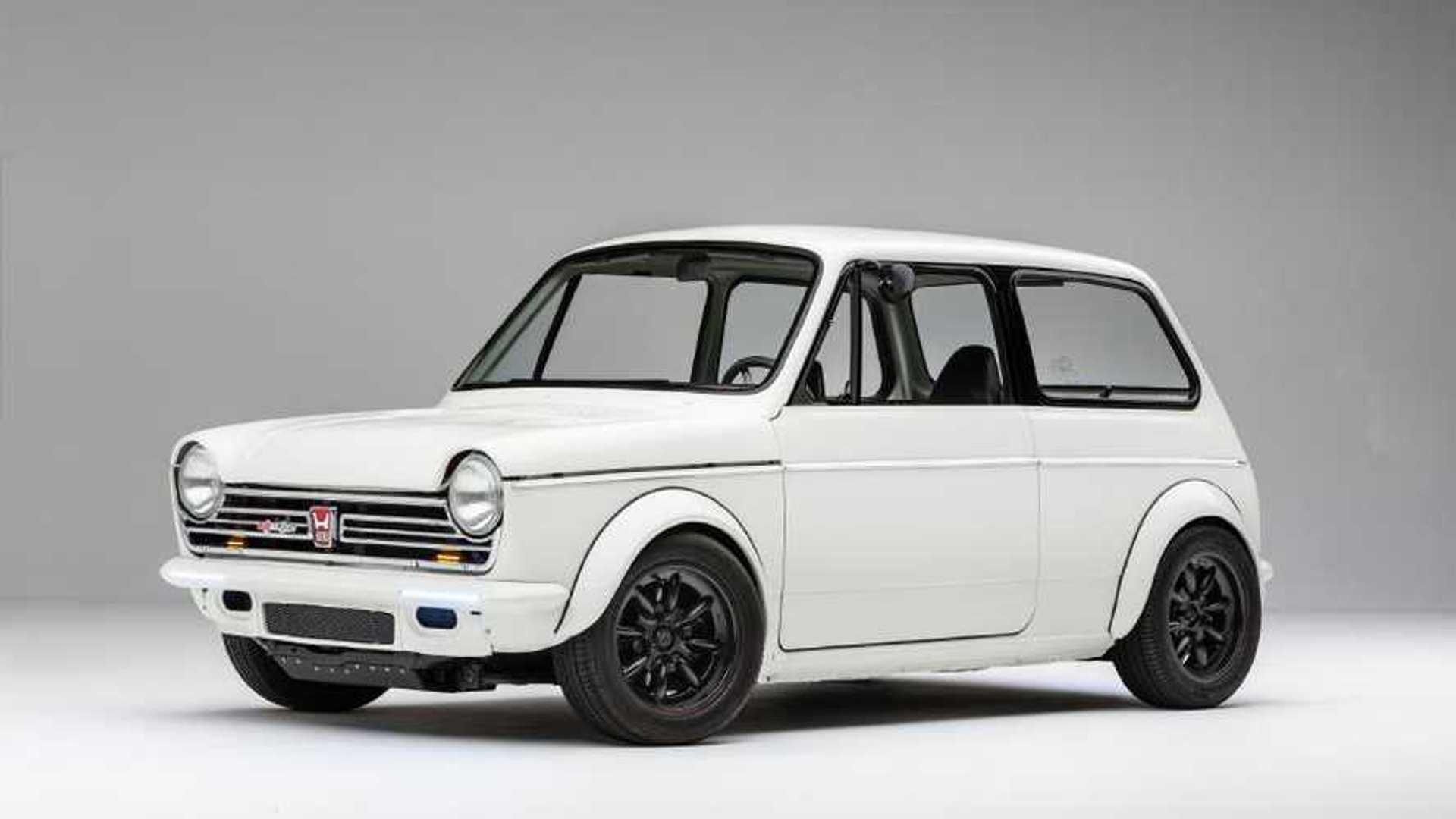 The Hot Wheels Legends Tour kicked off last year as a national search for a life-size custom car worthy of being immortalized as an actual Hot Wheels car, and Hot Wheels brought back the tour for a second round this year. There's no word if the Honda Super Tuner winning N600 will become a Hot Wheels car, but it definitely should!