Look In Horror At The Bonnie And Clyde Death Car

All is not as it appears with this Ford.

If you’ve seen the movie, Warren Beatty and Fay Dunaway play the infamous couple, eventually being ambushed by police and their Ford getting absolutely riddled with bullets. This car looks like Swiss cheese, so you’re forgiven for thinking the person who made it went a little over the top for dramatic effect. 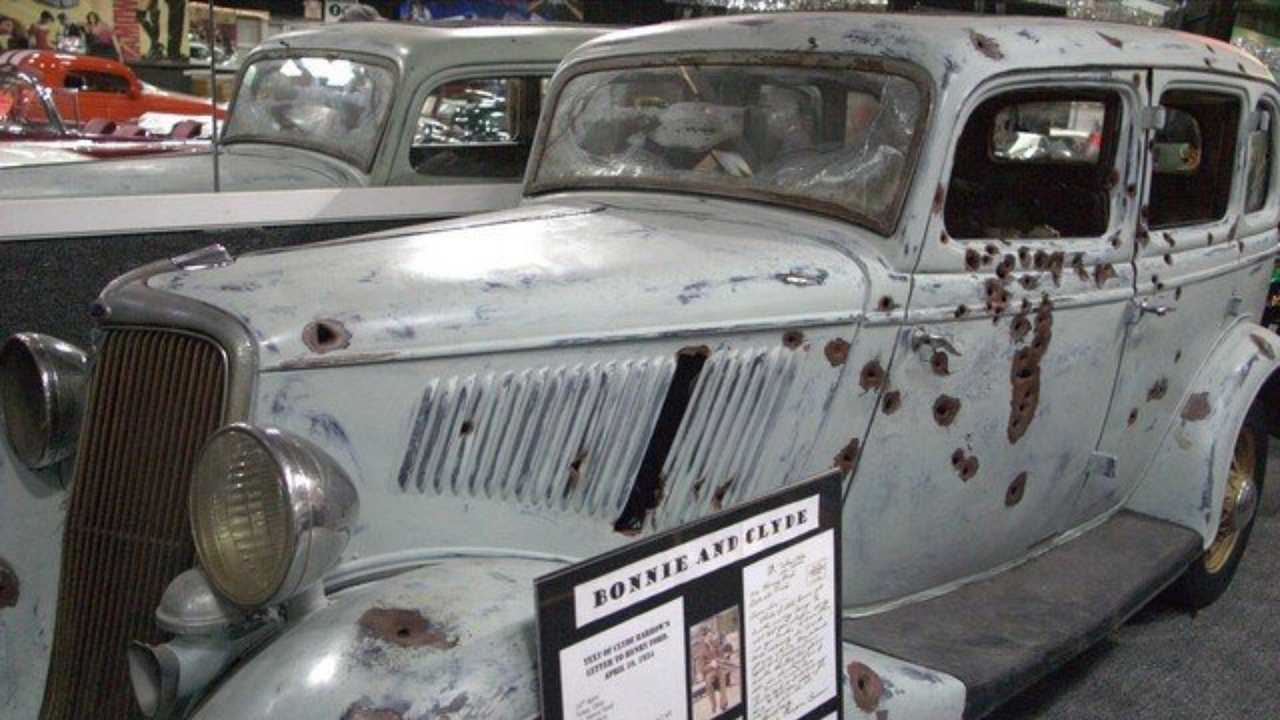 According to police accounts, the officers who sprung a trap on the crime duo estimated they fired a total of 150 shots at them and their Ford. Considering the couple had a penchant for shooting their way out of situations and carried an impressive arsenal loaded and ready to go, you can hardly blame them. The coroner counted 17 entrance wounds in Clyde and 26 in Bonnie, with one officer on the scene stating “they weren’t nothing but a bunch of wet rags.” That’s why this accurate reproduction has so many bullet holes.

Bonnie and Clyde’s Death Car has always been a big spectacle. After the incident, police towed the car to a nearby town where an estimated 16,000 people gathered to get a glimpse of it.

For those who might not know, Bonnie and Clyde mesmerized the nation during the Great Depression as they went on a violent crime spree throughout the middle of the United States. On one hand people were mortified at the thought of themselves or their loved ones being caught in a hail of bullets as the duo were robbing a bank. On the other, they played up the supposedly romantic qualities of the couple’s relationship.

If you visit Volo Auto Museum in Illinois, this replica which used to be owned by Warner Bros is on display along with many other movie cars. It’s a fascinating look at one of the most notorious crime sprees in US history.