Benton Performance, a well-known Porsche shop located in northeast Anaheim, California, burnt to the ground on Wednesday in an unfortunate situation that took out about $3 million worth of vintage Porsche cars and parts along with it. The parts and cars that fell victim to the blaze are deemed irreplaceable. 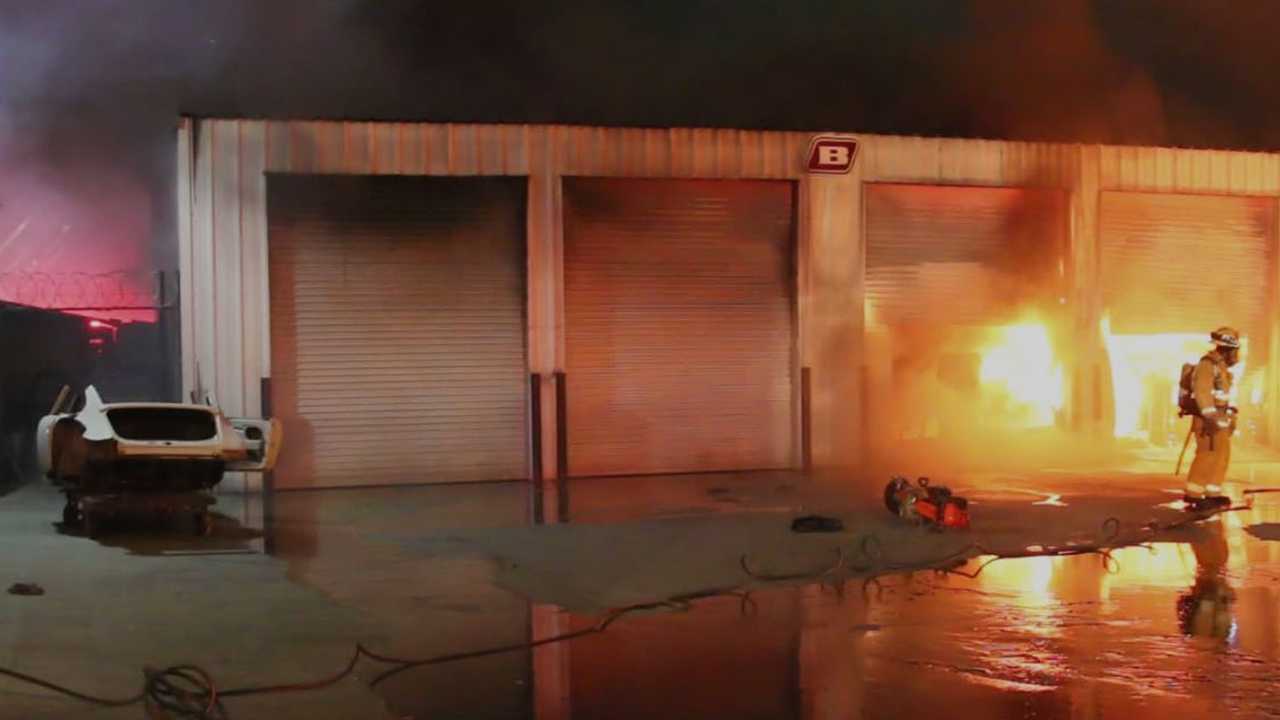 The fire started nearby Benton's in the industrial complex at about 11:53 p.m. when a 2016 Ford F-150 randomly burst into flames in an adjoining lot. Captured by the shop's security footage, the heat from the truck fire caused a nearby truck's fuel tank to give way and explode which sent diesel gas spilling on the ground of the lot. The spilled diesel fuel ignited which completely immersed a neighboring lumberyard into flames along with a building next to the shop.

Benton's shop may have been salvaged if there wasn't a constant wind with 50-mph wind gusts on top of that. Even more, the fire department showed up after the fire had already been burning for about 20 minutes, but they parked at the wrong building. Once the firetruck was in the right spot to fight the fire, Benton Performance was a total loss. In fact, Southern California has already played victim to wildfires that have already devoured thousands of acres of nearby land that has evacuated both locals and businesses. 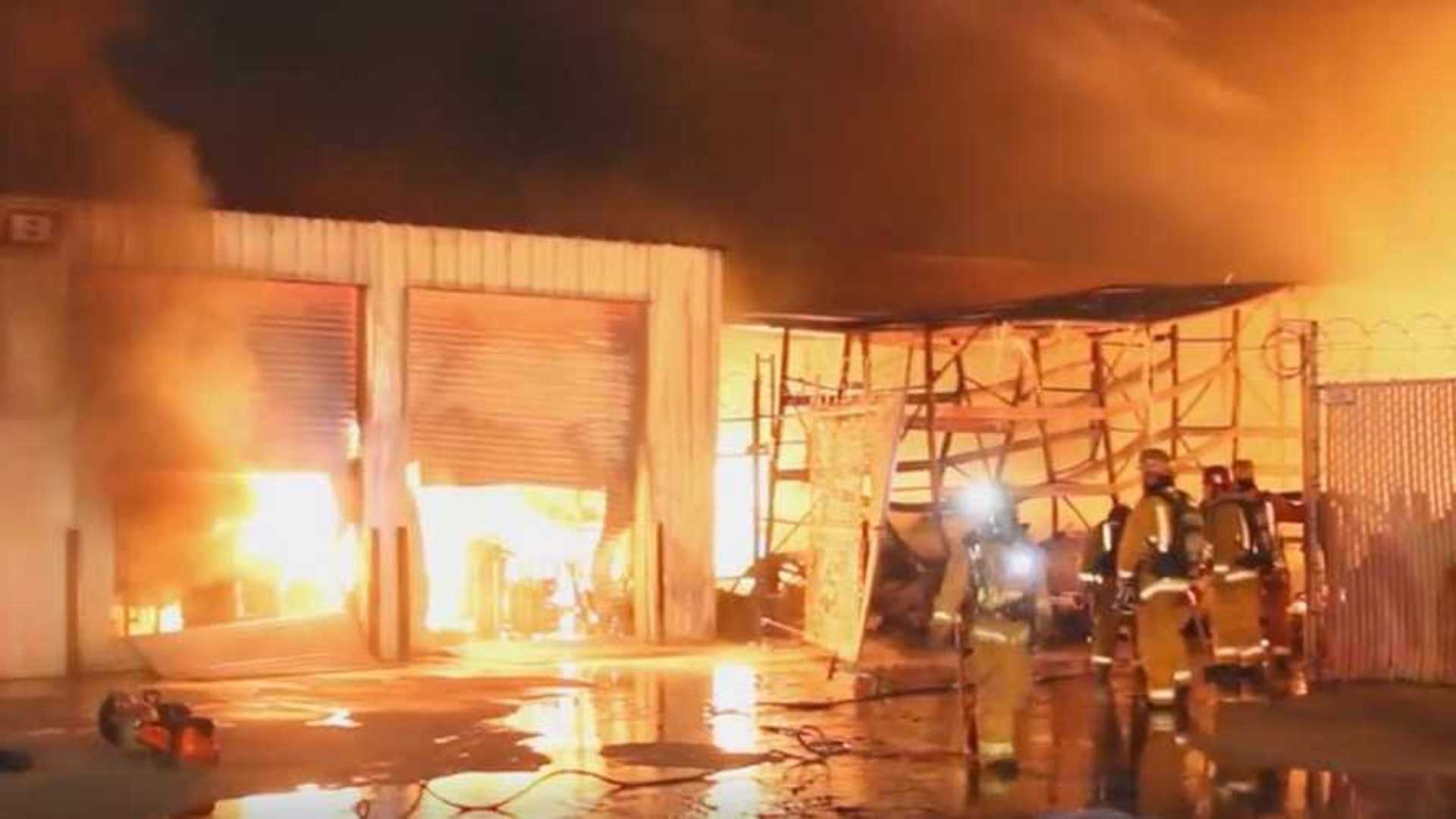 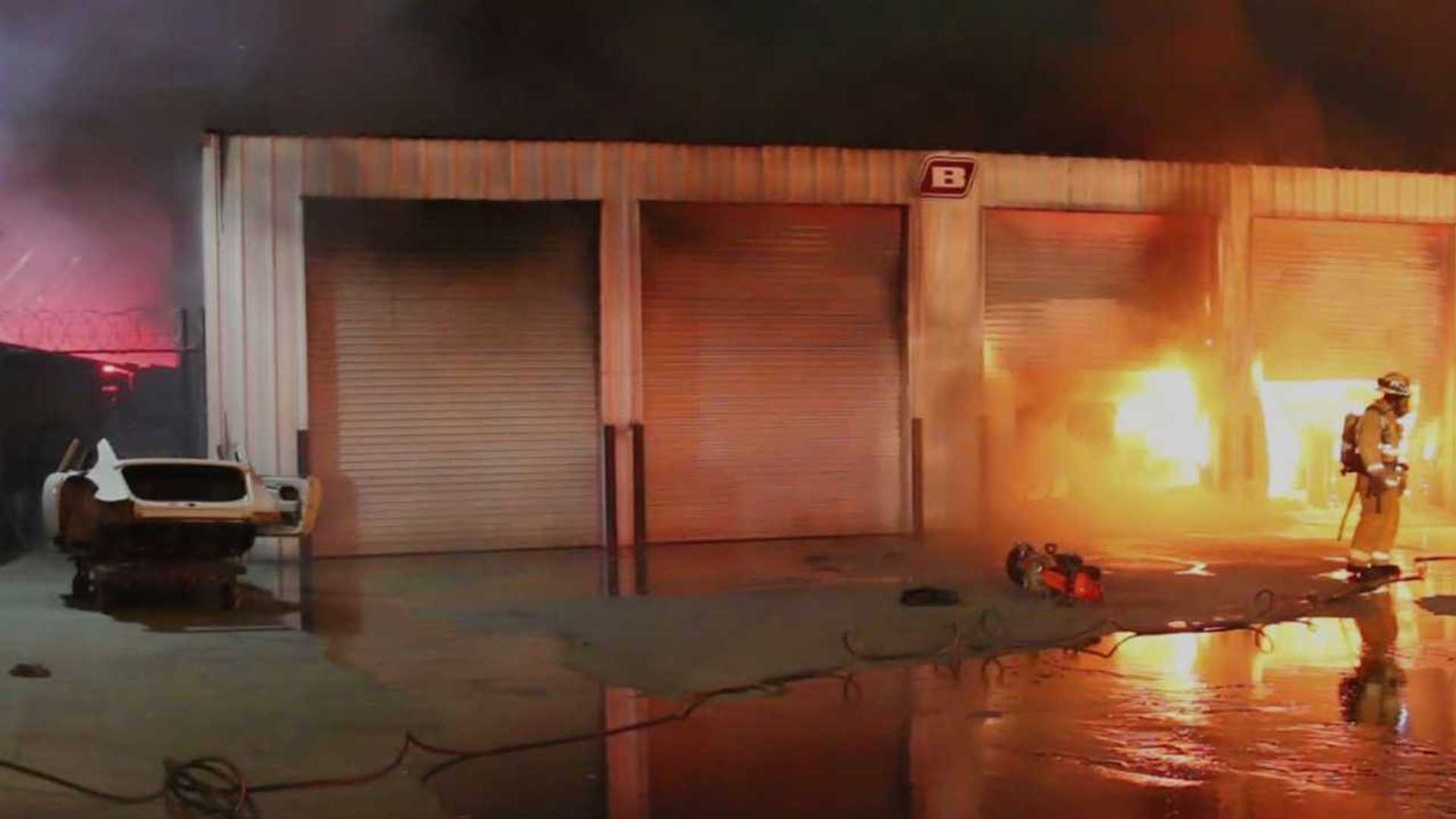 According to John Benton, the shop's owner, the fire started on the side of the warehouse that stores Porsche racing seats. From there, the flames started to take out the magnesium wheels that were being stored inside. Also according to John, he had plenty of Porsche engines, engine blocks, and parts that ranged from 1955 to 1978 that are now no longer. One of the major losses was a showroom-condition Porsche 912E. John has been collecting Porsche parts for decades, and those parts have kept his business going. Now, there's nothing left so he will need to purchase the necessary Porsche parts from suppliers for the first time ever. Now that it has been a week since the fire destroyed everything, John says that the plan is to rebuild.

While John looks to rebuild the shop, the thought of filling the warehouse back up with parts seems like a discouraging task, but hopes are high. At the moment, John is looking to replace the new lathe, mill, band saw, and MIG and TIG welders that were ultimately destroyed.