The final C7 Corvettes rolled off the assembly line on November 14th marking the end of the line for the front-engine Corvette before production begins for the all-new, mid-engine C8 'Vette. The final Corvette – a black Z06 – was auctioned off earlier in the year for $2.6 million to a software company CEO, but the second to last Corvette isn't going far. This car will represent the last C7 Stingray ever, and today it was donated to the National Corvette Museum, which is right across the street from the Corvette's assembly plant in Bowling Green, Kentucky. 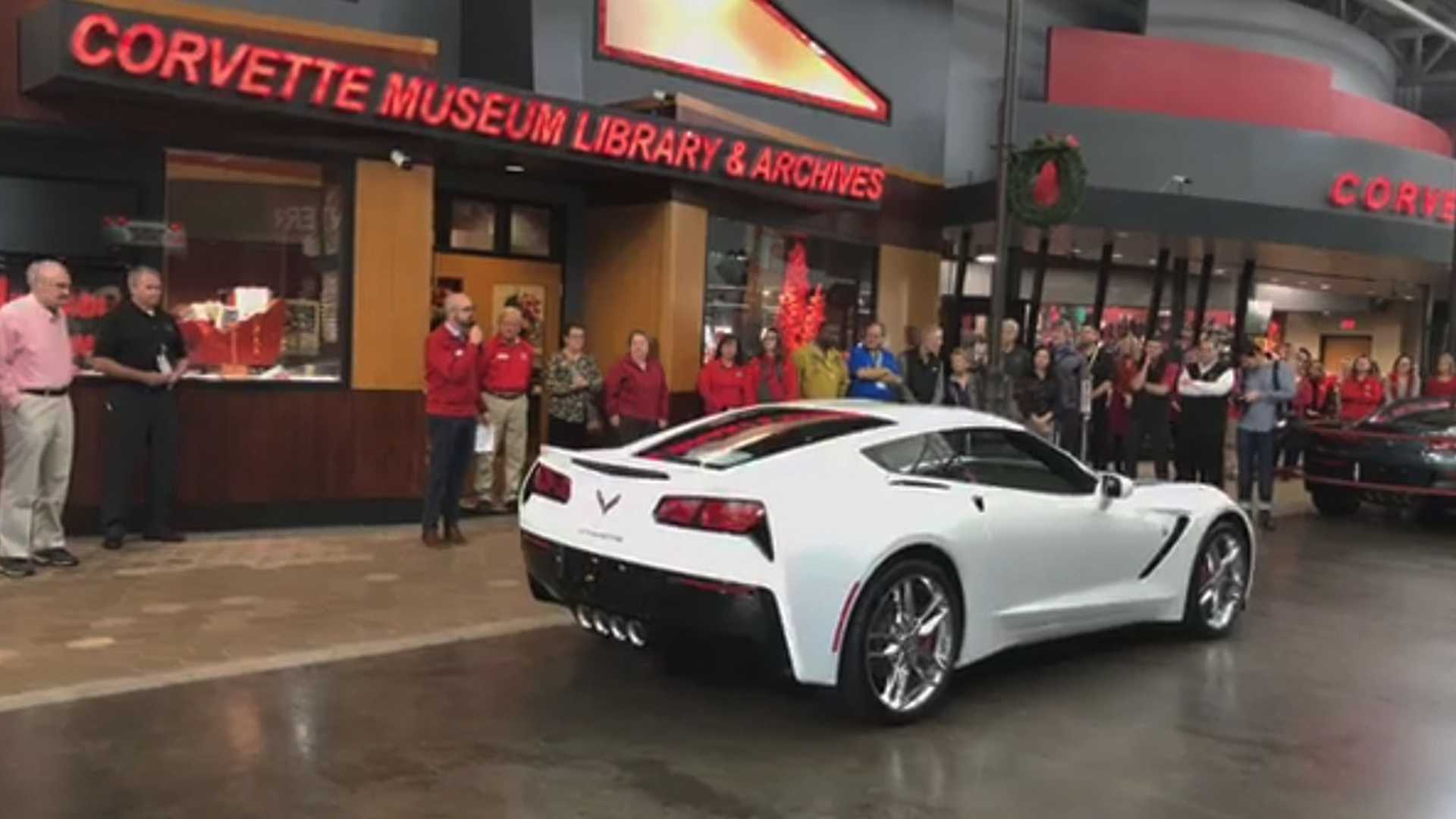 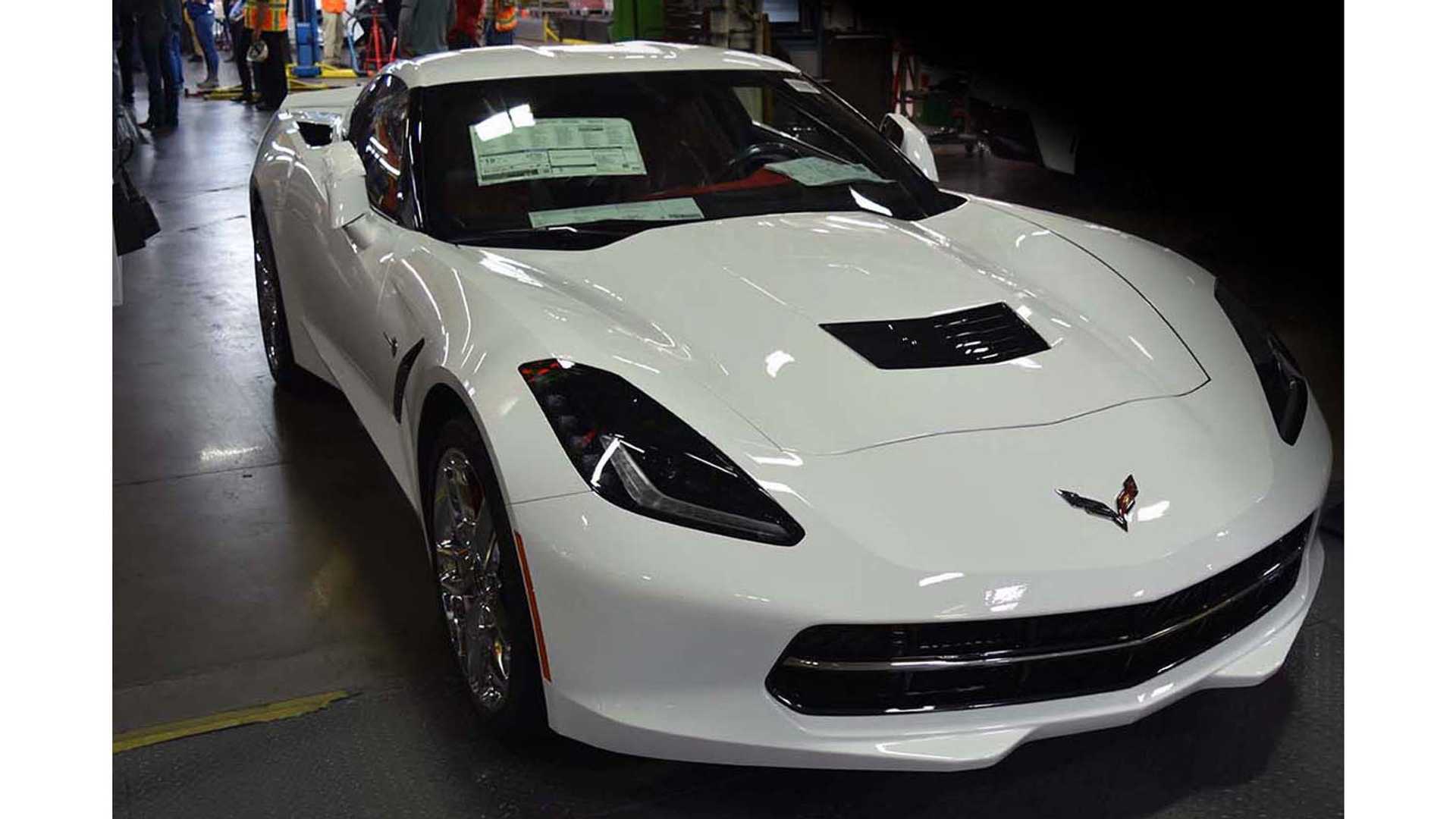 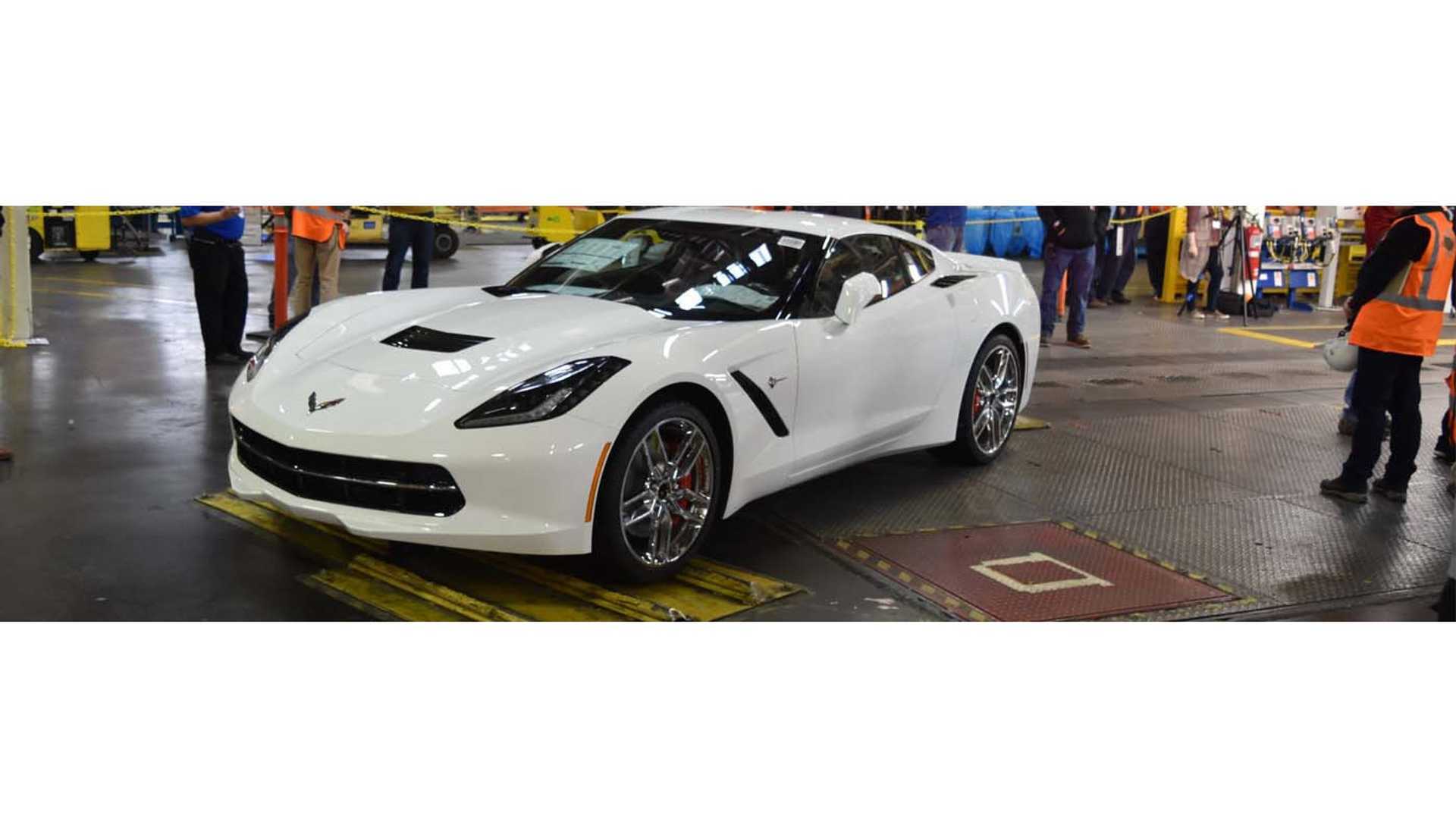 This penultimate C7 was purchased by NCM lifetime member and supporter, Ivan Schrodt, who was riding shotgun in the 'Vette while NCM CEO Dr. Sean Preston drove the car into the museum. Mr. Schrodt took brief delivery of this Stingray before handing the keys over for donation, and he was one of more than 4,000 people who took advantage of Chevy's museum delivery program.

As part of the donation ceremony, the NCM had a number of Bowling Green Assembly Plant employees on hand who signed the engine cover of this Stingray. From here, this Corvette will be permanent fixture at the museum enshrined among all of the other important and significant Corvettes on display. This ceremony was a fitting send off for the C7 Corvette ahead of the highly anticipated launch of the C8. 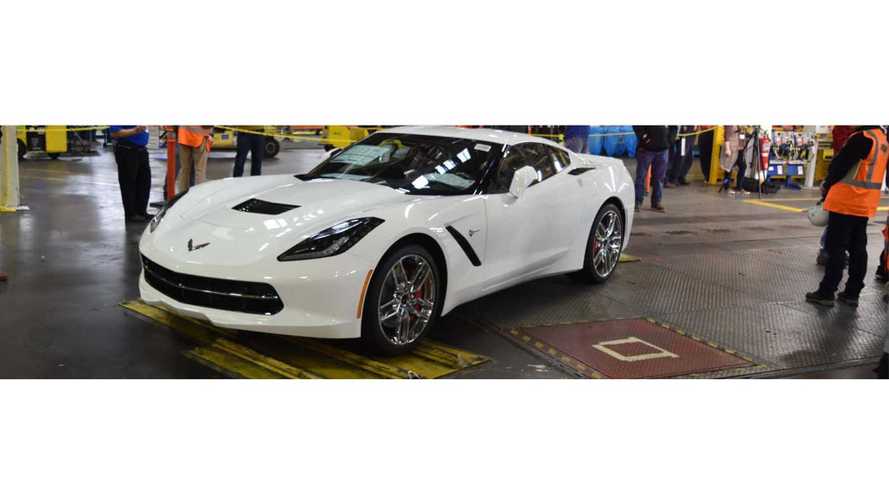 In fitting style, the last C7 Stingray was equipped in a familiar Corvette color scheme featuring the Arctic White paint job over an Adrenaline Red interior – mimicking the look of the original 1953 Corvette with its Polo White paint and red interior. This 2019 Corvette Stingray is equipped with the mid-level 2LT trim level and the upgraded Z51 performance suspension, and it also has Carbon Fiber and Painted Body Color removable roofs, Carbon Flash exterior trim accents, chrome emblems, red calipers, personalized plate package, brake package, performance exhaust and chrome aluminum wheels. All in, this well-equipped Corvette had a sticker price of just over $70,000, making it quite an impressive donation to the museum.