Take a look at some of the interesting things that happened in the world of car auctions this past year!

Every year, thousands of cars are sent to the auction block in search for a new place to call home. Whether that happens at a physical location or through the vast virtual world of the internet, sometimes these auctions have a surprising outcome. Now that the 2019 year is rapidly coming to a close, here are 10 auctions that shocked us this year. 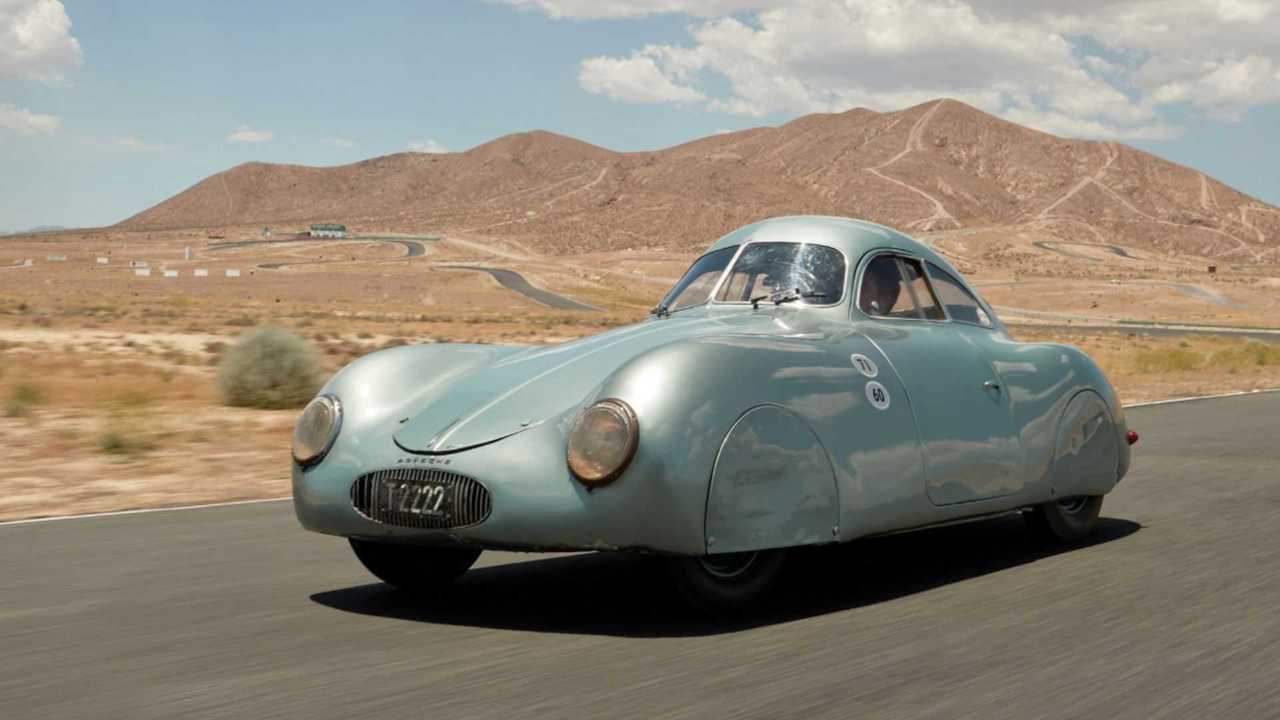 One auction that holds down the number one spot of the most shocking auctions in 2019 is the Porsche Type 64 fiasco by RM Sotheby. The ultra-rare Porsche was highly desired as it went up for auction with a starting bid of $30 million, a starting price that shocked bidders considering that it was only expected to sell for $20 million. The desire for the car outweighed the price, and the bidding war eventually reached $70 million. However, the auction house made a mistake, and the bid went back down to $17 million instead which caused mass confusion among potential buyers. Many people booed and walked out, and the car did not reach its reserve price. The car never sold or exchanged hands. If they had kept the $70 million bid, it would have been the most expensive car to sell at auction by a staggering $20 million.

2. $2.2M Shelby GT500 Super Snake Is The Most Expensive Mustang Ever 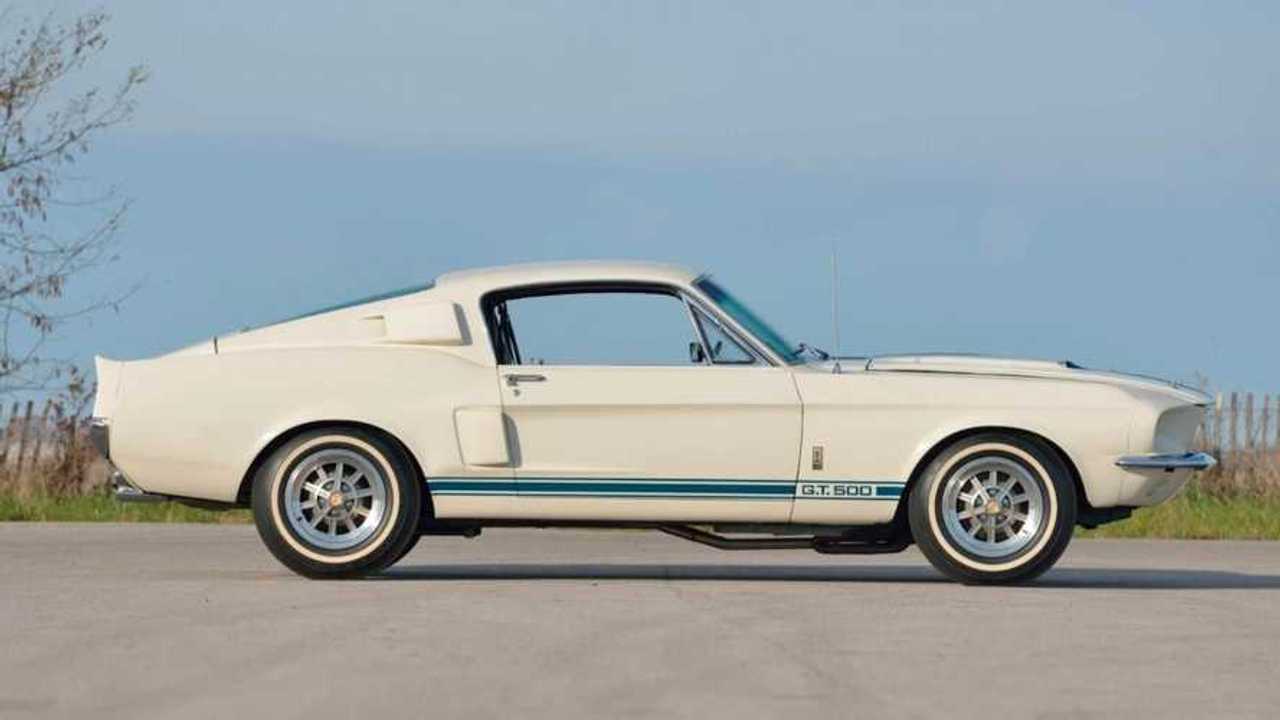 The only original Shelby GT500 Super Snake was one for the record books. It sold at Mecum's Kissimmee auction in January of this year, and the final bid was a hard-hitting $2.2 million. Stuffed with a 427cui GT40 engine, this Shelby GT500 broke the public price record for any Ford Mustang. The plan was to produce a limited run of 50 cars, but due to the cost of the project, it was abandoned leaving this example as the only one in existence. Sent to Dallas, the car was sold to James Hadden and James Gormon, who modified the gearbox for drag racing. Back in 1970, the car was purchased by Bobby Pierce of Texas who held onto the car for 25 years. After that, the car was sent to Florida where it changed hands a few times before it was purchased by a collector who lightly restored the car. Shelby collector John Wickey had previously owned the car, and he found it in his hands again. 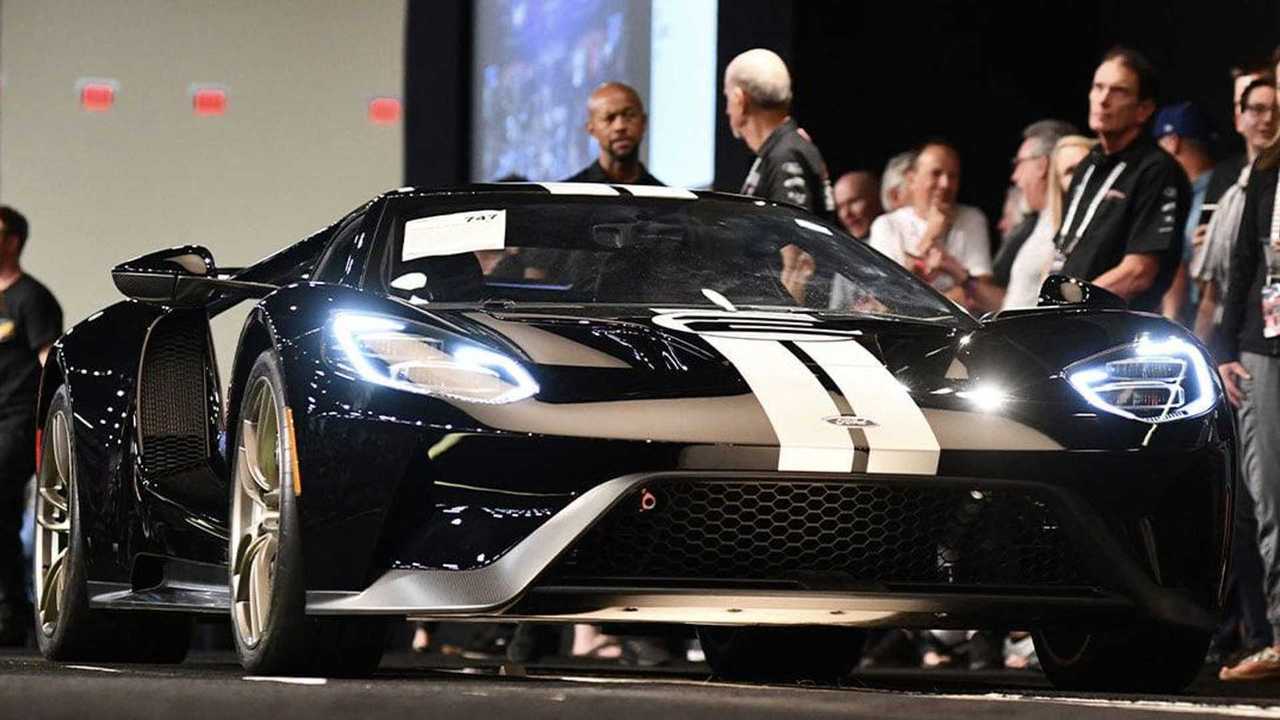 Since the embargo for the Ford GT has been lifted earlier this year, they have been crossing the auction stage fairly steadily since. This 2017 Ford GT '66 Heritage Edition recently went up for bids through Barrett-Jackson in Las Vegas and sold for a staggering $1.54 million. Equipped with an exposed carbon fiber package with Frozen White No. 2 graphics on its hood and doors, this 647-horsepower American supercar had a mere 30 miles on its twin-turbo 3.5-liter EcoBoost V6. This surpassed one example that sold for $1.05 million at Bonhams. 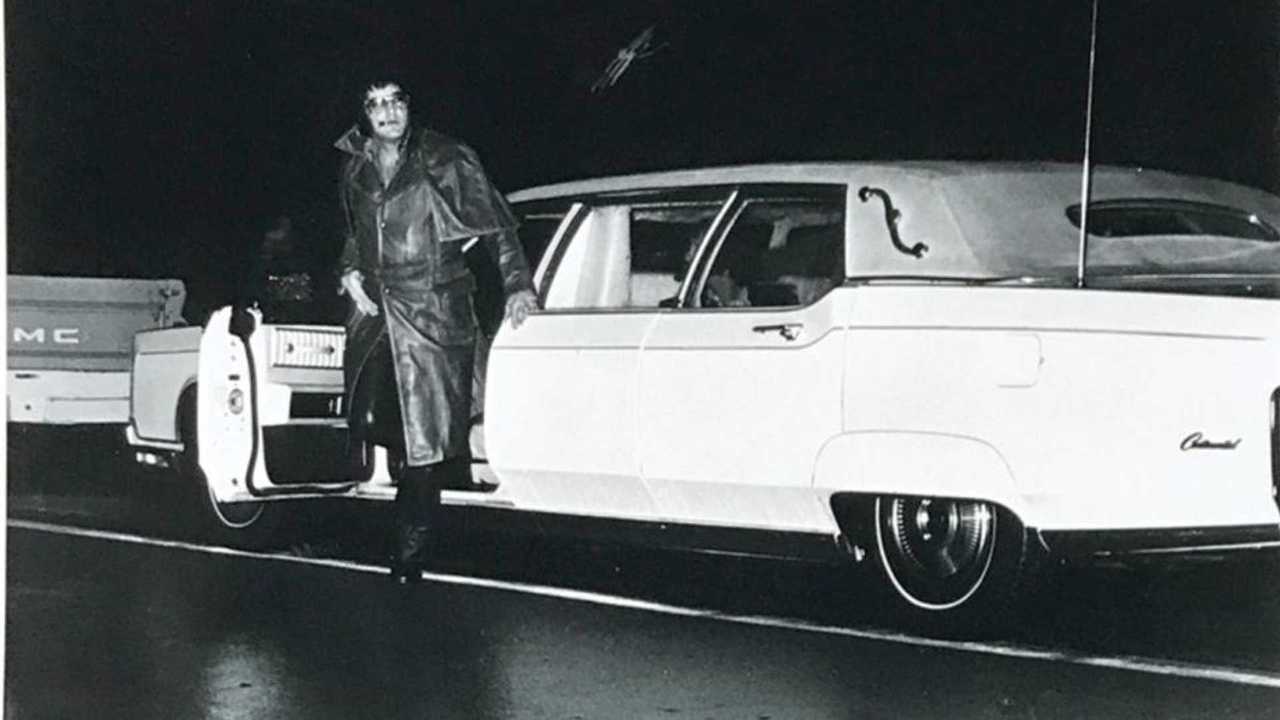 The King was known for his eclectic choice of vehicles, most famously his pink Cadillac. However, Elvis Presley acquired quite the collection of cars and trucks that went up for bids through Kruse GWS Auctions in August for their "Artifacts of Hollywood" auction. One of those vehicles was the well-known 1973 Lincoln Continental limousine that was often spotted driving around Memphis, Tennessee, with Elvis onboard. One famous photograph of Elvis is of him behind the wheel of this exact limo while stopped for a car accident. The white-on-white limo sold for $75,600. Other cars in his collection that also crossed the auction stage was his fully restored 1967 GMC C10 farm truck that went for $30,000 and a 1974 Rupp Centaur three-wheeled motorcycle that was documented in CMT's "Raiders of Rock" series in 2013 that sold for $23,000.

5. 25-Car Collection Seized From Equatorial Guinea Including 1-Of-9 Lambo Veneno Sold For $27 Million

Back in 2016, a large 25-car collection that was seized from the son of the dictator of Equatorial Guinea, Teodoro Nguema Obiang Mangue. Among the gems that sold for $27 million was a Lamborghini Veneno Roadster that was just one of nine ever built and had just 202 miles on the clock. Other cars include Koenigsegg, an Aston Martin One-77, a Bugatti Veyron 16.4, a Ferrari La Ferrari, a McLaren P1, and other cars from Maserati, Porsche, and Mercedes-Benz. These cars crossed the auction block back in September through Bonhams. 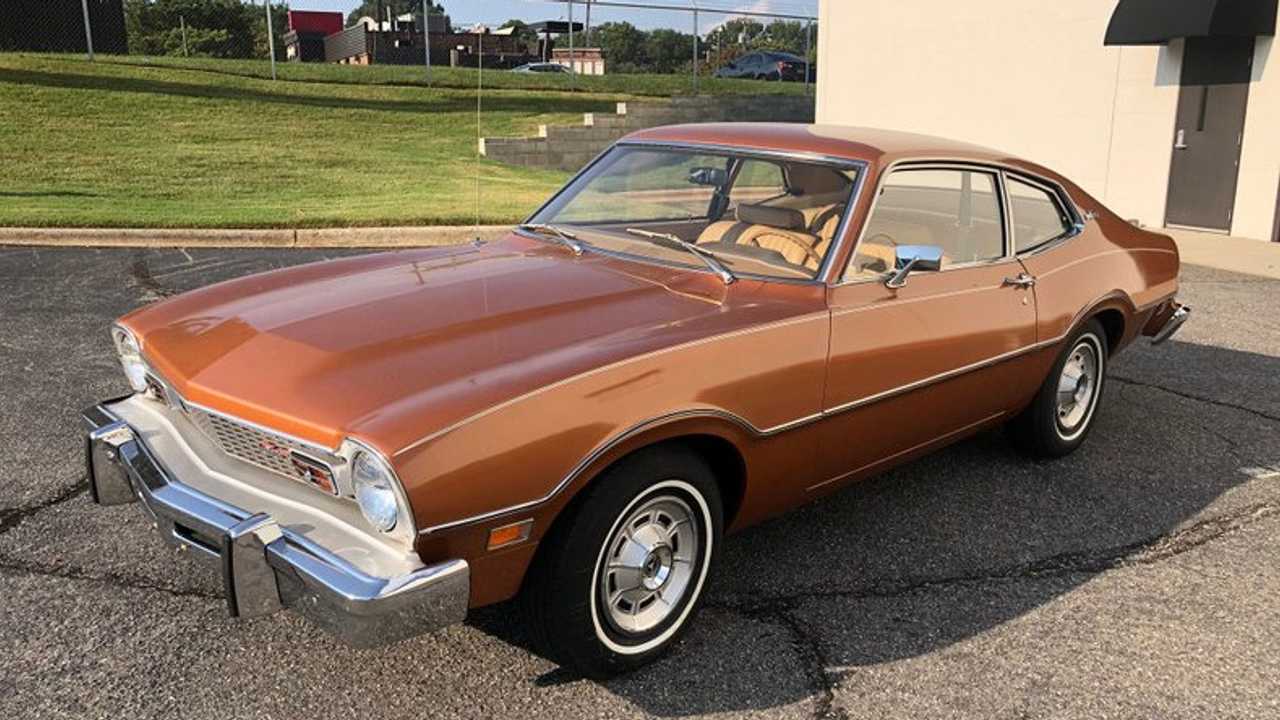 An unsuspecting brown 1974 Ford Maverick was auctioned off four times through GAA Classic Cars and raised $39,500 for the University of Iowa's Institute for Vision Research. The proceeds would help provide a life-changing procedure for those suffering of an inherited eye disease. With just 25,000 original miles on its 250cui inline six, this brown-on-brown Maverick is about as clean as they come. 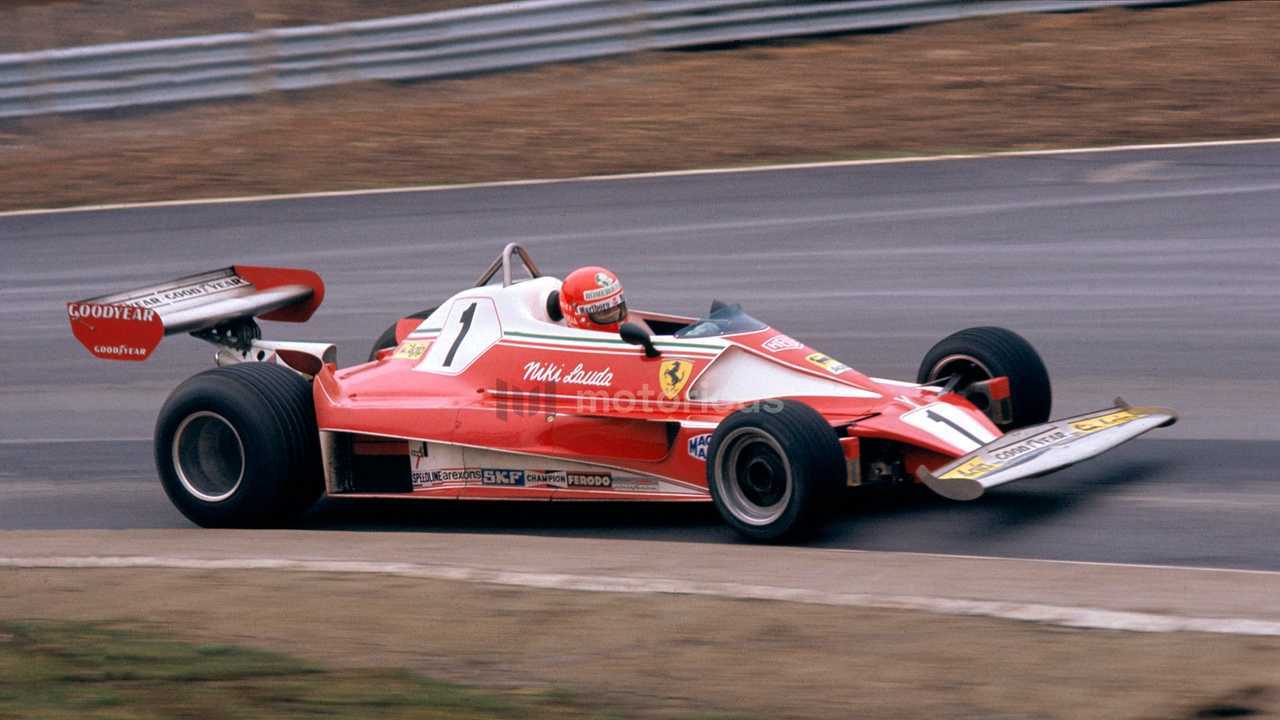 The Pebble Beach auction held through Gooding & Company auctioned off Niki Lauda's 1975 Ferrari 312T that won the 1975 Formula One Championship. The hammer came down at a whopping $6,000,000 for the first 312T to ever be sold at auction, and it was greeted with a standing ovation.

Gooding & Company is the official auction house of the Pebble Beach Concours d'Elegance, and it brought in a whopping $76,824,740 during the 16th annual auction. The event went on for two days and reaped the benefits of a 77% sale rate from 108 out of the 140 lots. The average vehicle price was $711,340 and 17 lots went for over $1 million. 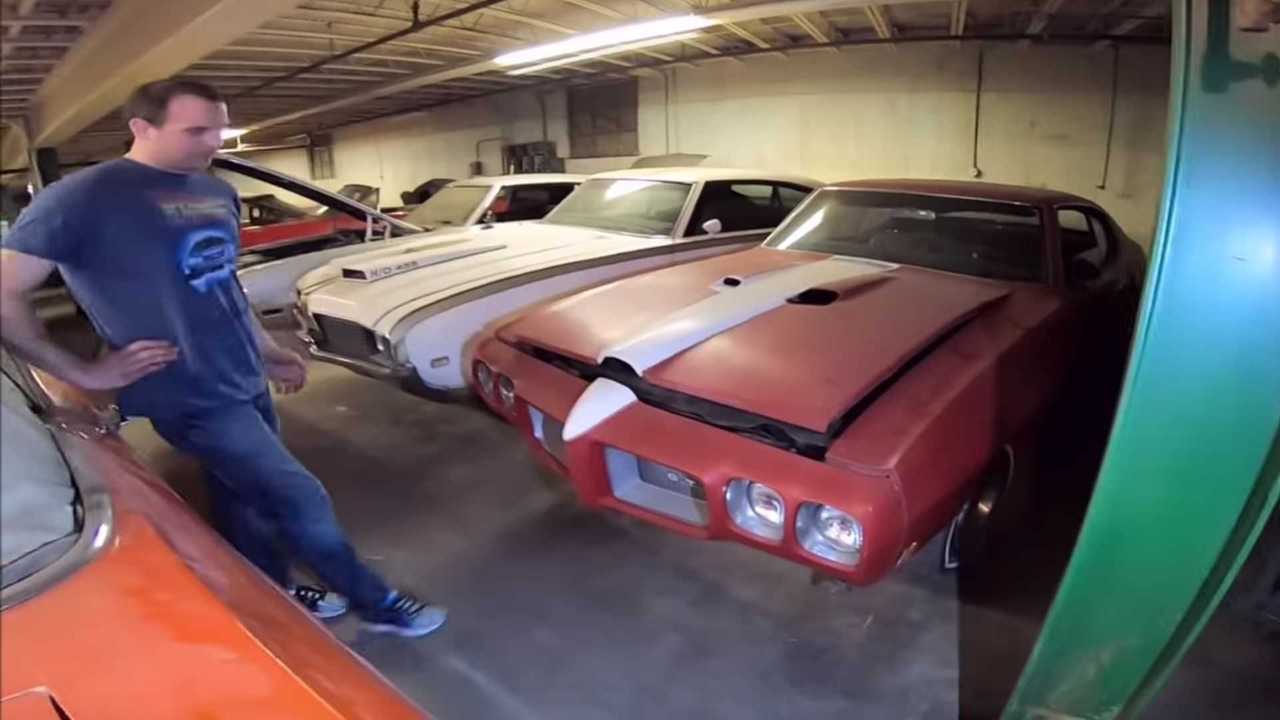 A large muscle car collection were auctioned off to new homes this year for $1.282 million. A 1972 Plymouth 'Cuda stuffed with a 318cui V8 was the top-selling car of the auction. Ranging from a 1955 Chevy to a 2000 Pontiac Trans Am, these muscle cars were found in various conditions. Some were just shells of a car that once was, and others appeared ready to hit the car show circuit. Other notable cars in the collection included a 1970 Chevelle SS 454 Tribute, a 1968 Dodge Charger, a '78 Trans AM, and a '64 Chevy Malibu SS. 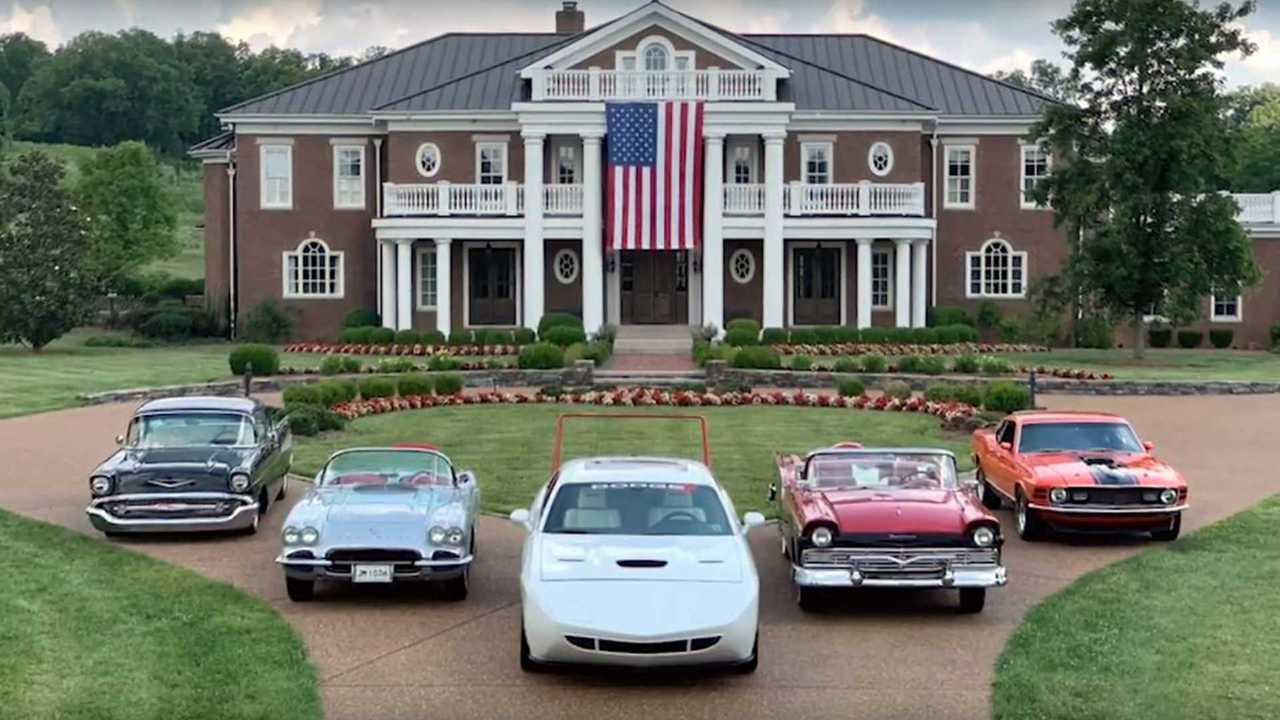 George Shinn, creator of the Charlotte Hornet basketball team, was also known for his eclectic collection of cars. Running out of room for his "a little over a hundred cars", Shinn picked 46 cars that went up for bids through the GAA Car Auction. The highest selling car was a stunning 1955 Chevrolet Bel Air Restomod. 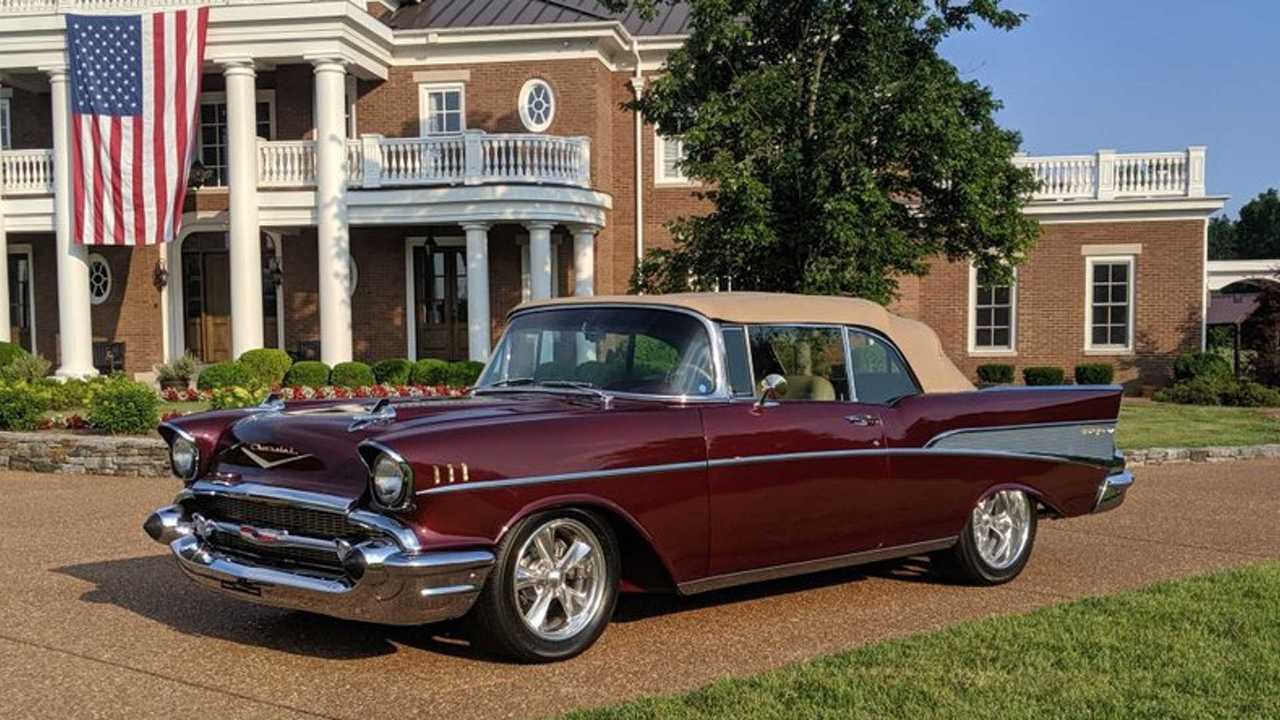 The cars sold ranged mostly from the 1920s through the 1970s along with some late-model cars thrown into the mix. Notable cars included nine Tri-Five Chevys, Chevy 210, 1969 Camaro COPO tribute, a 1970 Mach 1 Ford Mustang, a 2004 Corvette converted to look like a late C1, and a 2013 Dodge Challenger R/T that was reminscent of a '69 Dodge Charger Daytona.

10. US Marshals Auction Off 149 Vehicles In DC Solar Scam Including 2007 Shelby Super Snake 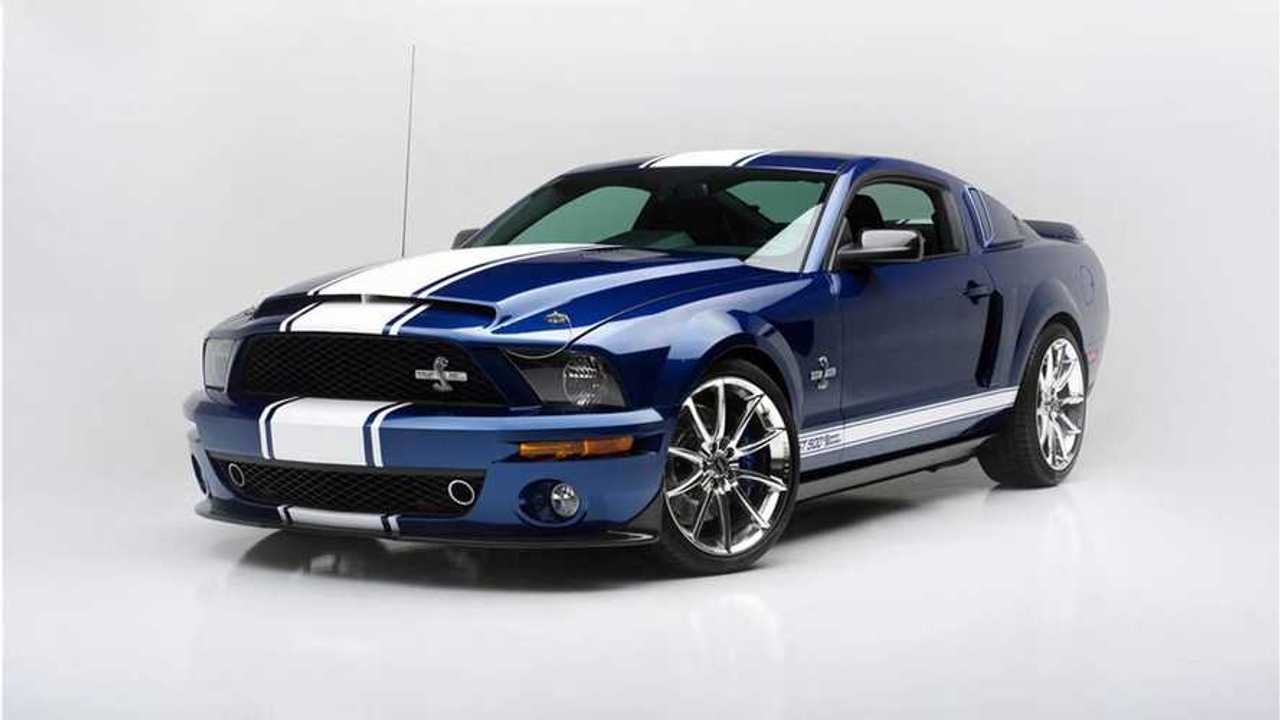 A large collection of vehicles were seized from Jeff and Paulette Carpoff, who were arrested for running a Ponzi scheme. The cars taken by U.S. Marshals ranged from regular run-of-the-mill vehicles to hot rods, sports cars, luxury cars, dirt bikes, and even a motorhome. One car that stood out from the crowd is this 2007 Shelby Mustang that went for a staggering $1 million, and it has an interesting story behind it. Just weeks after the Las Vegas mass shooting at the Route 91 Harvest music festival, this car crossed the auction block to help raise money for Las Vegas Metropolitan Police Department's injured officers. What makes this Super Snake even more unique is that is sports VIN xxx007, the seventh one built after the namesake's rebirth in 2007. This specific Shelby was also owned by Ford's previous CEO, Mark Fields, and it sold this time for over $167k. Other cars worth noting include a 2018 Dodge Challenger SRT Demon, 1968 Chevrolet Chevelle Pro-Street, 2002 Dodge Viper RT/10, 1993 AM General pickup, 2014 Fiat 500, 2014 Jaguar XKR-S GT, 1968 Plymouth GTX Hemi, and a 2017 Cadillac CTS-V.