The all-new C8 Corvette was the biggest automotive news story to break in 2019, but the seed for a mid-engine Corvette was planted many years ago. Zora Arkus-Duntov – the Father of the Corvette – played the biggest role in this car's development through a series of Chevrolet Engineering Research Vehicles (CERV) starting in 1959, but a lesser-known footnote in the C8's backstory is the 1964 Chevrolet GS-IIb. This mid-engine research vehicle was created in conjunction with Chevrolet and the Chaparral Cars racing teams, and it will be part of a display welcoming the mid-engine 2020 Chevrolet Corvette at the 2020 Amelia Island Concours d'Elegance.

GM Chief Engineer Frank Winchell envisioned the Chevrolet GS-II of being a prototype racecar and a successor to the Duntov's Corvette Grand Sport (hence the GS-II name). Based "loosely" on the 1962 Monza GT concept car, the GS-II was developed during American automakers banning direct factory racing teams to assist private teams such as Jim Hall Racing. Chevrolet supplied the experimental vehicles, and Hall supplied the private race track, called Rattlesnake Raceway, and testing. The Chevrolet GS-II featured a monocoque design with an aero-tuned body, experimental all-aluminum 327 CID V8 mounted behind the driver and a one-off single-speed automatic transmission.

The Chevrolet GS-II featured a monocoque design with an aero-tuned body, experimental all-aluminum 327 CID V8 mounted behind the driver and a one-off single-speed automatic transmission. According to the Amelia Island, this will be the first time the GS-IIb has been on display outside of the Petroleum Museum in Midland, Texas where it's part of a Chaparral Gallery exhibit. 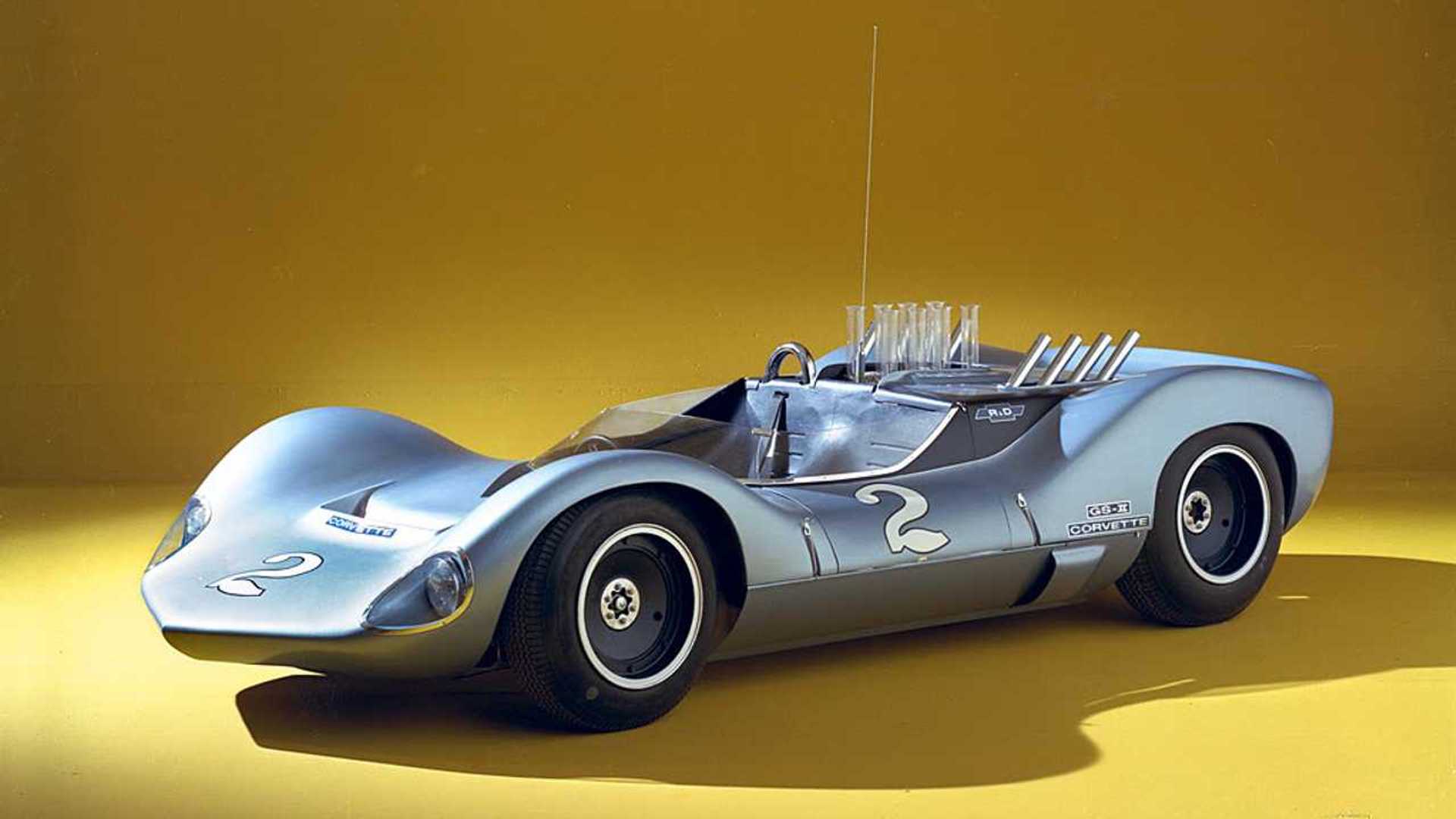