Old-School Dodge Charger 'Shooting Brake' Concept Should Be A Thing

Can you imagine if this concept was brought to life?

We live in a time where digital renderings can seem so incredibly lifelike, to the point where many car people are questioning whether or not it is the real deal. Much like the new Ford Bronco rendering that swept the internet and crushed the hopes and dreams of Ford enthusiasts when they found out it was just a fan rendering. While this old-school Dodge Charger "shooting brake" concept is obviously not a real production rendering, we kind of wish it was!

Not only does it look absolutely awesome, but this car can likely fit the whole family with plenty of leg room and cargo space inside. The Charger features a wide-body exterior complete with large flanks and flared front fenders that add to its already aggressive aesthetic. Also, this classic Mopar looks to be slammed to the ground, hopefully with air suspension. Glancing more at the outside, the car features a massive chin and LED headlights in four layers. Also, the matte black paint job is the perfect match for its sinister exterior.

The best part is the hood that features windows that allow a peek at the Hemi engine tucked inside the engine bay. Even more, a huge blower protrudes out of the car's creative hood and ready to feed forced cool air into the engine. Somebody start this baby, and let this baby eat! 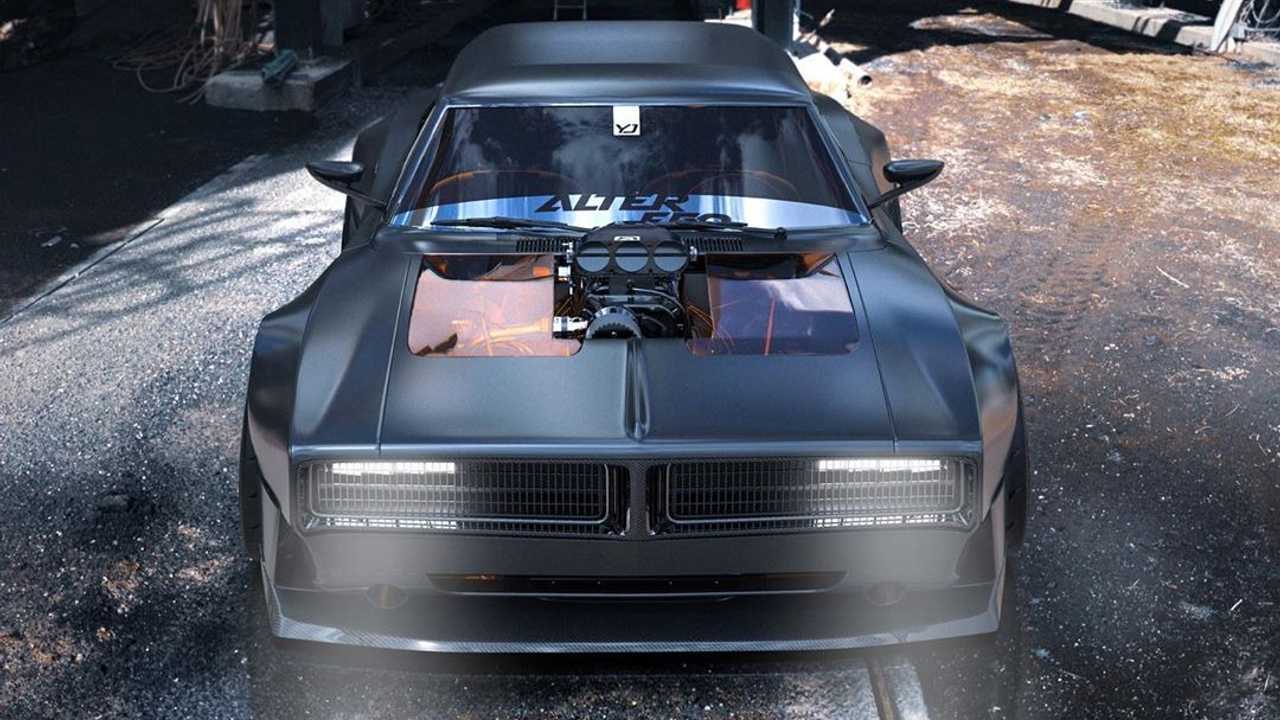 Maybe somebody will recreate such a concept for an upcoming SEMA show. There is no doubt that the car crowd would go wild over a real life old-school Dodge Charger 'Shooting Brake' wide-body with a creative hood framing its Hemi V8 engine. And of course, don't forget to include the massive blower.

Plenty of cars have been rendered into Shooting Brake concepts that we wish would be brought to life. But for this particular concept drawing, we can thank Yasid Oozeear. He has us dreaming of what could and should be.