Jay Leno's "garage" might be the only garage these trucks will fit in!

Since it's nothing special to see a lifted heavy-duty truck from Ford, Dodge/Ram or General Motors on the road these days, Idaho-based Rtech Fabrications has come up with custom solutions for classic Chevy enthusiasts who are into lifted trucks. To show off two of its largest and most imposing creations, Rtech stopped by Jay Leno's Garage with extreme restomodded versions of a 1966 K30 (aka, The Ponderosa) and 1972 K50 (aka, The Duke).

Both trucks are in stark contrast to the supercars and classics that Jay normally features on the show, but they are no less worthy of the attention. These trucks might look like Chevy's classic C/K pickups, but they are full custom builds that include hand-made metal to create the four-door cabs. Rtech starts with a factory truck (usually one that's in need of a restoration anyway), and it fabricates the roof, rear doors and rocker panels in-house for the Crew Cab effect, and then sets the modified body on top of a restored and modernized chassis from a one-ton Chevy C30.

The Ponderosa and The Duke are just two of the four truck designs that Rtech Fabrications offers, but they're also the most expensive with a starting price of $150,000; the trucks shown here are priced closer to $250,000! Each truck is bespoke and tailored to the specific customer, and these show trucks are about as decked out as Rtech can get with modern amenities inside the cab and a tuned Cummins turbo-diesel under the hood. After this appearance, the yellow-and-white Duke will be getting an overhaul that includes a twin-turbo upgrade good for around 1,000 horsepower.

Jay Leno's Garage has featured plenty of restomod vehicles over the years, but there's never been anything quite as extreme as these trucks from Rtech Fabrications. 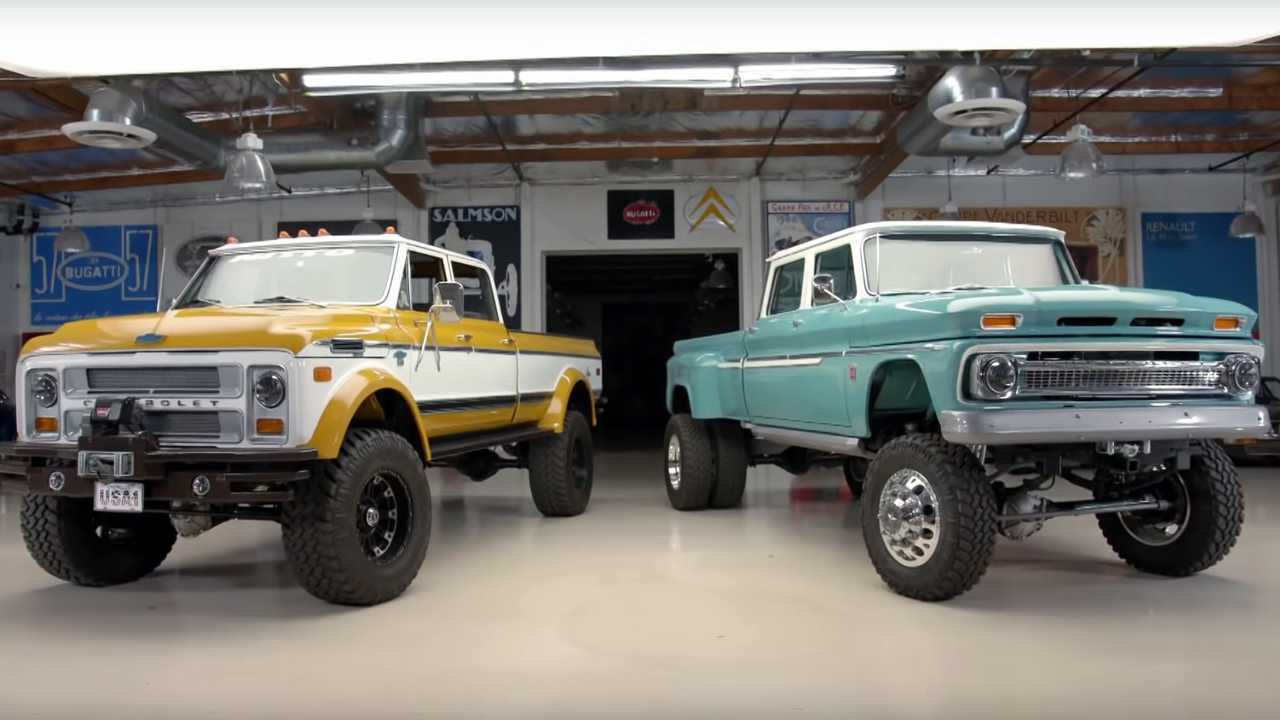