Five Shelby Mustangs from the Davis Collection – Phase III area headed to the auction block next month. This is a unique opportunity to own some of the most recognizable and desirable classic American muscle cars. GAA Classic Cars will be auctioning them on Saturday, February 29. If you’re interested in bidding on these pony cars, now is the time to register to bid in person, over the phone, or online.

One of the impressive ponies is a 1966 Shelby Hertz GT350 with that iconic Raven Black body with Gold graphics. From the photos, the body panels all look straight and unblemished, while the paint has a nice shine. Details like the offset Mustang badge on the front grille, hood pins, and light lenses are all present and in good condition. It’s the same story with the black interior. Of course, the car has been through a recent frame-up restoration, but GAA Classic Cars says all Shelby parts have been used. Under the hood is the Paxton supercharged 289ci Hi-Po V8 with an automatic transmission bolted up. 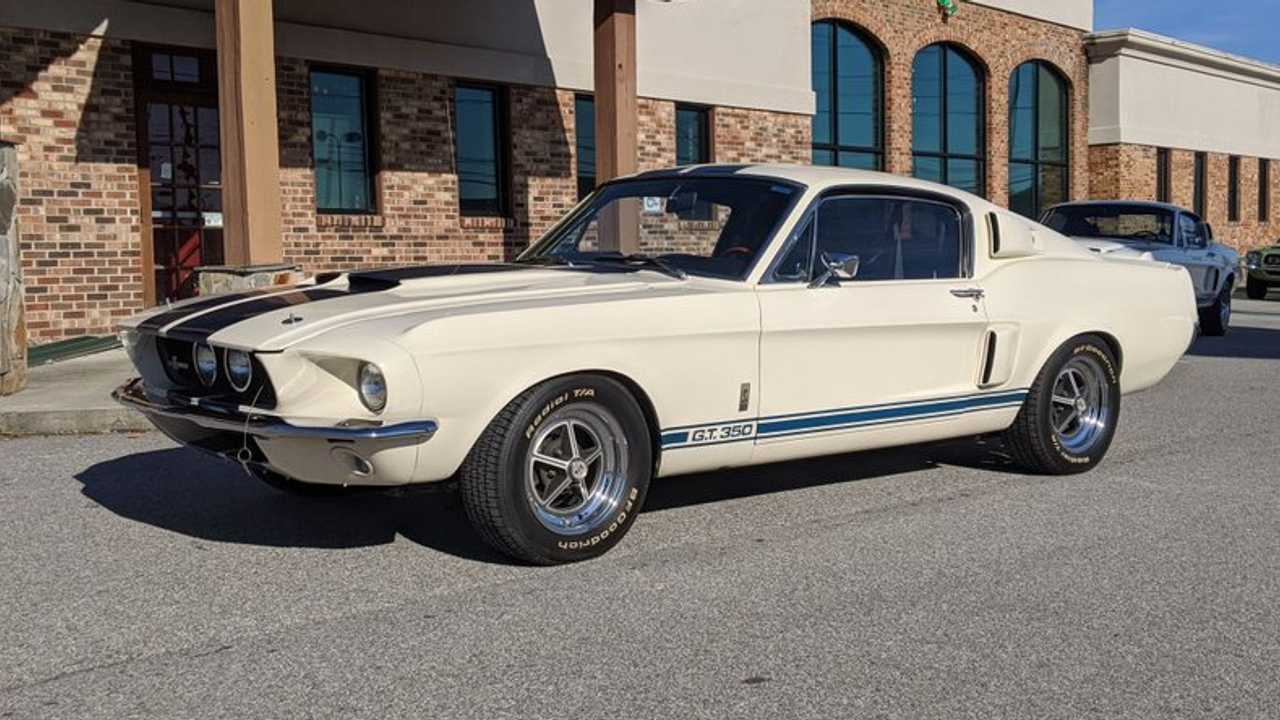 That’s certainly not it, with a 1967 Shelby GT350 also in the collection. Sporting a Wimbledon White exterior with Blue graphics, this car is also in immaculate condition outside and in. It comes with quite a few factory options, plus features the early brake and turn signals, including the lights in the rear C-pillar scoops. This particular car comes with full documentation through a Deluxe Marti Report. 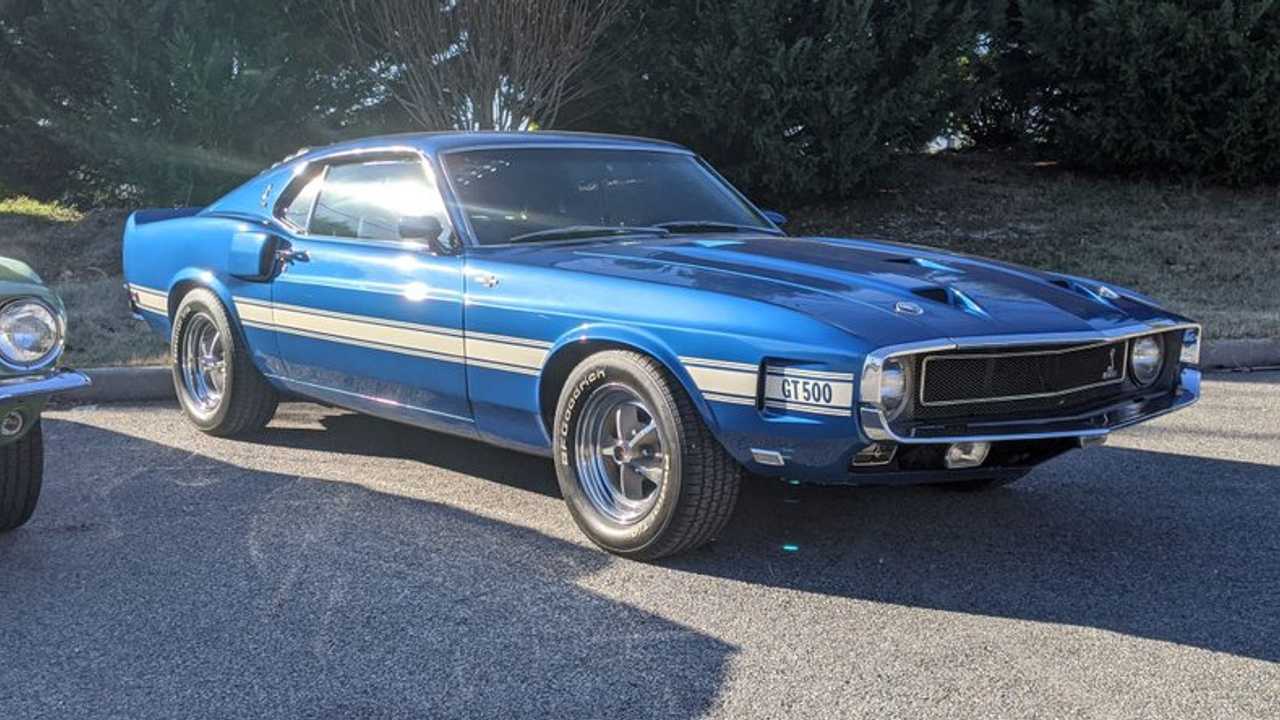 If you prefer, a Grabber Blue over Black 1969 Shelby GT500 with White graphics will also be auctioned. It uses that famously-powerful 428ci Cobra Jet V8, a 4-speed transmission, and Traction Lok rear. Fully-loaded, this hopped-up Ford Mustang also features power steering power brakes. This car is also documented in the Shelby Registry and comes with the original Shelby invoice plus a Marti Report. 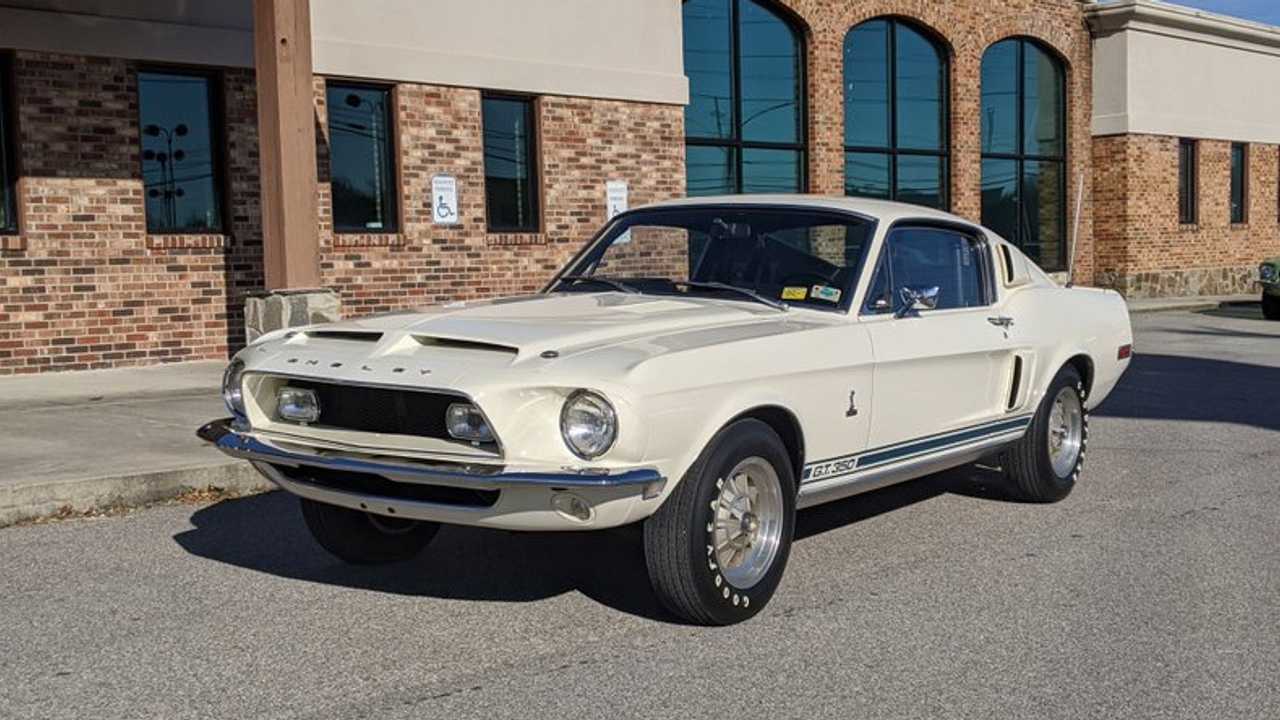 Fourth in the stable is a 1968 Shelby GT350 with a Wimbledon White over Black scheme and Blue graphics but no racing stripes. Among the unique details on the car are the factory 10-spoke wheels and the all-original interior. It also comes with a Marti Report. 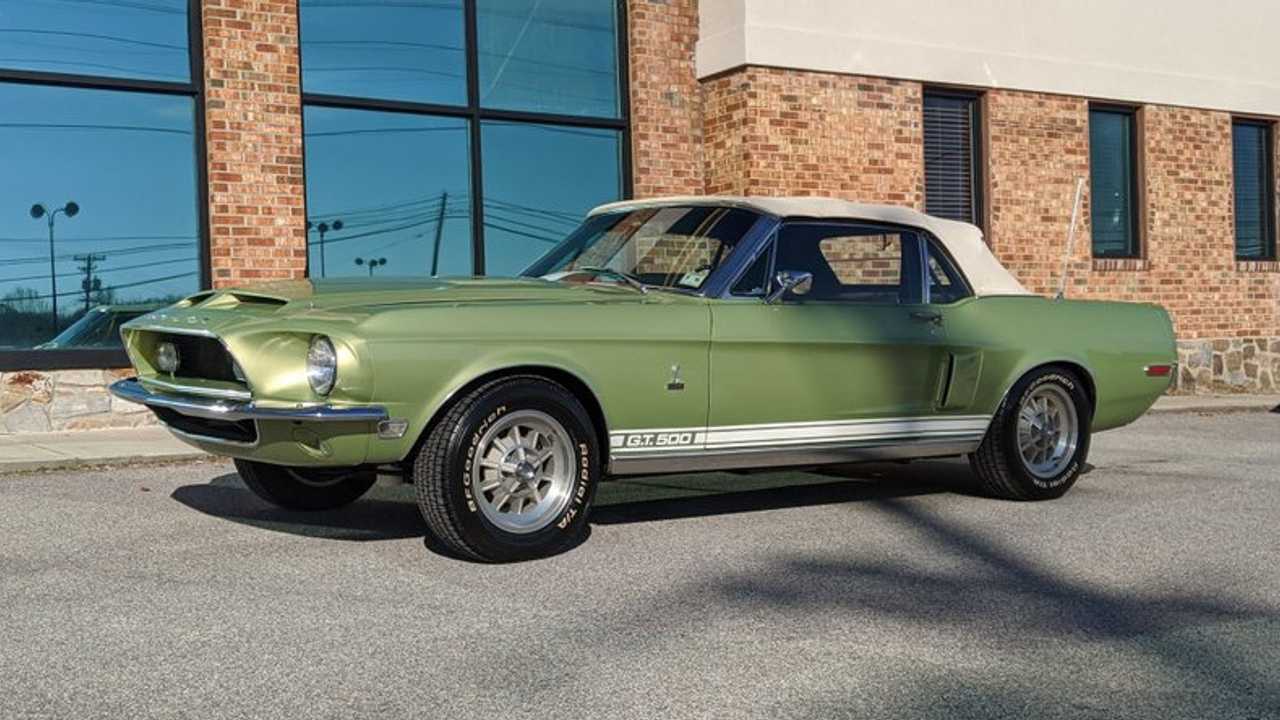 Last but certainly not least is a 1968 Shelby GT500 convertible. Sporting Lime Green Metallic over Black, plus White body graphics as well as a cream soft top, it certainly is a looker. It was recently purchased from the owner, who had the muscle car for 41 years. With just one exterior repaint in 1990 and a claimed 42,000 actual miles, this Ford has certainly been well cared-for. It also features some nice options, including factory air conditioning.

Any one of these five legendary Shelby Mustangs would make a fine addition to a collection, no matter its size. But you better be prepared to bid aggressively if you want any of them, because no doubt others have their eyes on these cars.