This Rare 1985 Honda Accord Limo Is An Oddball Rally Car

They nicknamed the car Honda Rousey since she takes a beating but keeps on going!

If you have never participated in a car rally, you may want to add one to the top of the bucket list. There are plenty of different rallies to choose from that take place throughout the year, and  they often visit the most beautiful and secluded parts of the country while taking the the road less traveled. Much like a scavenger hunt, teams consist of a driver and navigator and are given checkpoints along the way to the next destination that add points toward your team's tally. The goal is to be quick, find the checkpoints, get your points, and continue on to the next checkpoint on the list. At the end of the rally, whomever has the most points is the winner. Check out the interesting rally story and video about this '85 Honda Limo. 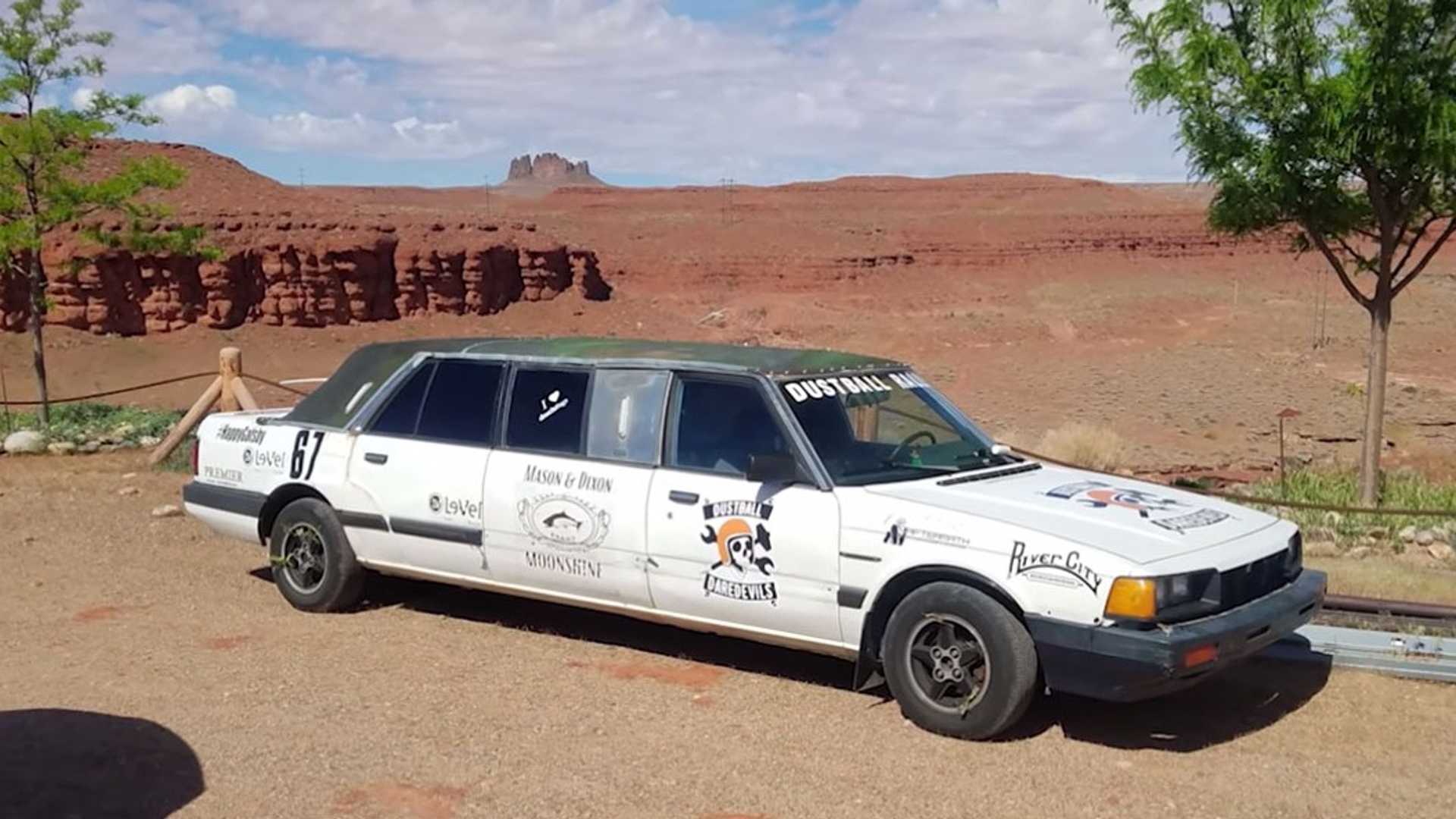 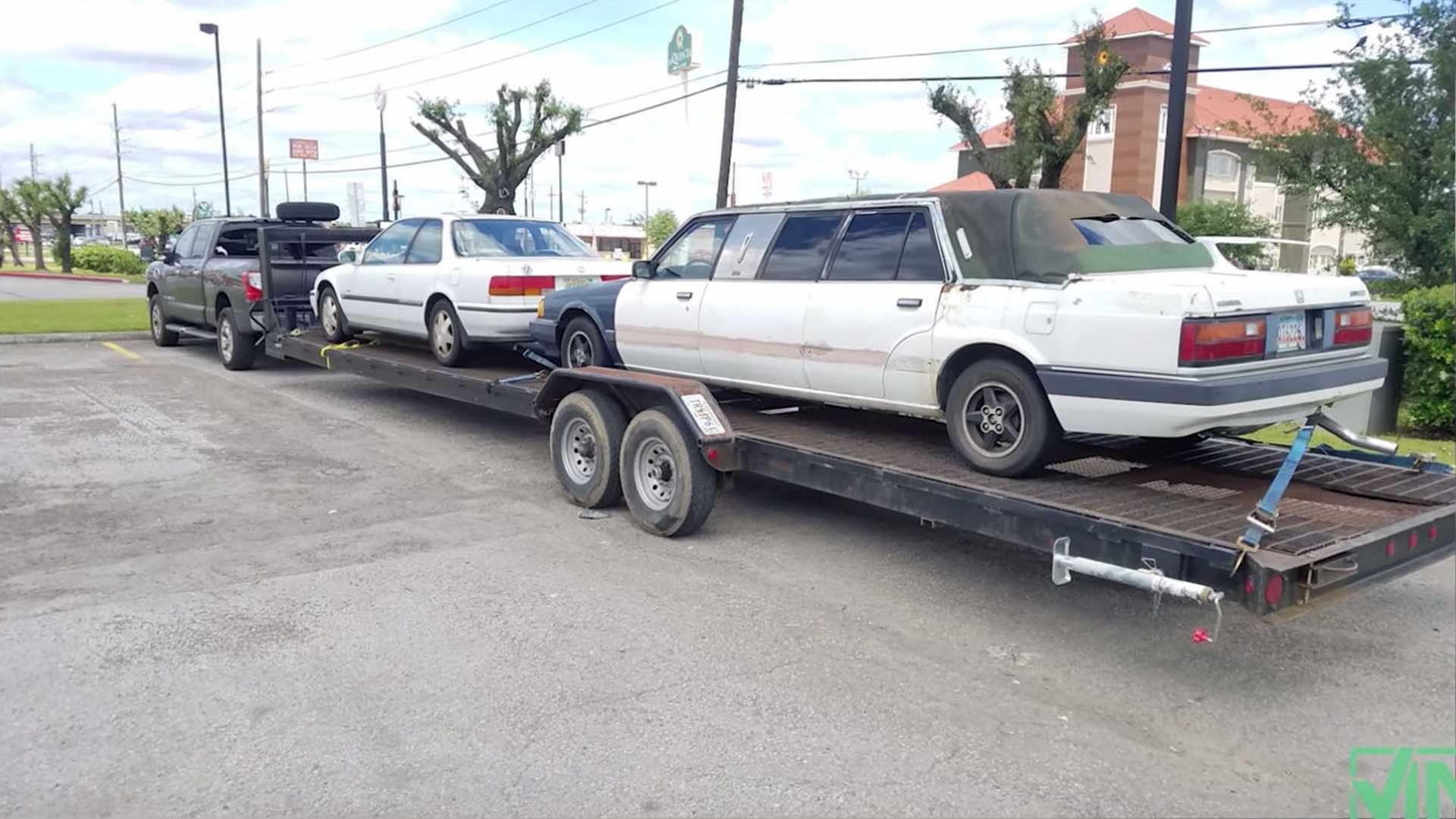 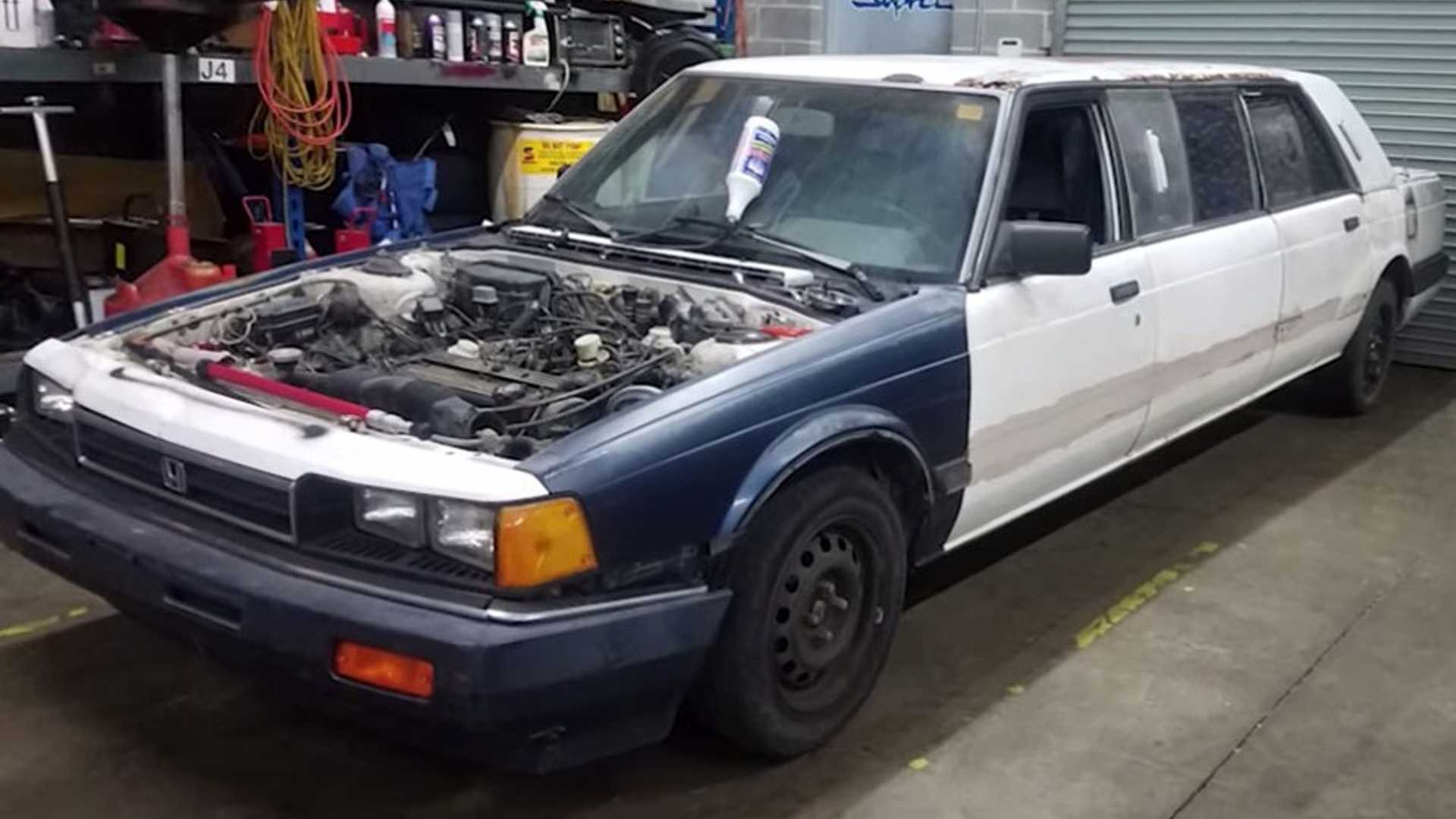 This particular team competing in the Dustball Rally gave themselves a $1,000 budget for the most impractical car they could to race 1,000 miles through the desert and mountains with Las Vegas being the final destination. After throwing ideas around such as an A-Team van, they stumbled across this 1985 Honda Accord Limousine for sale in California. Thanks to the popular auto website Jalopnik, the car received plenty of views and the price tag went up. The team was still able to purchase the car for $700, but that didn't include the cost of shipping. And for anyone who has dealt with cross country shipping knows how tedious it can be, especially for a Honda limousine that is about the length of a Ford F-150 pickup truck. After talking to a few different companies, the car was finally on the way, but upon arrival, the hood was missing as it probably flew off during its open trailer trek across country. After quite a bit more of inconveniences, they finally had their beat-up Honda Limo, although a week late.

Upon first inspection, this car had seen much better days. The top of the car was in rough shape and had been dripping water into the car where it was full of all kinds of gunk and must, and the windows were stuck down. After putting some much needed work into into the car, they realize just how great their new purchase actually was. Marquis Custom Coaches out of California was the brainchild behind the Honda limousine where 300 were planned to be made, but only 15 were actually built. In fact, upon research, they only came across three examples. 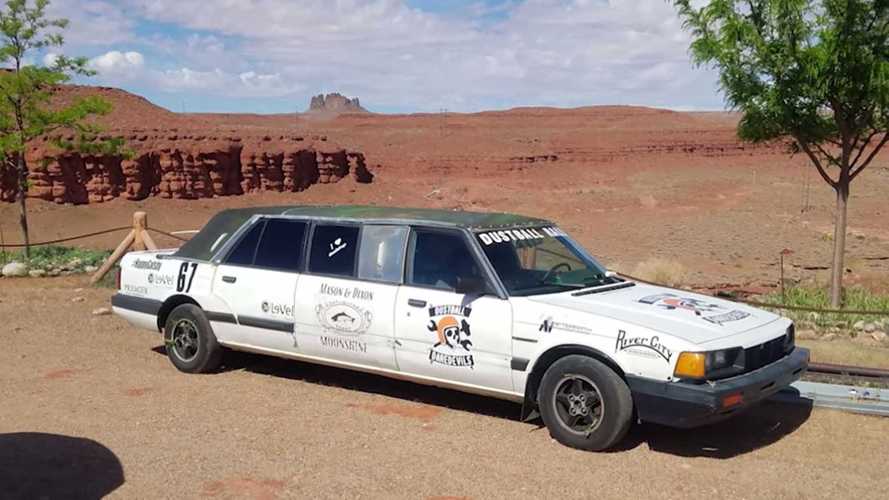 Inside the car was an old-school tv, a wet bar, a telephone, a divider, and a few rats nests. To make the car rally ready, they added all new brakes, new tires, and they tried to repair its carburetor that appeared as if it had been tried a few times before.

Knowing that this engine needed to be in running condition for this car to compete in the rally, he called one of this parts companies that he uses for his beautiful and rare right-hand-drive twin-turbo '91 Supra and offered them the car for the weekend in exchange for a carburetor to get their decrepit limo in working order.

Also, when it comes to these rallies, a lot of times GPS and cell phones are discouraged with just paper maps available. A good idea for teams is for a few to stick together just in case something happens. And of course, the limo was overheating, and it kept this trend throughout the rally. Every five minutes they were pulling over to pour more coolant into the car. Cell phones will disqualify any team, and so they soldiered on and made it to their first day stop right around midnight as the worried rally organizers waited for their arrival.

To make sure the car would limp and make it through the next day, the car was still having its issued but rally organizers stayed alongside to make sure the car would make it. During the whole ordeal, the team fell in love with the car and named her Honda Rousey, a car that takes a beating and keeps on going! Watch the video for more videos and incredible highlights and adventures of this spicy little Honda limousine. 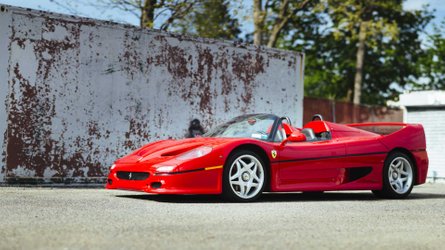