A combined lot of four iconic Dukes Of Hazzard cars crossed the auction block under the close watch of Tom Wopat, aka Bo Duke!

America first met the Duke boys on January 26, 1979, and The Dukes Of Hazzard was an instant hit. As much fun as it was to watch the underdog Duke family go up against the corrupt Boss Hogg and bumbling Sherriff Roscoe P. Coletrane, these characters seemed to play a second fiddle to the cars of the show. Almost 41 years later, this is apparent with a collection of four Dukes Of Hazzard replica cars crossing the stage as one lot at Barrett-Jackson Scottsdale, and the four vehicles hammered for a combined price of $66,000 ($60,000 plus the 10 percent buyer's premium).

The only character not represented in this collection was Daisy Duke as neither a Jeep CJ-7 or Plymouth Road Runner were included, but all other star cars were on stage along with Tom Wopat who played the hood-sliding, arrow-shooting Bo Duke.

The most famous car of the show, of course, is the General Lee, and this 1969 Dodge Charger is a beautiful replica fresh off a restoration. This car is powered by a 383 CID V8 with a four-speed manual transmission, and it has everything from the show car including the orange paint, "01" door numbers and even the rare (only used on early episodes) decklid flags.

The show's main antagonist, J.D. Hogg, was often being chauffeured around in his triple-white Cadillac convertible with bull horns on the hood. While the television show featured a 1970 Cadillac Coupe de Ville , this collection had a white 1975 Cadillac Eldorado, which is the car that was used in the 2005 film, The Dukes Of Hazzard. 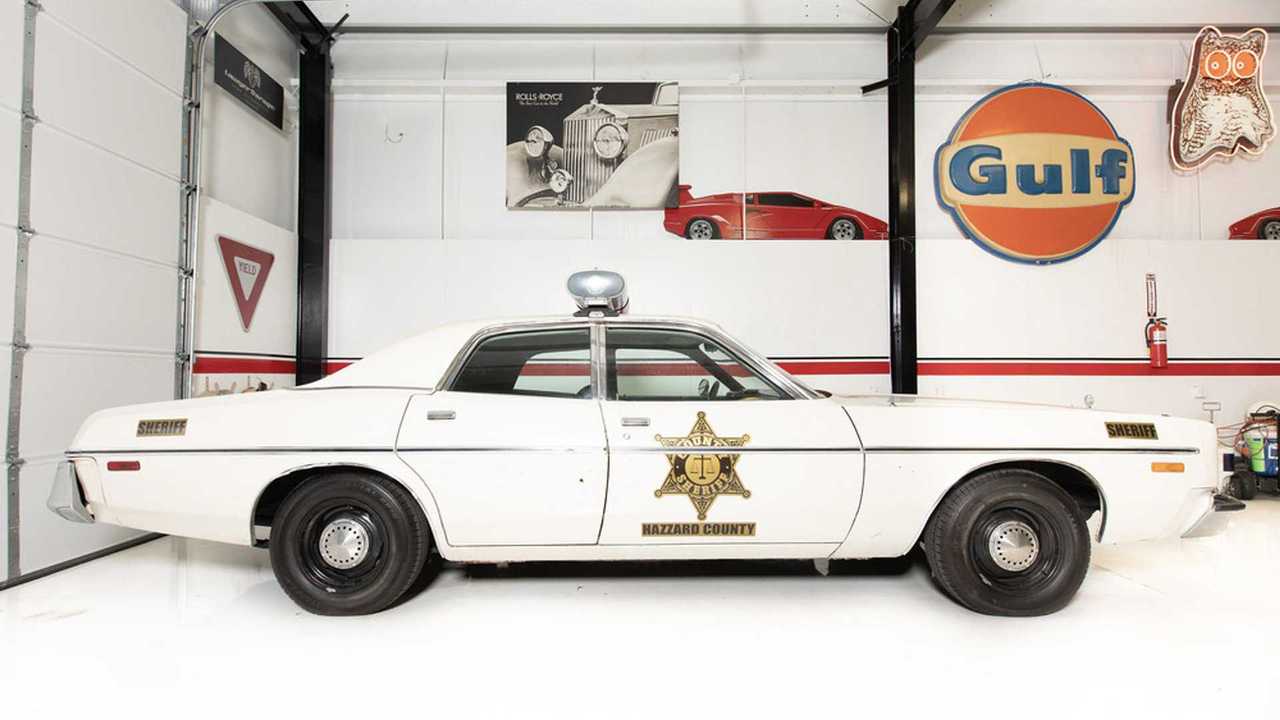 While the antihero Duke boys jumped the General Lee over everything they could, Sherriff Roscoe P. Coletrane was hot on their heels in his Mopar police car, represented in this lot by a 1975 Dodge Coronet.

Crazy Cooter was always there to get the Duke boys out of trouble with his tow truck, and while numerous trucks were used in the television show (and film), this collection uses a 1971 Chevrolet C30.