Before the iconic Shelby Cobra came about, Carroll Shelby was the brainchild behind the rare Scaglietti Corvette.

When most people think of the late Carroll Shelby, the first thing that comes to mind is the racing history surrounding his Shelby Cobras, the cars that helped settled his intense rivalry with Ferrari after proving victorious at the World Manufacturer's Championship. Powered by a small-block Ford, the car cemented its place forever in racing history. What many don't know is that the Ford engine that was stuffed inside the Cobra wasn't Carroll's first choice for powering the British roadster. In fact, he wanted to pull the trigger on a small-block Chevy engine first, but the idea was nixed by the higher-ups at General Motors. 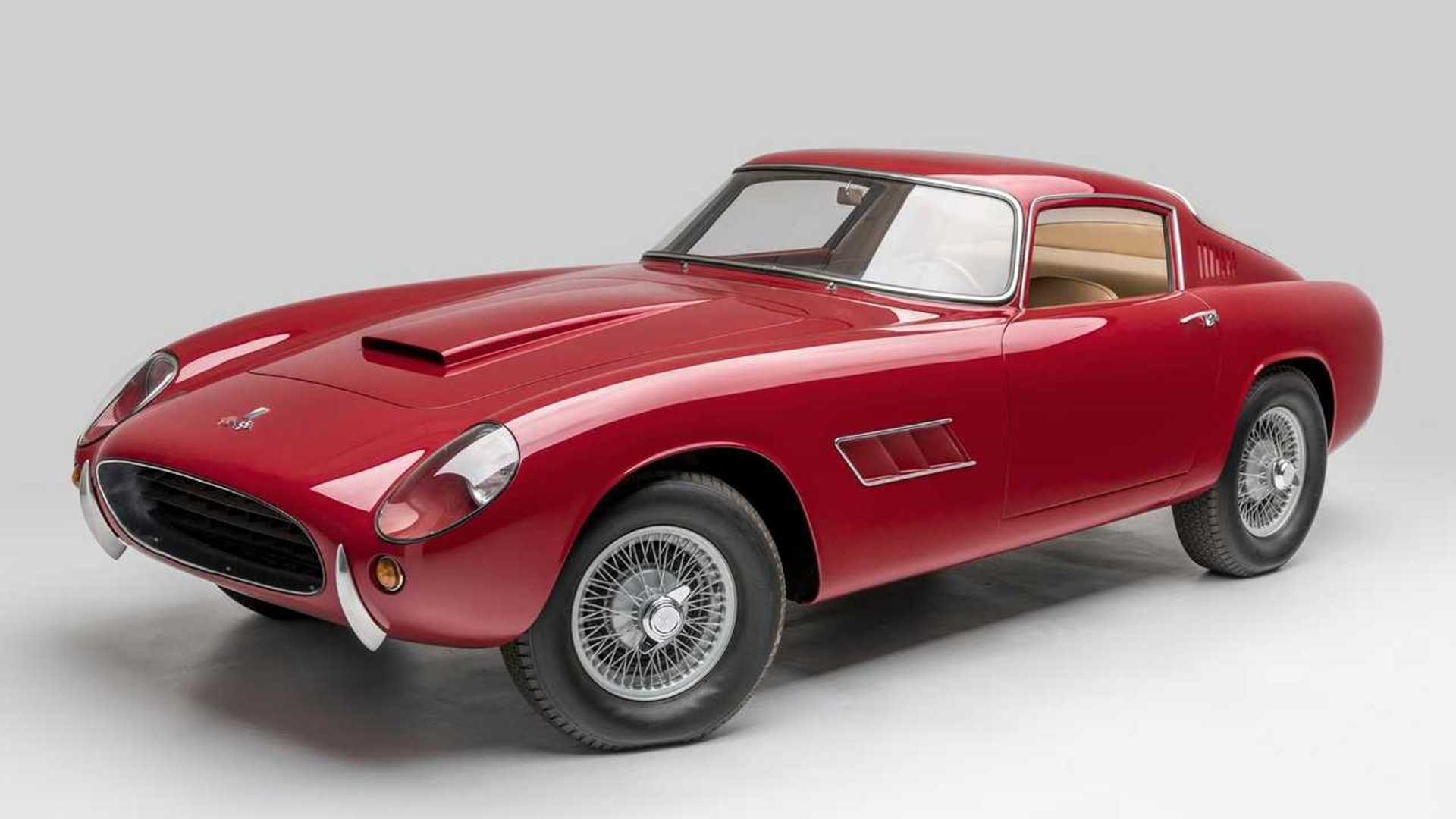 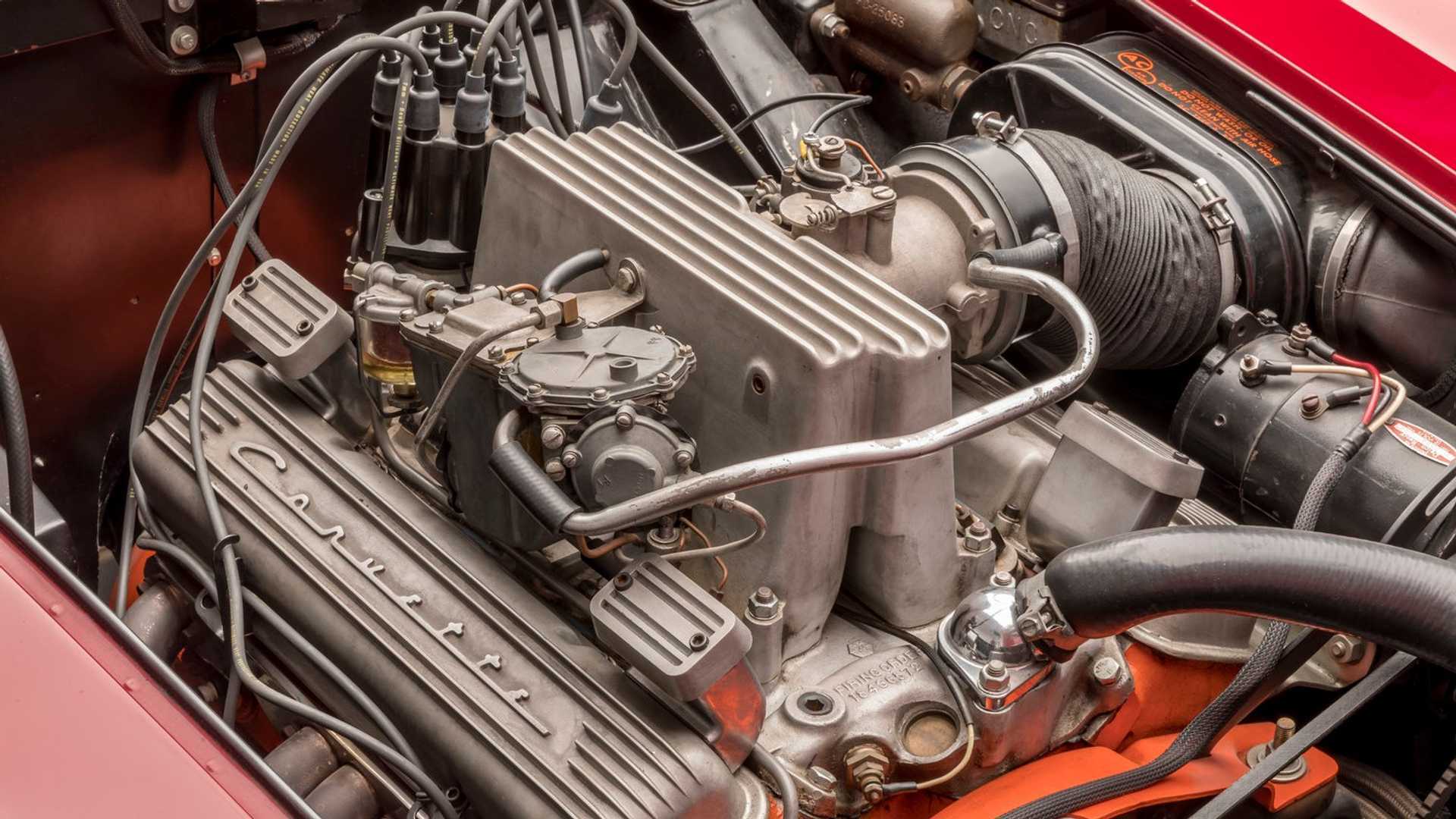 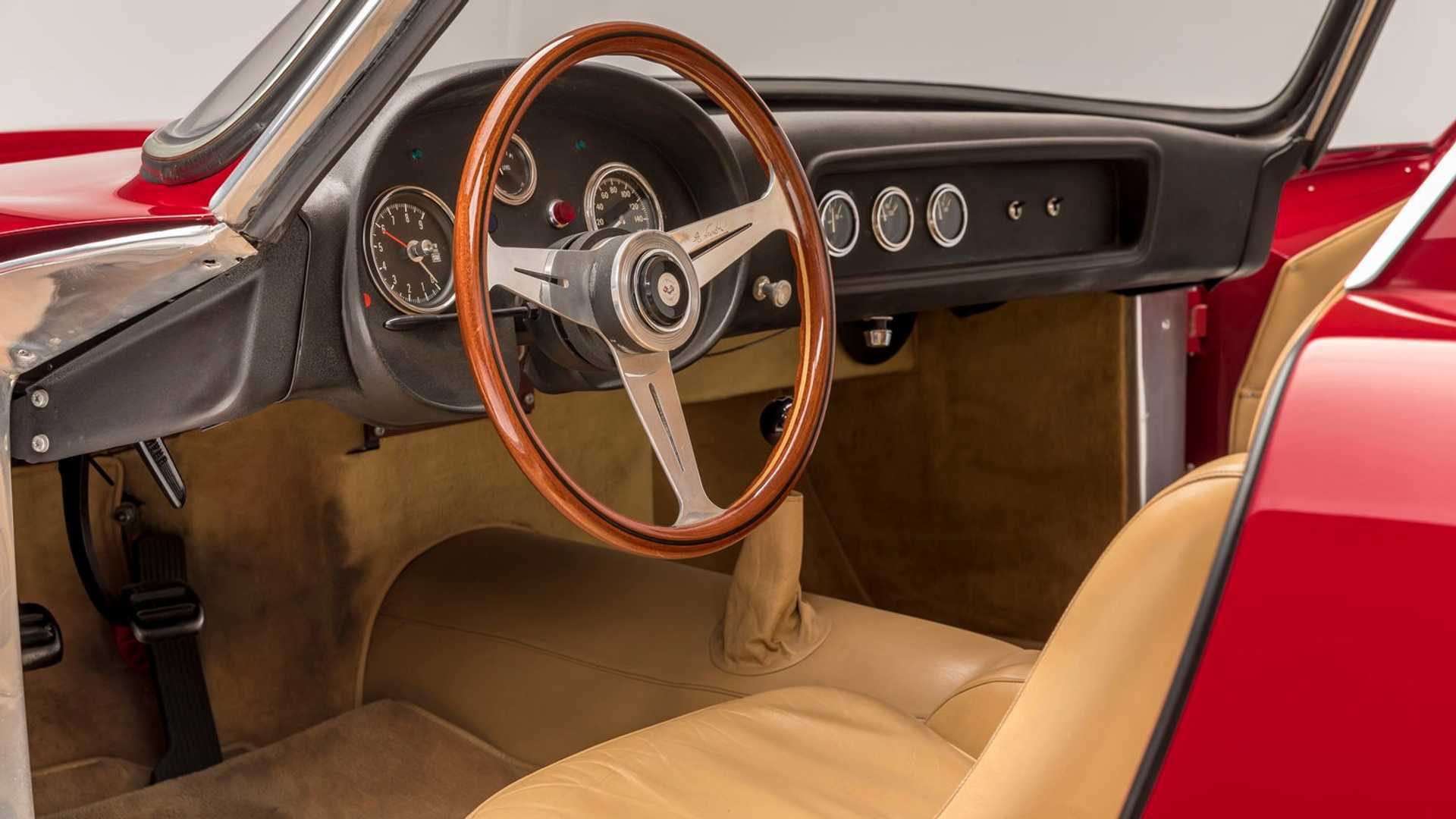 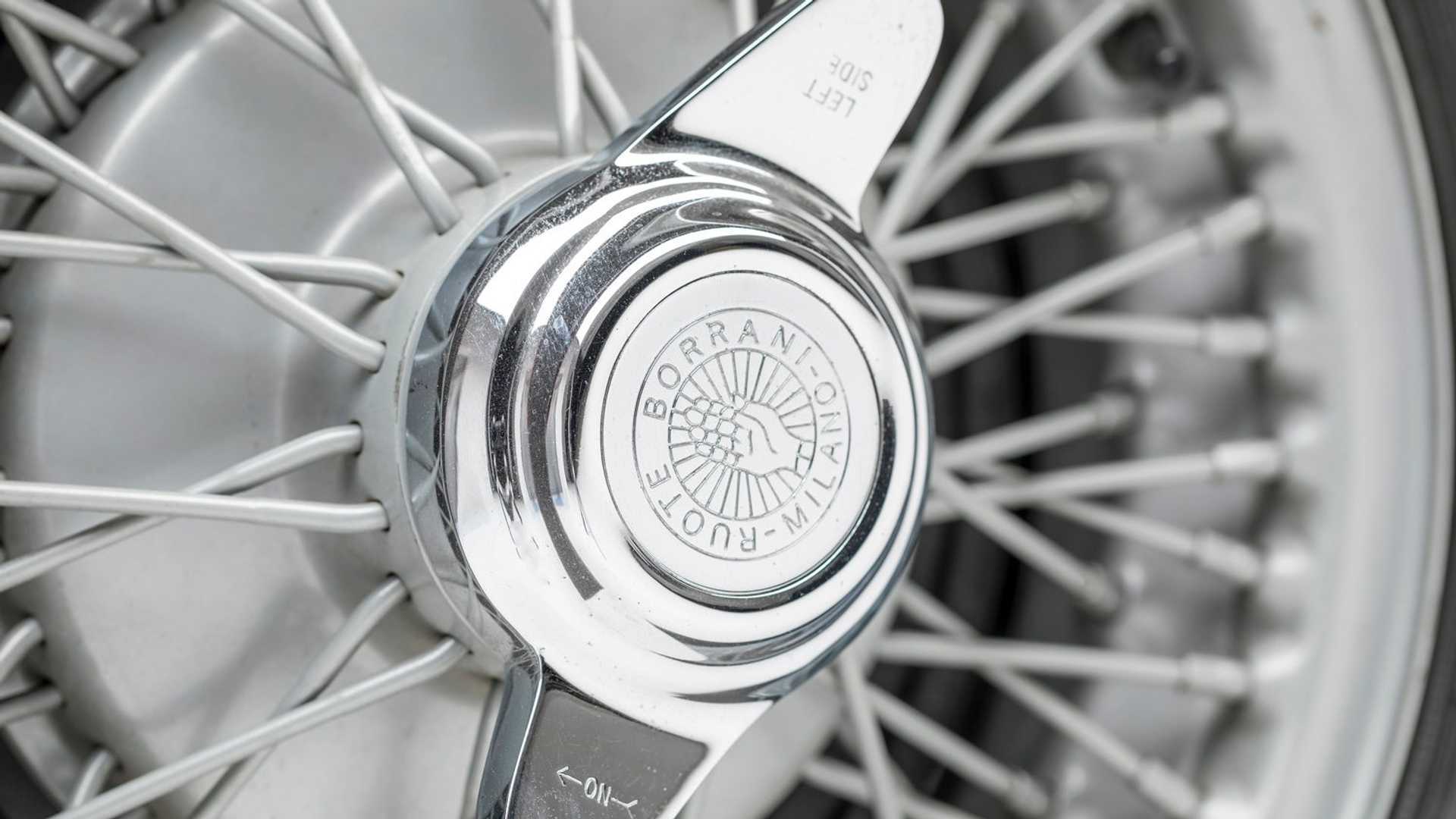 Before the Cobra made racing history in the mid-1960s, Shelby was involved in a lesser known project - the 1959 Scaglietti Corvette. Scaglietti was mainly known for his work on Ferrari race cars, but he collaborated with Gary Laughlin, Jim Hall, and Carroll Shelby to handcraft just 3 Corvette Italias. Hall and Laughlin both owned Chevrolet dealerships. These three Corvettes were completely bare and were transported to Modena, Italy, where Scaglietti would sculpt new bodies out of special lightweight alloy.

The goal for these Scaglietti Corvette Italias was to take on the Ferrari 250 Testarossa and 250 SWB Berlinettas on the road course. The car was meant to be produced in a limited run and take on the European sports cars. However, Enzo Ferrari was Scaglietti's main customer, and it is safe to say that he was less than pleased. In fact, it took about two years to complete these 3 special Corvettes.

The goal was for an inexpensive but reliable car that utilized an American drivetrain but covered by an Italian shell. Just one would be shifted via a 4-speed manual transmission, and the others would be fitted with automatic Powerglides. All of them would be powered by a 283cui V8 engine. 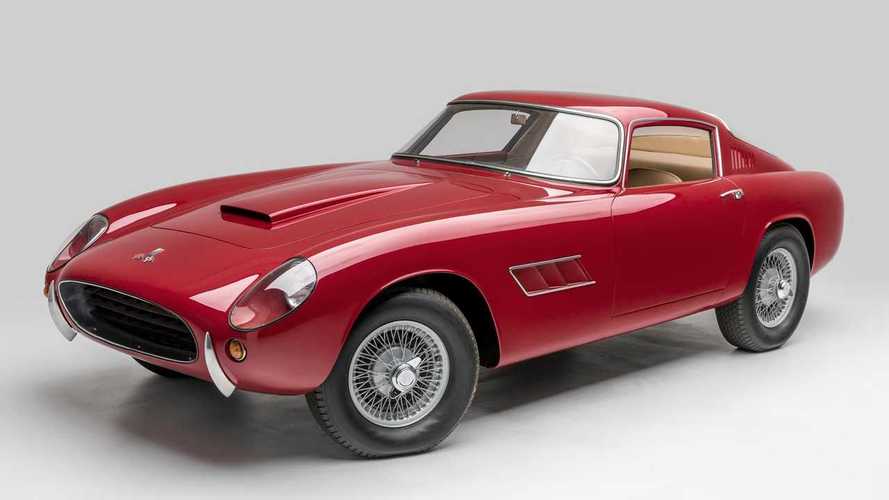 In the fall of 1960, the first Scaglietti Corvette was finished now wearing an aluminum body that was inspired by the Ferrari Tour de France. Enzo was supposedly in Scaglietti's ear telling him to jump ship on this Corvette project. And this may have stemmed Carroll Shelby's famous quote, "Ferrari's ass is mine!". The General Manager of Chevrolet at the time, Ed Cole, called Shelby in the early hours of the morning and said that the project would be no longer. This lit a fire within Carroll Shelby, and he eventually went on to beat Ferrari in 1964 with his Shelby Cobra.

Hall frequented Concours events with his Corvette at Pebble Beach, Santa Barbara, and Newport Beach. The car was then sold at auction back in 1990 and fetched $500,000, a record at the time for any Corvette sold at auction. Laughlin's car was shipped to reside in Japan among a massive car collection. The last Corvette was going to be Carroll Shelby's but after the project was discontinued, he didn't want it. After exchanging hands multiple times, it ended up in Los Angeles the Petersen Automotive Museum.

With the inner workings of a C1 Corvette, the car was stuffed with a Chevy 283cui V8 engine topped with Rochester fuel injection. The last two Corvettes were actually given four-barrel carburetors, but they were later swapped over to fuel injection. Other mechanical features included an iron-wall block, interchangeable iron heads, intake manifold, stamped rocker arms, and a comp-grade fuel cell. The car kept the factory drum brakes and live-axle rear end. Shifting power came from a 4-speed Borg Warner T-10 transmission connected to a Hurst shifter. The car pumped out 315-horsepower.

With all three men behind the Corvette standing over 6 feet tall, the inside was to be reminiscent of a Ferrari GT. It featured Stewart Warner gauges, a Corvette shift knob, Nardi wooden steering wheel, T-handle parking brake. Even more, the dashboard was given a crackle paint finish, and it was equipped with leather seats in a camel color. On the outside, Ansa exhausts played a beautiful soundtrack when paired with the Chevy V8 engine, and it sat on a set of Borrani cross-laced wire wheels.

Overall, the rare Corvette was a car that was meant to take on the European sports car market o track, but thanks to Scaglietti's close relationship with Shelby rival Enzo Ferrari, it never came to be. But, the story behind the rare 'Vette is undoubtedly interesting in itself.