This 5.0 went rolling once again with its drop top down!

Robert Van Winkle, aka Vanilla Ice, showed up to a cars and coffee event over the weekend in West Palm Beach, Florida driving his iconic 5.0 Mustang Convertible. This white Ford Mustang GT was referenced several times in Vanilla Ice's hit song Ice Ice Baby, and it was also featured in the music video for Rollin' In My 5.0 as well as Adam Sandler's 2012 flop, That's My Boy. 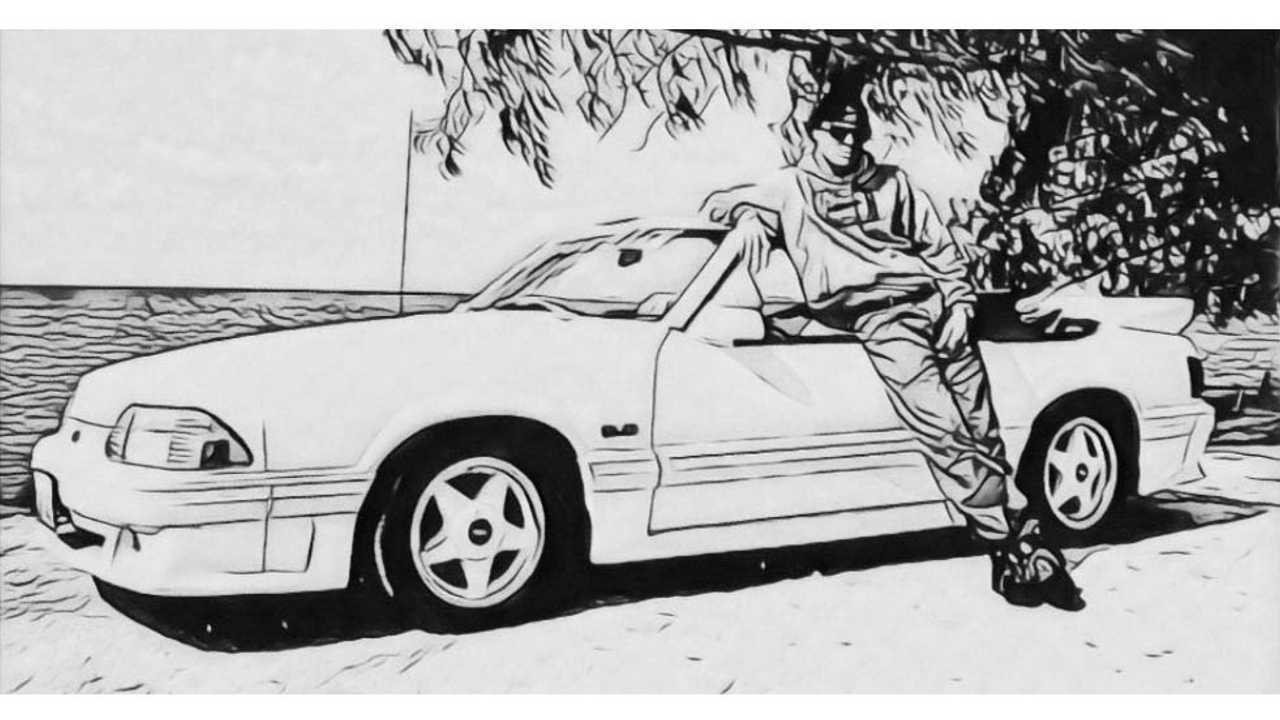 Rather than continuing to Beachfront Avenue, Vanilla Ice cruised with the drop top down (so his hair could blow) to Cars & Coffee Palm Beach where CBS 12 got to check out the car and talk to Van Winkle. The Fox Body Mustang underwent an extensive four-year restoration, and the showing of this car coincides with a new reality television show debuting on History Channel later this year, which will star Vanilla Ice and somehow relate to cars. Pictures from event show the car roped off, and there was a large crowd on hand to see the car and take pictures with the Miami-area native and his well-known 5.0.

According to a post on Facebook, Vanilla Ice has kept the car since the '90s,and the restoration put the body back to stock condition including the signature GT taillights with the exception of the five-spoke Fittipaldi wheels. While the exterior looks stock, the interior, trunk and engine compartment are all fully custom. Inside, the Mustang has a two-tone red-and-white color combination, and this carries over into the trunk. Under the hood, the 5.0 is all dressed up and ready to show.

Just in case you need a refresher, here are the music videos for Ice Ice Baby and Rollin' In My 5.0, because a little '90s nostalgia never hurt anyone.