If you look closely, there’s a detail which gives this away.

Hollywood magic is the best kind of smoke and mirrors around. After all, we can construct entire action sequences in films using computers these days, as clearly demonstrated in the latest Fast & Furious movies. And while some productions like Baby Driver pride themselves in doing all real-world car stunts, others like Quentin Tarantino’s Once Upon a Time in Hollywood turn to some low-tech trickery. You can clearly see this when Brad Pitt is driving, if you watch closely.

Pitt, playing the role of stuntman Cliff Booth, drives a Volkswagen Karmann Ghia like it’s a bat out of hell. However, when he borrows the 1966 Cadillac Coupe DeVille owned by Rick Dalton, played by Leonardo DiCaprio, Booth is content to let the luxury car just cruise down the road without so much as tire squeal. The feel of a car can absolutely dictate how you drive it, but that’s starting to get off the point.

Incidentally, the Cadillac Coupe DeVille has an interesting past, being the same car Michael Madsen drives as Mr. Blonde in Reservoir Dogs. Madsen stashed it in storage, then the production crew cleaned it up and even made a copy for different shots. 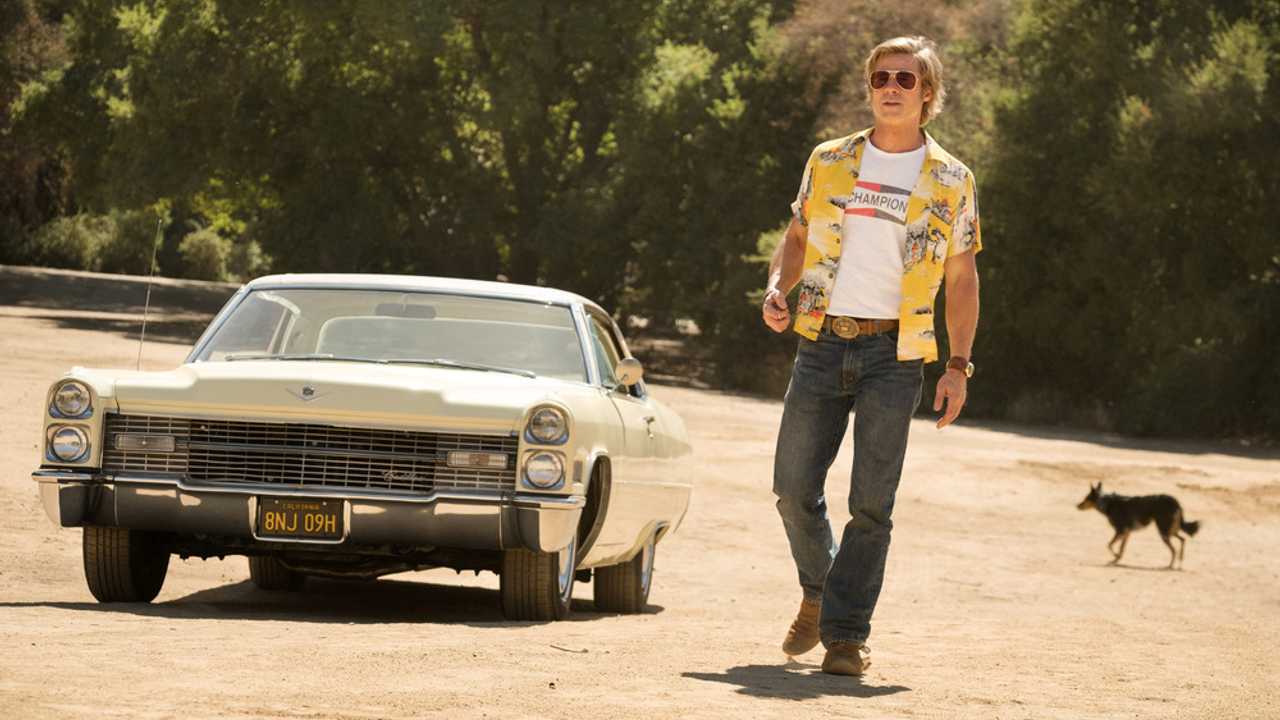 In one scene in particular, we see Booth cruising along in the Cadillac down a Los Angeles street. It’s easy to get distracted by the other classic cars he keeps passing, plus the amazing way the production crew transformed the scenery to look like 1960s Hollywood without using any computer graphics. But as the camera focuses on an interior shot, one small detail indicates Pitt is no longer driving: the speedometer stays squarely on zero. Check it out below, toward the end of the clip.

It’s a small thing, really, but still entertaining to figure out when the Cadillac is being towed through the scenery and not driven by the actor. Considering people are freaking out at the revelation James Corden doesn’t actually drive during the shooting of Carpool Karaoke, this is a fun thing to notice. Unfortunately, people lacking enough stimulation in their frontal cortex then think it’s a good idea to imitate how these actors “drive” while behind the wheel, then all the fun is ruined. Realizing there’s Hollywood magic at work in these scenes is the smart move.