If you thought the idea of buying a six-car Callaway Corvette collection was cool, then check out these six Lancia racecars that are up for sale by Girardo & Co. in Europe! These cars are part of the Campion Collection, and each has unique racing provenance and some even have show history in recent years. Although Girardo & Co. hasn't listed its pricing for the cars, Top Gear reports that each car is being sold for £1 million (about $1.3 million USD), which puts this total collection at $7.8 million USD. That's not bad for six cars that essentially act as a timeline of success for Lancia and Martini Racing in the 1980s. 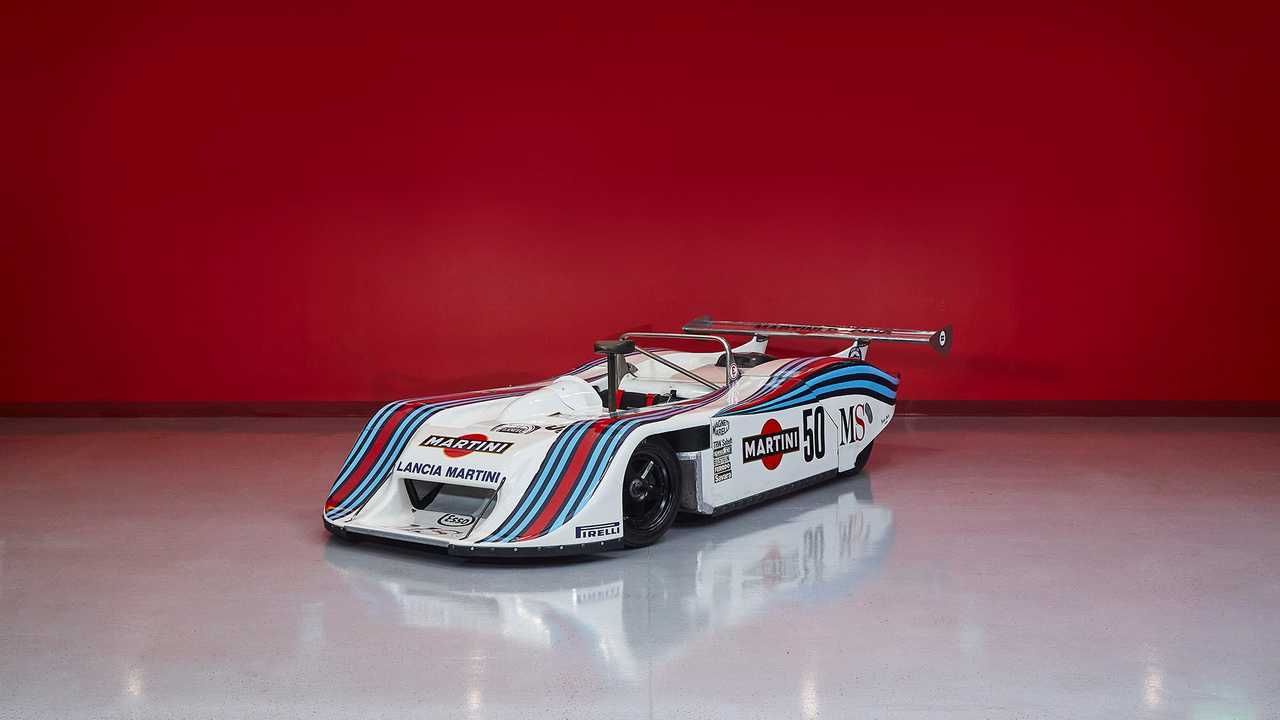 The Lancia LC1 was a short-lived racecar that was competitive right out of the gate. Only four examples of the LC1 produced, and it dominated three key endurance races in 1982. This particular car (chassis LC1-002) won the grueling Nürburgring 1000km race that year, and today it wears the same no. 50 as it did in its sole victory. Due to rule changes, the LC1 was retired – replaced by the Lancia LC2 – after just one year of racing, and even in private hands, this car went on to compete in hill climbs and road course races. 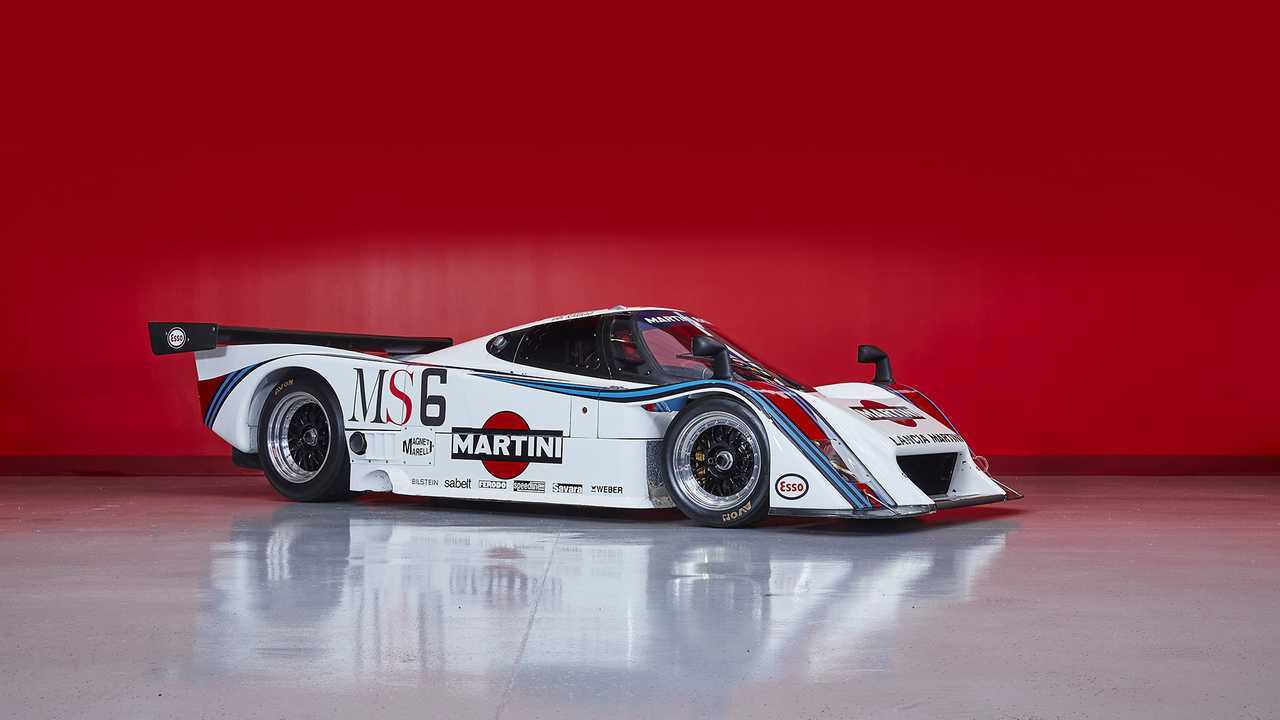 The Lancia LC2 is a Ferrari-powered prototype racecar that was raced from 1983 through 1986. This example up for sale is the very first chassis (LC2-0001), and it's one of seven LC2s ever build and one of just five factory-entered LC2s to race at Le Mans. Speaking of that iconic race, this particular LC2 is wearing the same no. 6 as it wore during the 1983 24 Hours of Le Mans. Chassis LC2-0001 was retired in 1985, and it's had just three subsequent owners before joining the Campion Collection. 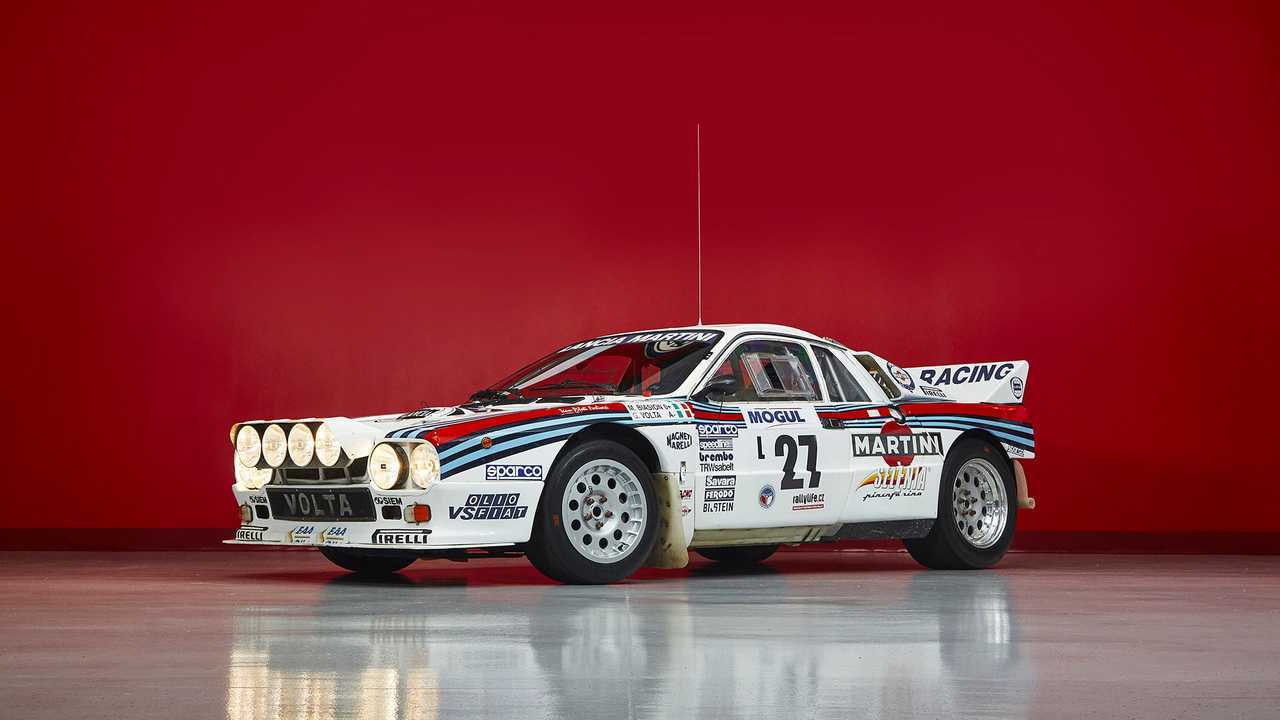 Lancia designed the Delta 037 Rally to compete in Group B rally events, and a mere 20 examples of the Evo 2 added to this car's success with a more powerful (325 horsepower) supercharged engine. The Lancia Delta 037 Rally was the final rear-wheel-drive car to win the World Rally Championship, and this one (chassis 411 ) was retired in 1987. After racing, this car has remained a prominent show car having been displayed twice at the Amelia Island Concours d’Elegance as well as The Quail, A Motorsports Gathering in August 2018. 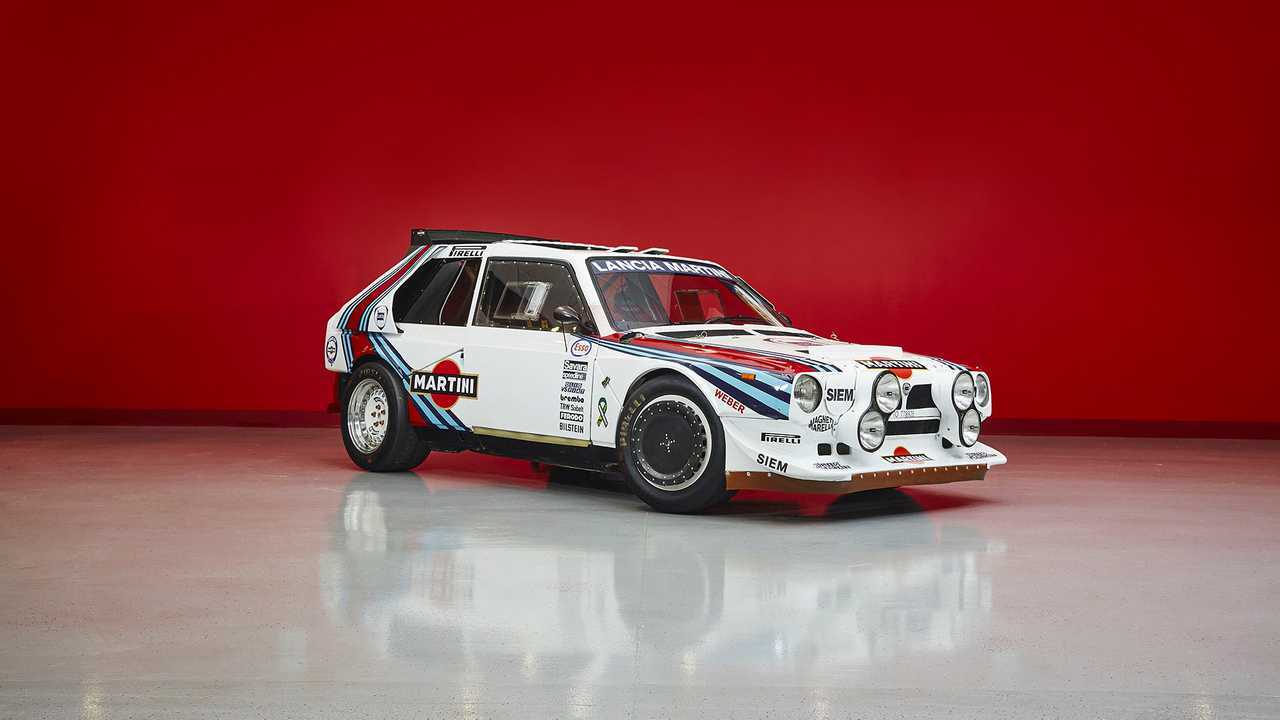 Often believed to be the ultimate rally car, the Lancia Delta S4 Corsa dominated Group B racing, and this particular car earned a win in its very first race. This car wore several race numbers over the years, but it was always dominant. This car was relegated to a test car following a podium finish in 1986, it was officially retired and sold later that year. Even after the car was retired from racing, this Lancia continued to add to its history by winning a Best In Class award at the Amelia Island Concours d'Elegance. 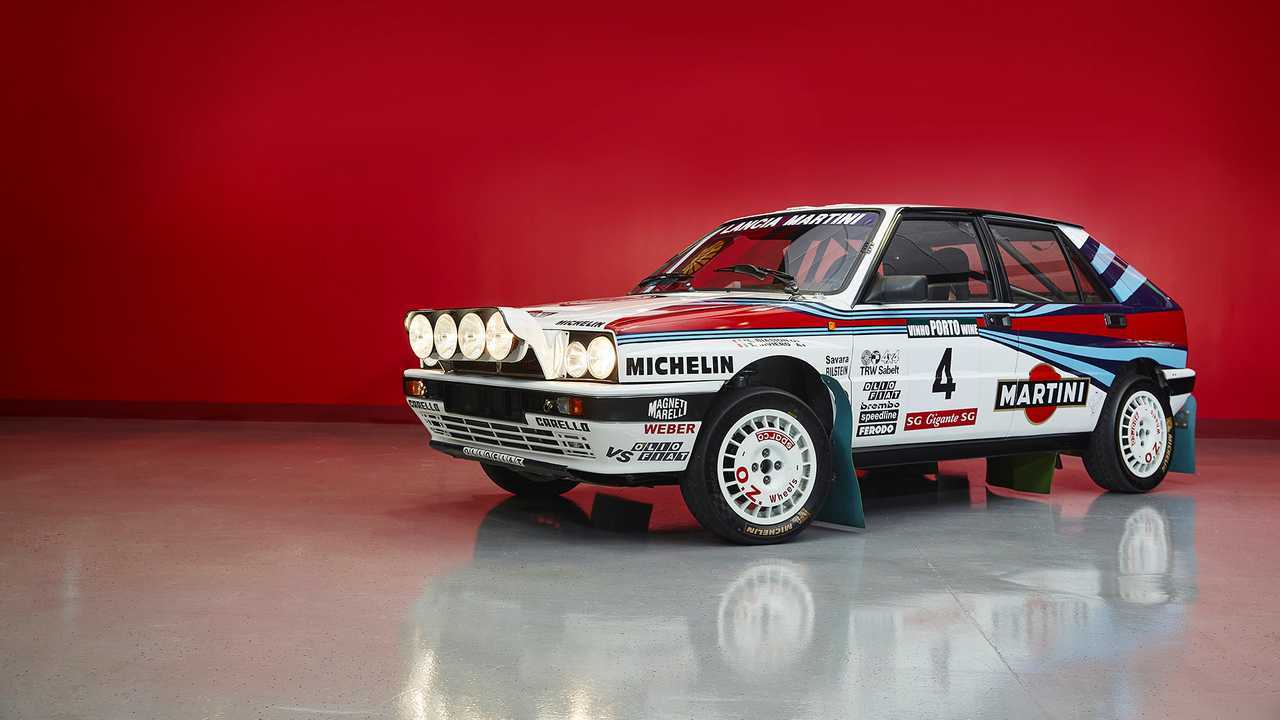 To keep pace with ever-changing racing regulations, the Lancia Delta HF Integrale 8V was introduced in 1988, and like all other Lancias of the decade, it too was a super competitive racecar. This example (chassis 417885) won its very race at the 1988 Rallye de Portugal, and the Delta HF Integrale 8V went on to win a dominating 11 WRC rounds that year. This car was sold after just one year of factory racing, but it kept performing well through the 1990 WRC season. In its retirement, this Lancia was fully restored and it was displayed at the Amelia Island Concours d’Elegance in 2017 and The Quail, A Motorsports Gathering the following year. 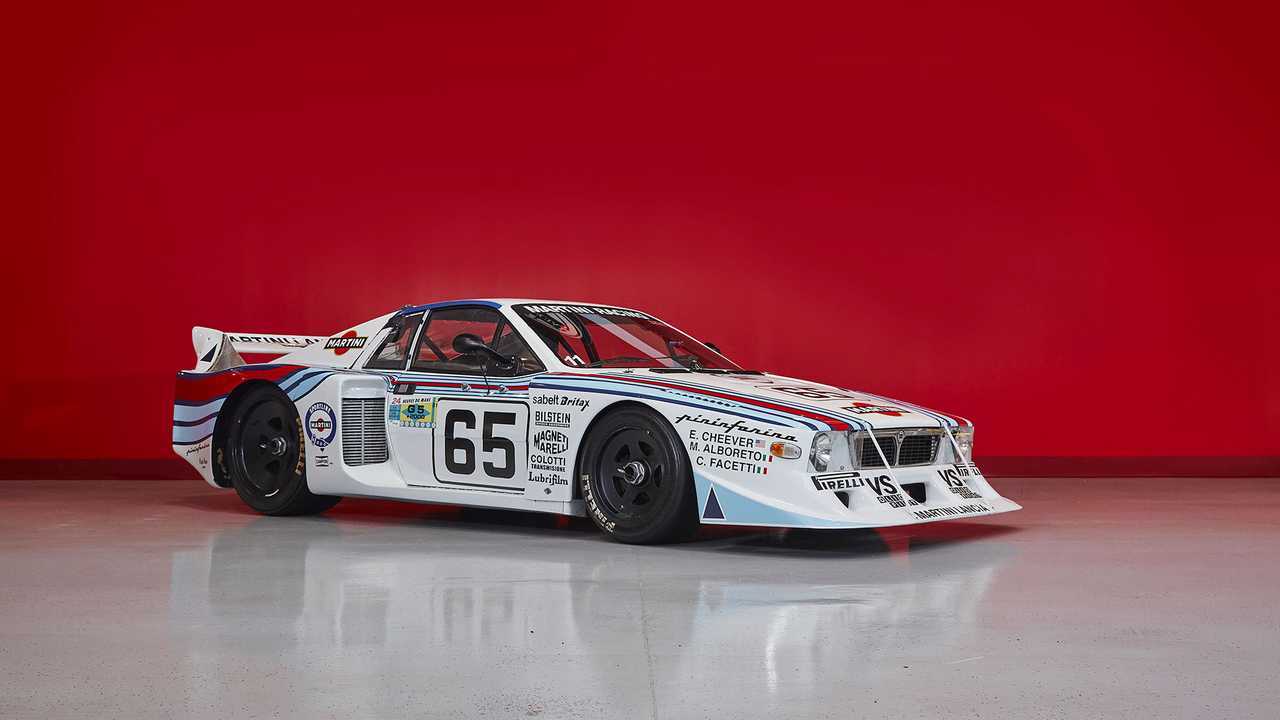 The Lancia Beta Montecarlo Turbo made its racing debut in 1978, and this car was so competitive (class championship in 1979 and overall championships in 1980 and 1981) in endurance racing that it eventually led Lancia to create the LC1 and LC2 racecars. Unlike the other Lancias of this collection, no specific racing provenance was given for this car being sold.