This is still one of the best Super Bowl car ads ever made.

It happens to all dads: one night a young boy full of raging hormones picks your daughter up for a date. The initial reaction is to scare the crap out of the kid so he doesn’t try anything. In this 2016 Super Bowl car commercial for Hyundai Kevin Hart does just that, but using a very clever trick on his Hyundai Genesis.

The kid thinks Hart offering the use of his car for the date is a token of goodwill or maybe even weakness. Instead, it’s the father’s way of keeping tabs on his daughter and the would-be smooth operator.

A truly great commercial needs to not only be entertaining and memorable, but also incorporate something which will help you remember what’s being advertised. In this instance, the commercial isn’t just about the Hyundai Genesis the kid uses on the date, but the Car Finder service available through Hyundai Blue Link. That means Hart can track in real time where the car is, and in turn keep track of what’s going on with his daughter.

Even the music for this commercial, Another One Bites the Dust by Pink Floyd, is spot-on. Dad is making sure another young suitor hightails it without trying anything underhanded. It helps create the right tone for the message, because a Genesis isn’t a car some young kid would likely be interested in, so appealing to fathers is a wise move.

Keep in mind this commercial came out before Kevin Hart’s big car accident. He was and for the most part still is a beloved celebrity, even if you might not think too highly of the guy. Plenty of people find him funny and apparently cute, maybe in a little brother sort of way since he’s so short. This will go down as one of the funniest Super Bowl car commercials ever because it resonates with dads and probably a fair amount of moms across the country and probably around the world. 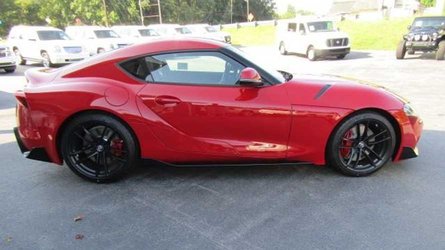 Drive Away In This 2020 Toyota GR Supra Launch Edition

This is your chance to get the limited-edition model. There’s certainly been a lot of excitement about the return o...
By Steven Symes Feb 10, 2020
news
Shop Sports 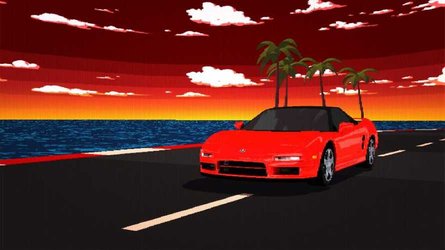 Drive Your Favorite Acura In This Mobile Racing Game

If you're looking for a great way to kill some time at your computer, check out Acura's free retro video game. Acura...
By Jeffrey N. Ross Feb 10, 2020
news
Shop Sports
Show Me More