The fashion icon has an insane car collection that ranges from vintage race cars to modern exotic hypercars.

When it comes to the fashion industry, a few big names come to mind. One of those would be Ralph Lauren. With a multi-million dollar fashion empire, the Ralph Lauren Corporation, Lauren is as successful as they come. Also a businessman and philanthropist, most people don't know that Lauren is also an avid car collector with quite the stash. In fact, Lauren has a personal worth of over $6 billion, which ranks him as one of the wealthiest men in America. Back in the 1970s, his car collecting hobby started with a 1971 Mercedes 280SE 4.5 convertible. Fast forward to today, and his collection is worth millions. With a net worth that much, why wouldn't he have a vast selection of rare and unique automobiles?

Lauren was born in the United States, but his parents were immigrants. When he was of age, Lauren decided to serve with the army. Eventually, he landed a job as a sales assistant at Brooks Brothers in the men's tie department. After gaining some experience and knowledge for fashion, Lauren then started his own company, Ralph Lauren Corporation, back in 1967 with a focal point on men's ties. However, the fashion mogul soon expanded his company to cover multiple areas in the fashion industry. As recently as 2015, Lauren stepped down as CEO of his company, but he still plays a huge role as Executive Chariman and Chief Creative Officer.

Here are some of the cars that grace Ralph Lauren's collection. 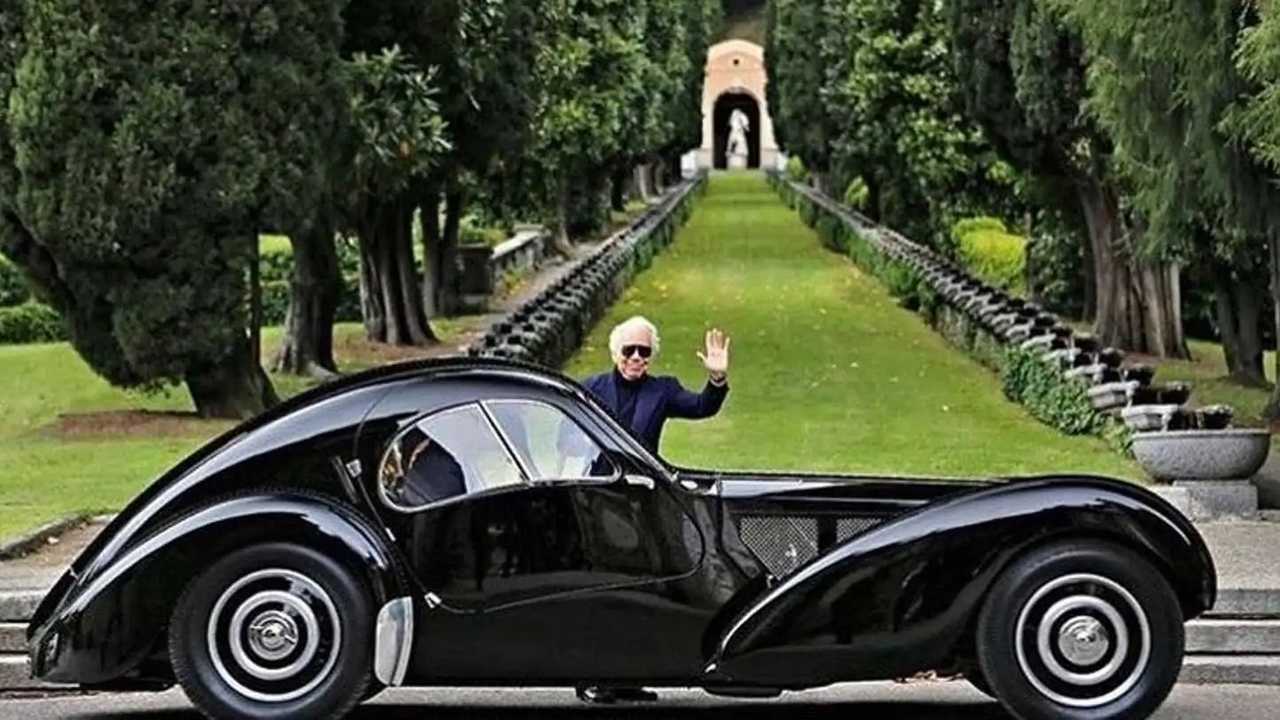 Only four Bugatti Type 57SC Atlantic Coupes were ever made, and only 3 are known to still exist. Jean Bugatti owned the fourth one, but the car went missing after his passing. Ralph Lauren owns one of the 3 on the planet. To ensure that the car was lightweight, the French automaker constructed a teardrop-shaped body out of aluminum. Arguably, many people consider this Bugatti model to be the very first supercar, as it could reach a top speed of 123 miles per hour. Back in 2010, one of these rarities sold at auction for a staggering $40 million. 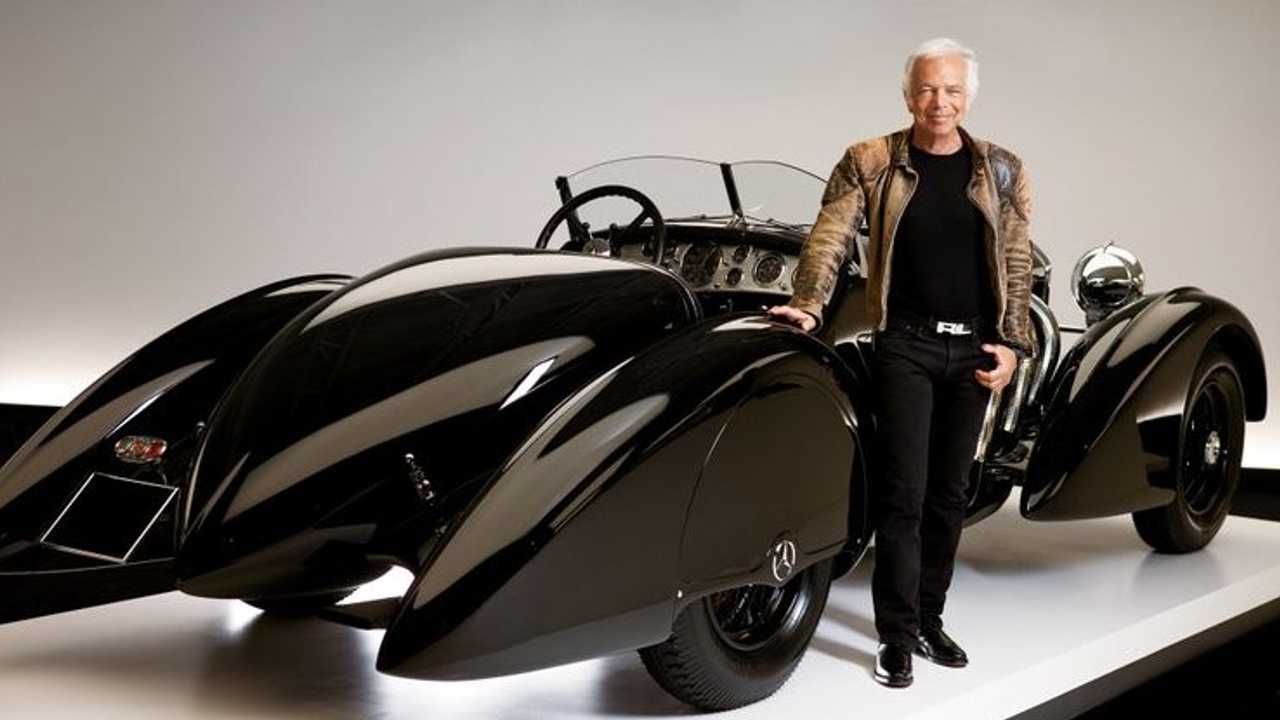 Another rare specimen in Lauren's collection is this 1930 Mercedes-Benz SSK that was a special commission by Count Trossi, an Italian automaker and racecar driver. Supposedly, fewer than 40 of these cars were built. Under the hood is a supercharged 7.1-liter inline-six engine, but the car remains naturally aspirated at low throttle. When you stomp the gas and open the throttle, the blower wakes up with a mighty howl. 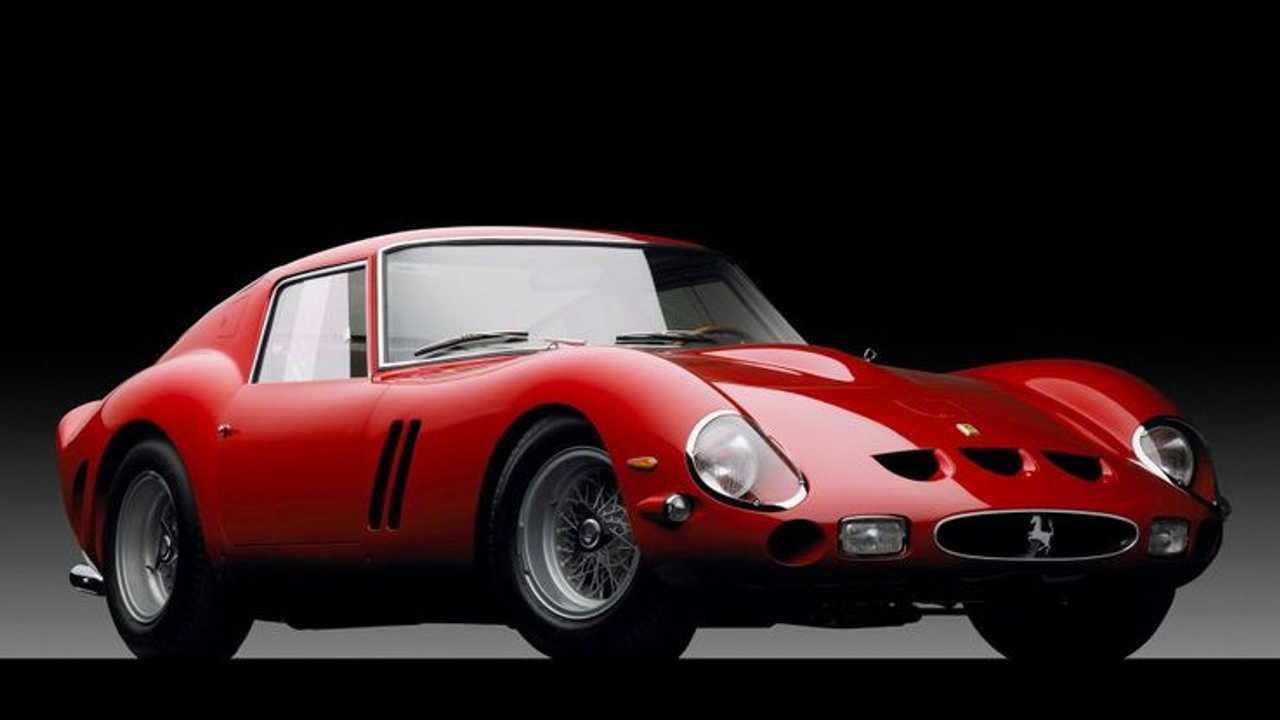 Also in Lauren's stash is a rare '62 Ferrari 250 GTO, a car that was produced from 1962 through 1964 for homologation into the FIA's Group 3 Grand Touring Car category. In fact, GTO stands for Gran Turismo Omologato. The "250" attached to the car's name refers to its engine displacement, a Ferrari is a 250cui V12 engine that is just shy of 300-horsepower. During its two-year production span, only 36 of these Ferraris wee built, and that includes 33 cars with 1962 and 1963 bodywork for Series I, just 3 with 1964 bodywork (Series II. Four of the cars in the Series I were updated with Series II bodies. One of these Ferrari 250 GTO models sold privately for $70 million meaning that this car may be the most valuable vehicle in Lauren's hoard. Even better, the approval of Enzo Ferrari was given to each and every one. 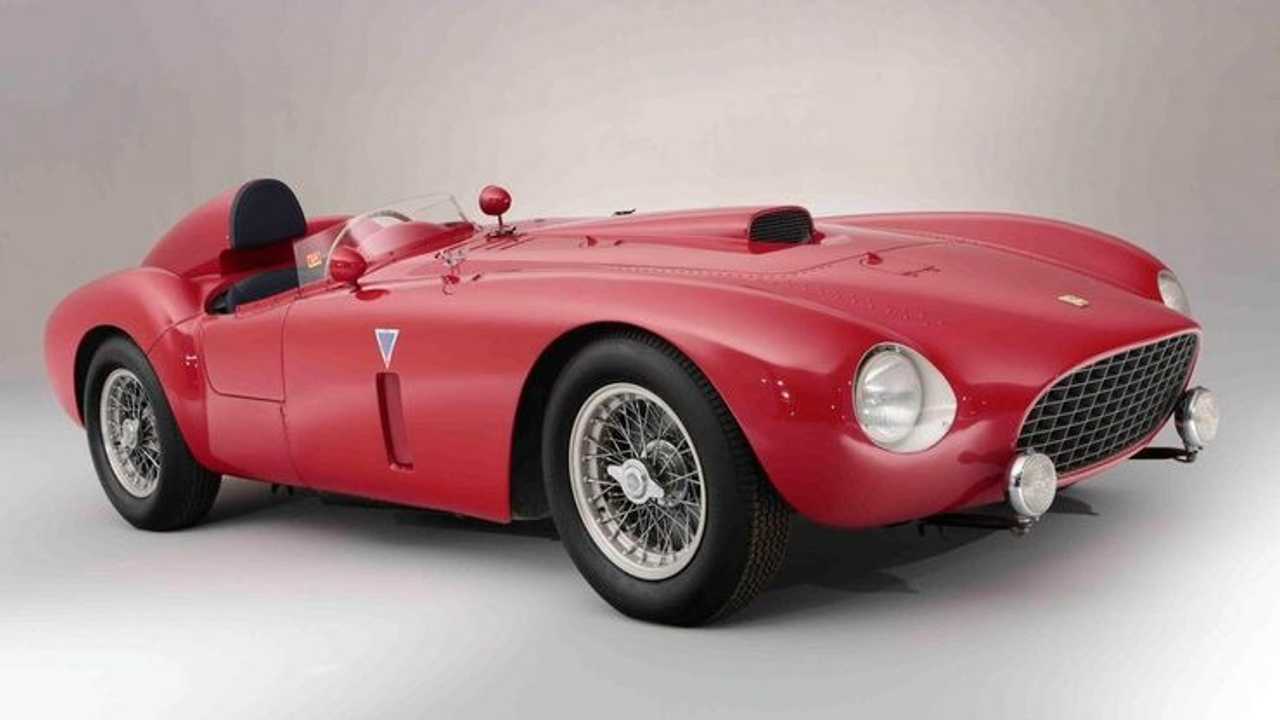 Another rare example that resides in Lauren's collection is a 1 of 5 Ferrari 375 Plus. This example is another valuable asset to his collection considering that a Ferrari 375 Plus sold for $18.3 million at auction back in 2014. This vintage Ferrari proved successful after winning some big races such as 24 Hours of Le Mans, Carrera Panamericana, 1000km of Buenos Aires, Agadir GP, and Silverstone. Powering this Italian beauty is a Lampredi V12 engine capable of 325-horsepower. 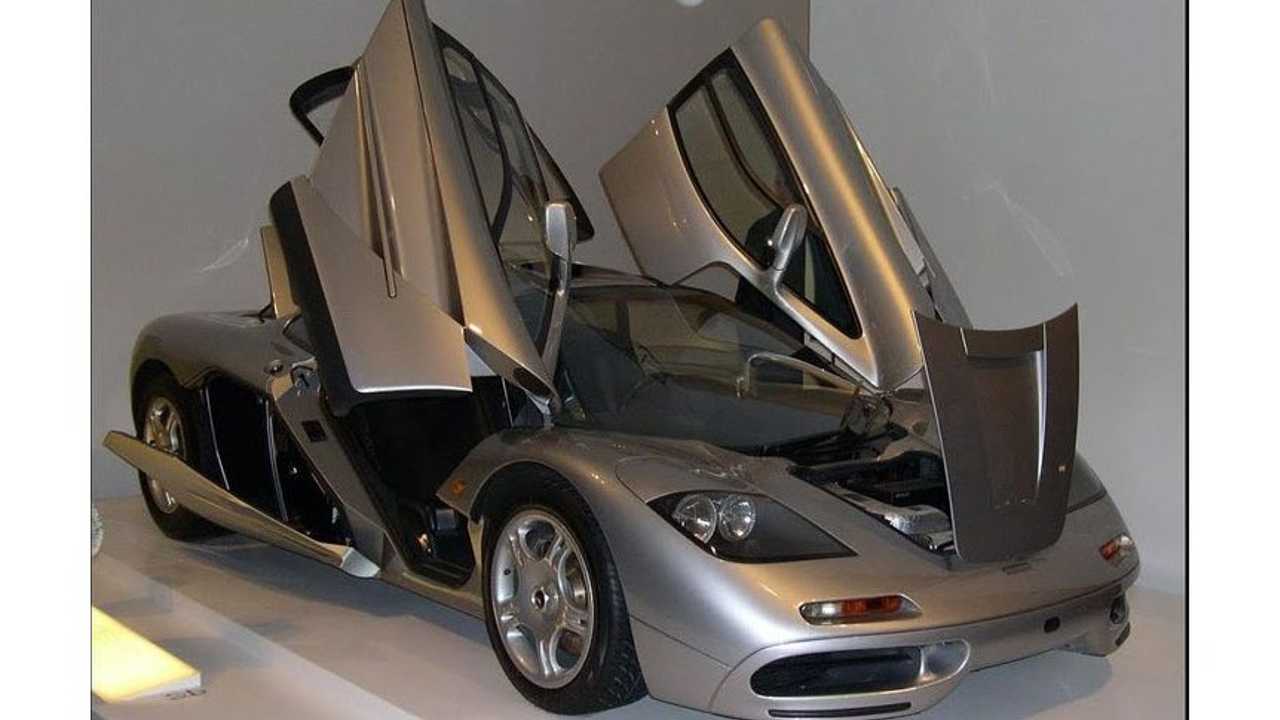 Not only does Ralph Lauren own one McLaren F1, he has two sitting in his collection. Only 106 of these F1s were built from 1992 through 1998, and the design was way ahead of its time. It is hard to believe that this car is nearly 30 years old as it csn easily fit in with the modern high-profile cars of today. Under the hood sits a BMW S70/2 V12 engine with an output of 618-horseower and 479 lb/ft of torque with power sent to the pavement via a 6-speed manual transmission. The McLaren F1 launched itself into the Guinness Book of World Records as the fastest production car in 1998 after reaching a top speed of 240.1 mph. More than a decade later in 2005, that title was overturned by a Koenigsegg CCR followed by the Bugatti Veyron. This excludes low volume production cars such as the '93 Dauer 962 Le Mans that was clocked at 251.4 miles per hour. This highly desired hypercar has some unique features such as a central seat position and a heat shield made of gold foil. Why not own two McLaren F1s? 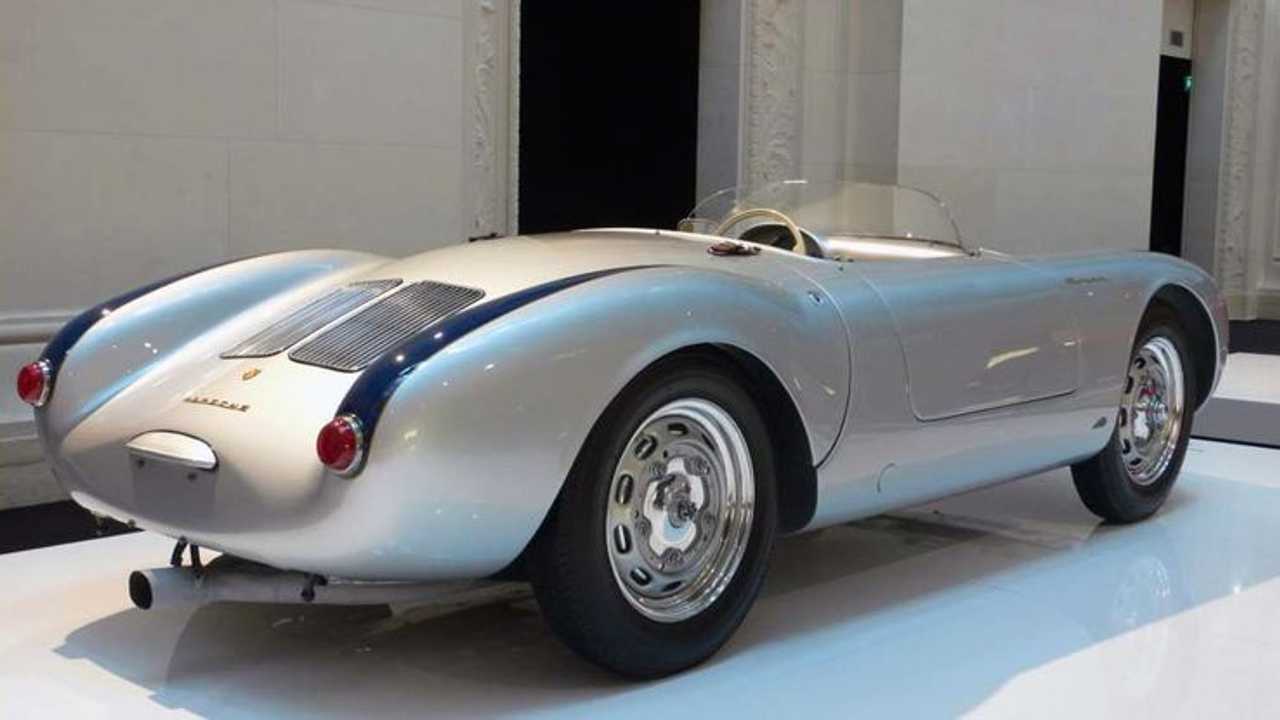 Lauren also owns a rare mid-engine 1955 Porsche 550 Spyder. The German sports car was produced from 1953 until 1956, and during the three year production run only 90 of these were built. Another car designed to dominate the track, the 550 proved itself to be a top contender. The car took the number one spot at the Nurburgring Eifel Race back in May of 1953, the first race it ever entered. Success continued for the car as it usually nabbed one of the top 3 spots. Under the hood sits an aluminum inline-4 that was naturally aspirated, also known as the "Fuhrmann Engine", with power sent to rear wheels via a 4-speed manual transmission. Indeed no slouch, this Porsche race car could reach a top speed of 140-mph. 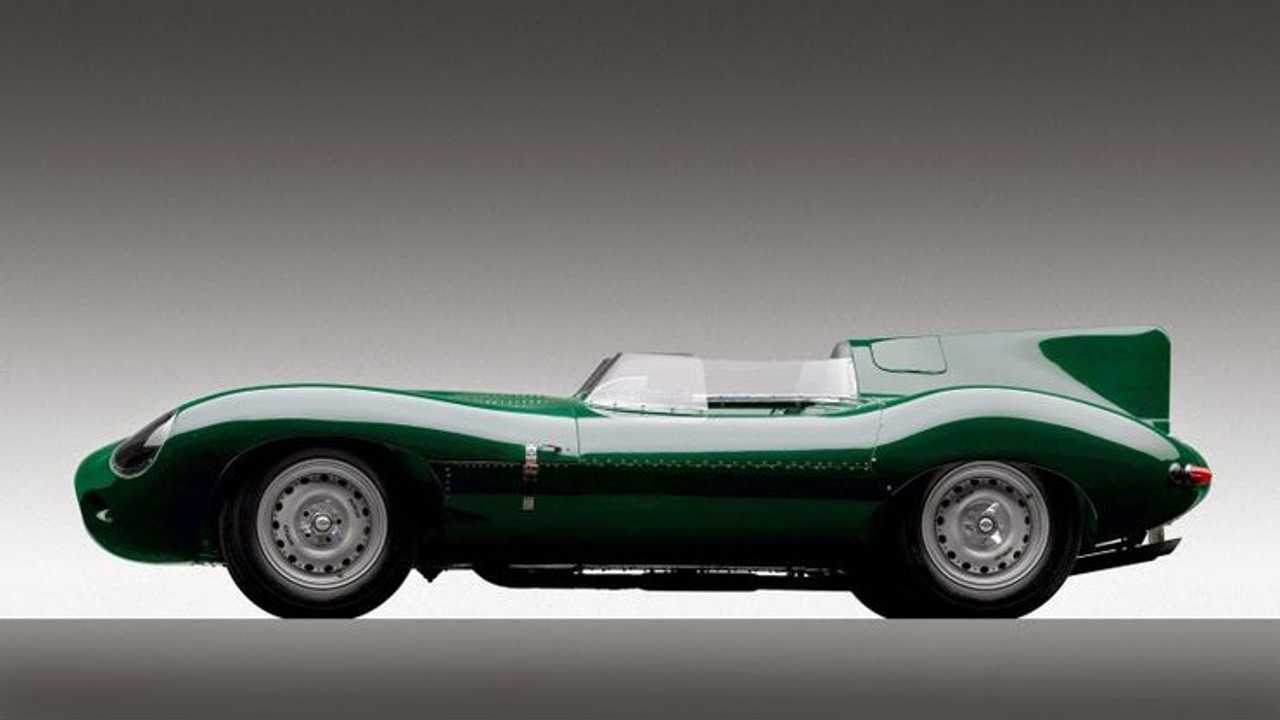 Also housed in Ralph Lauren's collectin is a 1955 Jaguar XKD. Produced from 1954 to 1957, this factory-built race car proved itself during the 1957 Le Mans where it nabbed a total of 5 spots within the top 6. This vintage Jaguar is powered by a 3,442-cc DOHC inline-6 that is topped with three Weber 45 DCO3 carburetors and backed by a 4-speed manual transmission. With this setup, this classy Jaguar generates 250-bhp with power shifted to the pavement via a 4-speed manual transmission. The Jag D-Type was given an independent front suspension, live rear axle trailing links, four-wheel disc brakes, and a transverse torsion bar. 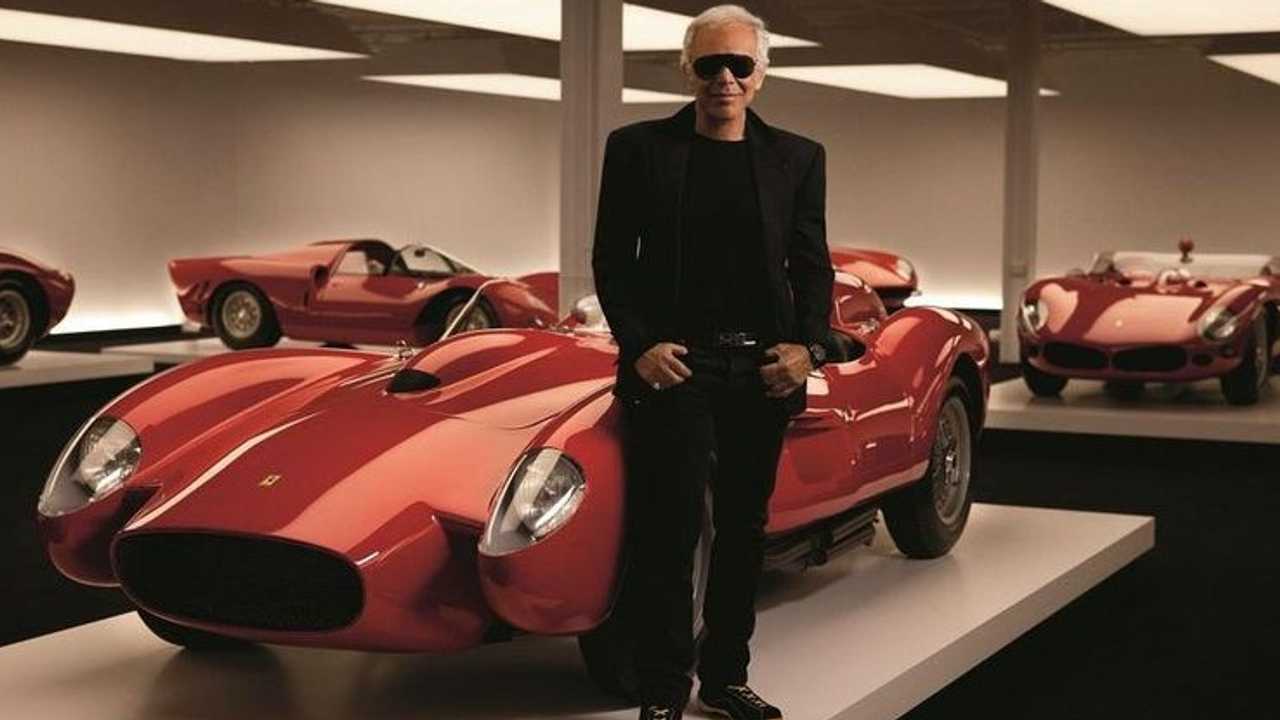 Another fine example sitting among Lauren's vast collection is a 1958 Ferrari 250 Testa Rossa Spyder. Stuffed with a V12 engine, this Ferrari model was built for road racing. There was a time when this '58 Ferrari model was considered the lightest and given the best aerodynamics offered on a race car. Considering how rare this model is, it's a good possibility you won't ever catch one in the wild. These cars are rarely even seen at auction, but a protoype chassis sold back in 2011 for more than $16 million. Only 34 of these Ferrari 250 Testa Rossas were ever made. 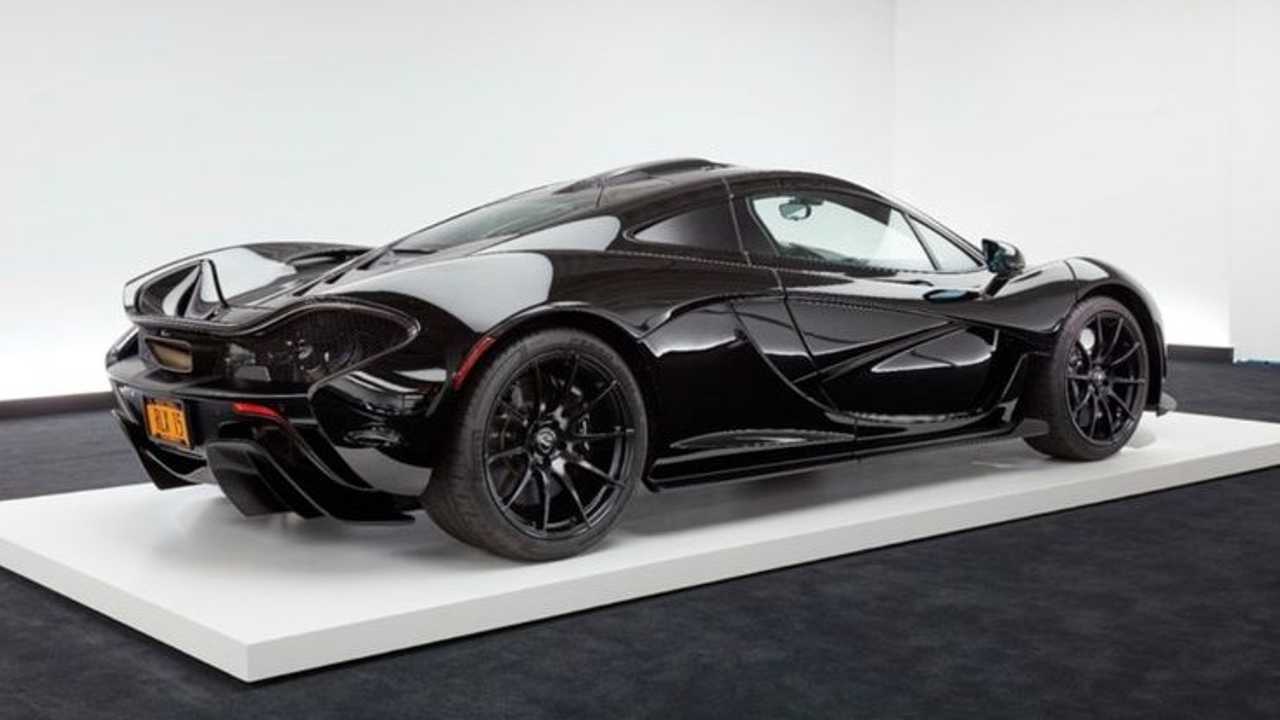 Many of the vehicles in Lauren's collection are vintage, but this McLaren P1 is a modern plug-in hybrid supercar. The P1 made its big debut at the Paris Motor Show in 2012, and went on sale in October in the United Kingdom. Before November came around, all 375 of these cars were already spoken for. This particular McLaren was purchased by the fashion icon "to drive and not collect" according to the Telegraph. This exotic ride can go from 0 to 60 mph in just 2.8 seconds and is capable of an impressive 217 miles per hour. Who wouldn't want to drive a 900-bhp McLaren P1 all the time? 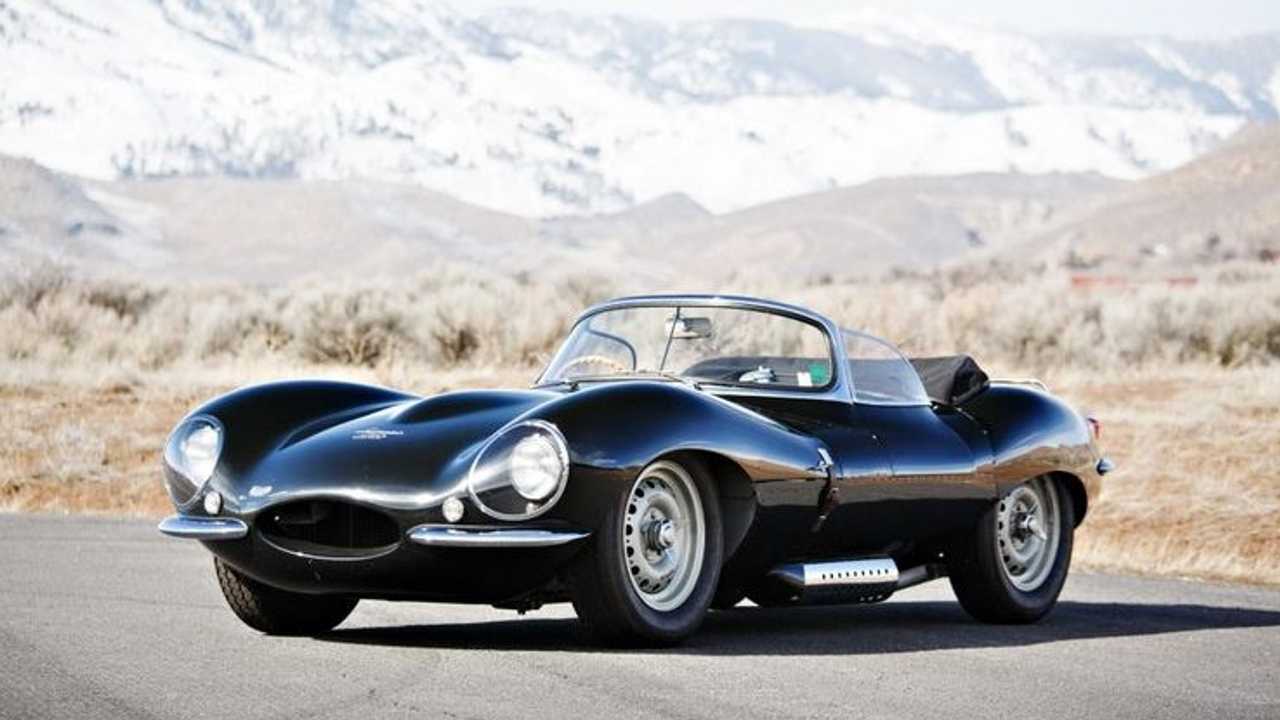 Here we have another vintage Jaguar that calls Lauren's collection home. This is a Jaguar XKSS, a street version of the Jaguar D-Type race car. The automaker pulled their D-Type cars out of motorsports in 1956 to focus on the everyday driving car. Initially, 25 of these XKSS models were planned for production, but a fire broke out in the Brown Lanes plant with only 16 cars finished. The blaze destroyed the entire remaining inventory. Fast forward to March 2016, and Jaguar finally built the remaining 9 replicas of the Jaguar XKSS. A fun fact about the car is that Steve McQueen owned one in British Green and called it the "Green Rat", and it currently resides at the Petersen Automotive Museum in Los Angeles, California. 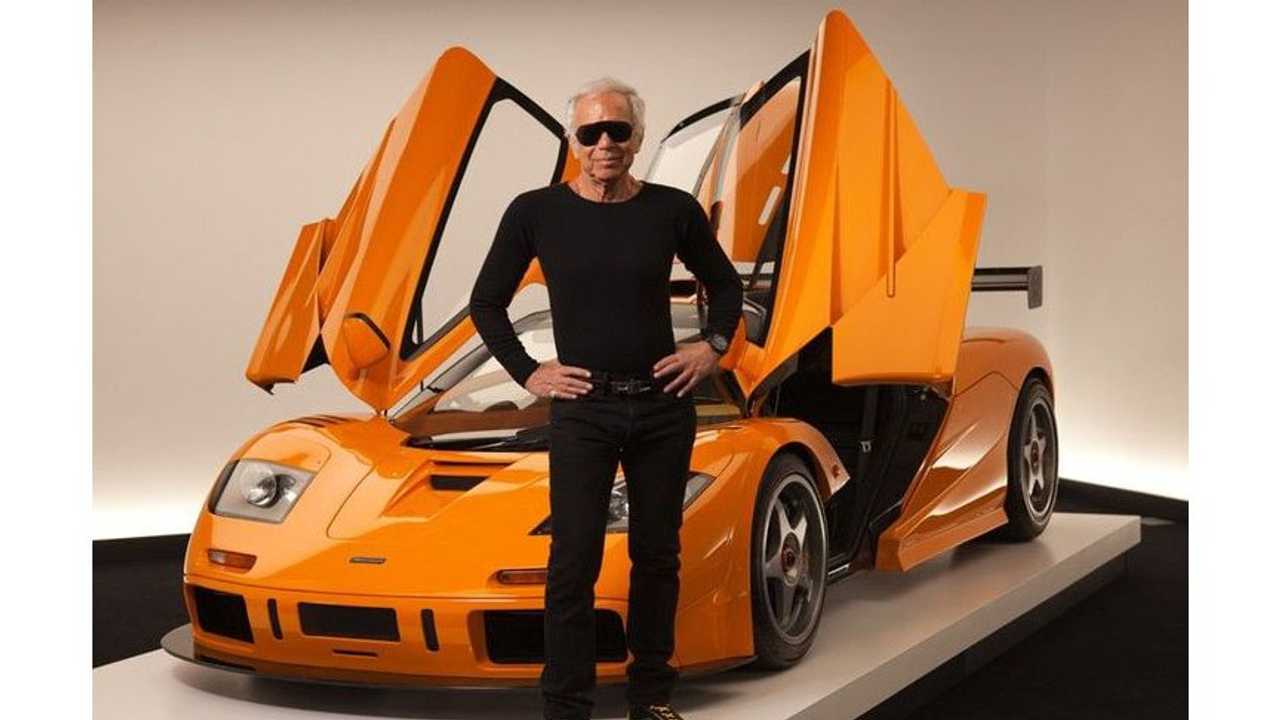 Another McLaren that resides in Lauren's collection is this F1 LM. This particular model was built as a tribute to the five McLaren F1 GTR cars that nabbed the 1st place win, along with the third, fourth, fifth, and fifteenth during the 1995 24 Hours of Le Mans endurance race. The LM, that stands for "Le Mans" is based off the McLaren F1 GTR, and it sits on a standard F1 chassis. To be deemed road-worthy, plenty of modifications were given to the car to make it as such. Only 6 of these cars were built with 5 going to customers. 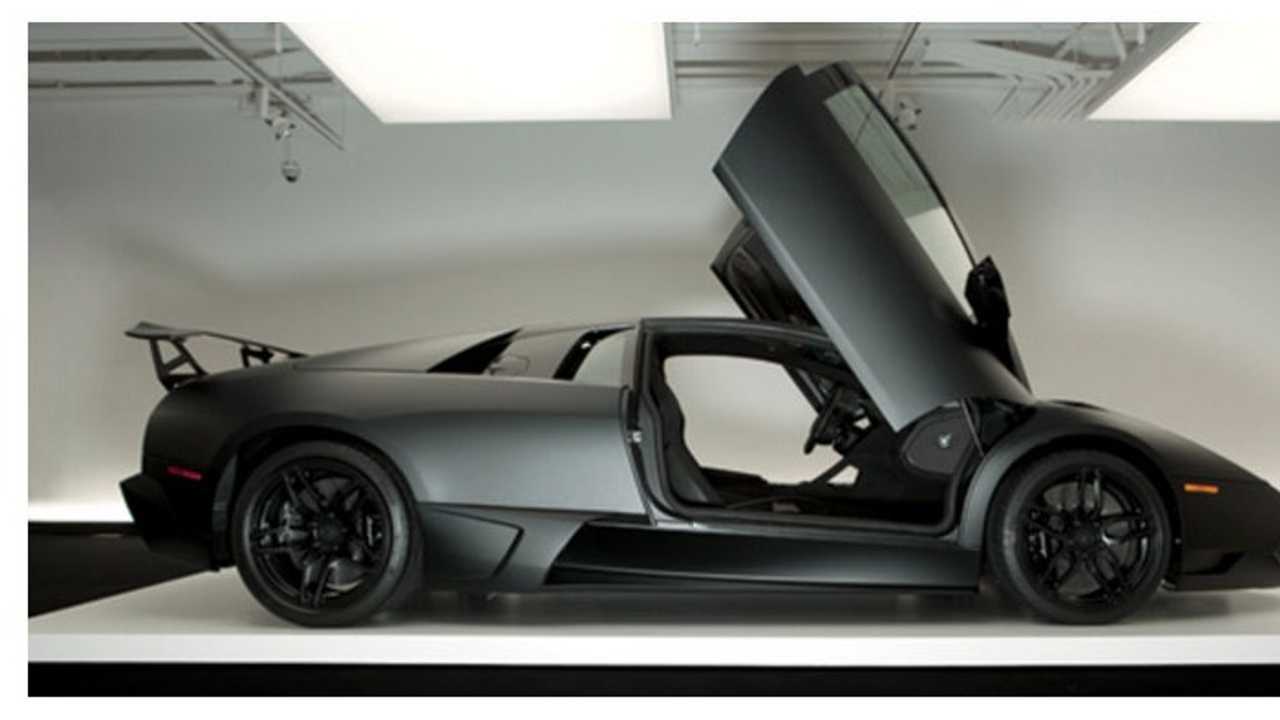 After looking at some of the cars that make up Ralph Lauren's collection, it only makes sense that he would own an ultra-rare Lamborghini Reventón. The design for this mid-engine supercar was inspired by "the fastest airplanes", or fighter jets. Powering the car is a 6.5L V12 engine, the same one used by the Murciélago LP640. During testing in the UAE, the Reventón was clocked at a top speed of 221 miles per hour. Only 20 of these examples were made save for an additional one (number 00/20) produced for the Lamborghini museum. Lauren compared the car to an "incredibly sleek sculpture or the explosive architecture of a modern master like Frank Gehry." 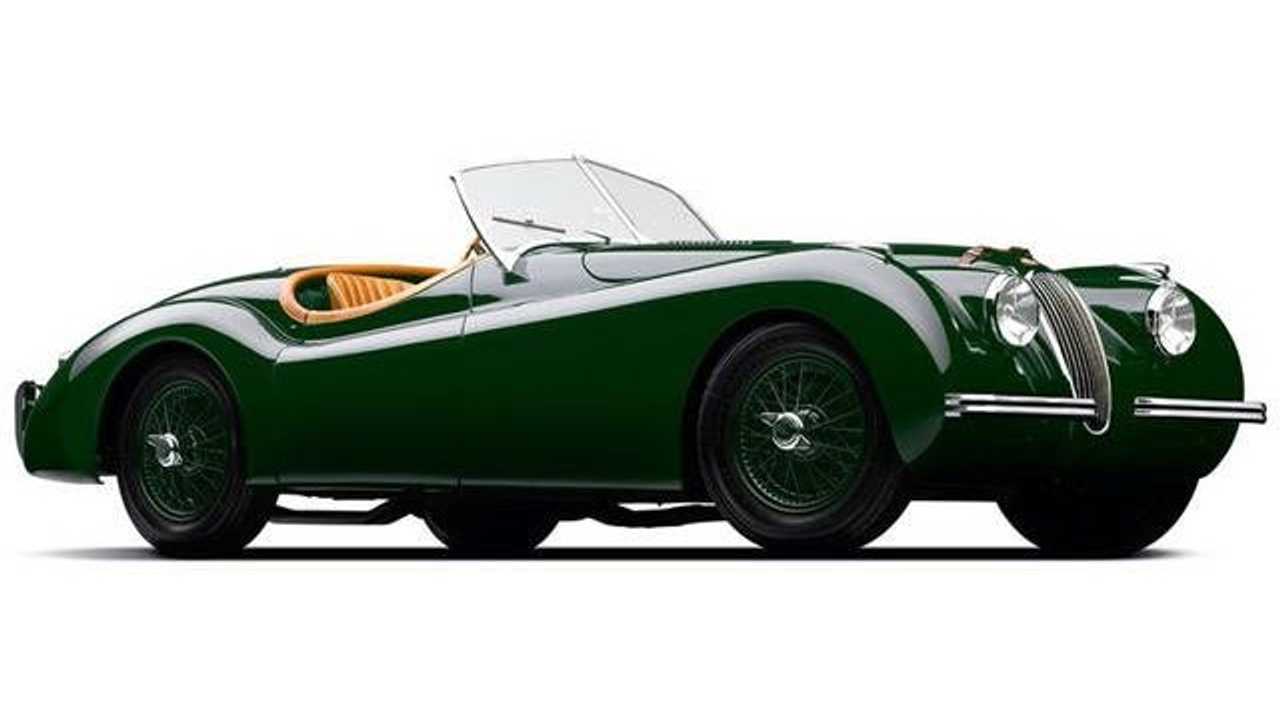 Another vintage gem in Lauren's stash is this curvacious vintage Jaguar XK120 Alloy Roadster. The '120' in its name stands for the car's top speed of 120 miles per hour, an impressive feat for its time. In fact, this Jaguar model once held the title of fastest production car. To tie in that number again, only 120 examples were built using a lightweight aluminum body before converting over to steel. Today, the alloy versions are more valuable than those made of steel.

Back then, World War II was making its mark on the car industry with manufacturers closing up shop because of insufficient funds and the lack of fuel and materials. To make matters worse, some of the factories were completely destroyed. Jaguar kept afloat through the difficult time by creating a new class of cars that were quick but also attractive, reliable, and overall inexpensive. 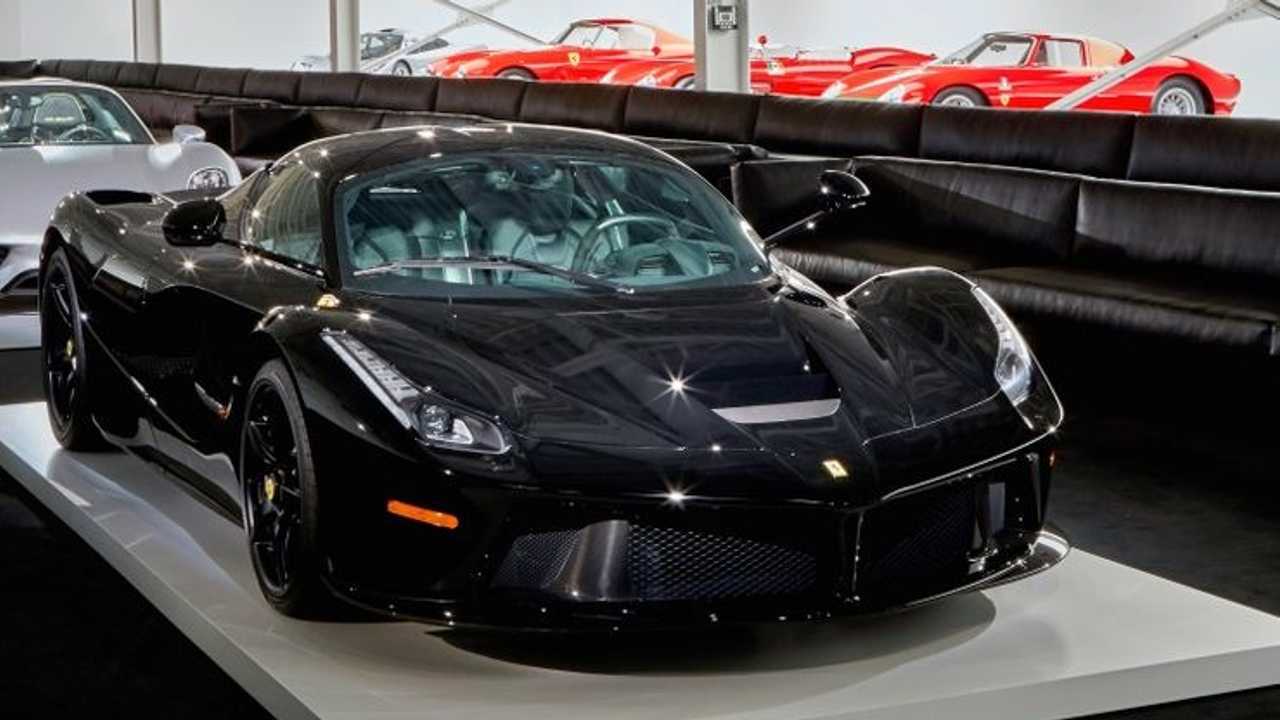 Simply meaning "The Ferrari", the LaFerrari was produced with the goal of sitting on top of the hypercar totem pole. This is the first car built by the Italian automaker that features the HY-KERS system where it uses a combination of both electric and gasoline motors. The LaFerrari's electric motor generates over 150 CVs and a monster V12 with an output of 800 CV. Ralph Lauren's LaFerrari is one of the rarer examples due to its shiny black exterior. 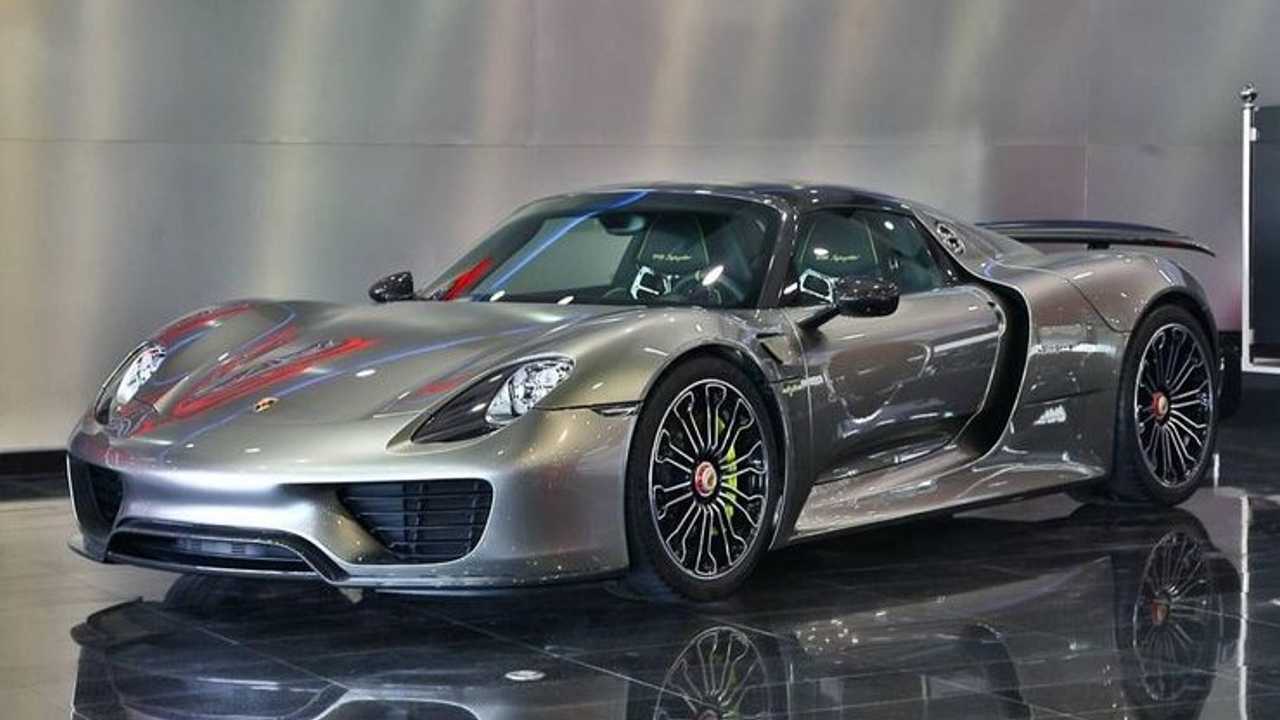 Ralph Lauren doesn't own just one Porsche 918 Spyder, but he owns two of these plug-in hypercars. Packed with potent performance, this incredible Porsche 918 Spyder is powered by a 4.6L V8 engine good for 599-horsepower along with two electric motors that produce an additional 282-horsepower. When you add everything together, this German beauty has a staggering 875-horsepower on tap. This hypercar can sprint from 0 to 60 mph in 2.5 seconds, and can reach a top speed of over 217 miles per hour.