In NASCAR, pit stops tend to be only slightly more exciting than the yellow flag laps they usually occur during, but Anheuser-Busch is trying to spice things up little with a fast-paced social media giveaway. During the 2020 Daytona 500 that's scheduled to take place on February 16, 2020, Busch – sponsor of Kevin Harvick's no. 4 Ford Mustang – will be giving away a specially wrapped Ford Mustang every time he makes a pit stop. 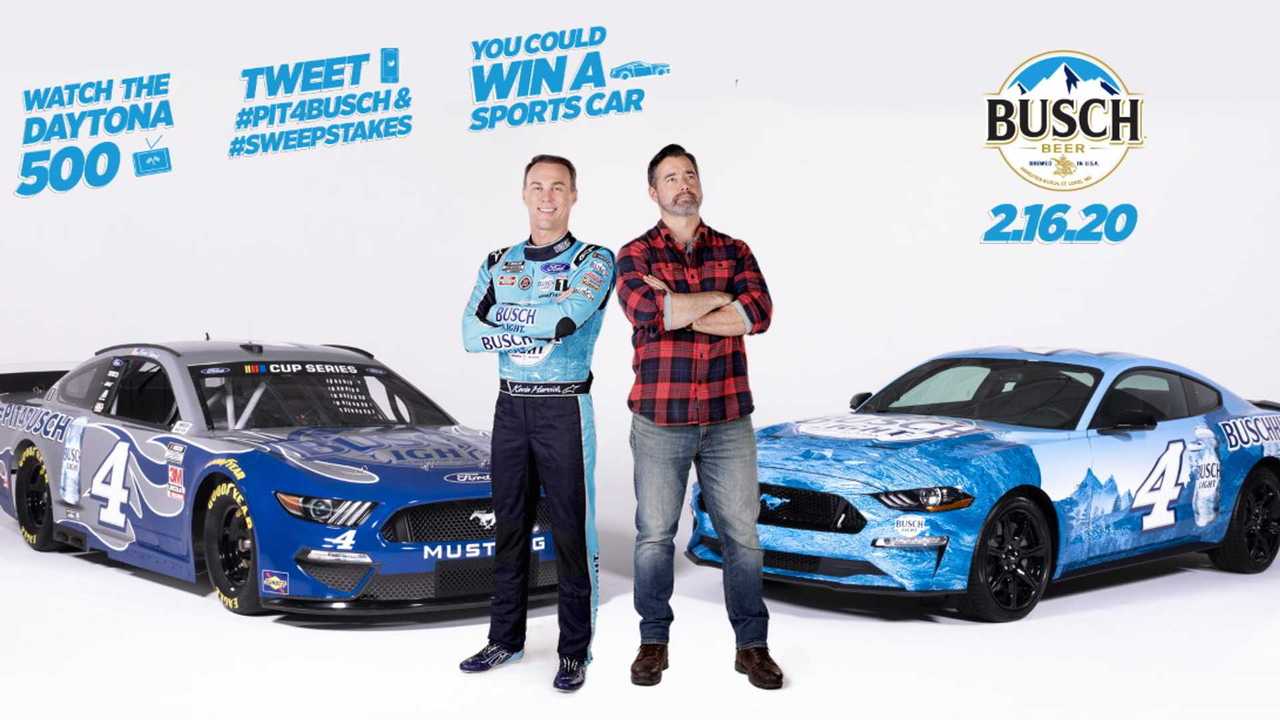 Green flag, yellow flag, it doesn't matter; anytime during the race when Harvick comes in for a pit stop, anyone who tweets with the hashtags #Pit4Busch and #Sweepstakes during the actual pit stop is entered for a chance to win a Ford Mustang; and don't forget to tag Busch Beer in the tweet.

That means every time Harvick makes a stop, someone will win one of these custom Mustangs. The tricky part comes from the fact that each of these "fastest sweepstakes in NASCAR history" must be completed while Harvick's car is being worked on – not just driving down pit lane. According to NASCAR, Harvick made just five pit stops during the 2019 Daytona 500 with the longest taking only 15.79 seconds, so you're going to have to be pretty quick with your Twitter fingers.

Each car has been specially wrapped with the Harvick's no. 4 on the doors and hood, but instead of the racecar's flame-like livery, the giveaway Mustangs feature a background similar to that of the Busch Light label. 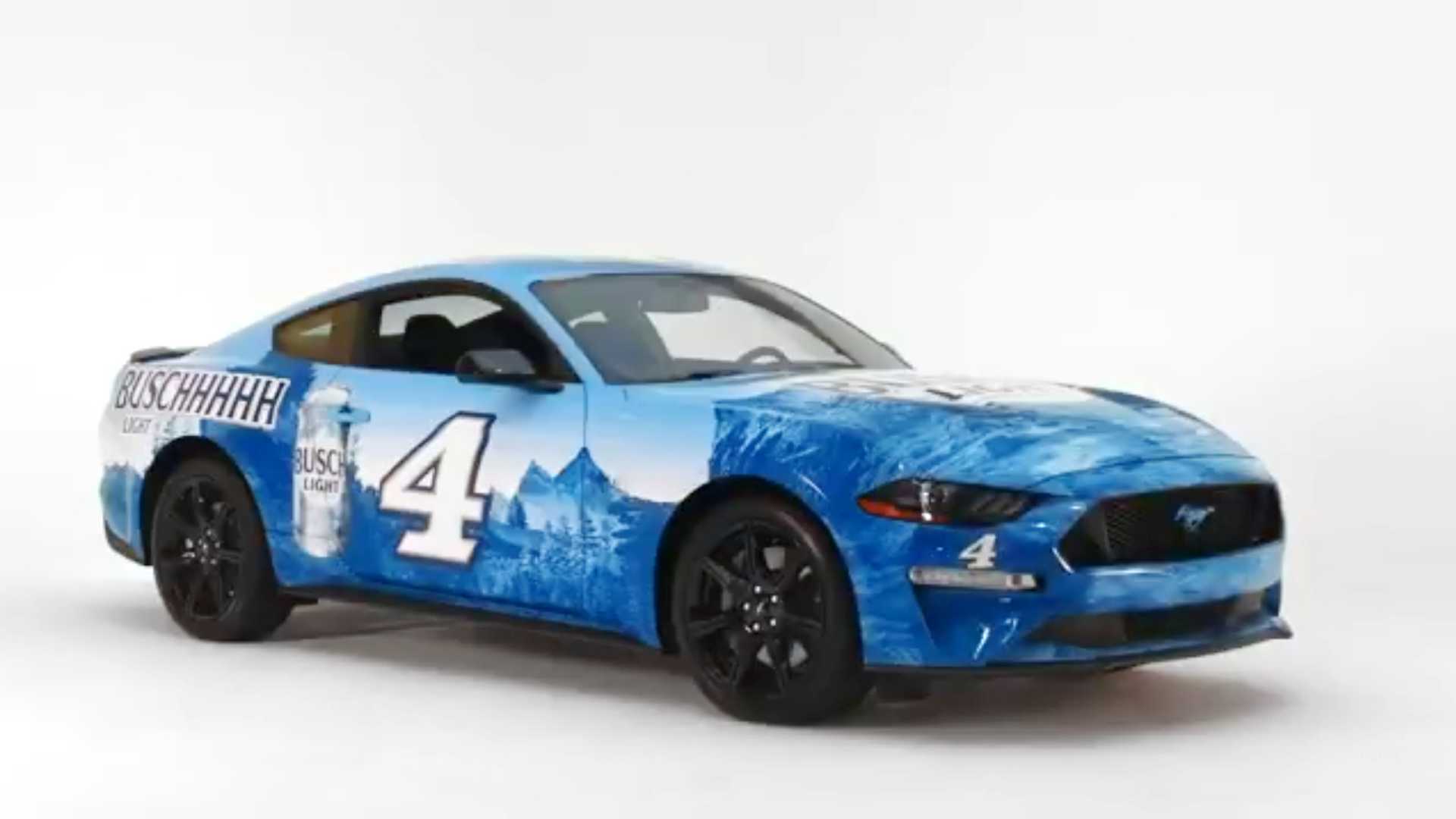 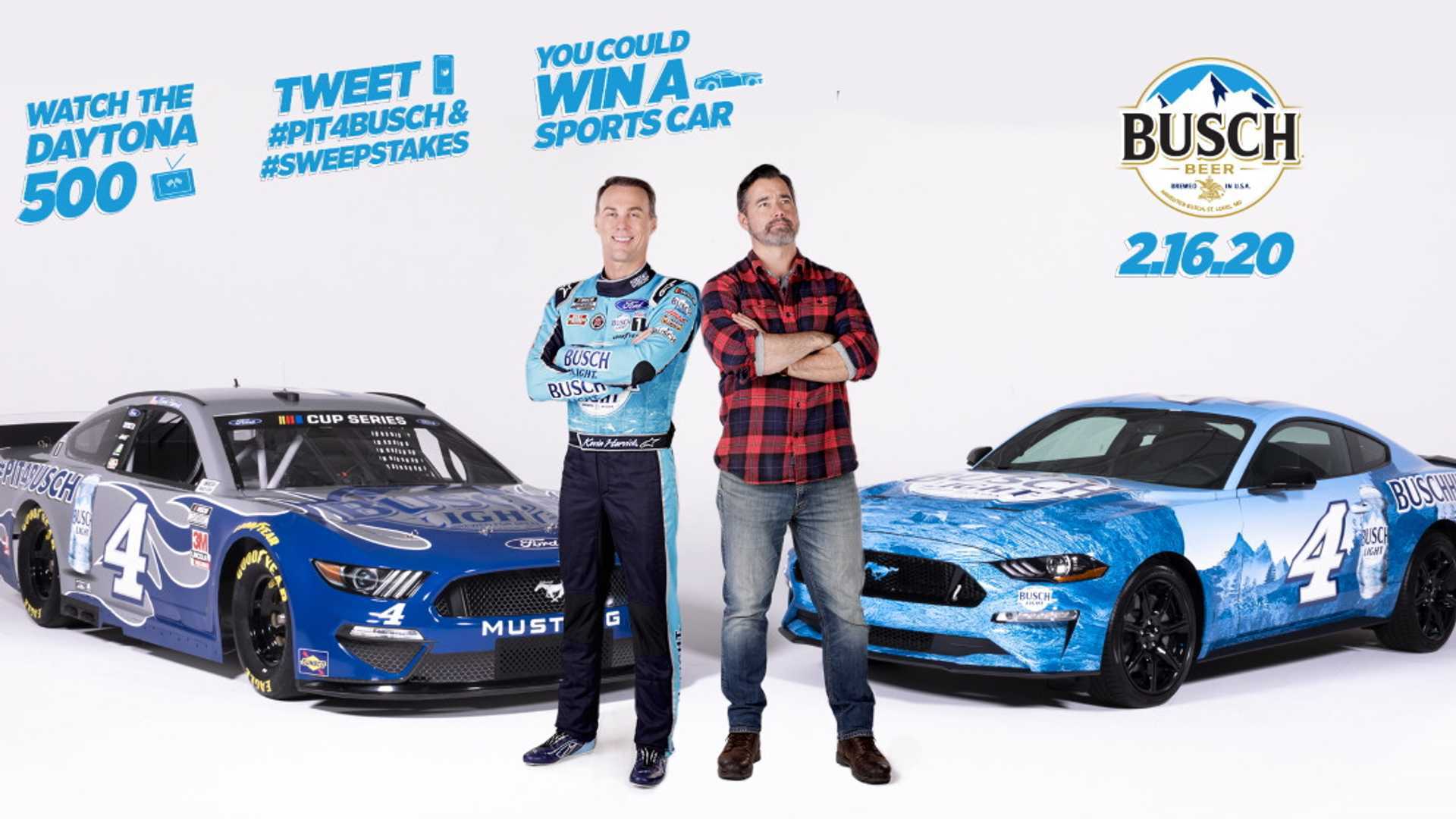 Harvick had this to say about the giveway:

You can’t win in NASCAR without a fast, efficient pit crew, and my guys are the best. Fans are going to have to be just as quick this year if they want to take home a new car of their own. 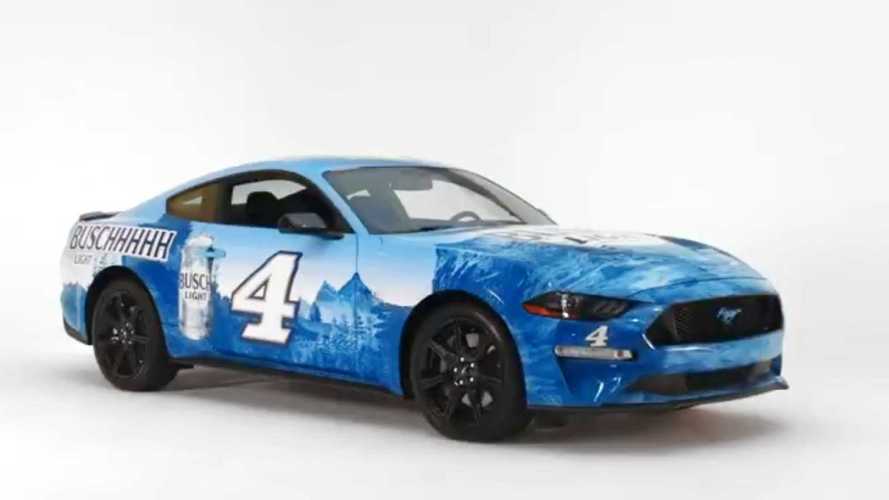