After something luxurious and powerful, but free from modern gizmos and Bluetooth connectivity? Check out this 1940 Packard 180

Vintage cars can be one of two things; charming or sinister. Should you cross paths with a Cadillac V16 down a dark alleyway, chances are you’d fill your breeches. Yet, stumble across a Ford Model-T upon the village green, and the smell of fuel and age-old leather will leave you all warm and fuzzy. Finding a pre-war machine that straddles both these mantras is tricky. However, we think we’ve found one.

Check out this vibrant red 1940 Packard 180 Darrin Convertible Sedan up for grabs with the Classic Car Club Of America. At little under $190k, this restored beast offers the price tag of a second-hand Maybach, yet oozes style and grace for your efforts.

Engineered to take over from Packard’s slow-selling Twin Six as the marque’s top-of-the-line luxury flagship for the 1940 model year, the 180 powered along with running gear derived from the Super Eight One-Sixty – an in-line eight cylinder, 356 cubic inch unit developing 160hp. By contrast, Cadillac’s rival V8 mustered some 10hp less.

For 1940, air conditioning became an option; a market first on any stock automobile. Just to push the boat out further, the Packard 180 also offered power windows – a further industry first. Yet, air con and electric windows are far from this machine’s only merits. As a cruiser to drive, or be seen in, nothing comes close. 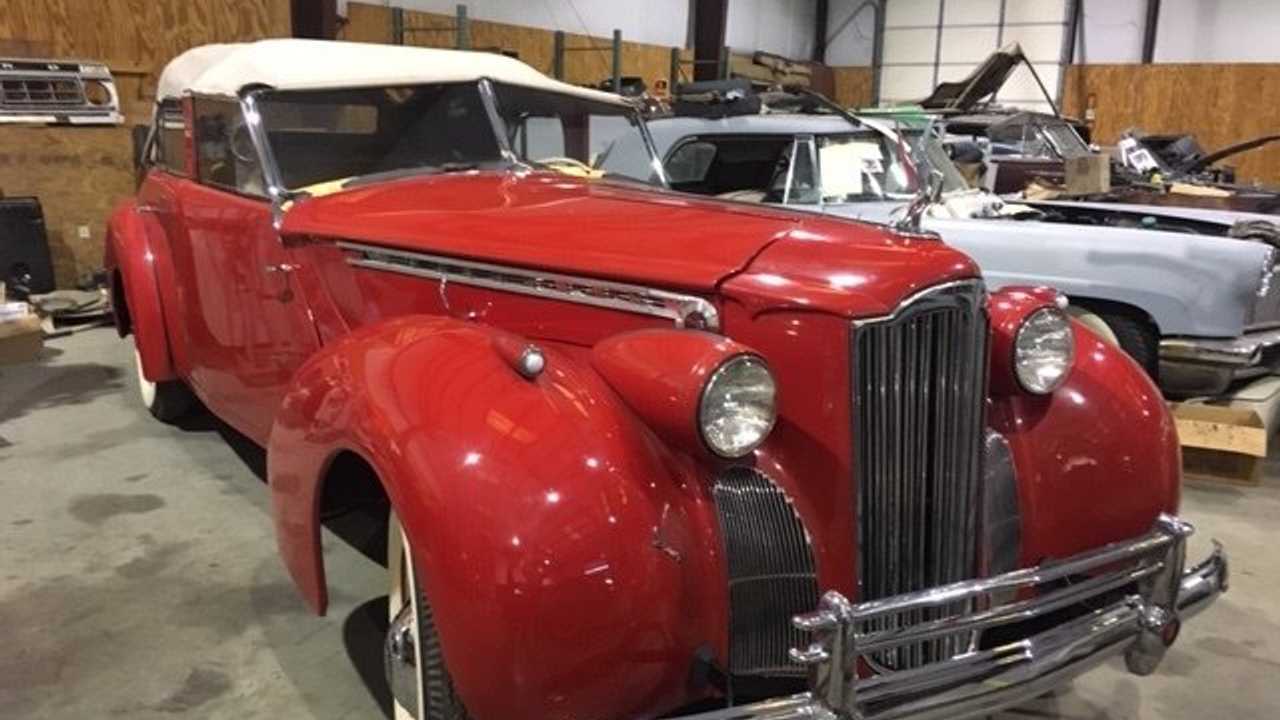 From that lengthy, sweeping bonnet to the rear haunches that radiate art deco swagger, when prowling along the freeway, little else commands such respect. Grumbling by with an exhaust note reminiscent of fat people mud wrestling down a well, with a snout that could slice through diamond, the 1940 Packard cuts a mean figure across contemporary traffic.

Then, when cosseted by the plush interior and traversing America’s back roads or cityscapes, the 79-year old vehicle provides enough supple comfort to find all passengers beyond relaxed. In the cooling atmosphere of summer’s twilight, the shape can appear somewhat alluring. It’s a fine blend of aristocratic style and gangland clout.

As for the example on offer from the Classic Car Club Of America, this 1940 Packard 180 was restored some nine years ago, but has barely been used since. So, after a prime slice of historic power that’s ready to hit the road? Check the vehicle out here.