Police arrested three men in possession of the stolen exotics.

On January 31, the Brookhaven, Georgia police department was on the lookout for a stolen Rolls-Royce Wraith, and soon after, the high-priced coupe was discovered in a Georgia motel parking lot along with a pair of Maserati Ghibli sedans. Last week, the Brookhaven Police Department announced on its Facebook page that all three exotic cars had been discovered and three men were arrested in connection with this crime. 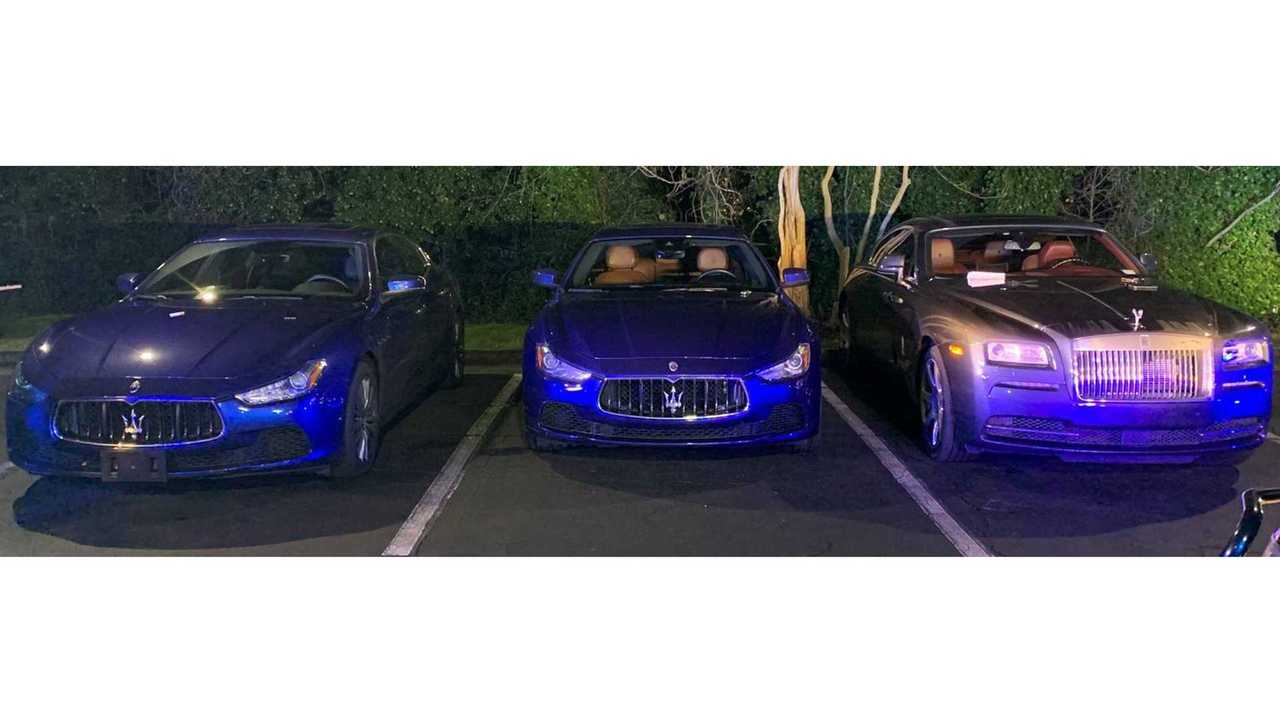 According to the BPD, Yves M. Amakon, 31, of Snellville, Georgia; Lester R. Price, Jr., 30, of Houston, Texas; and Julian Callahan, 24, of Katy, Texas were all arrested for receiving stolen property after police had staked out the three cars and just waited for the men to return. As the picture shows, all three cars were all backed into adjacent parking spots, which must have looked suspicious enough, making it easy for police to spot the cars. Officers then just had to wait for the men to return to the cars, and as soon as they tried to make entry, they were all taken into custody. As it turns out, these vehicles had been stolen from a dealership in Texas, and while it's unclear what, if any, damage happened to the cars, all three have been returned to Texas; it's also unclear whether these were dealer-owned vehicles or customer cars.

The Wraith was introduced in 2014 as a two-door version of the Rolls-Royce Ghost sedan, and that same year, Maserati revived the Ghibli nameplate for its entry-level, mid-size sedan. The specifics of each vehicle aren't known, but depending on the age and equipment of the vehicles, a Wraith is valued at around $180,000 for an early example and up to $322,000 for a brand new model. The Ghibili sedan is worth between $30,000 for an first-year sedan in avearge condition up to $71,000 for the 2020 model year.